Where in the World is Dave?

Based on a photo Dave sent to me this afternoon, can you tell where he is? There's one clue in the photo. 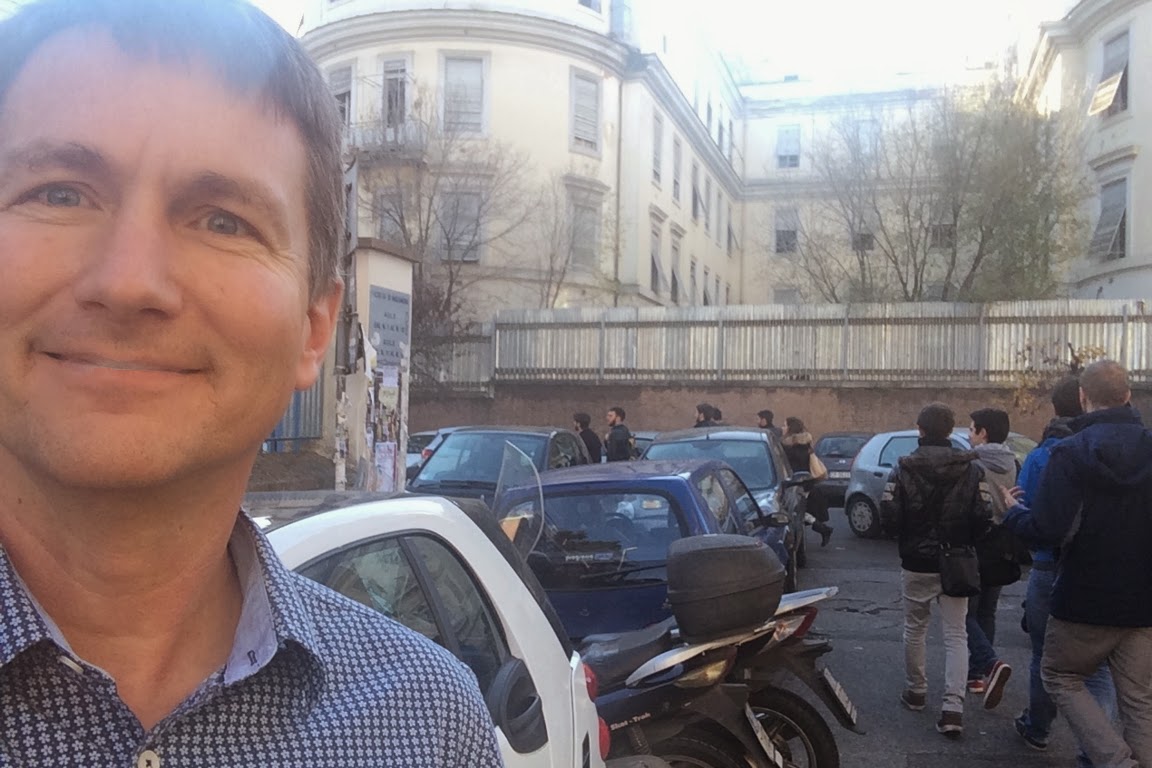 How about from his meal today? 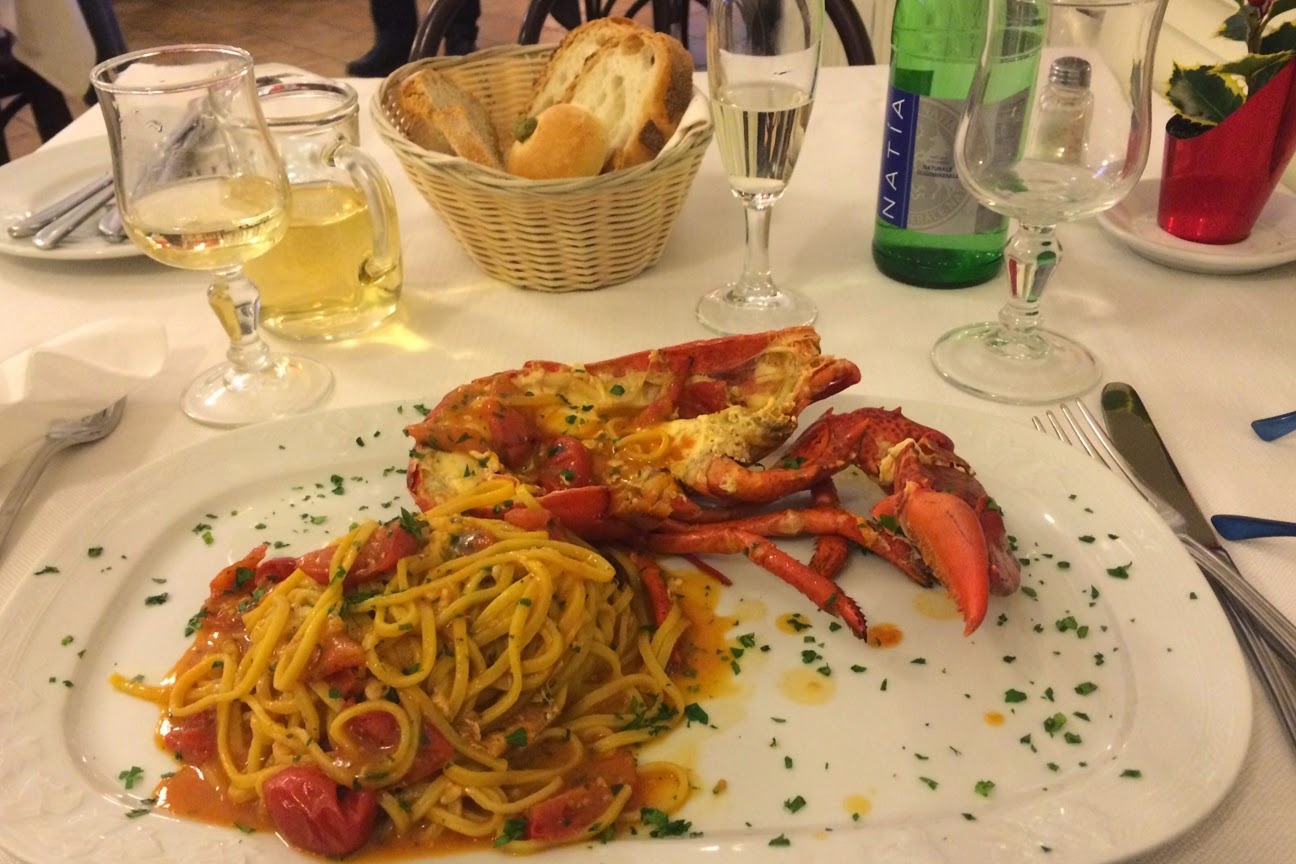 Does the writing on the menu outside the restaurant give it away? 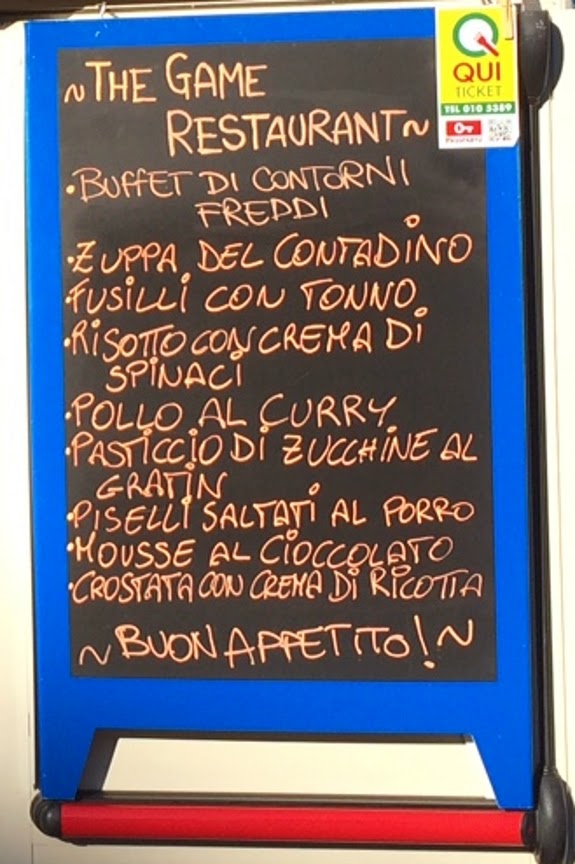 A scooter, pasta and Italian writing. Any guesses?

Yep, he's in Italy! Rome, to be precise. He was invited there to be part of a leadership consultation with Bobb Biehl, an executive mentor who founded Masterplanning Group International in 1976. He's there until Friday. And what's new at home with me? Oh you know, after coming home from the doctor this afternoon I walked into the house and found this. 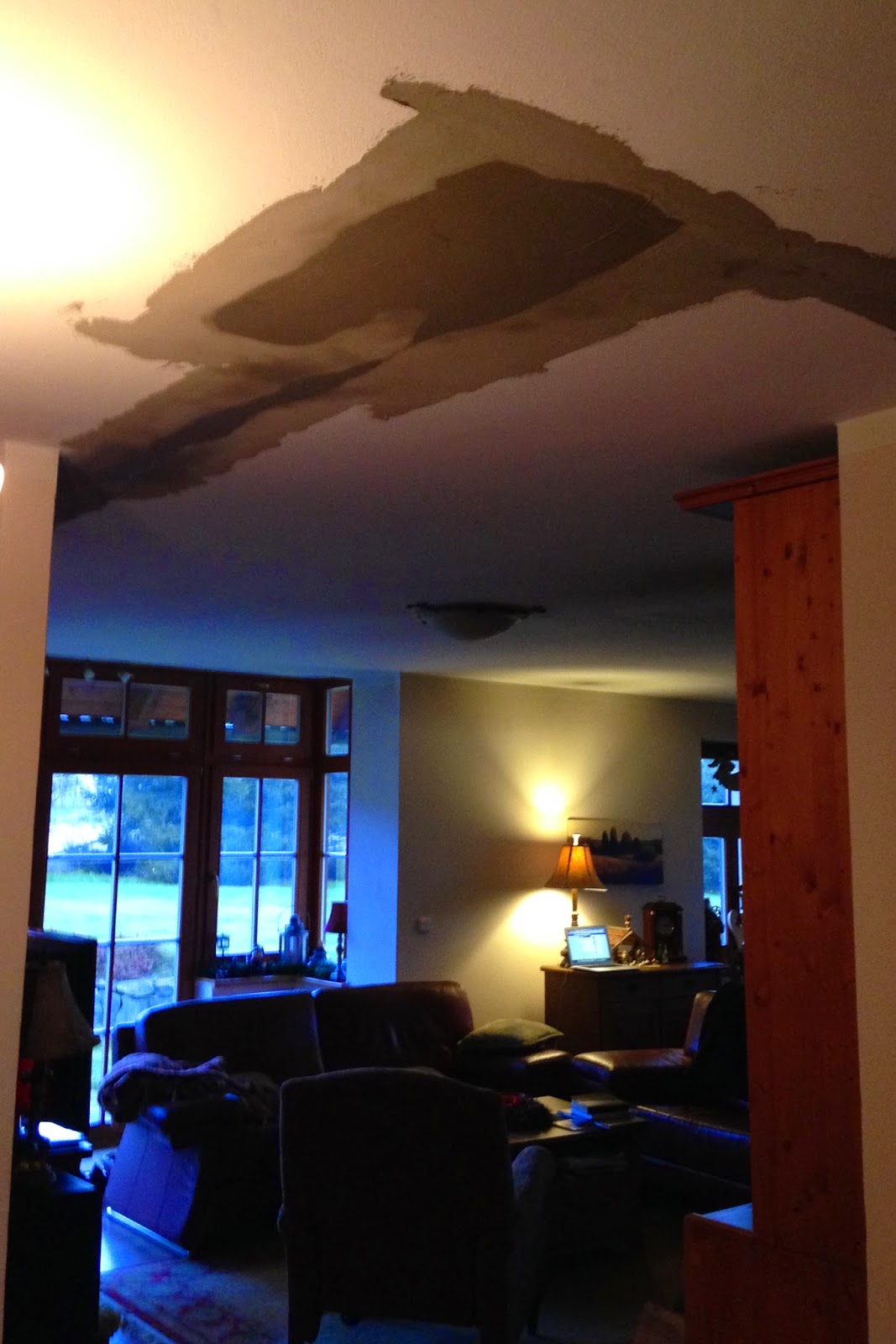 Yes, it surprised me too!

It's a repair on a huge crack in our ceiling - so it's not a bad thing, but a good thing. I just didn't know it was going to happen today, while I was gone! (A friend had called the repairman for Dave and arranged it)

Ah well, those things are to be expected when Dave is gone! 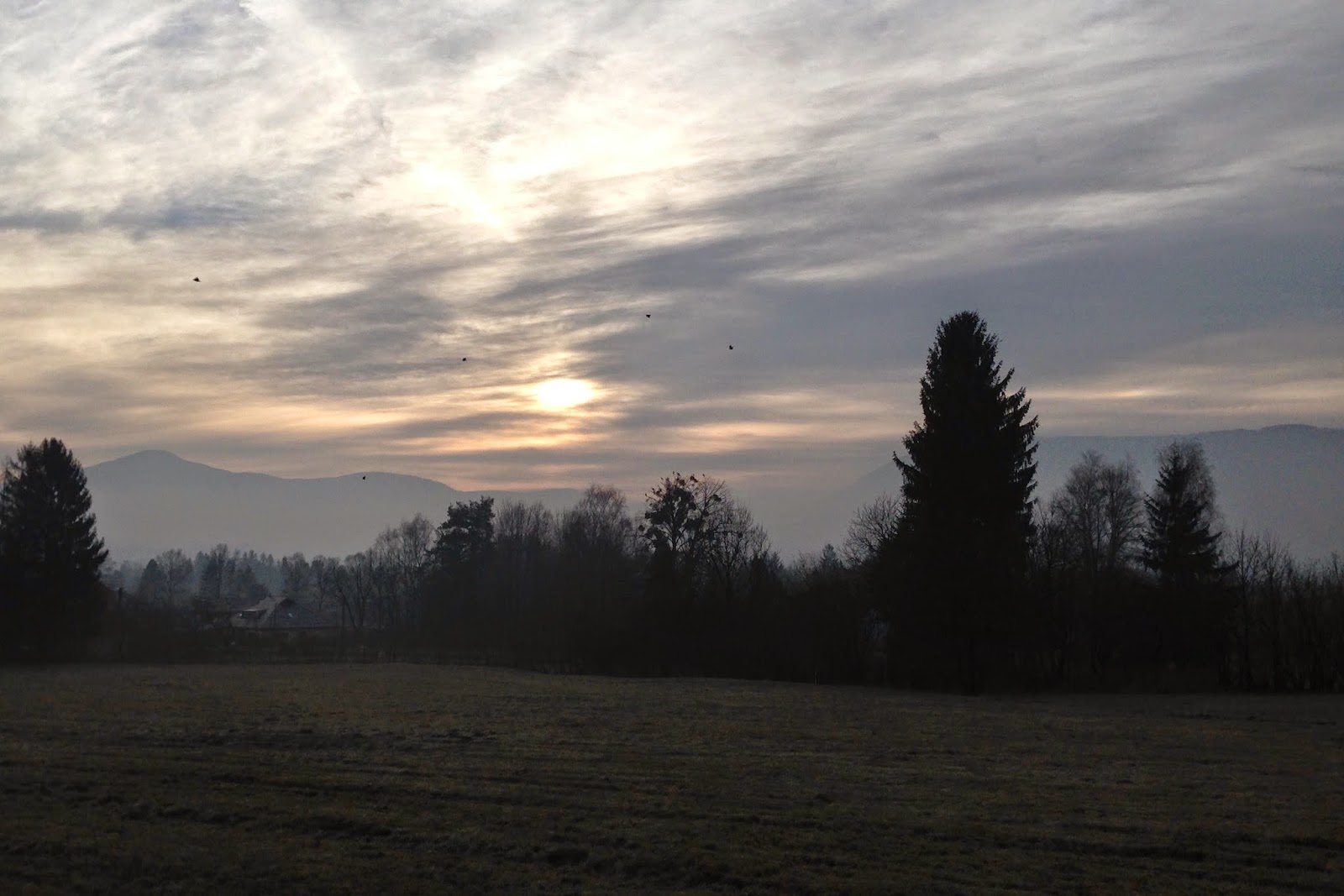