After saying goodbye to Caleb and Haley as they left for Bratislava on Sunday afternoon, this is sure not the scene I expected to see at our house on Monday night.

Caleb back in the house. 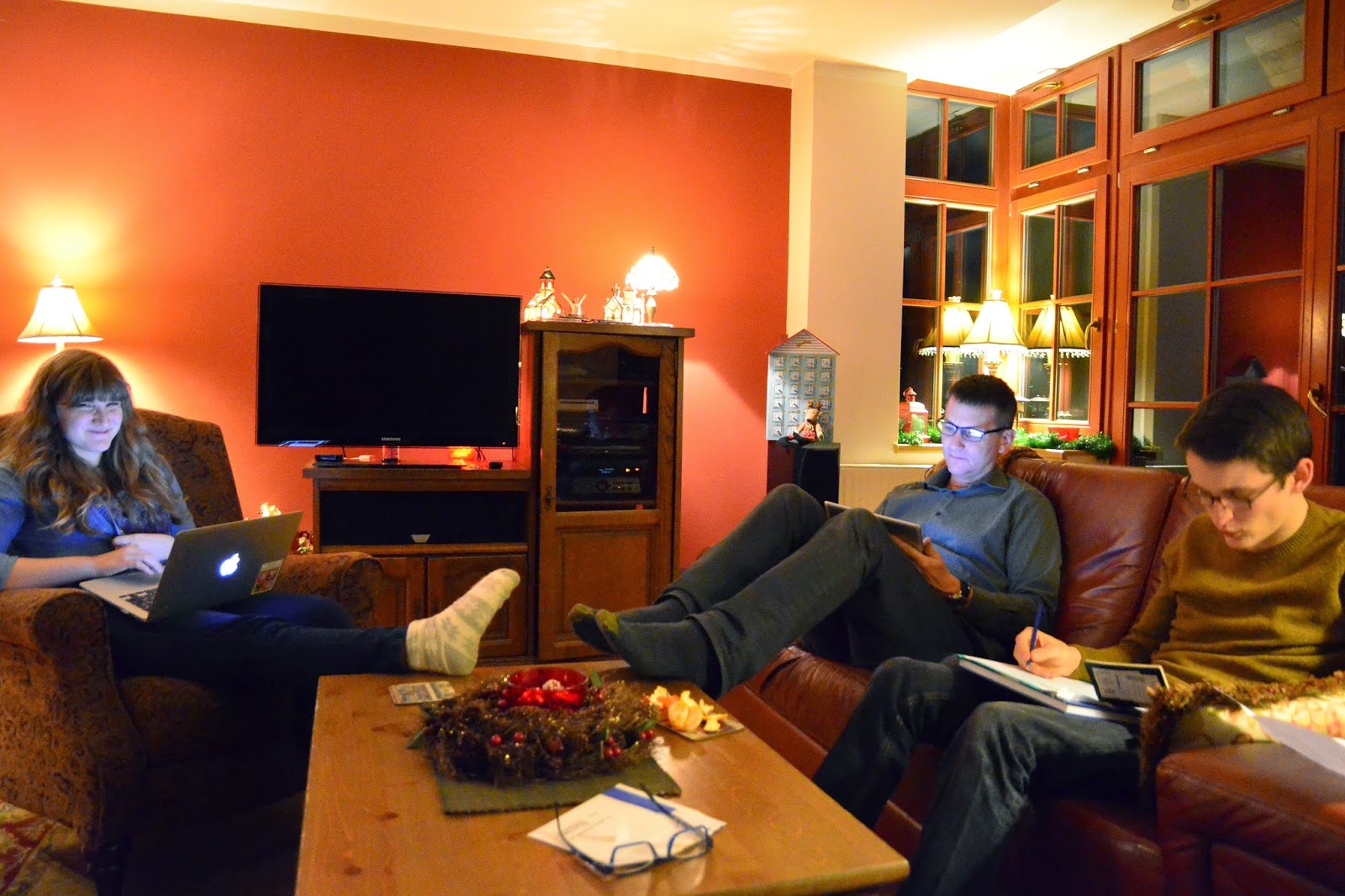 The reason for his return is a very special one.

Dave had gotten news of a unique opportunity earlier this fall, but only yesterday was able to take Claire into Ostrava to a government office to find out all the specifics (since she had to be present to start the process).

Once the officials confirmed that what Dave had heard was true and possible, we all moved into motion yesterday afternoon: Claire, Dave and I searching our house for documents, and Caleb getting back on the train in Bratislava and heading home to be here in time for an early morning trip to the government offices.

That meant filling out forms late last night when he got home! 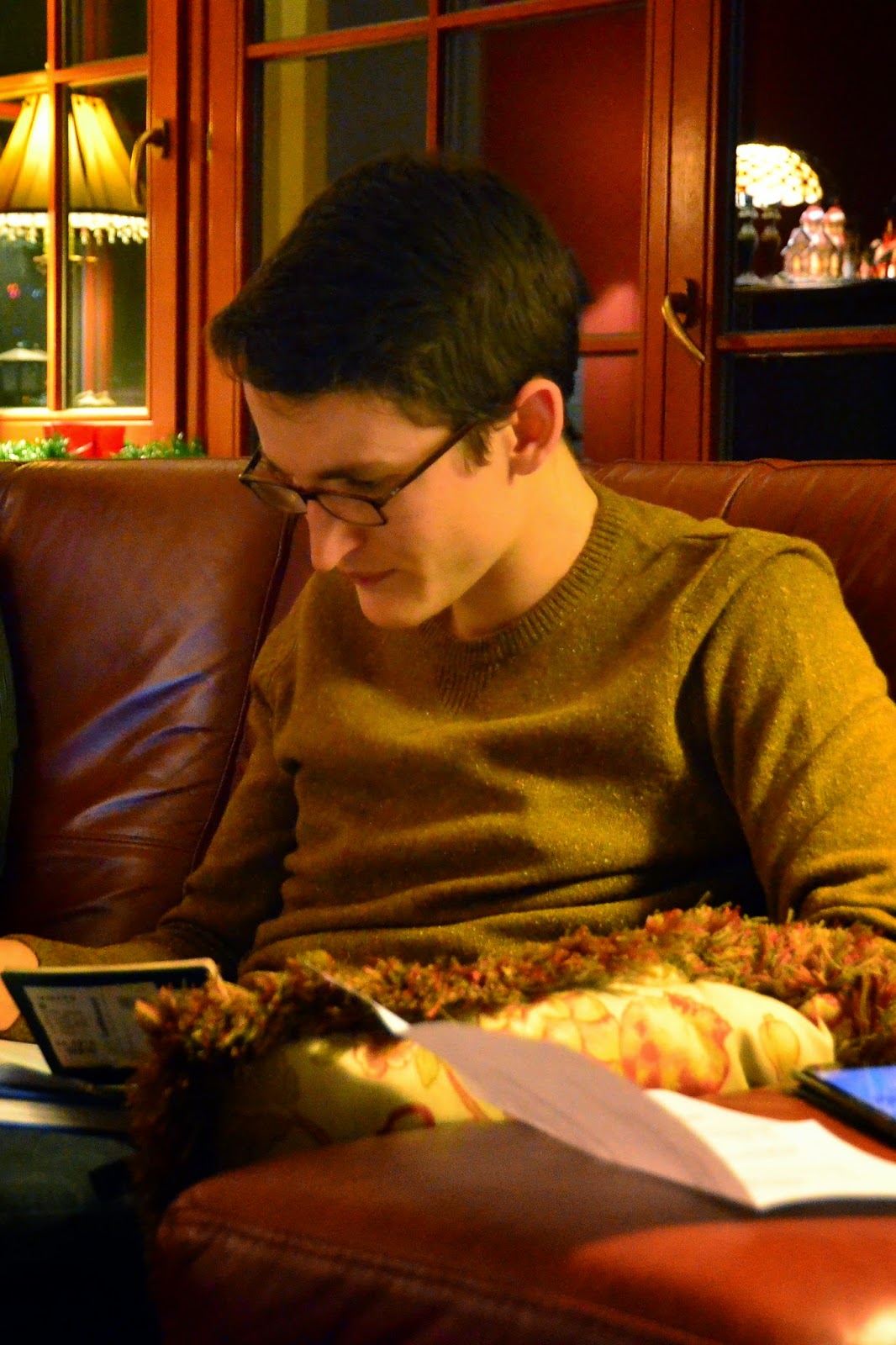 So that he and Claire could be here this morning. 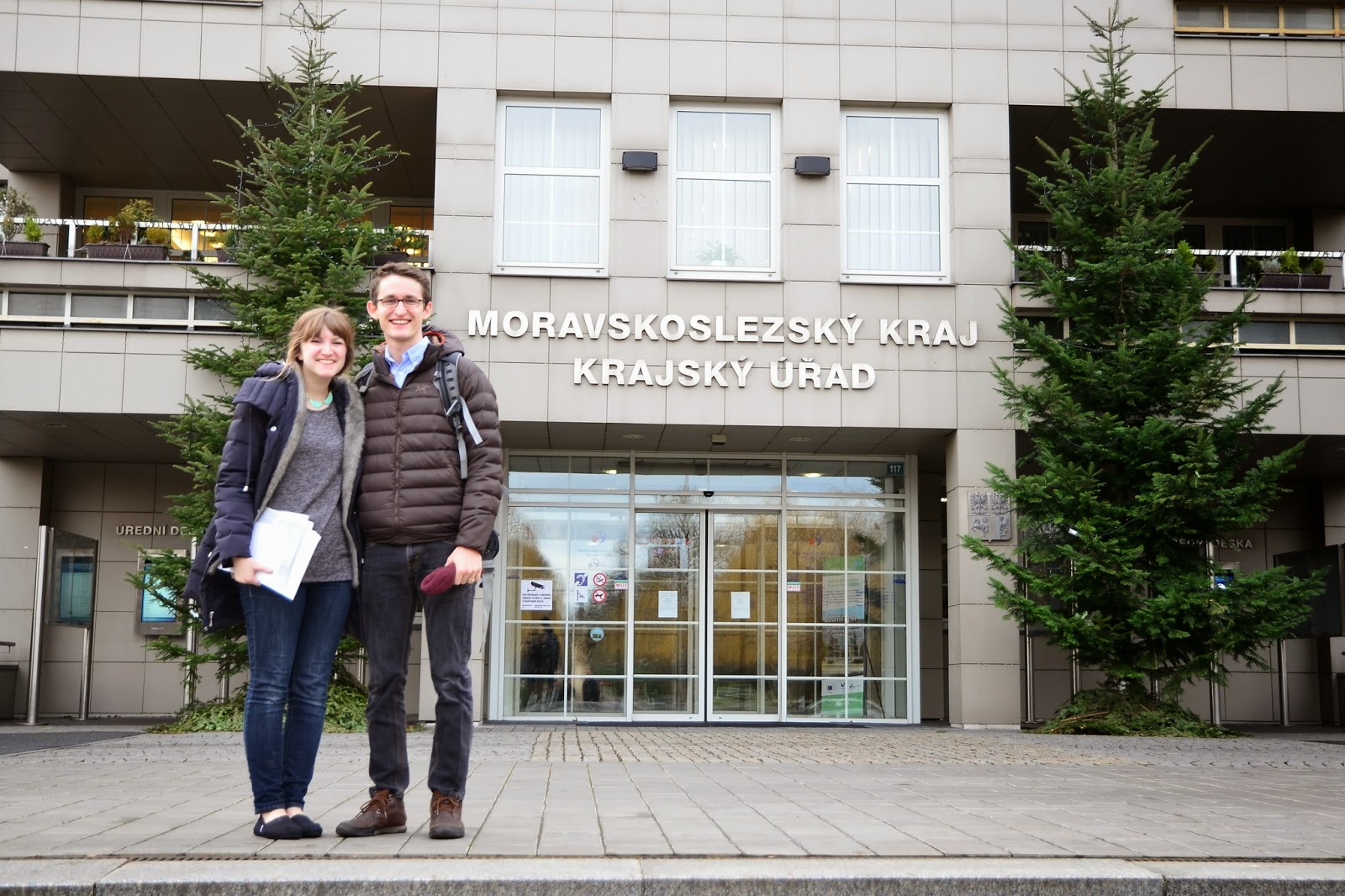 There is a unique opportunity behind this very door: it is where Caleb and Claire can apply for their Czech citizenship! 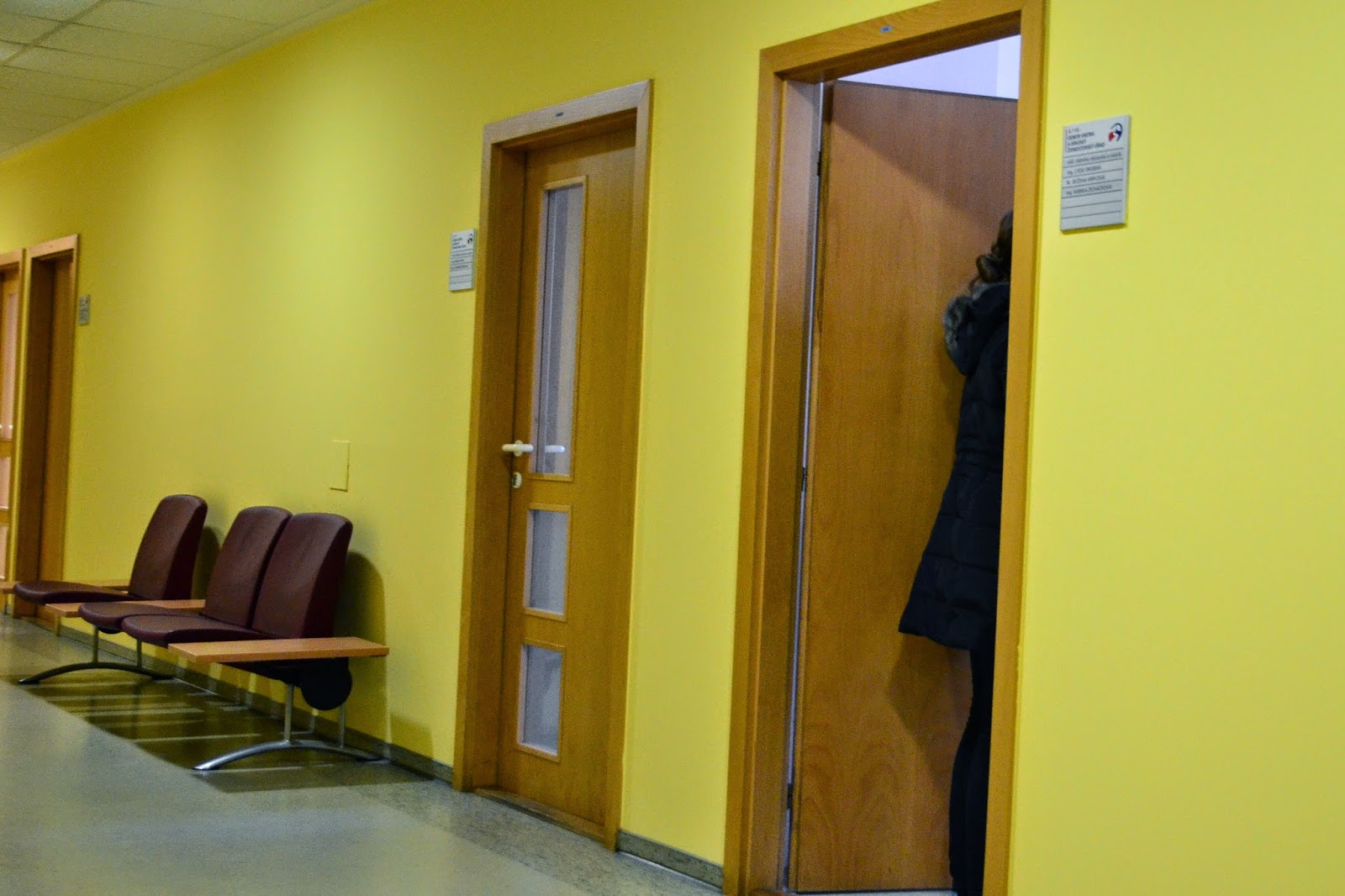 A new law was passed in Czech this year that allows young people who have spent two-thirds of their life in Czech, and have not yet reached the age of 21, to become Czech citizens.

Since 2014 was the first year of the law, they made an exception for those who are already 21 (like Caleb) to still be able to apply before the end of the year. After December 31st, a person can only apply for citizenship after their 18th birthday, and before their 21st. So he barely made it under the wire!

Dave, Caleb and Claire spent an hour in the government office this morning, each working separately with an official to work through all the documentation. One of the things we had to find were all of their report cards, even from 'skolka' (kindergarten)! You would think I'd have those in one location in our house, but no! They were in six different places!

But after an hour, they came out with smiles on their faces. 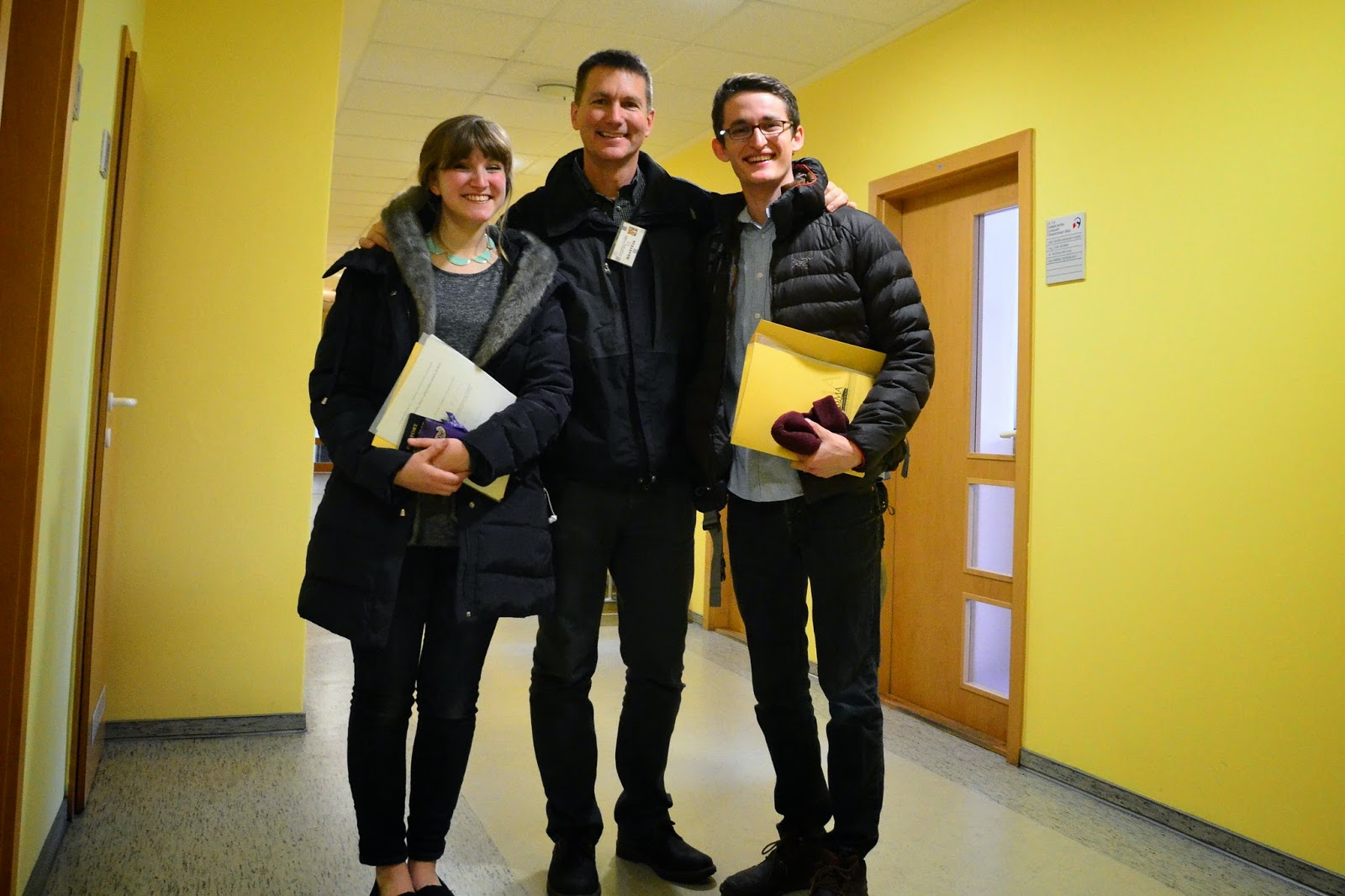 These are our soon-to-be Czech citizens!!! 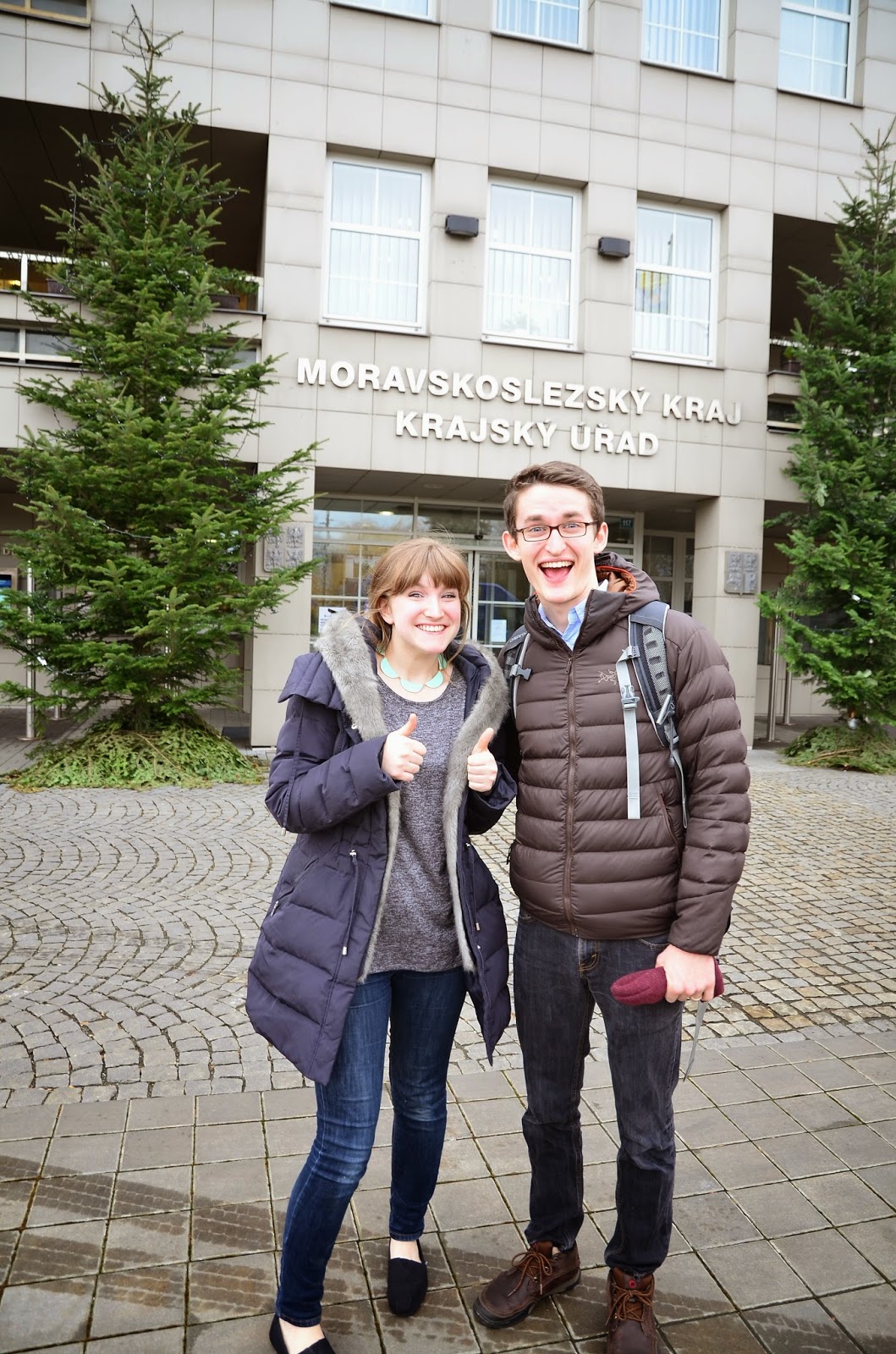 Why would they want to be Czech citizens you might ask?

Well, it allows them to return to Czech, and go anywhere in the EU, without having to go through the process of visa application (if you wonder why that's a big deal, ask any missionary who's had to go through that process!). Since they both feel God's call on their lives to return at some point to Central and Eastern Europe, this makes it much easier for them.

But mostly, it gives them roots and connection to their home country, which is actually Czech.

Although they hold American passports and feel very warmly about their passport country, they spent their entire lives (up until college) here. So to be a Czech passport holder means that they can actually belong to both places now! See HERE for Claire's blog post that shares her heart response to this opportunity.

After the application process, we rushed Caleb back over to the train station so he could make the 11 AM train back to Bratislava in time for a 17th birthday celebration for Ian, his brother-in-law! I bought him a little coffee out in front of the train station to help him stay awake for his three hour train ride. 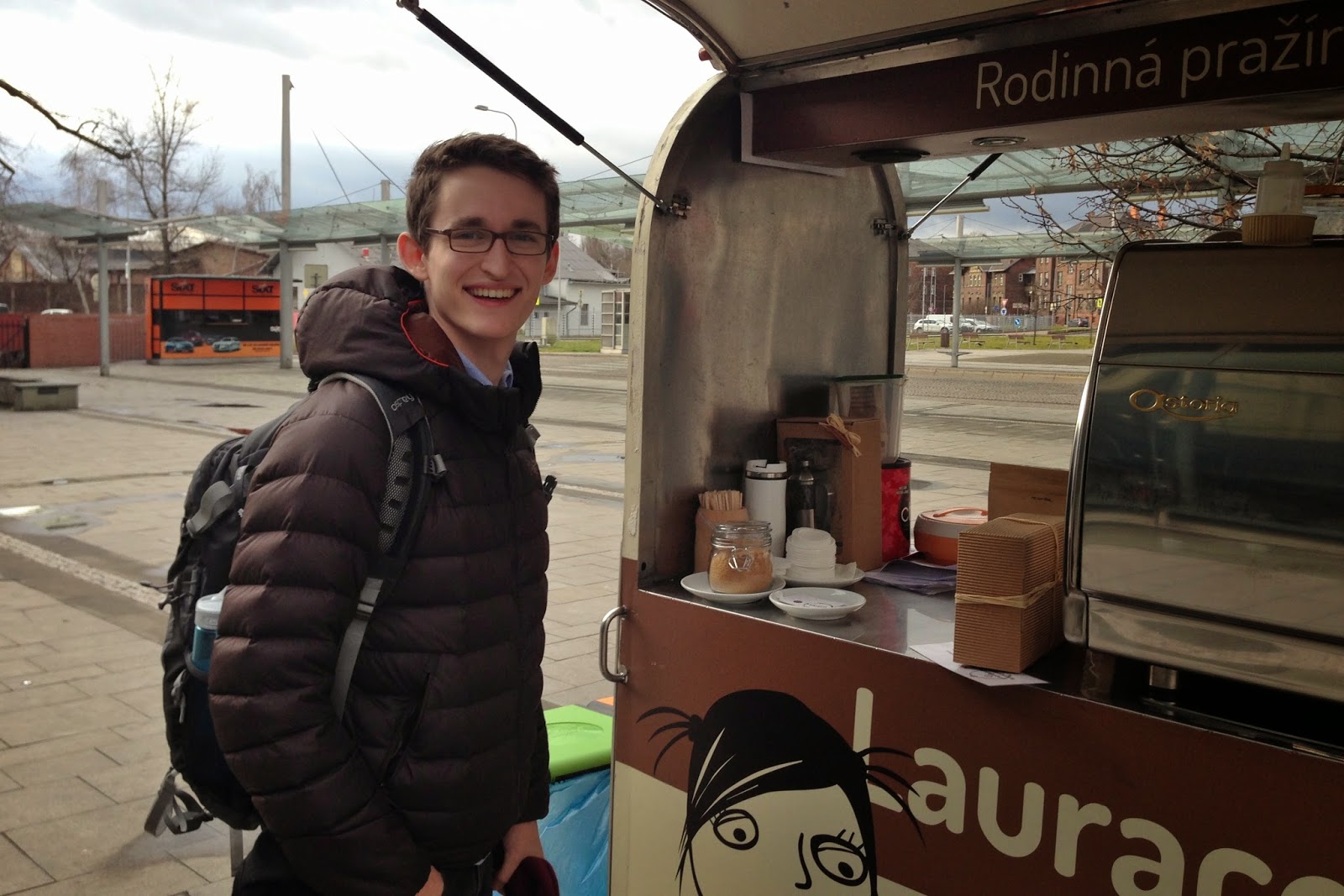 We grabbed a quick selfie and then he rushed off to catch his train! 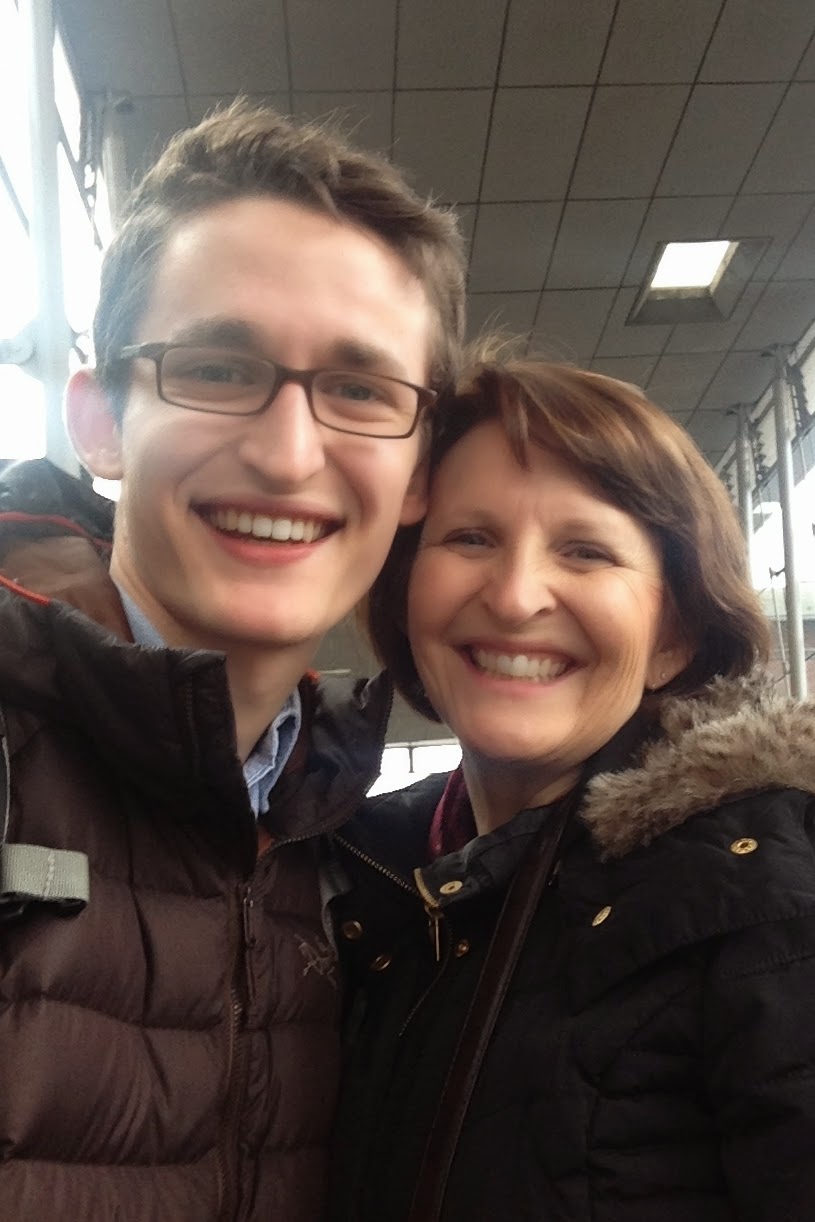 What an unexpected surprise and gift this Christmas season, for our kids to become Czech citizens. That makes my heart so happy that they love the country of their childhood.

Be sure to read HERE for Claire's perspective on getting her Czech citizenship!
Posted by Unknown at 4:01 PM