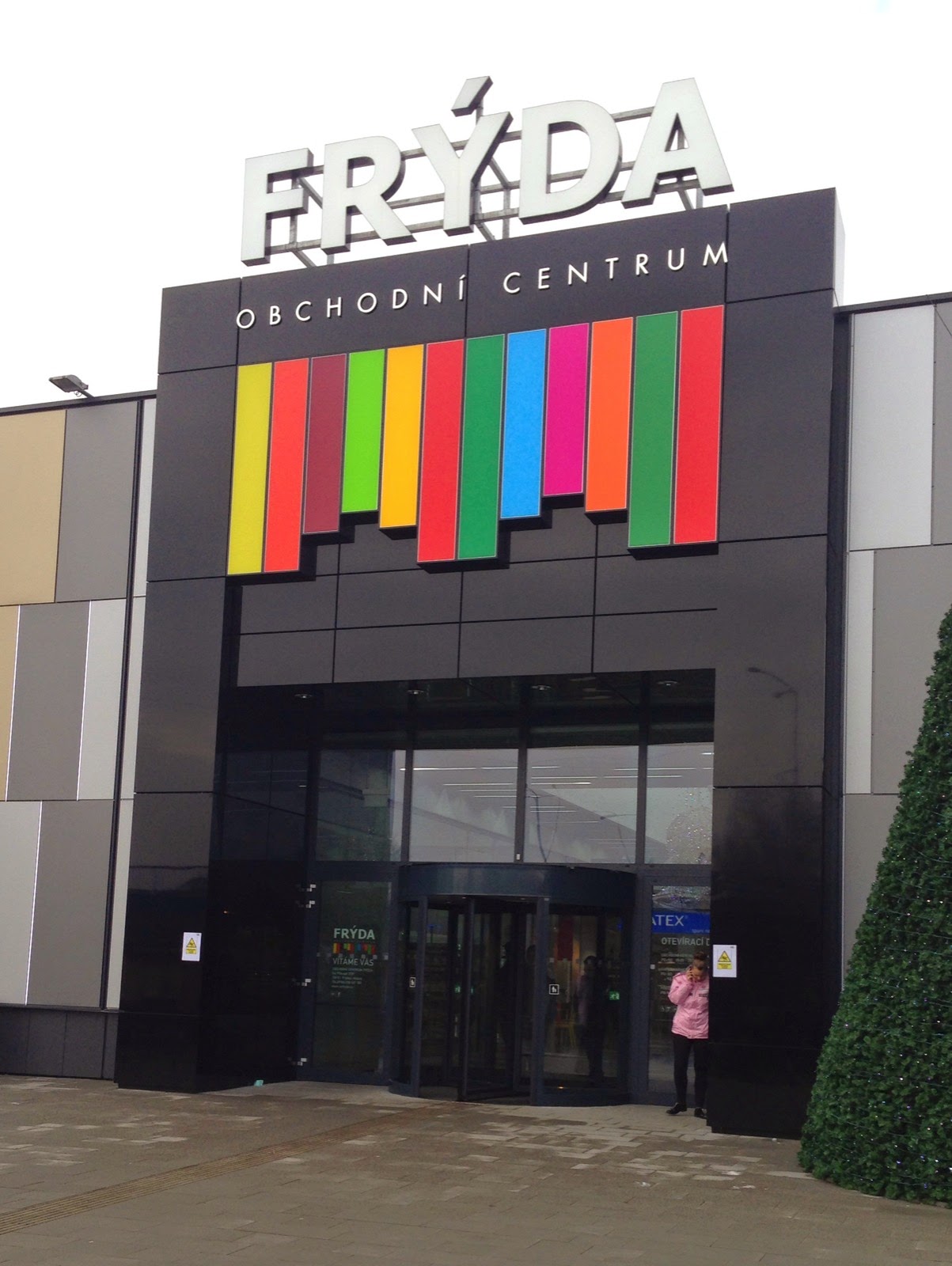 "She" is a new mall that recently opened in Frydek Mistek, the city nearest to us!

Situated right next to McDonalds which opened nearly three years ago, now I finally understand its location. I'm looking out from the mall to McD's. Guess they knew it would eventually go in next door! 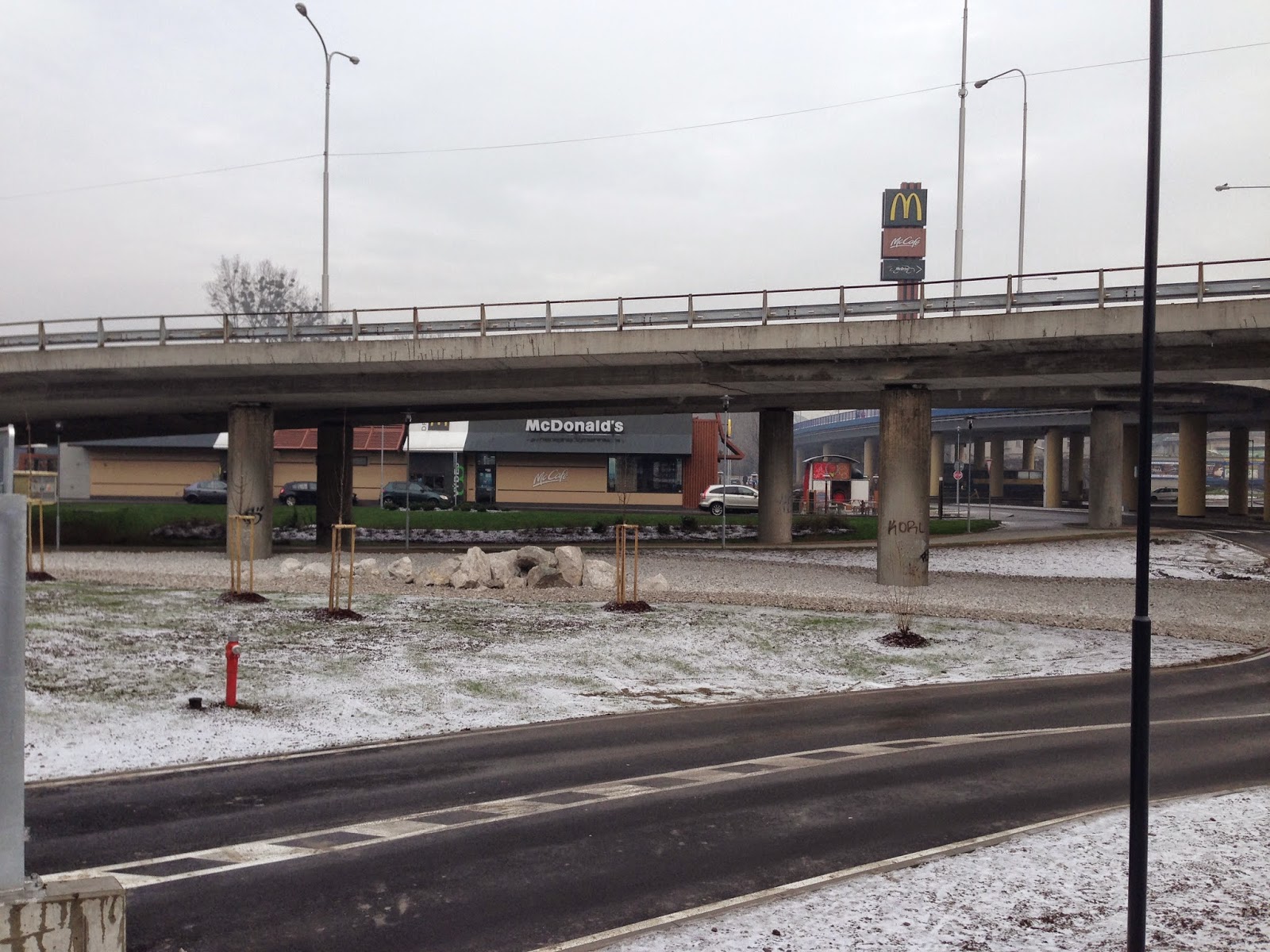 McD's used to be beside the old hockey stadium in town. When they started tearing it down, I wondered why McDonalds had chosen that location (other than the fact that a highway is up above).

But once they started building the mall, and a new, smaller ice stadium (just behind the mall), I understood their reasoning! 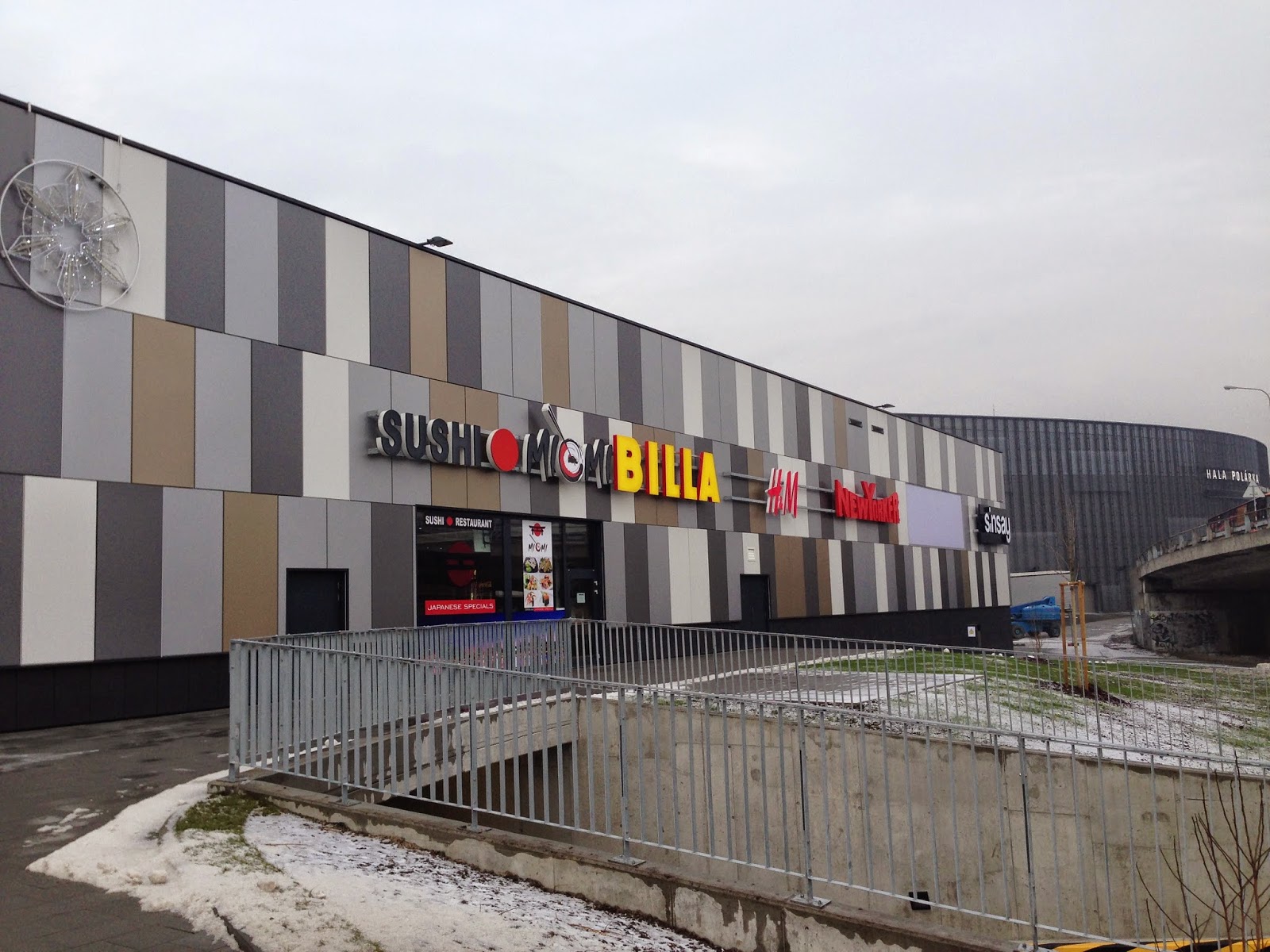 The facing of the mall has been the talk of the town. It's not exactly what you'd call an eyesore, but it's not really on the classy side either. For months I've wondered if the person who made that decision also worked on the interior.

I was glad to see that it had a different feel to it than the outside! 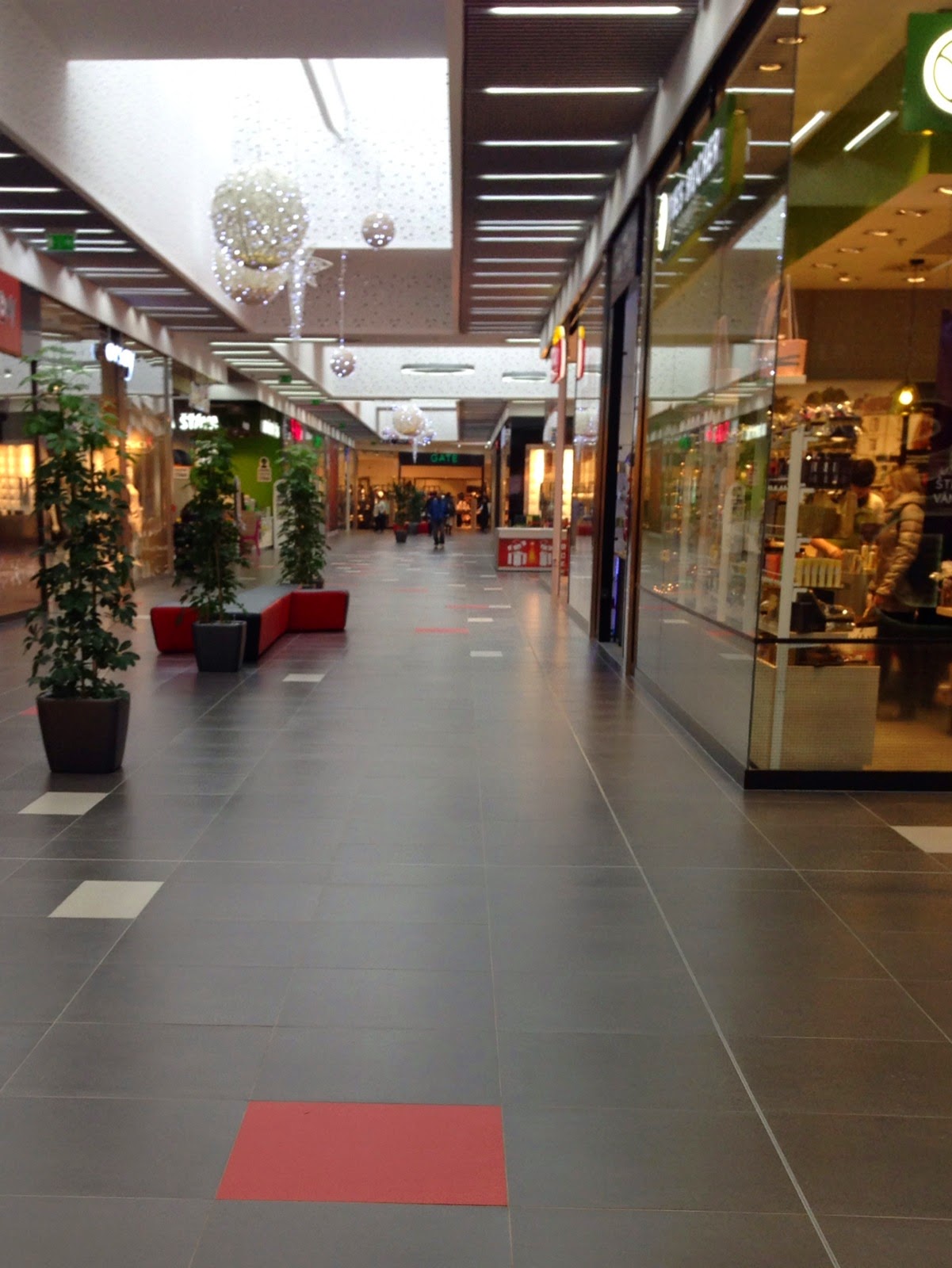 Not only that, it's got happy Christmas decorations up! 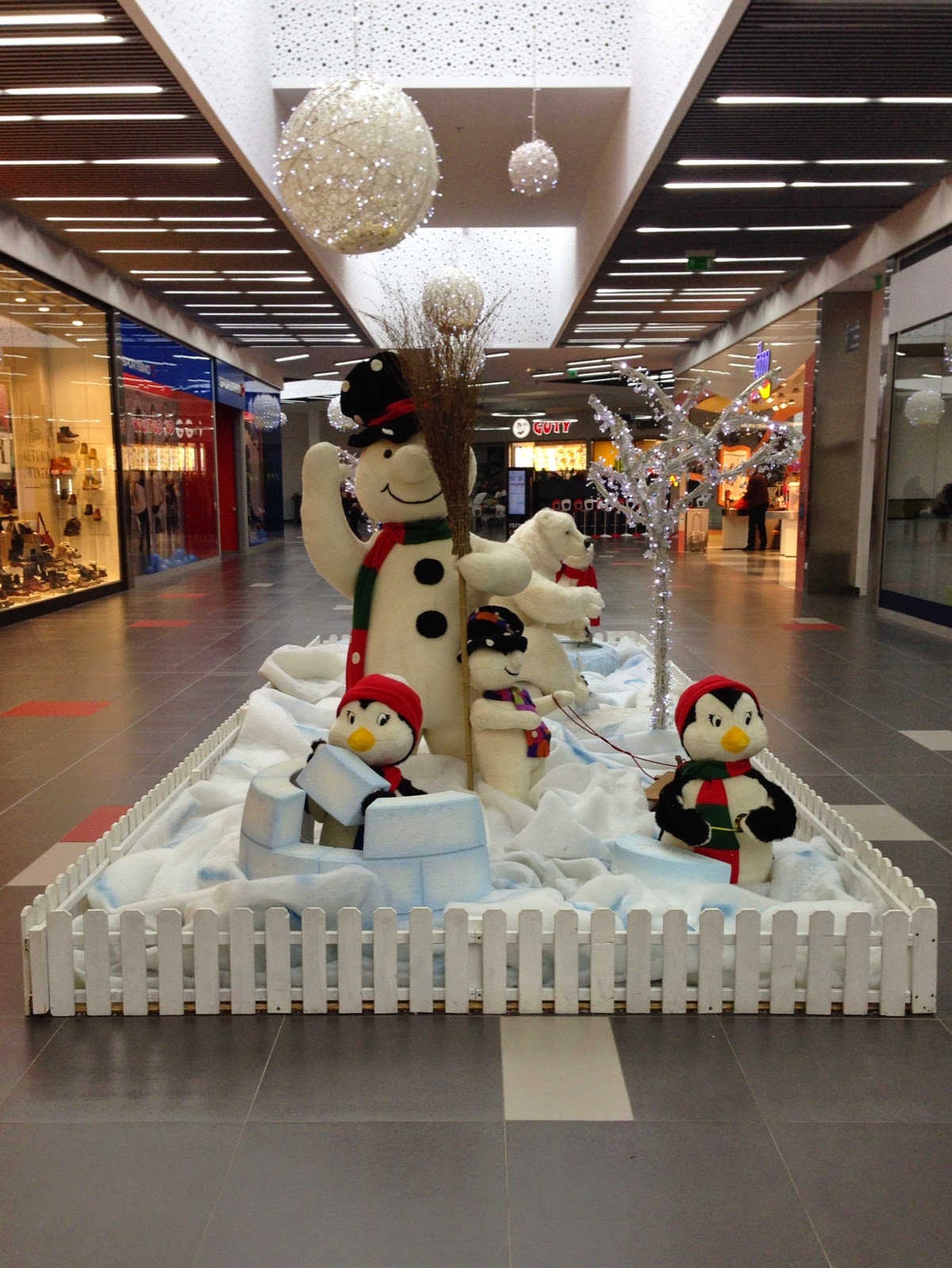 For a small mall, it's got a lot of my favorite stores which is handy since the next nearest ones are a 35 minute drive away. Not only does it have favorites like Orsay, Reserved, DM and H & M, but it's got my favorite grocery store in it too: Billa. It's the nicest one I've ever seen in Czech! 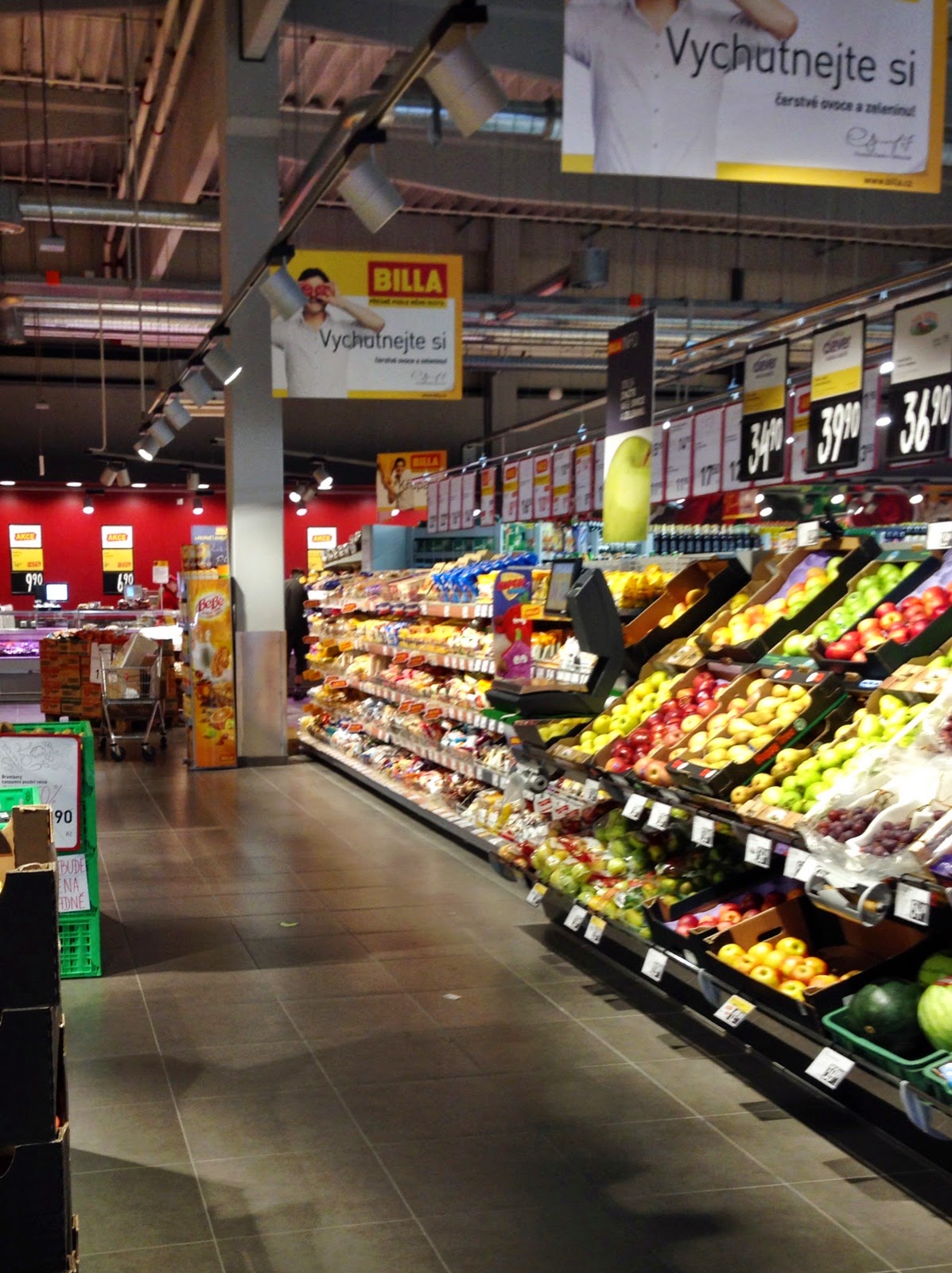 The big news at the mall? A fast food Mexican restaurant. Now that's definitely notable! I don't know of another one in the country. 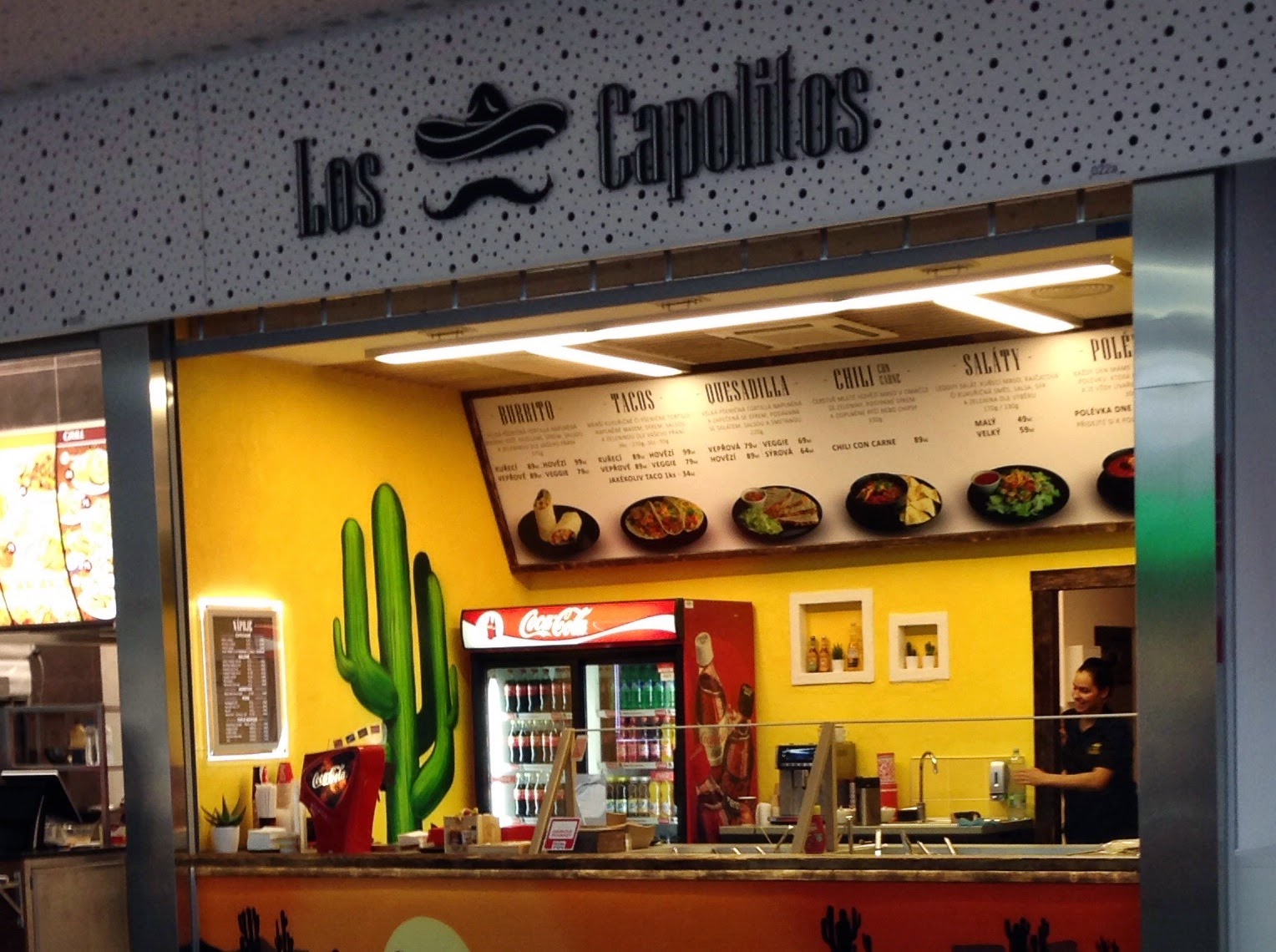 The other thing it's got going for it? Underground parking! That's a bonus when the weather is not so nice.

I don't know that our area needed another mall, but now that it's there, it will probably come in handy!
Posted by Unknown at 6:47 PM