On a fall day in 1995, I first set eyes on this place, having no idea how significant it would be in our lives, and in the lives of thousands of others. 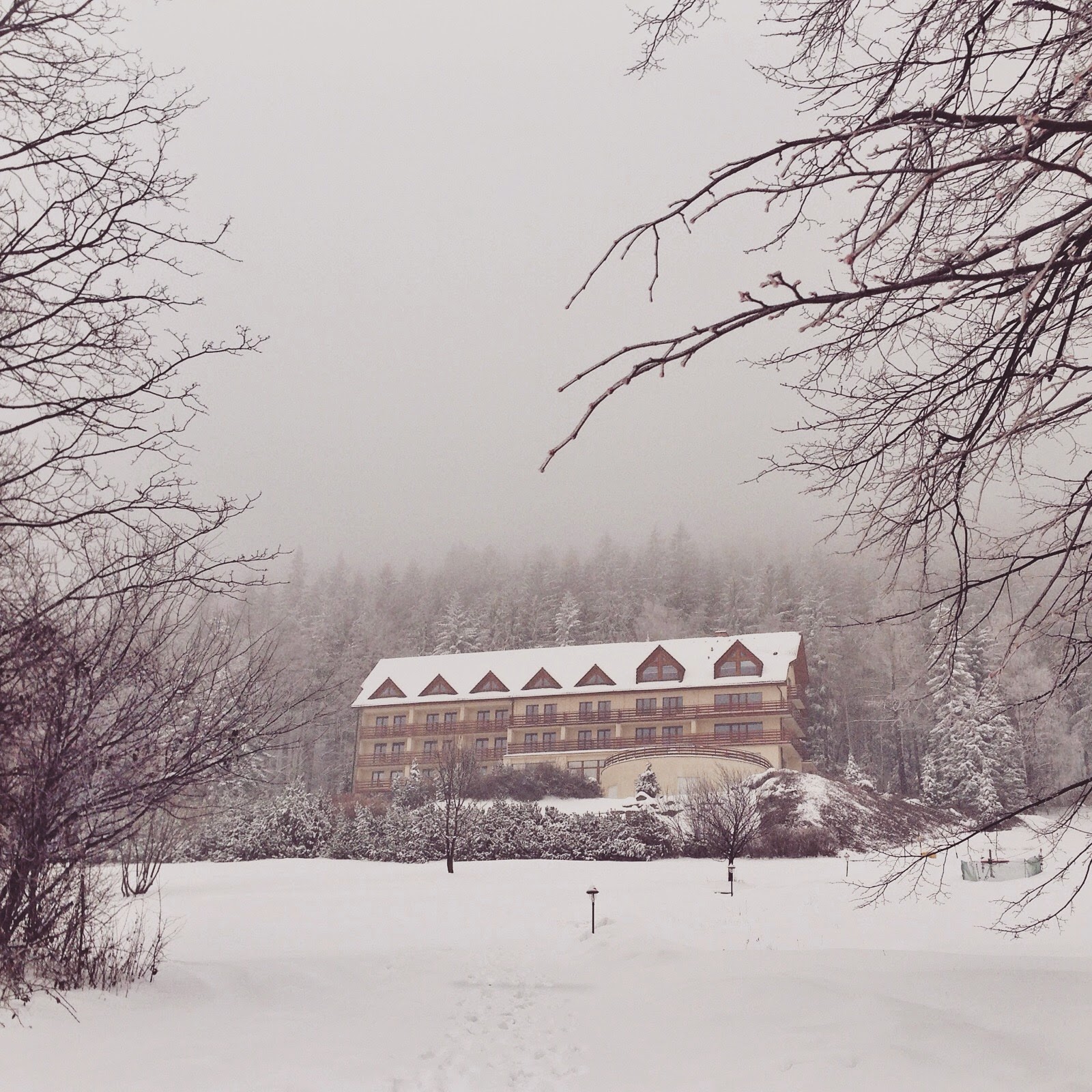 Of course it looked much different twenty years ago, when it had just been restituted back to the village of Malenovice.

As Dave searched for a facility that would serve as a home for the movement of Josiah Venture, Hotel Malenovice was his first choice, and it was the first place he brought me to so we could pray and ask God if this was "it".

It took three years, through many twists and turns, before we had the keys in our hands and knew it was indeed the place God had set aside for His work in this region of the world. Today it stands as a beacon of light to reach people with the good news of the Gospel, and to train leaders to bring it to them across this part of the world.

I seriously never tire of seeing it nor of thanking God for it! It's a place full of His presence and so many lives are changed here. 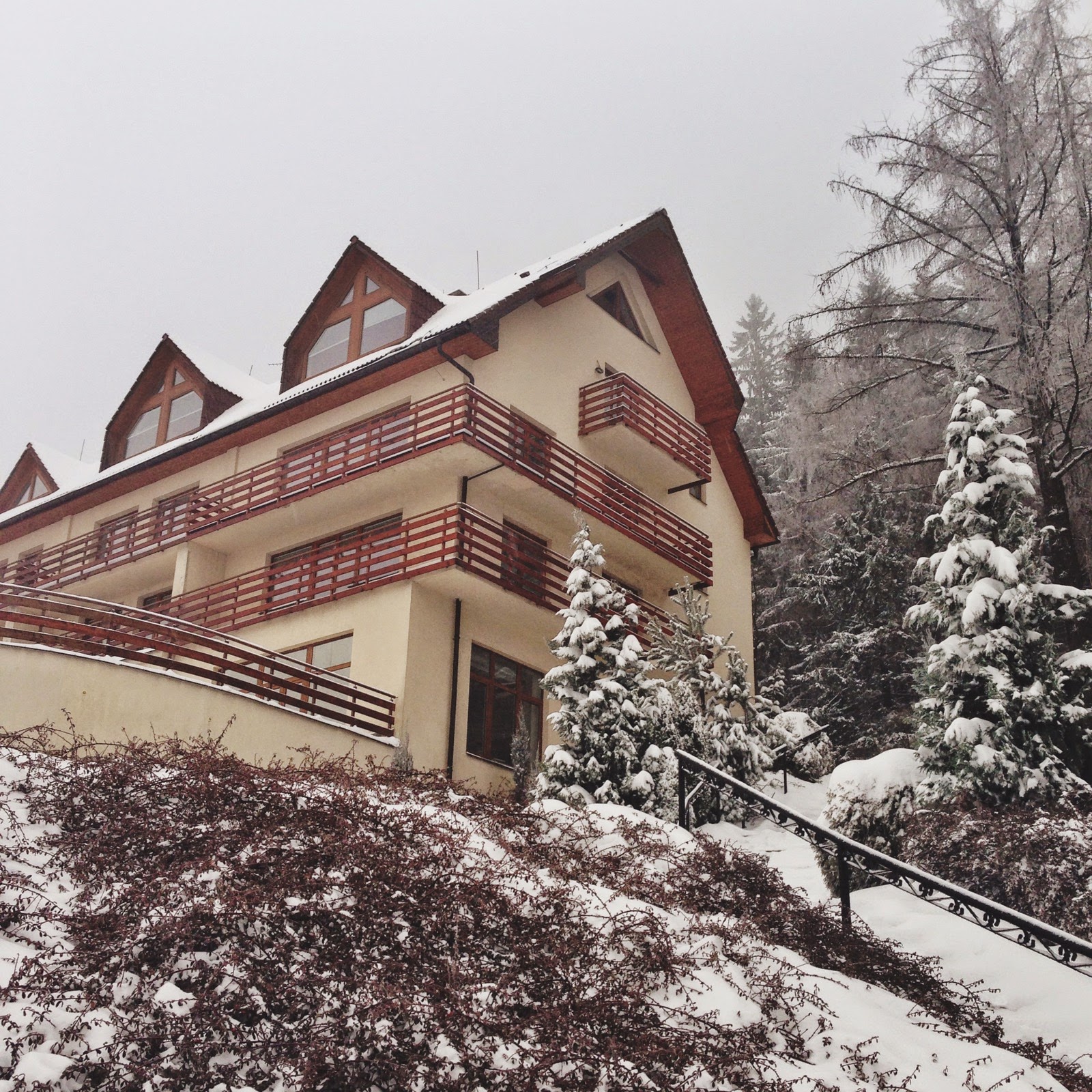 This morning I had a meeting up there so parked down below and walked up since the road to the hotel was icy and snowy. Memories flooded my mind as I remembered parking below many years ago, when there wasn't even a parking lot and we just parked alongside the road!

Our family walked up and down multiple times a day for three years because we actually lived at the hotel.

It's probably no exaggeration to say I've walked by this view, in all different seasons, thousands of times. 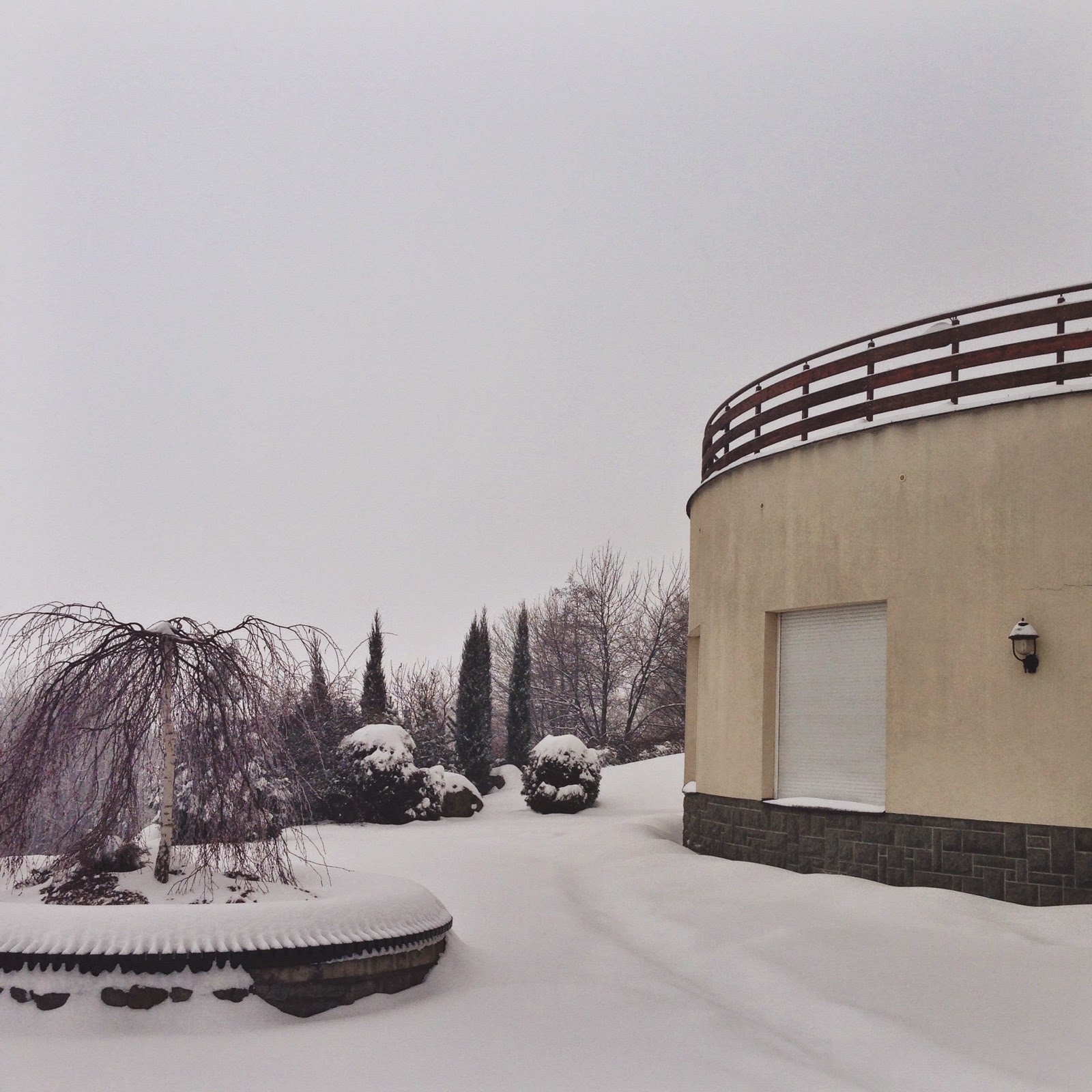 With a few minutes to spare this morning, I walked around to the back of the hotel, to the door of the apartment we lived in for three years when two of our kids were very ill. This place was a refuge to our family in those days as they healed and we sought God's plan for a new home. 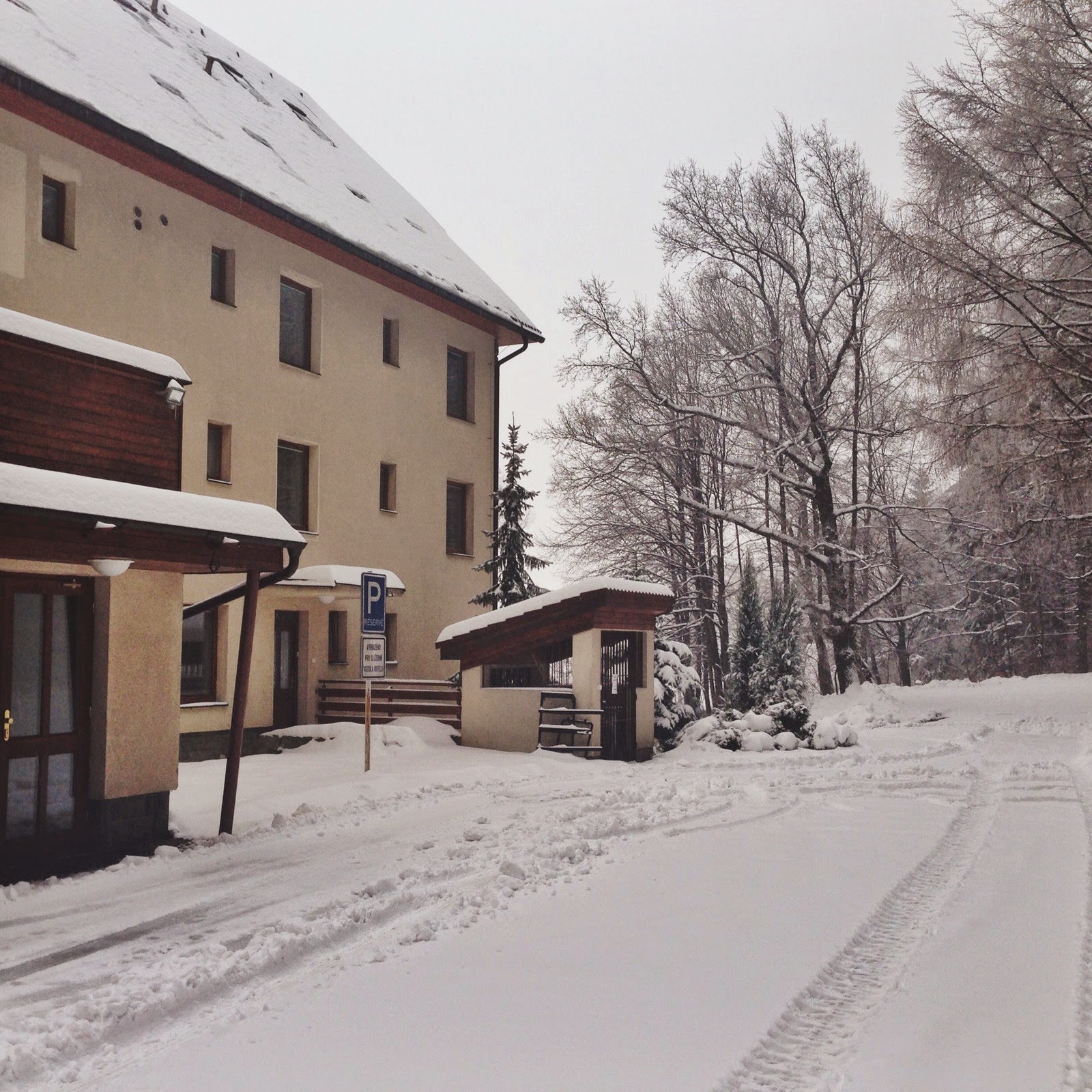 I learned so many things about the Lord and myself during those difficult years. I'll forever be grateful to Him for all He taught, showed and changed in me while we lived there. Though we were so excited when our new house was ready to be moved into eleven years ago, I also remember feeling sad to leave the hotel.

It had become very dear to me, and to all of us, during that significant time in our lives. 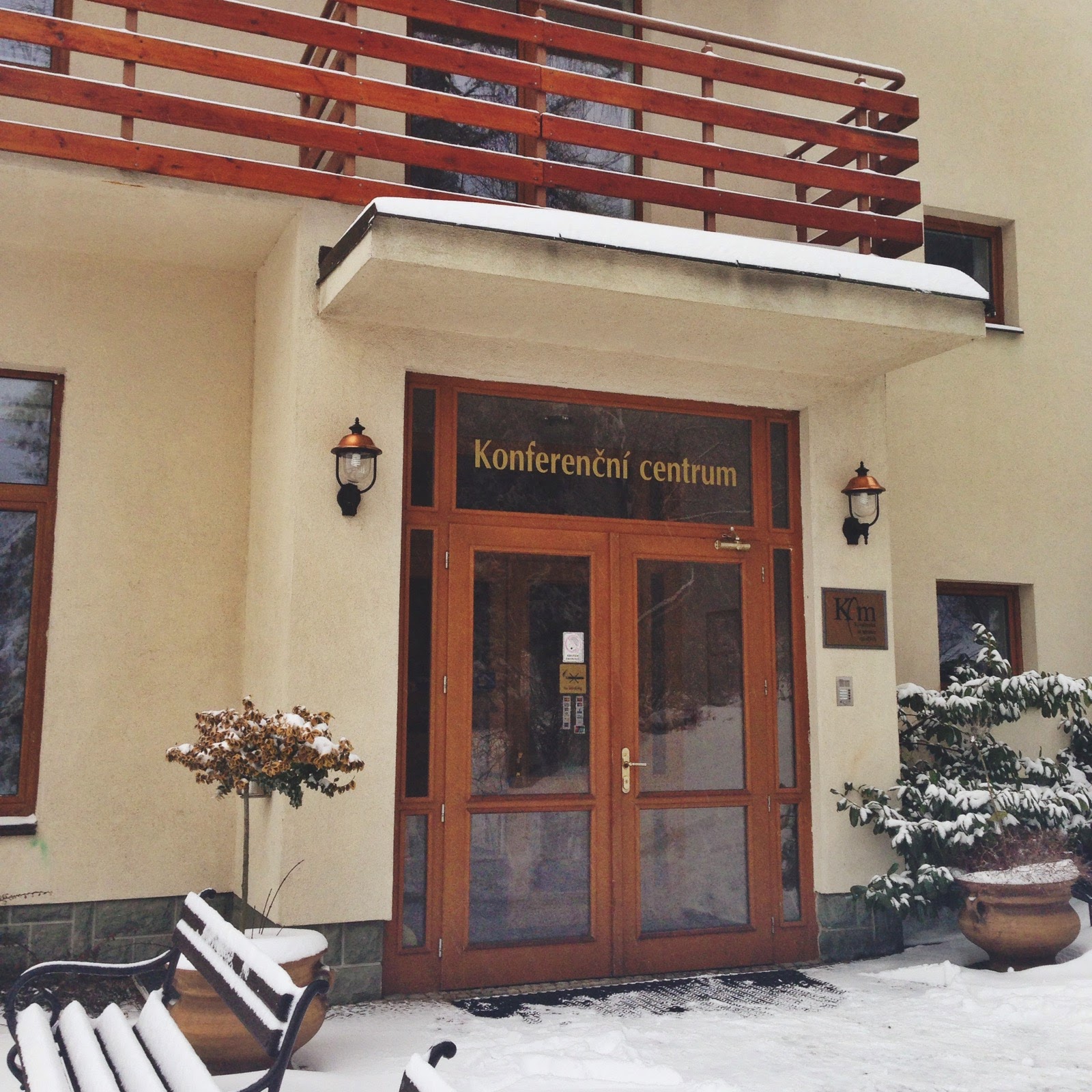 There is still such a sense of peace and rest when I walk in those doors, and I love nothing more than sitting in the restaurant soaking in His presence or having a good conversation with someone. 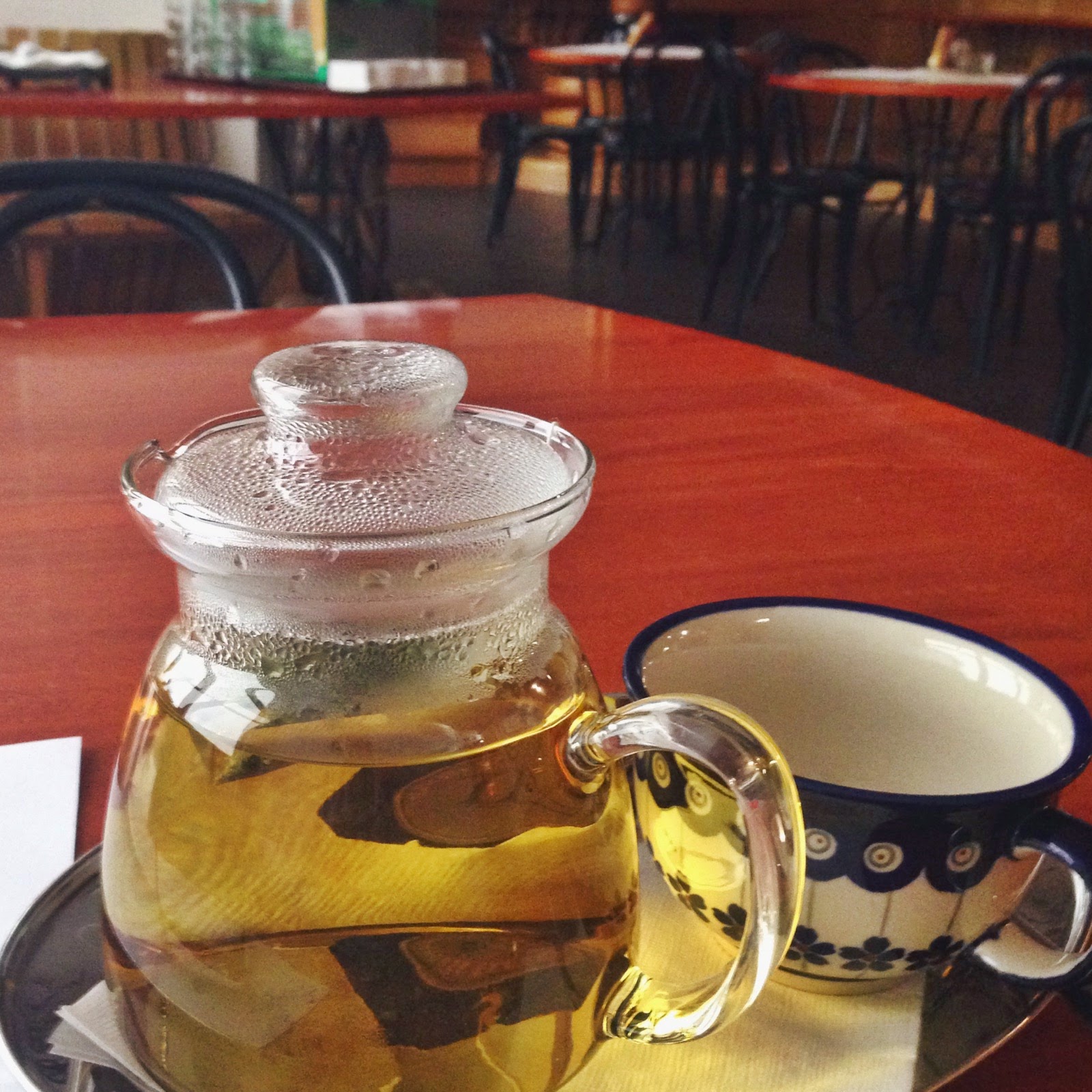 I'll be back up there later this week for JV Leadership Academy where over 200 young leaders will gather for training, and then a few weeks later I'll be there for an event with some of the JV women.

Once again, lives will be impacted in this place for the sake of furthering God's Kingdom. 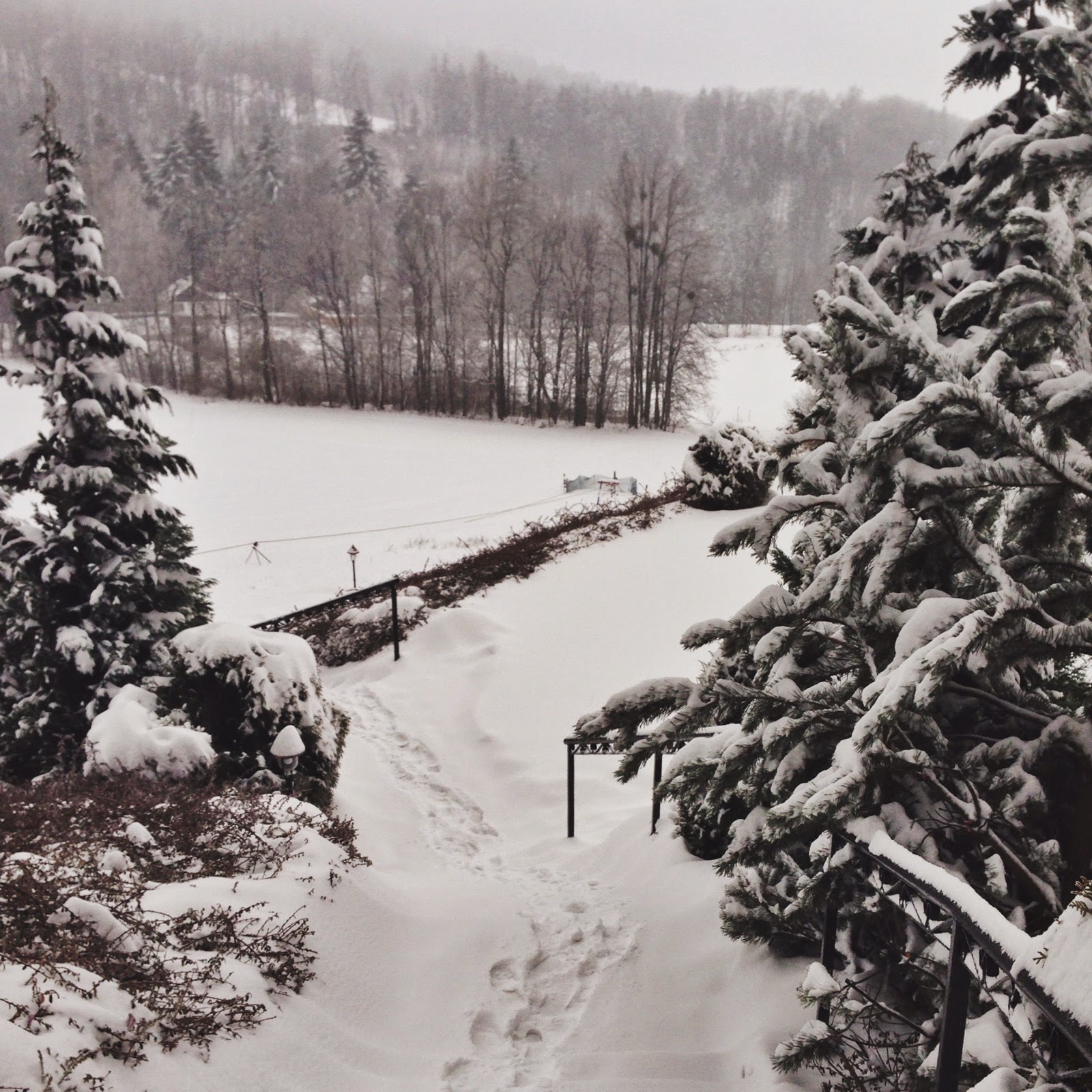 "Thank you Lord for all you're doing in the lives of those who walk in the doors of Malenovice!"
Posted by Unknown at 2:03 PM