It pays to get up early in the morning. Dave and I were up so we could be at Malenovice to pray this morning for our 24/3 prayer chain. I took the photo above on my phone, mesmerized by the pink and orange in the sky.

Just a half hour later, as we were ready to head out the door, another spectacular site appeared in the same sky. This time I grabbed my camera to capture it. WOW!!! Honestly, there is no editing on this photo. The sky was really that color! 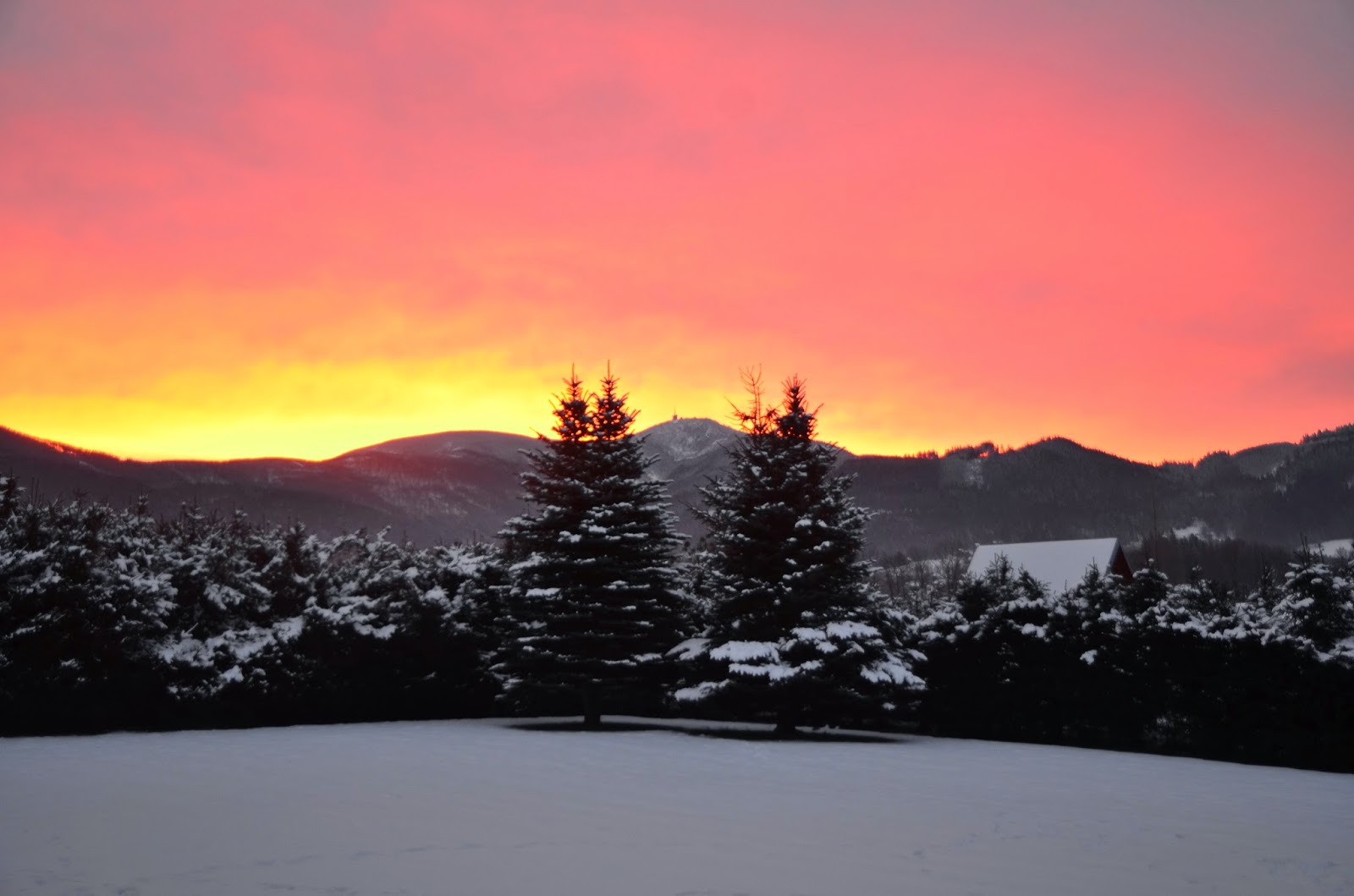 I can still hardly believe the sky had such vividness in it this morning! My time with the Lord up at Malenovice was extra rich after being showered with such a gift this morning.

Just an hour later and the sky was back to its winter white. But I'm glad I was up early to see those other colors. 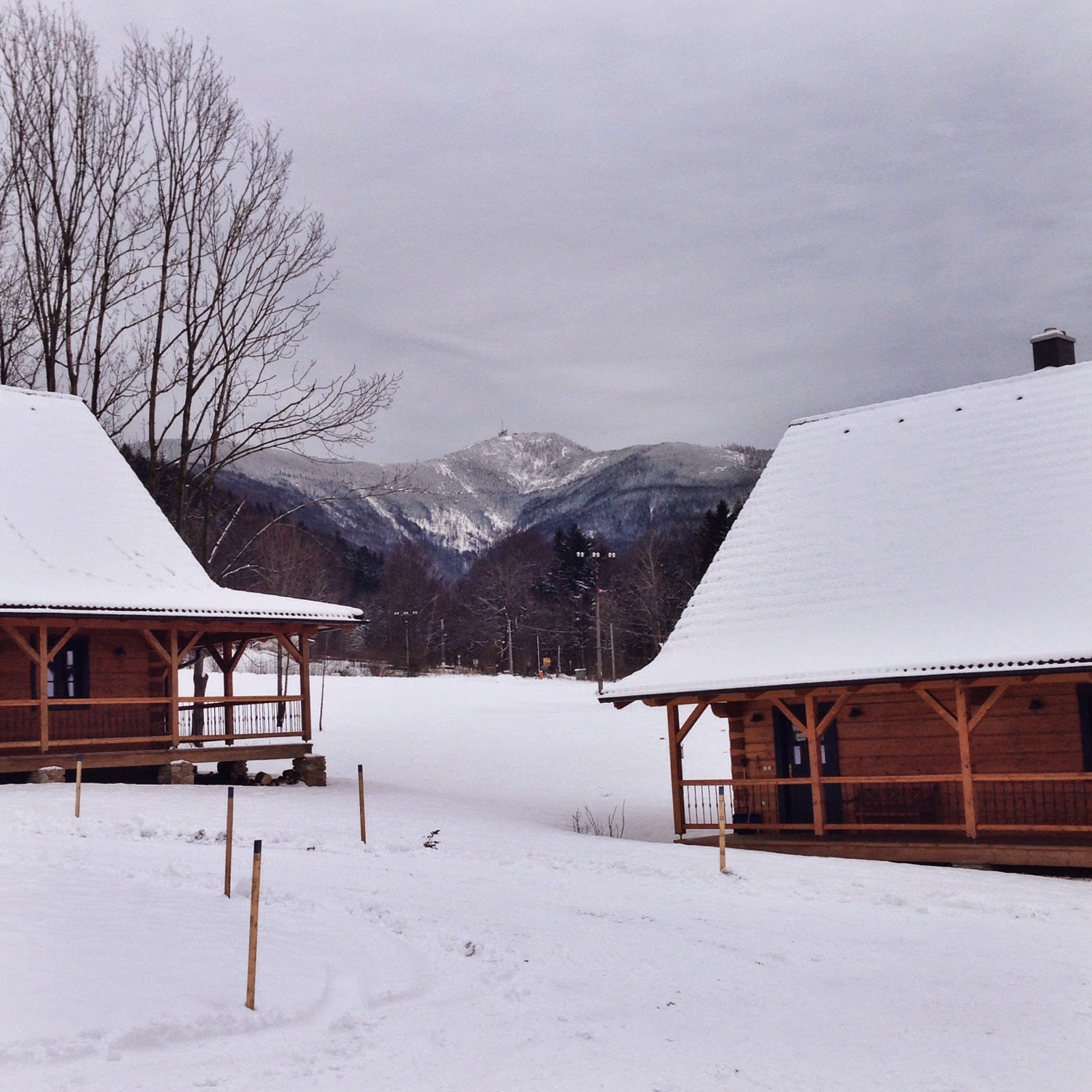 The rest of the day was filled with finishing up things with Caleb, Haley and Claire before they leave...hair appointments, visiting friends, shopping. 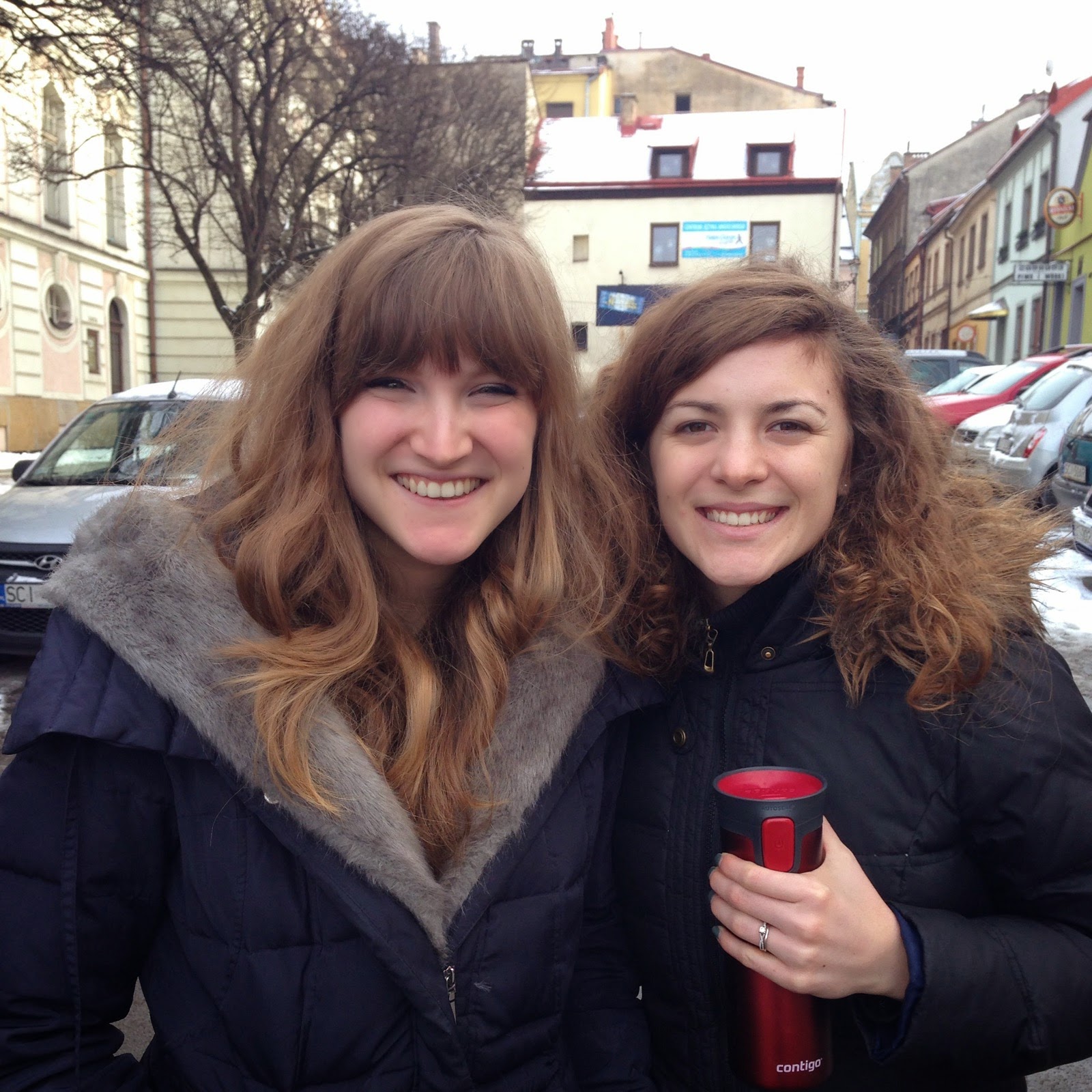 So fun to drop Caleb off at McDonalds to see his good friend from BMA days. 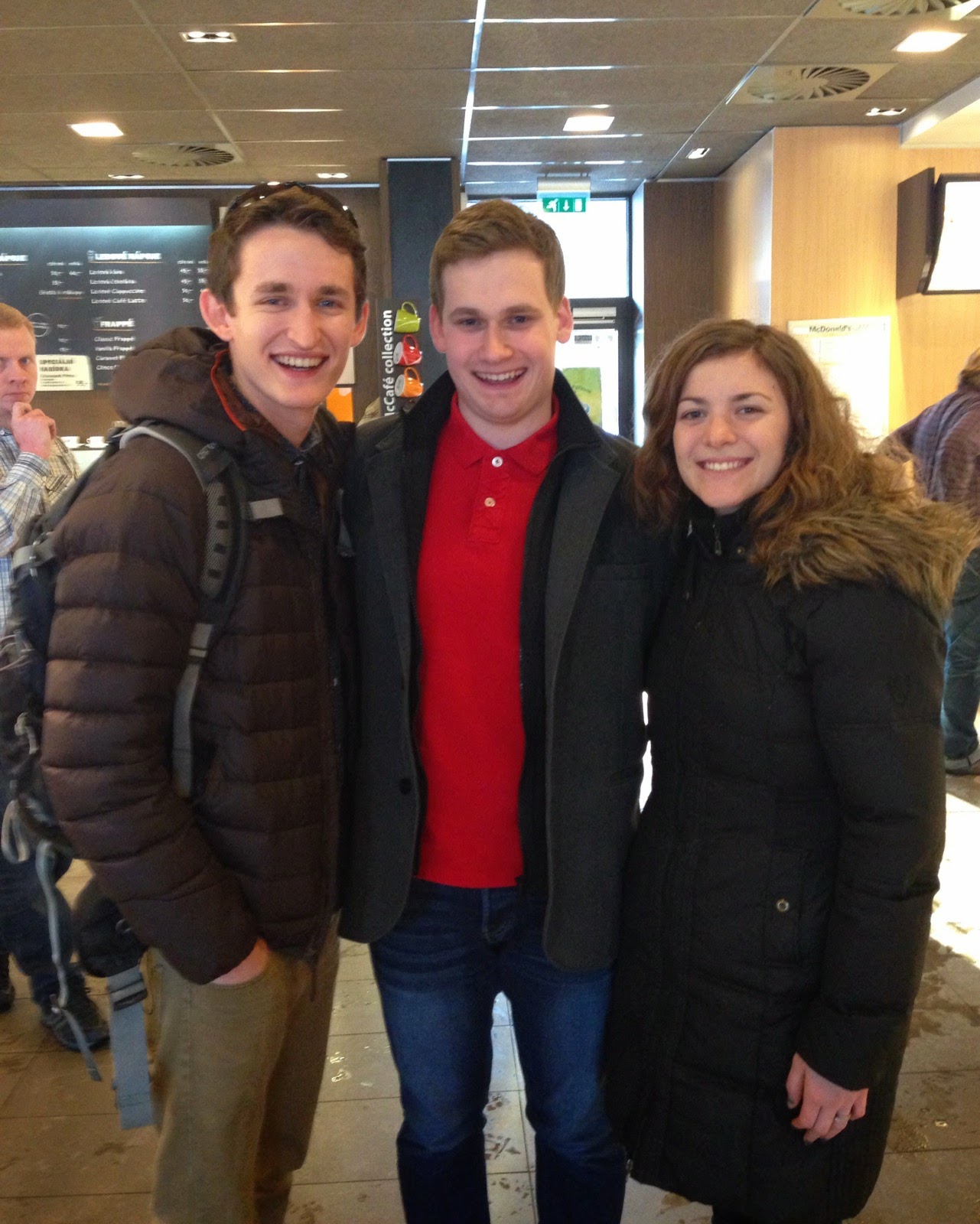 Then, as if this morning's sky wasn't enough, God put on quite a show this evening too. When I took Kaylee out for a walk in the late afternoon, He gave me this picture perfect site. 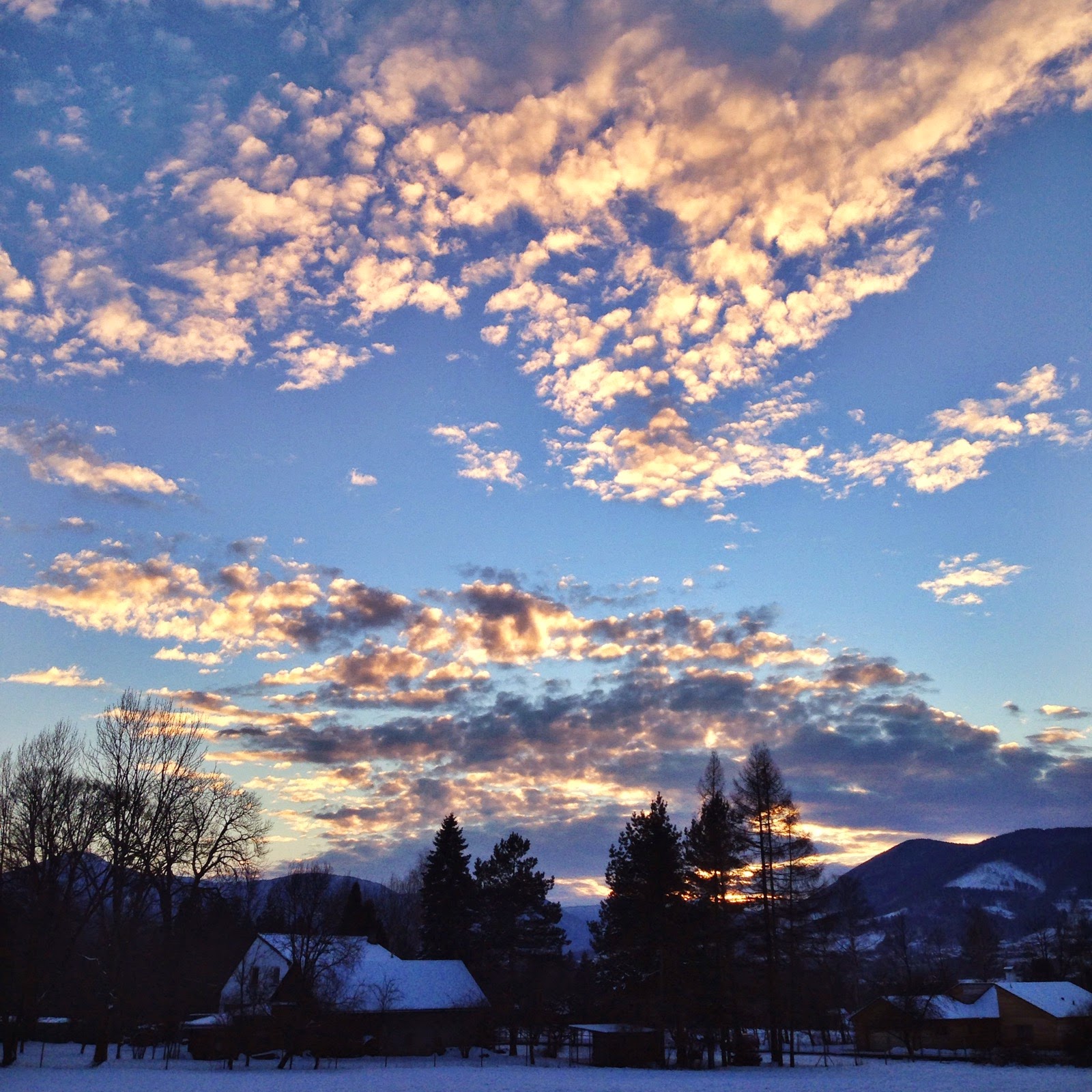 What an incredible artist the Lord is!
Posted by Unknown at 8:00 PM