With Dave gone all day to teach a group of eighty Czech Awana leaders in the city of Poděbrady, I spent the day working on projects at home.

They were the kinds of things that required a tremendous amount of concentration so by five o'clock I was a little buggy-eyed and ready for a change of pace.

What's a girl to do? Make pizza! 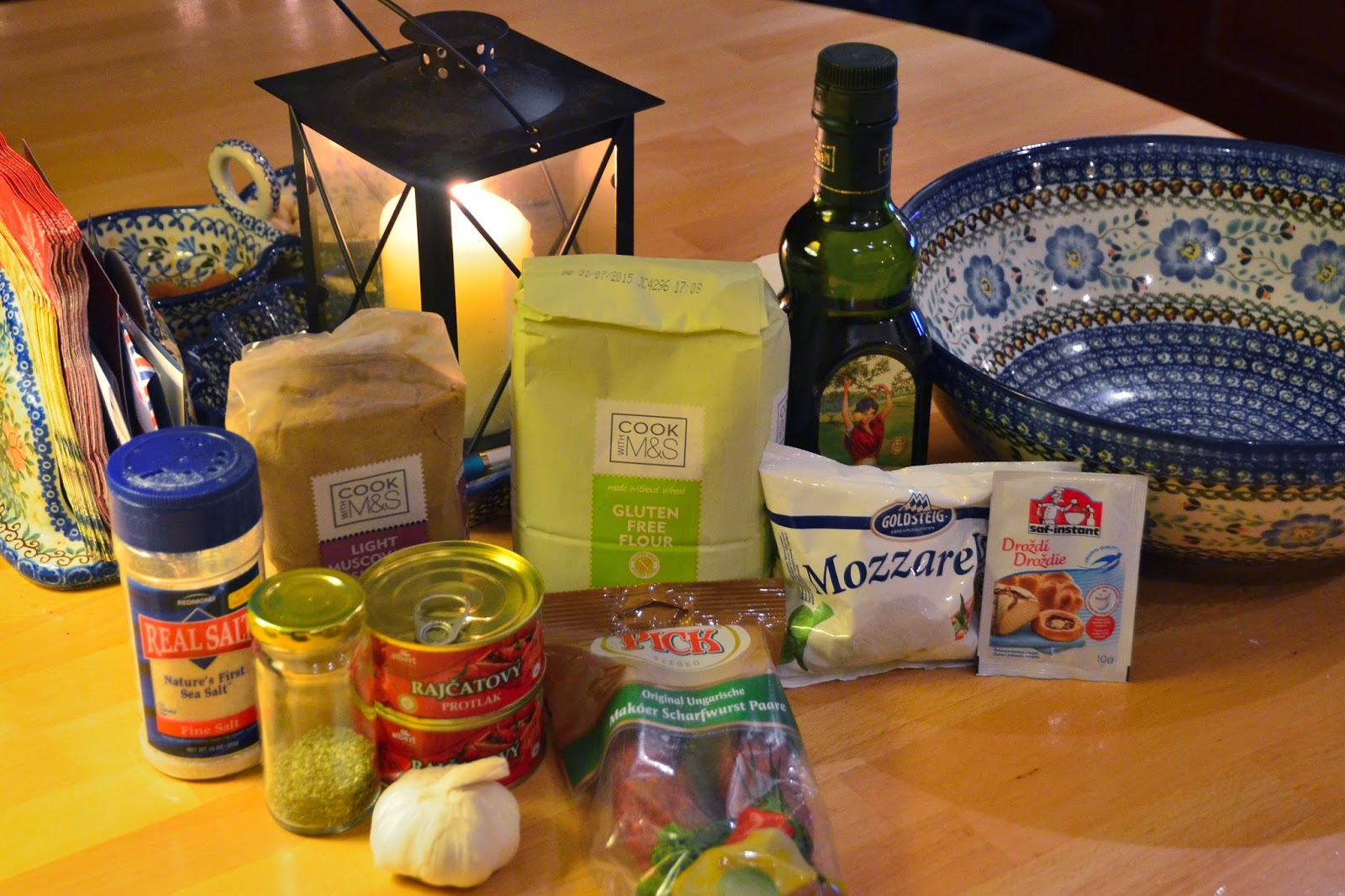 I wasn't exactly planning to do it, but happened to have the ingredients and it was what sounded good! However, it's not an easy task when it needs to be gluten free pizza, and honestly I haven't attempted it for a couple years now. But I found a recipe recently that looked worth trying so off to the kitchen I went!

Of course the dough is pretty much the bottom line when it comes to a pizza, which is why I haven't attempted it for a while. I've found mixes that worked, but struggle when it comes to making my own dough. I decided to follow the Minimalist Baker's recipe as exactly as I possibly could and see what happened. 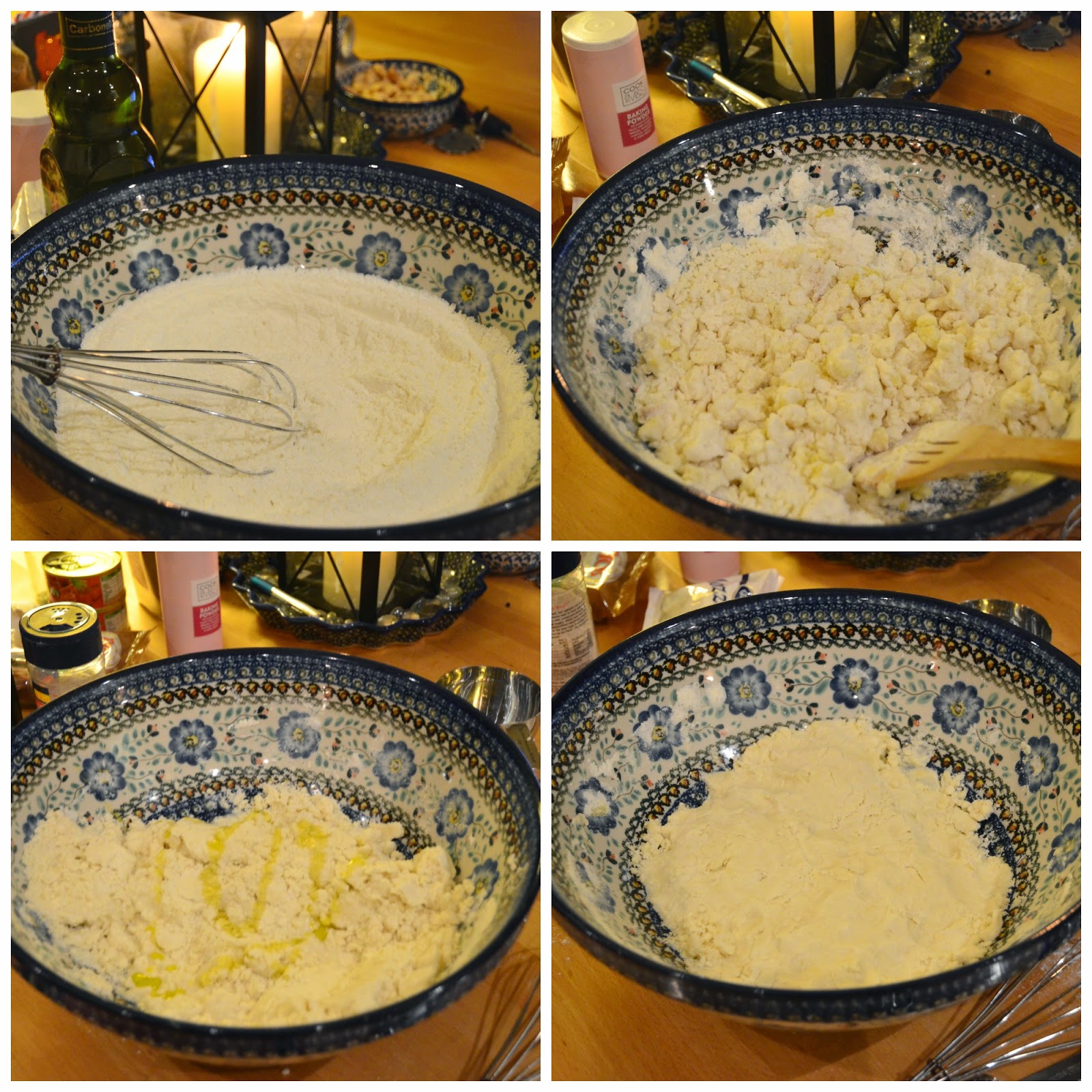 It all seemed good at first. The yeast did what it was supposed to, and it looked great when I started mixing it together. But then? Way too dry. So the photo on bottom left shows adding in some more olive oil and water to see if I can get a better consistency.

It definitely wasn't like the dough I used to make when I used regular flour, but I managed to get it spread into the pan, which is better than some other attempts I've made in the past! 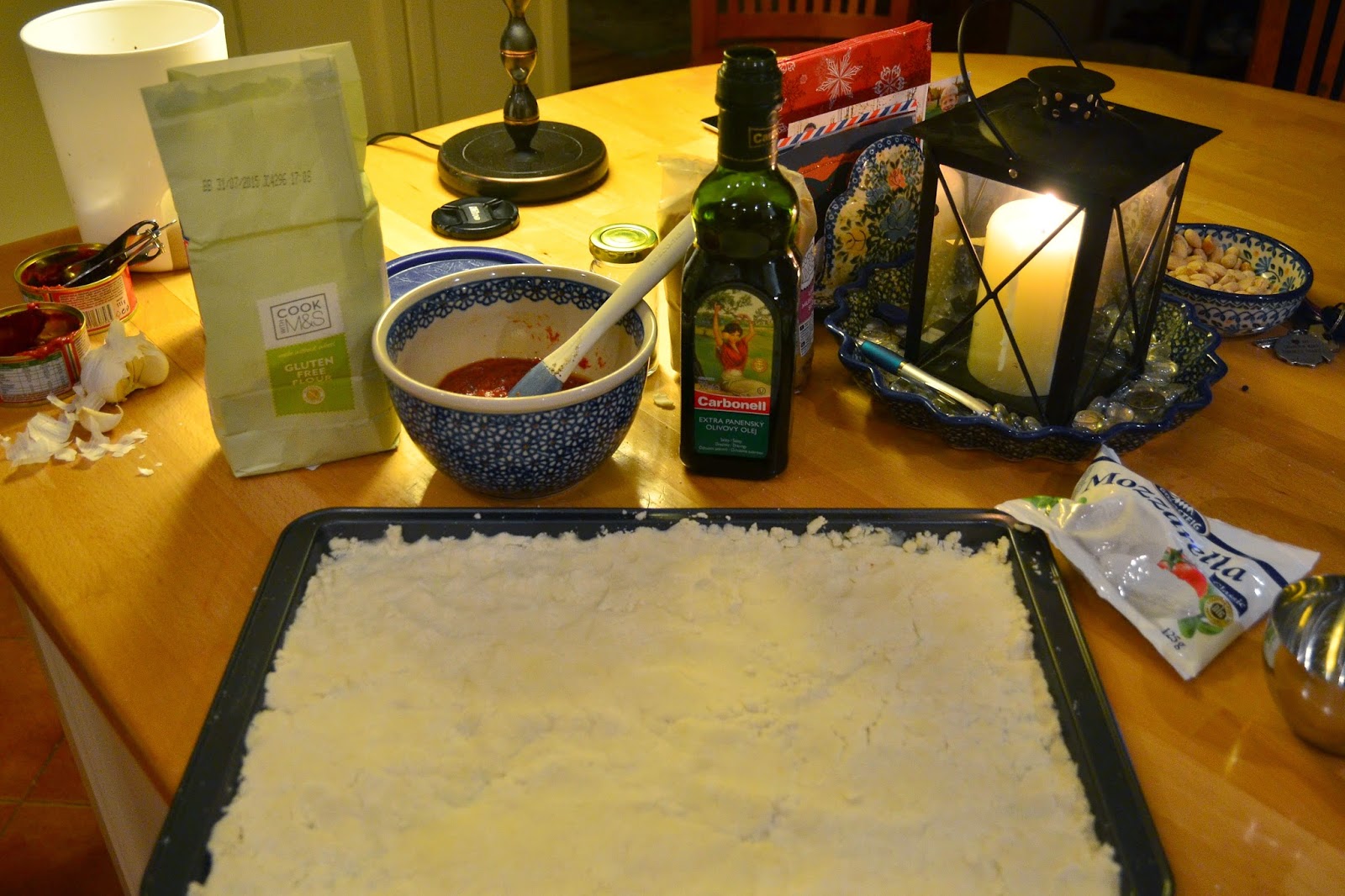 Making pizza is one of those "get out everything" kind of recipes, which is another reason why I don't do it often. Especially for just me! But at the same time, it was better than sitting at my computer and doing brain work! So I actually didn't mind making a mess in the kitchen this evening. 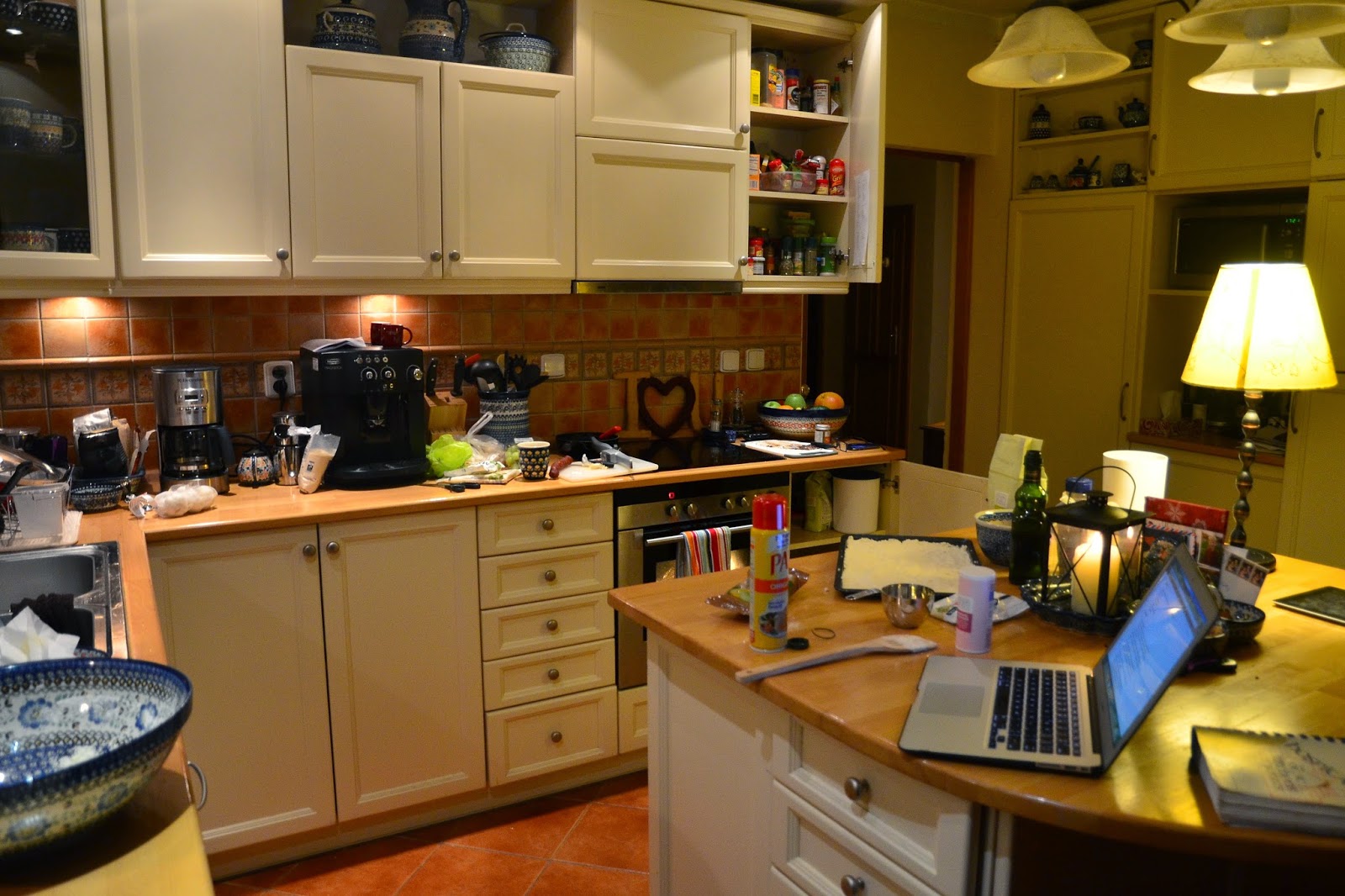 Once I popped the dough into the oven to bake for 25 minutes, I made up the pizza sauce (which I posted the recipe for two years ago, and really think was the last time I made pizza!) and then sliced the Hungarian sausage I had on hand. 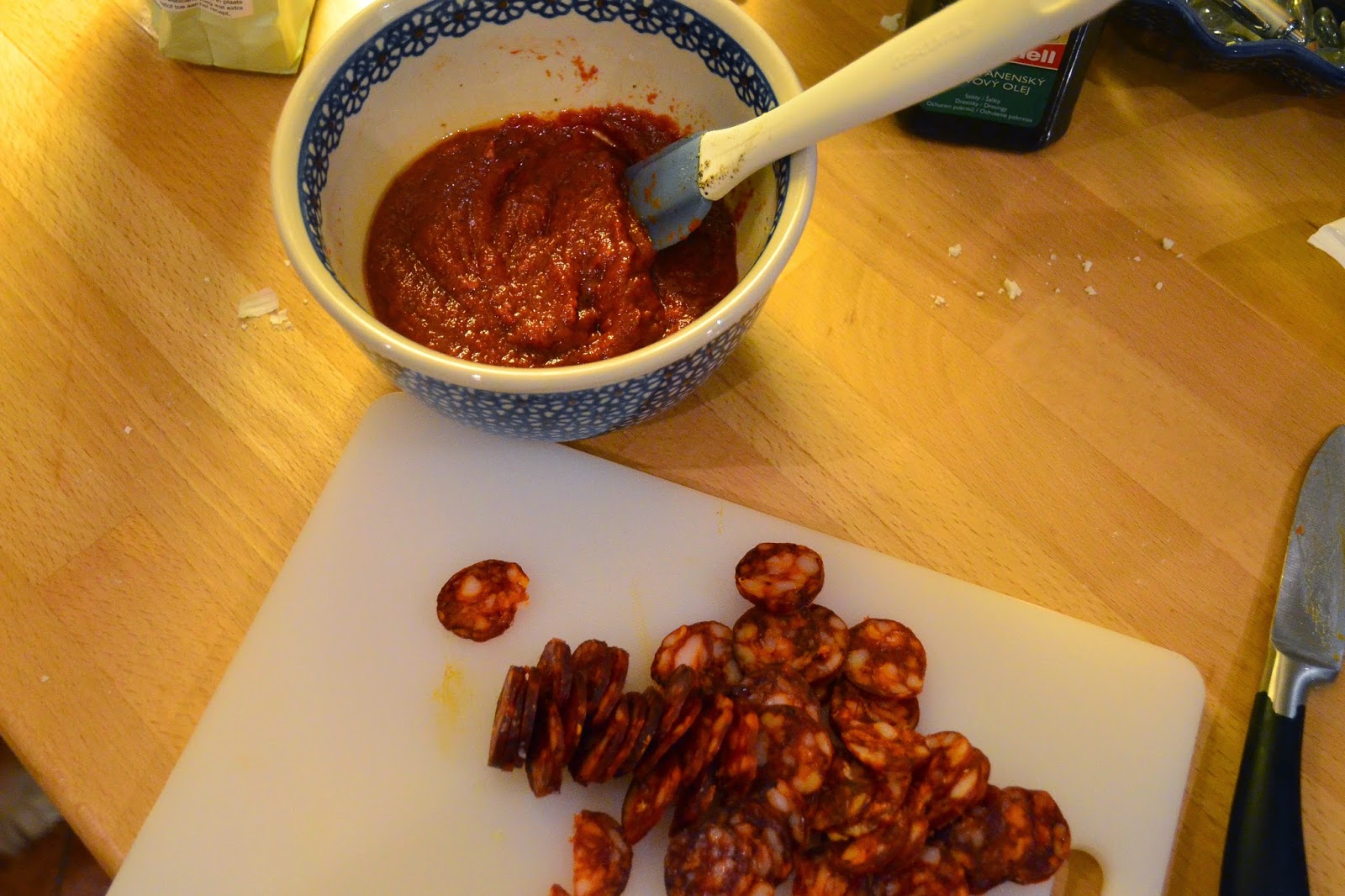 Next I did something I once learned from a fellow JV missionary friend: cook the sausage before putting it on as a topping. Why didn't I ever think of that before? What a difference it makes in the taste and texture of the pizza!


Of course you have to have the right music on when making pizza!

Years ago when Dave and I dated on Monday nights at Bella Capri Pizzaria in St. Leon (which is still there thirty years later), the same music was always playing. At the time I didn't know who it was, and in fact didn't discover his name until eight years ago when we were at an Italian restaurant here and I heard him sing and asked who it was.

Now I know his name is Eros Ramazzotti, a famous Italian superstar! After all these years, I still really like to listen to him and remember falling in love with Dave at that little pizzeria in Germany! 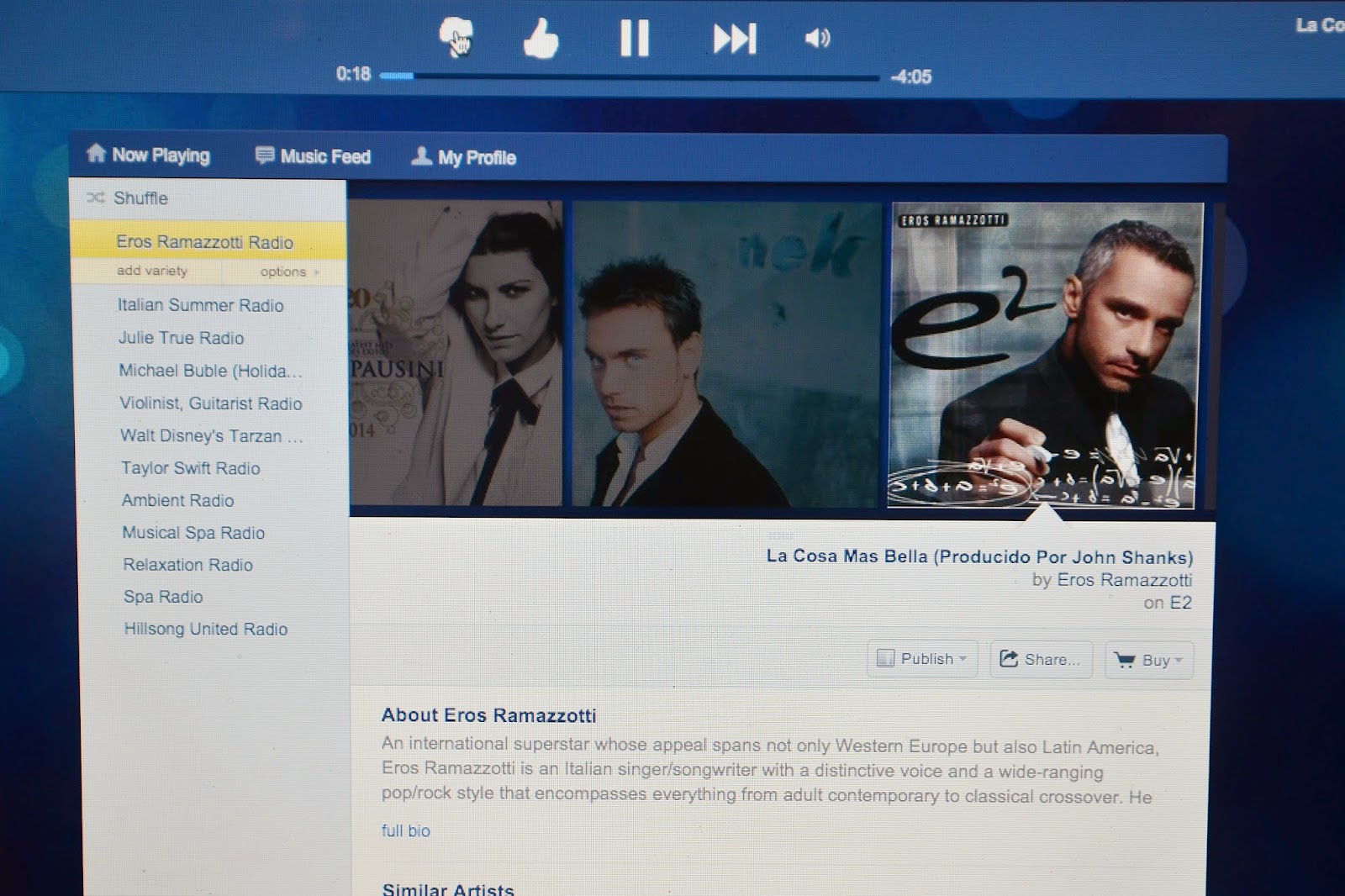 Finally it was ready to assemble so here's my pizza with all the toppings added just before putting it into the oven to bake. 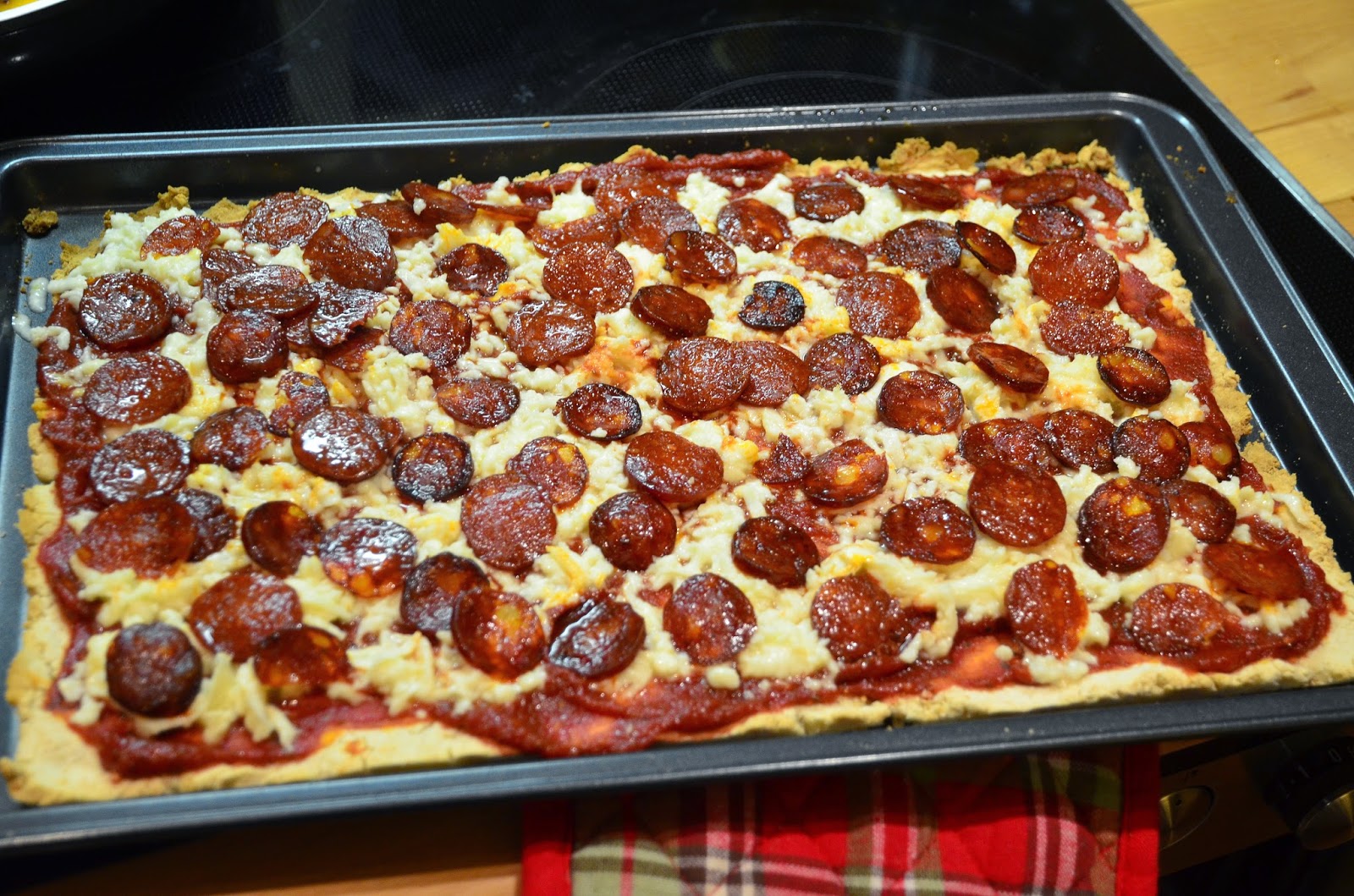 And here's the finished product! 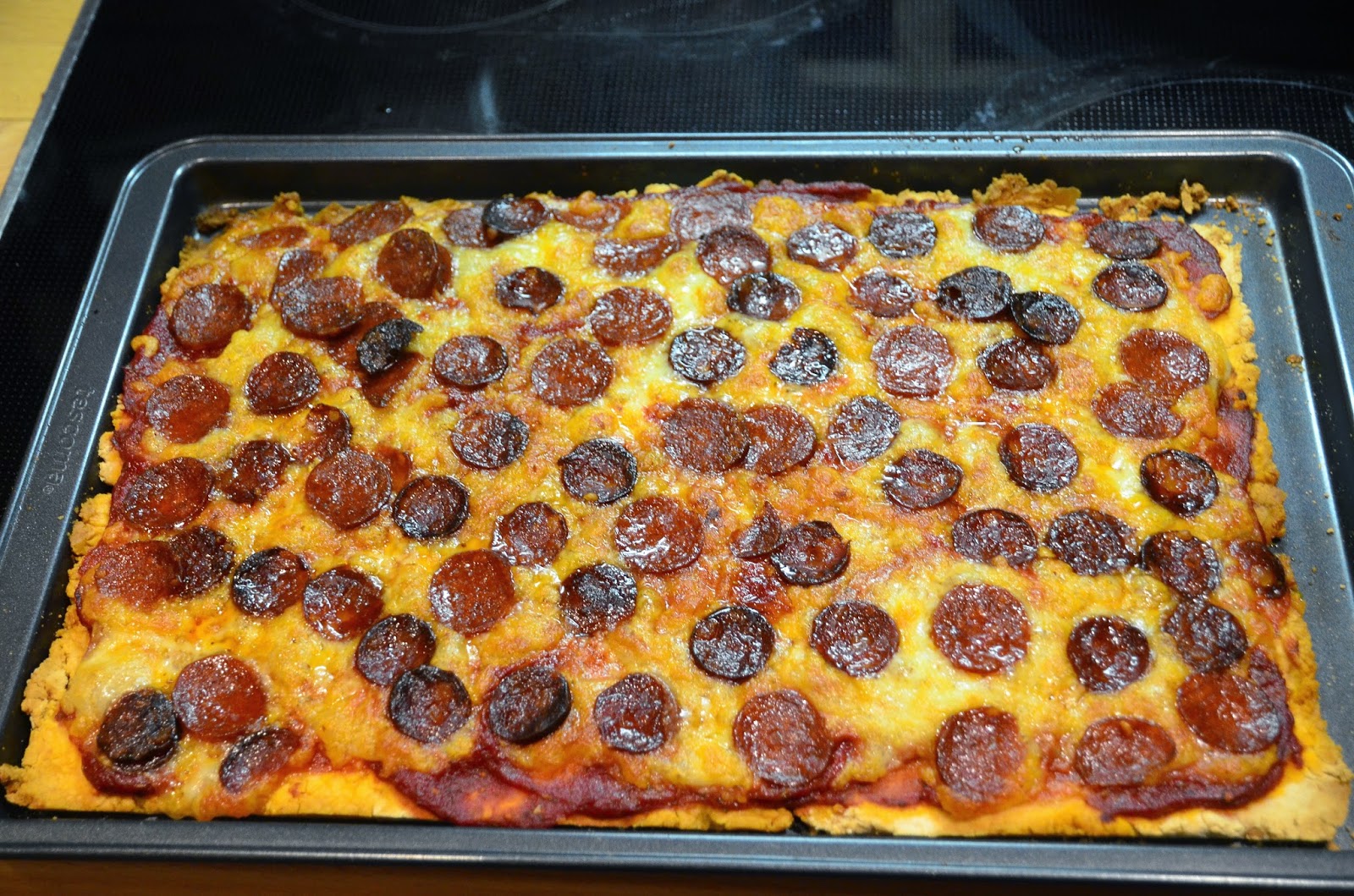 The smell was absolutely incredible! But the crust was a little on the hard side, though I AM a crunchy girl rather than a soft food one so that was okay with me. However the toppings were absolutely scrumptious and totally satisfied, making it worth the effort to make pizza for myself. 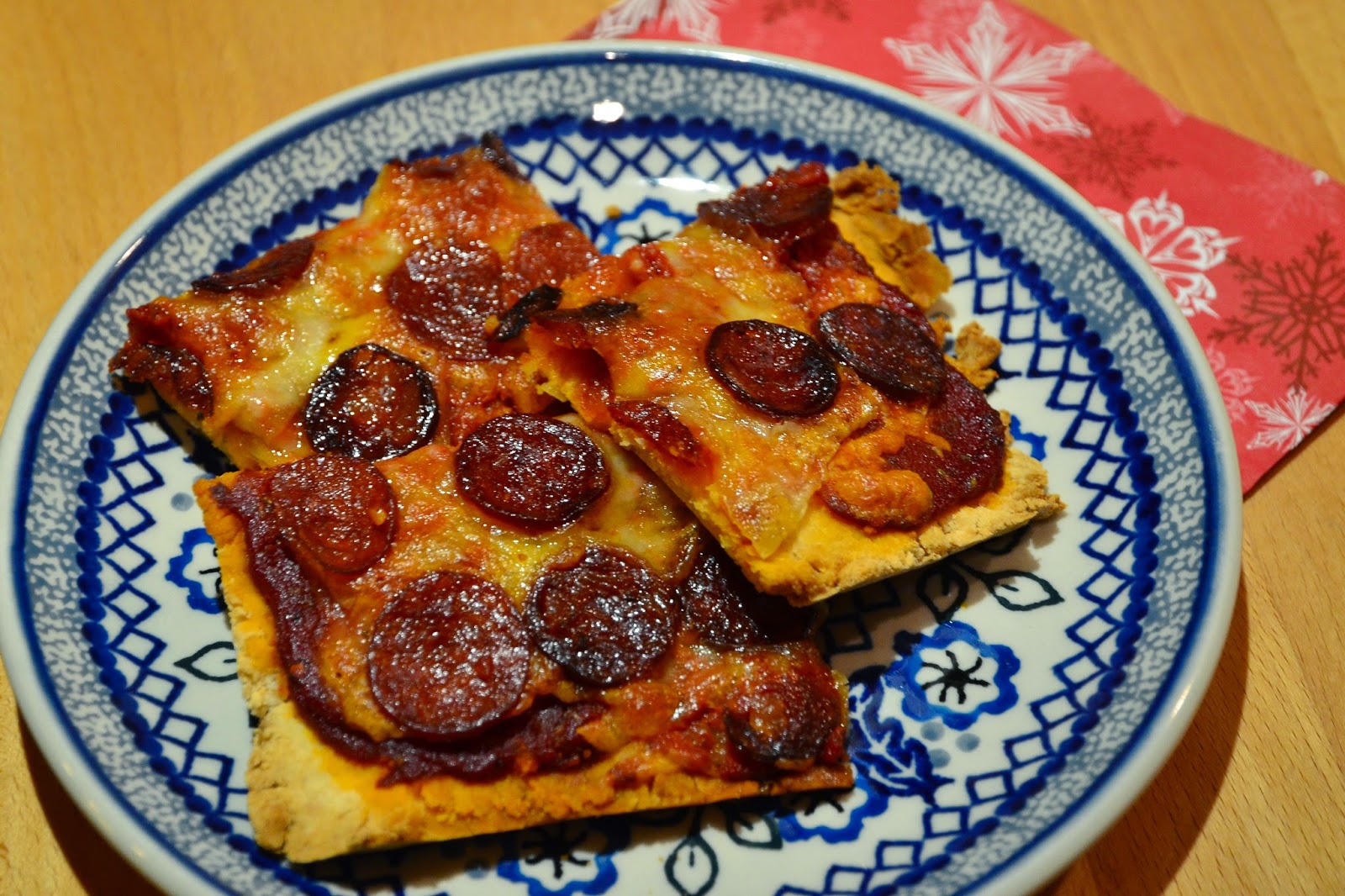 Of course there's still almost a full pizza left that Dave (who just made it home by train!) will enjoy with me tomorrow.

I'm still on the hunt for the right gluten free pizza crust recipe, but I don't think I'll take as long as I did this last time before making another attempt!
Posted by Unknown at 9:20 PM