Yesterday I wrote about my blog having its ten year birthday.

But today, and for the rest of this week, somebody else is celebrating a much older birthday than that. 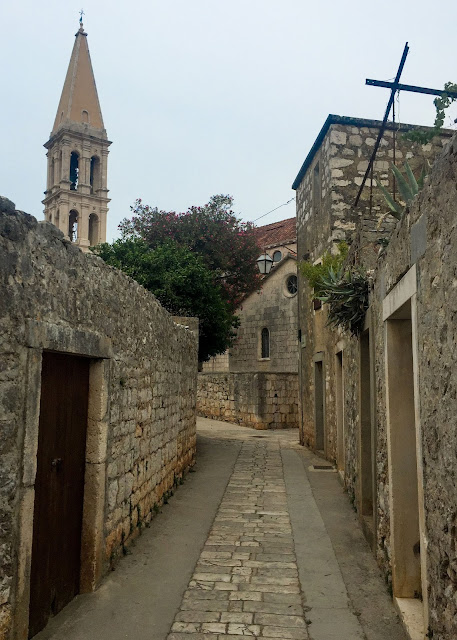 Welcome into one of the oldest cities in Europe, Stari Grad, on the island of Hvar.

"She" is celebrating her 2400th birthday this week!! 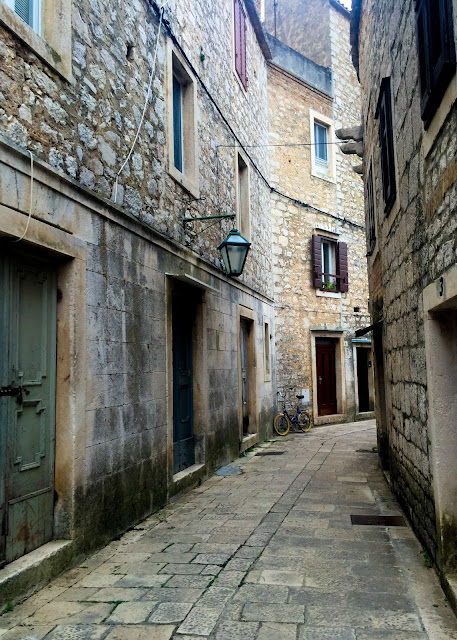 Her most ancient part, the plains surrounding the city, are part of UNESCO's world heritage sights, while her quaint streets and alleys, qualify as something pretty special too! 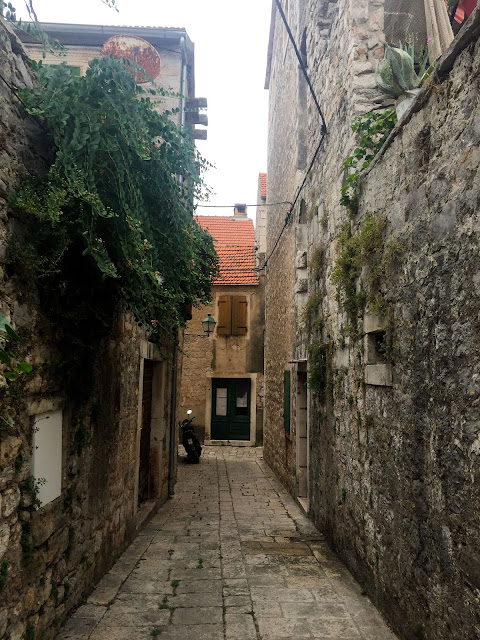 Originally named Faros by the Greek settlers who landed here in 384 BC (can you even comprehend that??!!), it's a delightful little town on this island, and a place we always like to wander around in. 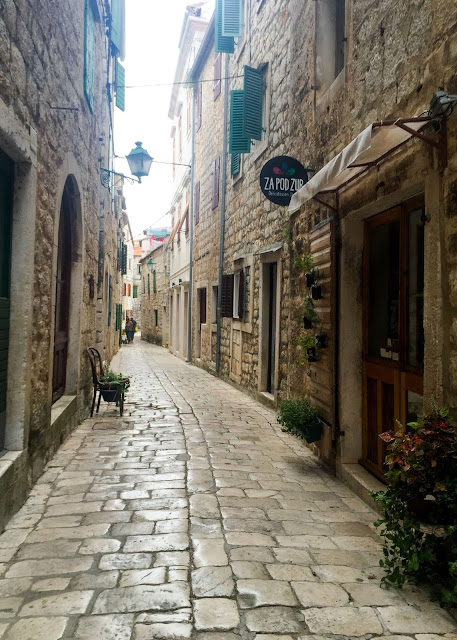 With her big birthday bash coming, the town has recently undergone numerous renovations and projects to make her shine, yet she retains her same, beautiful old world feel.

When I was here with a friend a few months ago, I discovered one of those new projects that had just recently opened. 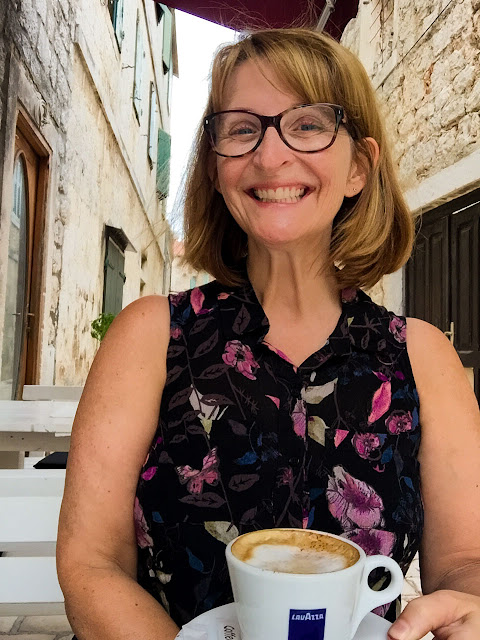 A German woman and her husband with Croatian roots opened "Porto Culinarium" a wonderful cafe with unusual (for this island) gluten free and vegan offerings, along with some wonderful coffee.

Now I never want to miss going there to see what they've got on their menu! 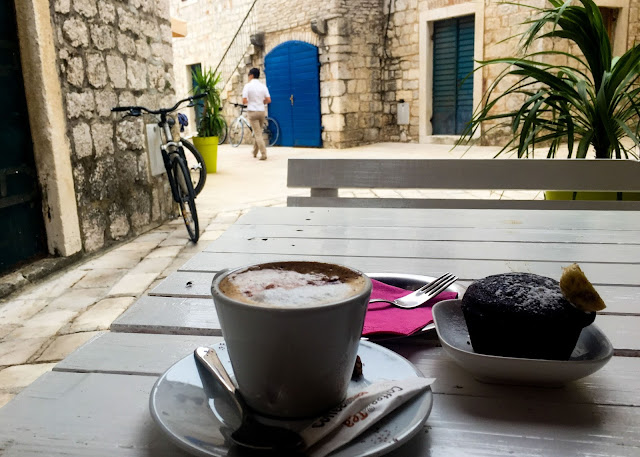 This first time customer was happy I brought him! 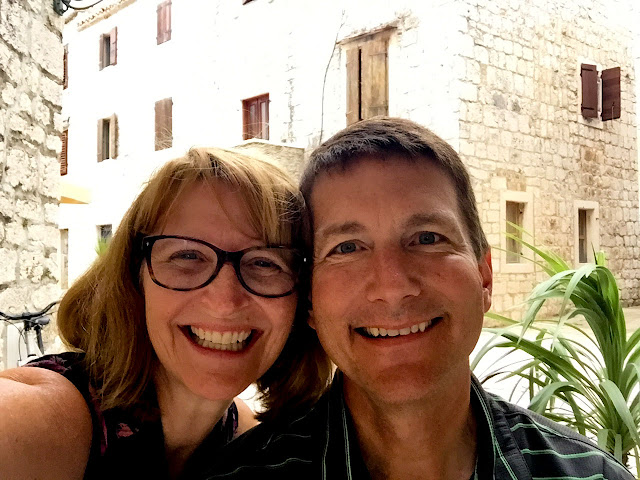 Oh Porto Culinarium, I wish you also had a cafe where where I live in Czech! 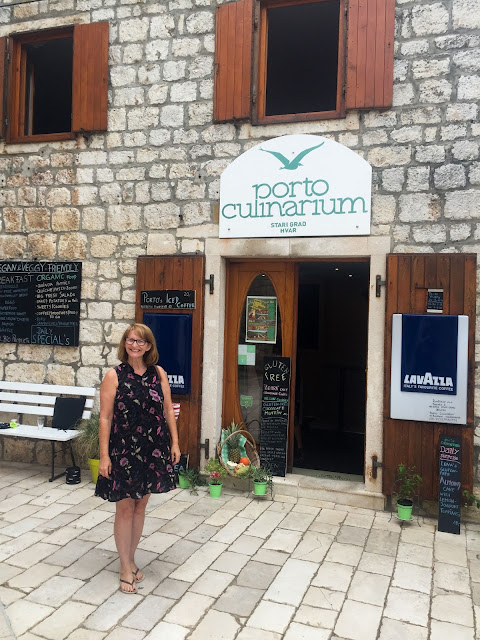 Dave and I wandered down to the harbor, where literally hundreds of boats are coming in for the big celebration that starts today. On numerous occasions there will be a parade of boats, some of them, we've heard, quite old. 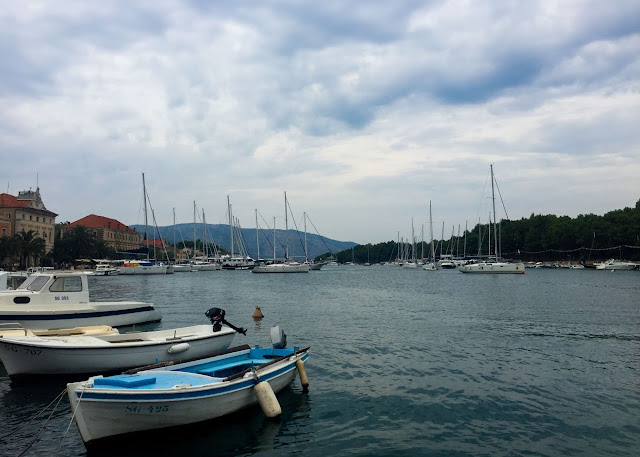 For the big birthday bash, there are all sorts of programs and festivities between now and Sunday. Much of it is in Croatian so I don't know if we'll take part in any of it. But it was fun to be in the hustle and bustle of the town today as people begin to gather in honor of this grand old lady.