With a very special reason in front us, Dave and I boarded a plane in Split this morning, bound for Chicago. 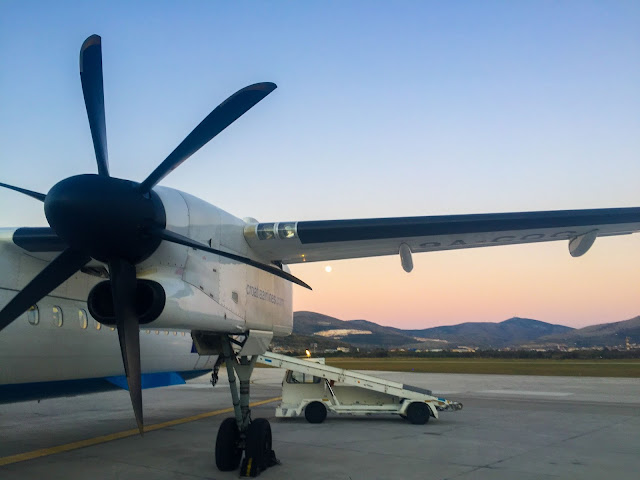 We flew to Munich and then had a flight to Frankfurt, before getting on our long flight across the ocean.

As we headed into the line to board our flight in Frankfurt we heard someone say, "Hey Patty's!".

Unbelievably, a long time friend of ours was on the same flight! He and his wife lived in the same missionary furlough homes when we were in Wheaton back in the early 90's. We've stayed friends ever since, and had in fact, just had dinner with he and his wife in October. What a crazy surprise to be on a flight with him across the ocean. 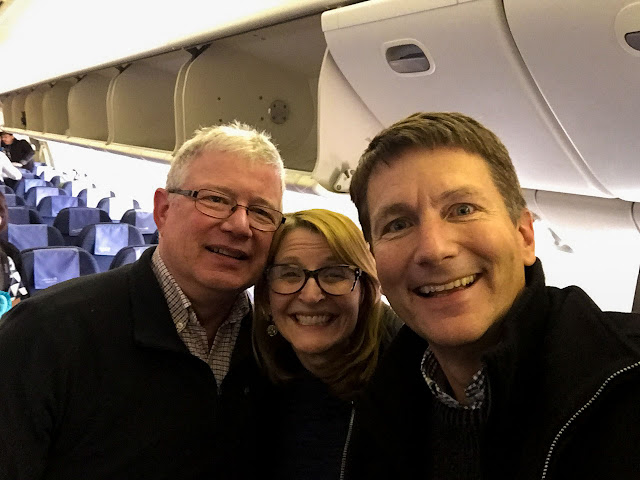 Generally when we land in Chicago we aren't met by anyone (because we're usually picking up a rental car), but today was an exception! 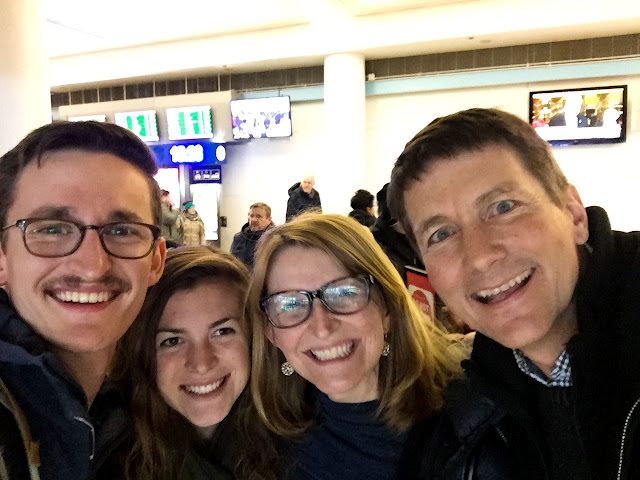 Caleb and Haley flew in from Colorado to join us in this family time of celebration.

Tyler and Lara were on their way to the airport to pick them up, so we gave all our luggage to Caleb and Haley and continued on to pick up our rental car.

We needed an empty car because of packing up Claire to move out. 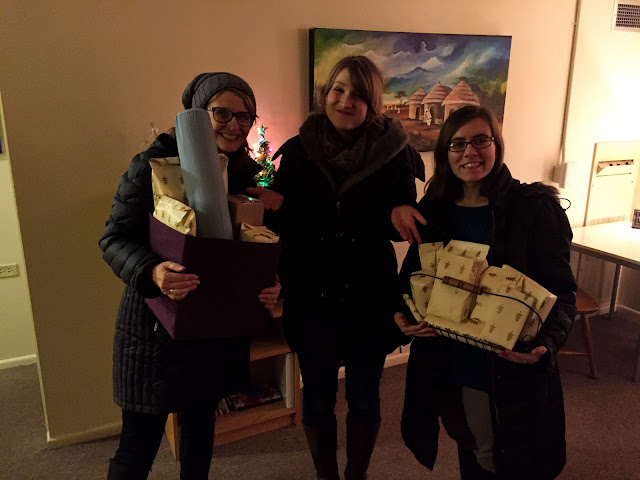 Although Claire doesn't have a graduation ceremony now (that's in May), she has completed her bachelor's degree at Moody Bible Institute! We are SO proud of her!

She's moving on to some exciting things (more on that to come), but for now, this is goodbye to a very significant 3 1/2 years of growth, learning, experiences, and friendships. 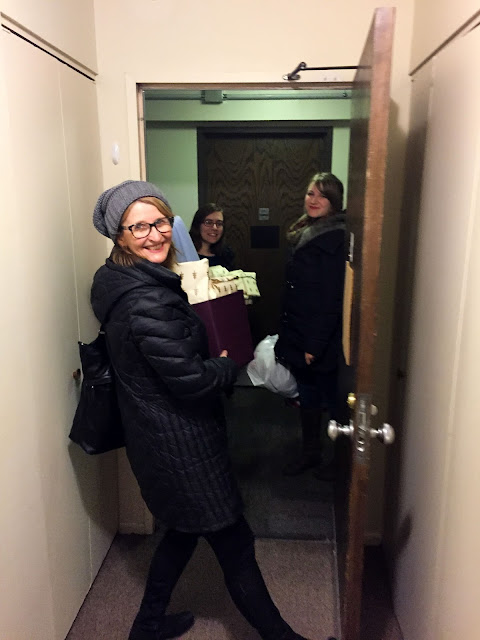 In the chilly temps of snowy Chicago, she said goodbye to one of her dearest friends and rooomates, closing out a special chapter of her life. 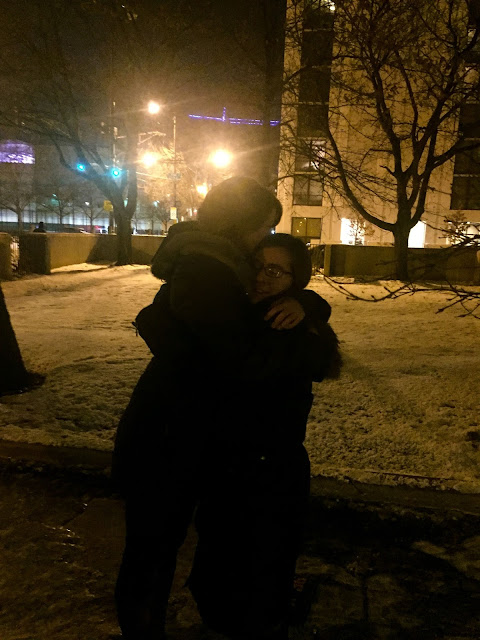 How thankful we are for Moody, its professors and students, who have all had such a profound impact on our three children. With Claire graduating, we, and they, are done with the college years!

Those years are important ones and they all navigated them so well. We are delighted with who they have become as adults, and look forward with great anticipation to the next steps in all of their lives.
Posted by Unknown at 10:30 PM