Knowing there was something not far from us that we'd yet to see here on Hvar, we set off this afternoon to find it. 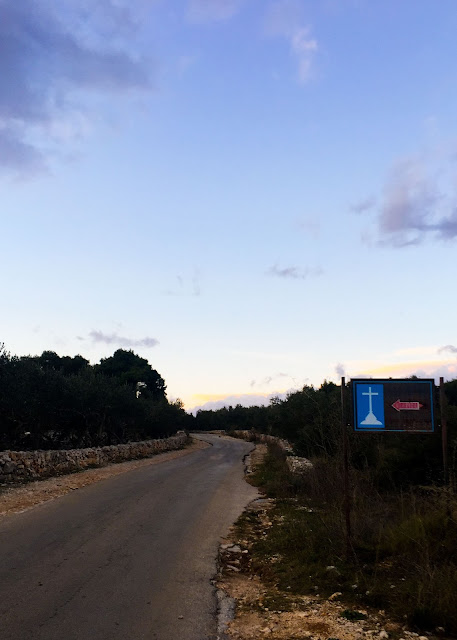 But when we passed this sign alongside the road, I honestly thought the arrow was telling us there was another little road ahead where we'd make a left hand turn, so we kept driving.

After a few kilometers of not finding that expected other little road (we DID find a cool little village that is worth going back to visit sometime!), we turned around and went back to the sign.

With no other information except for the little the sign pointing the way, and this pretty stone building next to the sign, we parked alongside the road and decided to follow the hiking trail. 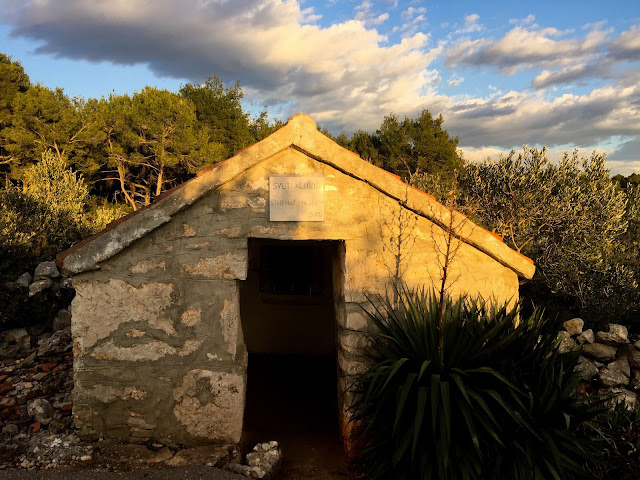 The path was absolutely charming! It was like being in a perfect arboretum, albeit a wild one, where a lush variety of eco-system was on display.

Not to mention all the cool stone walls built along the path. 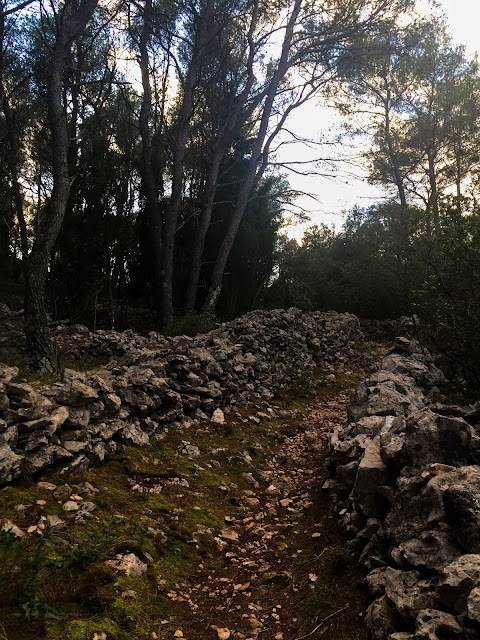 Up, up, up we went, unsure if we were heading in the right direction, but enjoying the view and the gentle hike. 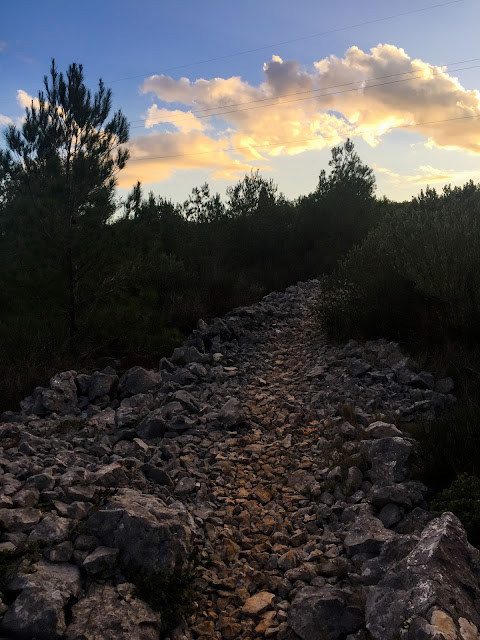 A glance back at Claire brought a spectacular view of her and nearby island, Brač! 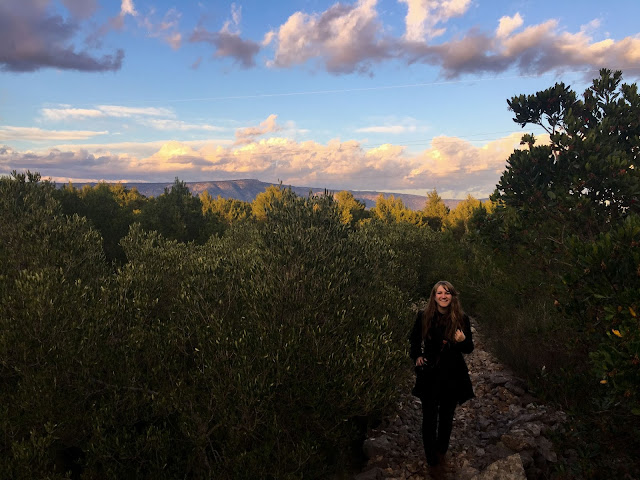 Suddenly, as if out of nowhere, this appeared in front of us. 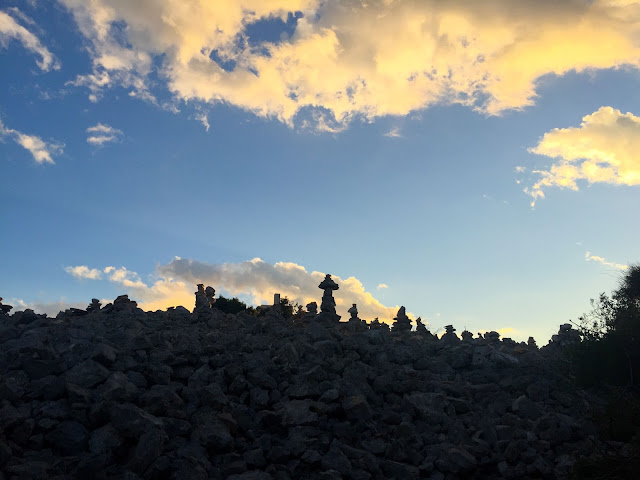 I had NO IDEA these beautiful cairns were up here!

We'd only come in search of the cross that we've seen from below in the town of Stari Grad. 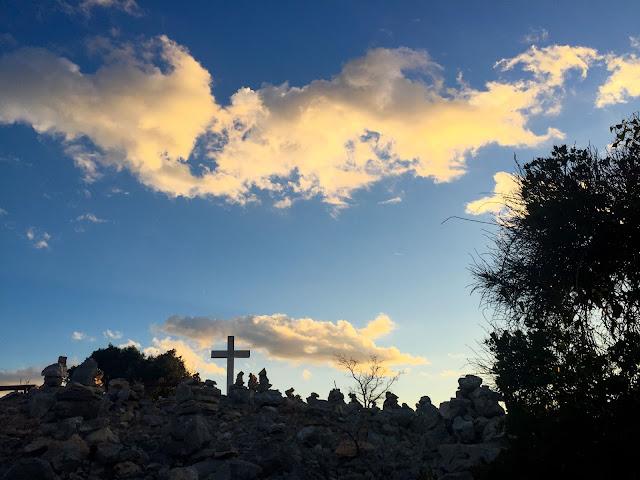 Having only seen the cross from below, I assumed that you could drive up to see it and the view out from it. 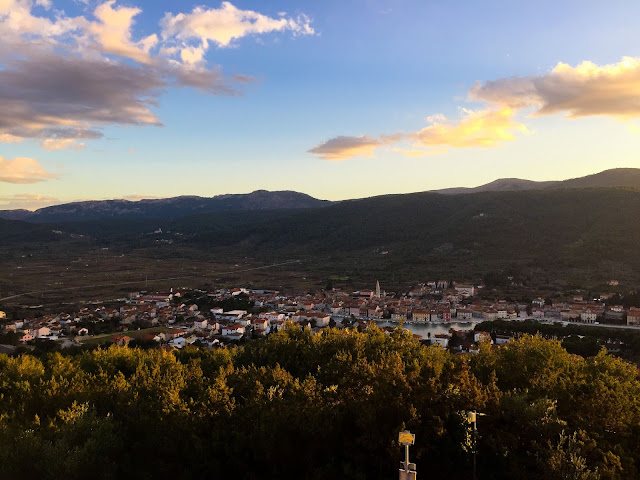 I was wrong! The only way up here is to hike. But oh is it ever worth it, especially at sunset! 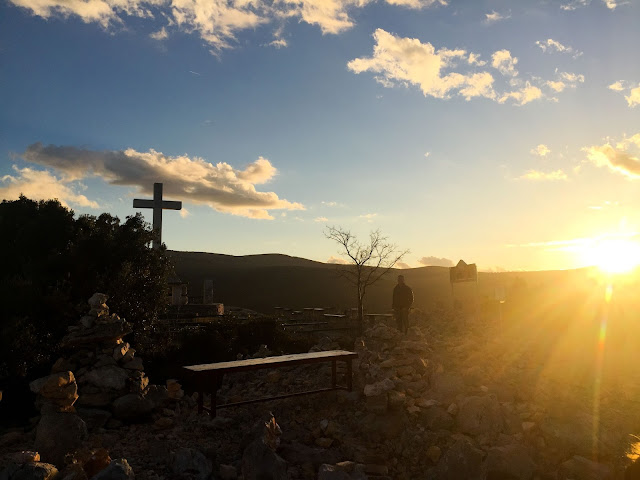 A panorama view from my phone at least gives you a little sense of the magnificence from up there.

The cross we'd come to see was first erected in the early 1900's, but was damaged in World War 2. In disrepair for many years, it was finally reconstructed in 1990, and in 2003 the stone chapel was rebuilt. 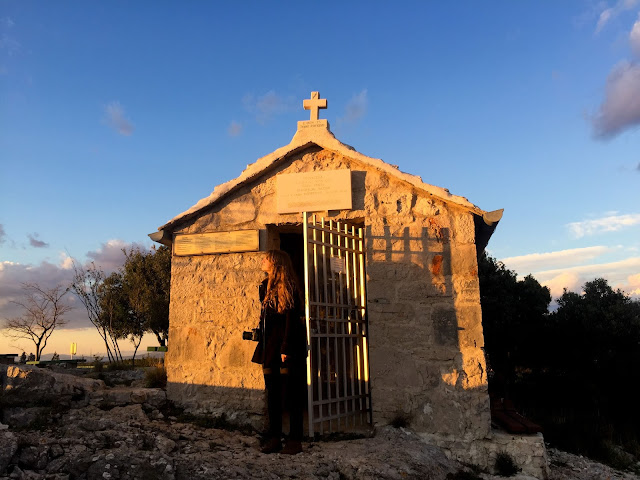 From every direction, there is an incredible view on top of Glavica, the name of the hill overlooking Stari Grad. 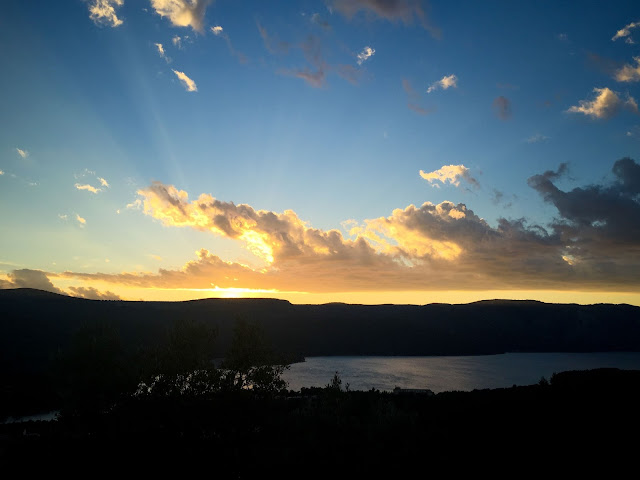 Turn the other way and you have an even more spectacular view of Brač, along with those cool cairns! 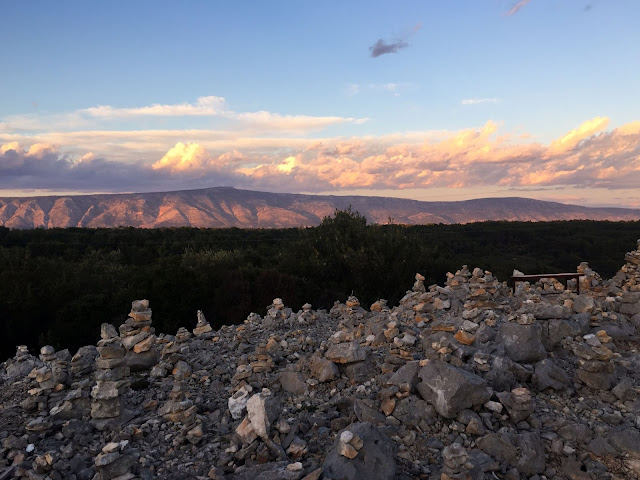 I read that the new cross is on a base made from the damaged cross. It certainly is beautiful, a beacon of hope to all. 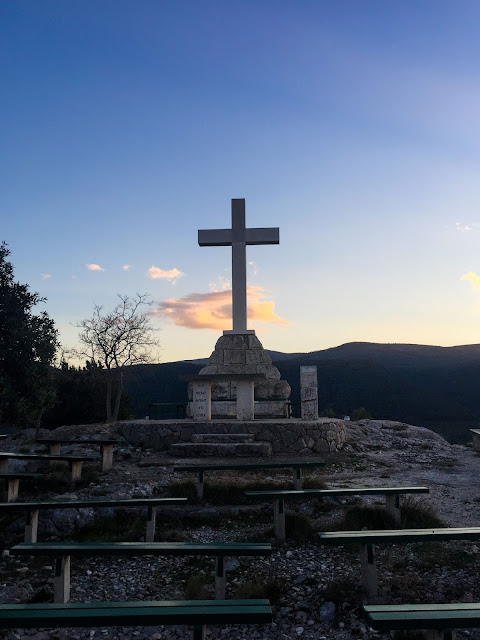 As the sun began its descent, the wind began to blow, and I got another one of my " wild wind-whipped" pictures which now makes three in this past year. It's can be crazy windy here!


With a few more glances around at the fantastic beauty, we took a last photo and then headed back down. 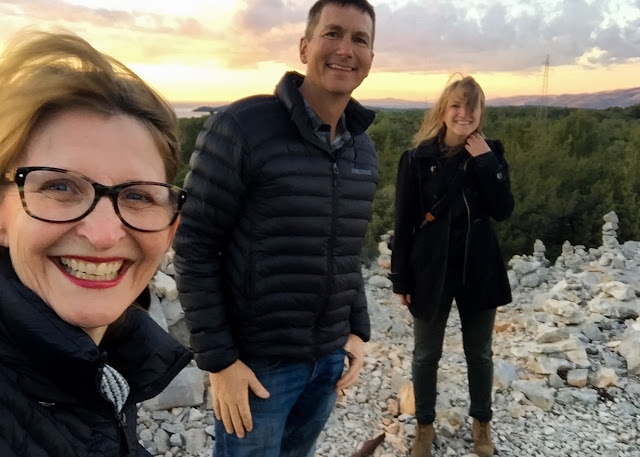 Even while on the downward path it was gorgeous! 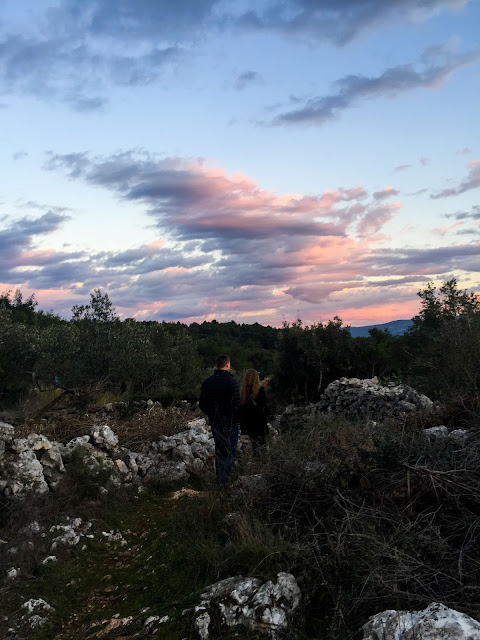 What a wonderful new memory to make with these two during our days here. 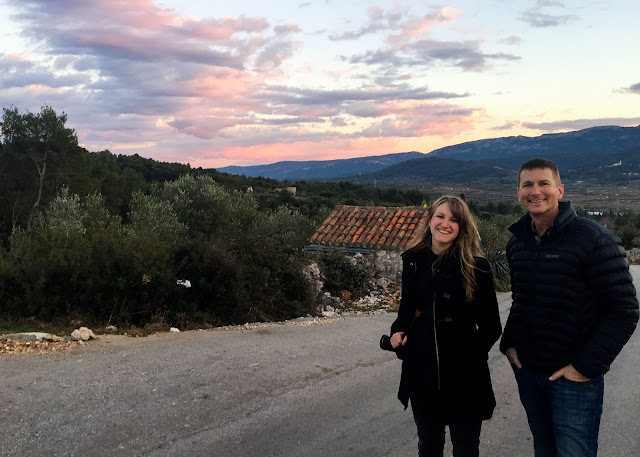