With all the traveling we do, I am always trying to stay a few steps ahead of our bookings to keep up with it all. But every once in a while I book "last minute", which is what happened last night as we drove from Vienna to Split.

Trying to find the best deal for the money, I normally read dozens of reviews and usually keep track of the ones that look good in various locations where I know we'll be staying.

But in the case of last night, I just went on, found a good price, and booked it. What a nice surprise to get there and find out it was something really special! 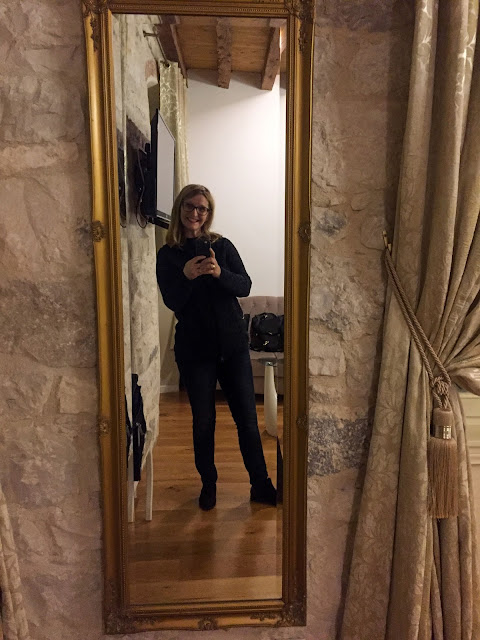 As we ate breakfast this morning, we chatted with the woman at the front desk (who was also making us breakfast) and found out that this place was renovated just a year ago, and has been so popular that they rarely have any open rooms!

The only reason I got a room was that a businessman had cancelled yesterday evening. So when I went online last minute while driving in the car at 10 PM, a room was available!

The other surprise was finding out what the rooms cost in the summer ... five times the amount that I paid for last night! Now that's what I call a good deal.


The little hotel is in the old section of the palace in Split, just around the corner from the main section. 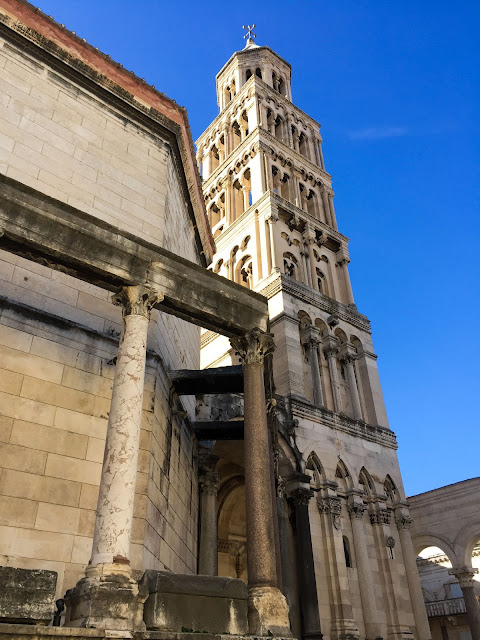 We wandered around for a bit this morning after breakfast, enjoying the charm of the city as always. 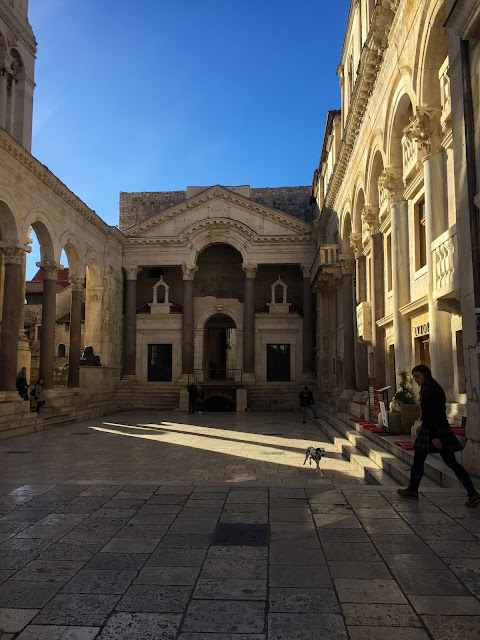 While we needed coats, the sun was out making everything sparkle. 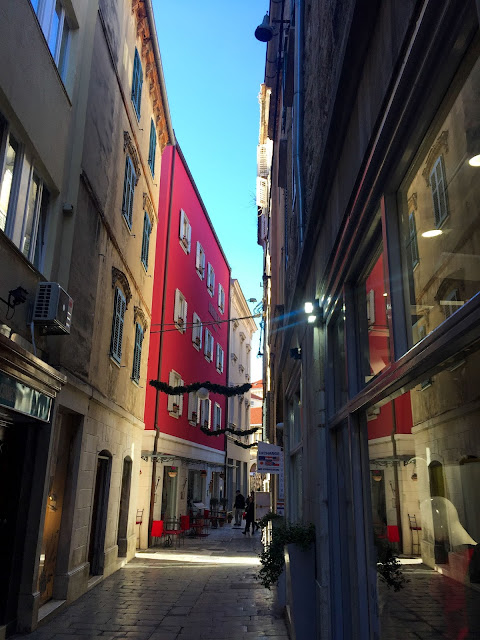 I had to chuckle as we passed by here, a scene I've seen many times while in the city.


We didn't take her up on her offer to be weighed (😂), but instead did what I love doing ... poking around nooks and crannies in the old city. 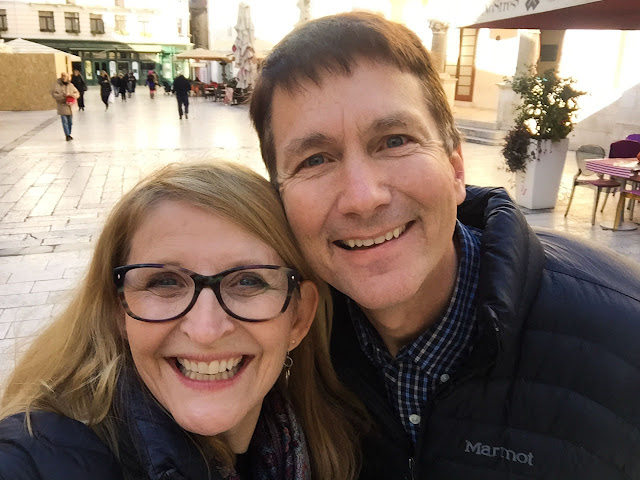 Soon we headed back to check out of the hotel. It's the one tucked into the corner between the two buildings. While it doesn't look like it, there are little side streets that go on either side of the building! 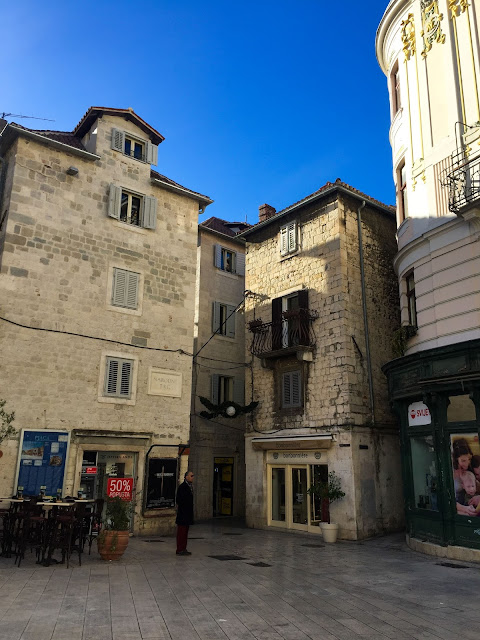 Parking was included in the price for the night (very unusual for the city) so we walked over to the garage to get our car, taking in a different scene of the city than we usually see. 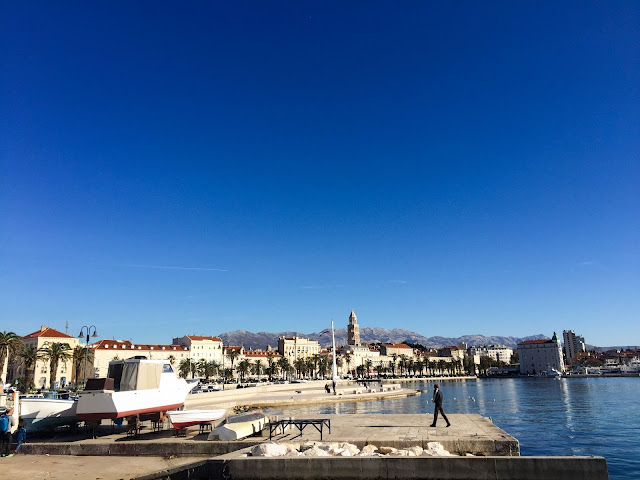 Oh what a gorgeous day here in lovely Split! 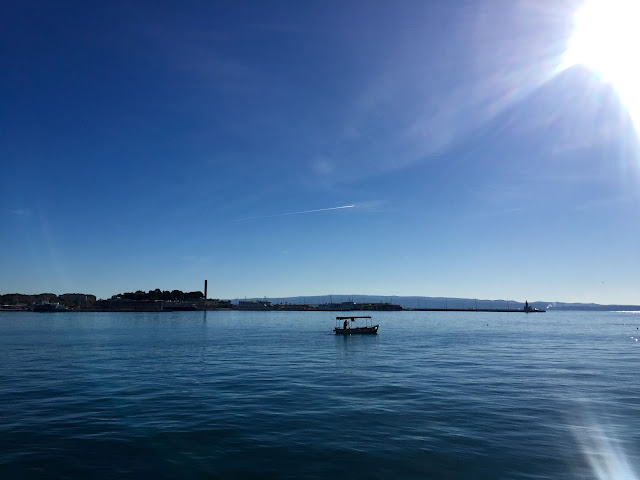 After running errands, we had dinner at our favorite restaurant, tucked away in the old palace.


Finally it was time to head to the ferry, which turned out to be very empty tonight. 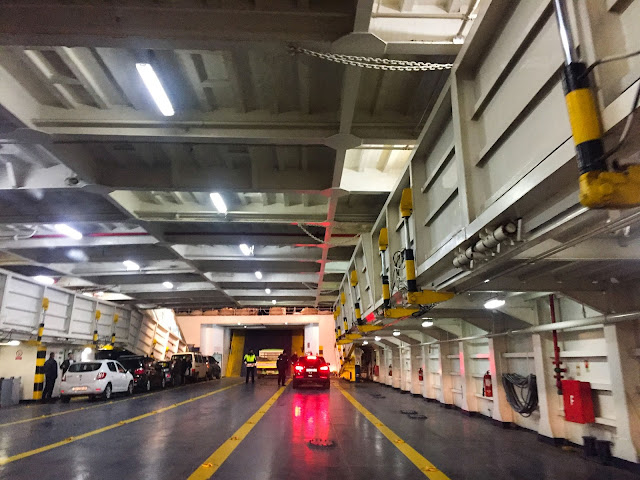 That made for a very quiet crossing over to Hvar. 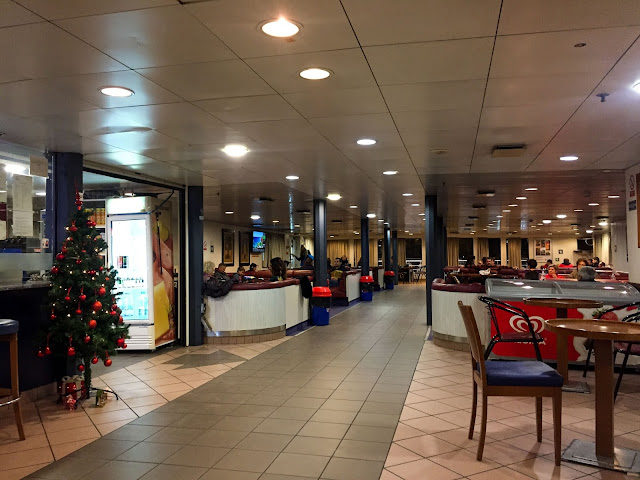 We're now tucked away here for a couple of weeks while Dave works ahead on all of his teaching preparations for the next six months, and I catch up on all sorts of things!
Posted by Living By Lysa at 11:00 PM