Switzerland is a special place to me. It's where Dave and I started dating in 1985, and where we got engaged in 1987.

But it's a long ways from us in Czech so I haven't been back many times since then. Therefore, when my return flight from the States had an option of flying through Zurich, I took it, just for the fun of going to Switzerland, even if it was just to an airport. 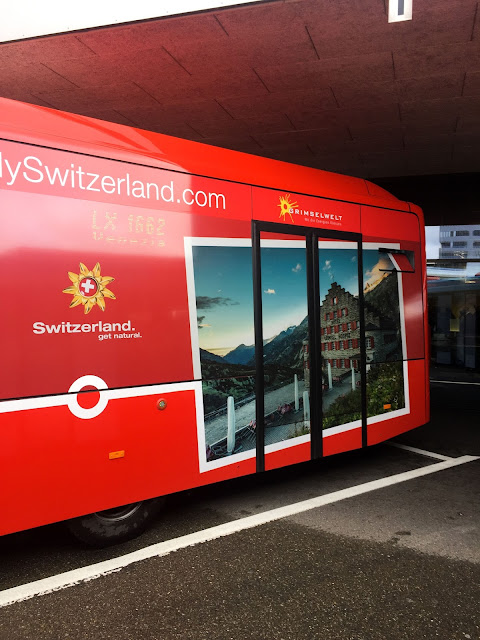 I only had a two hour layover but made the most of it by walking through and seeing all the fun shops and Swiss trinkets! 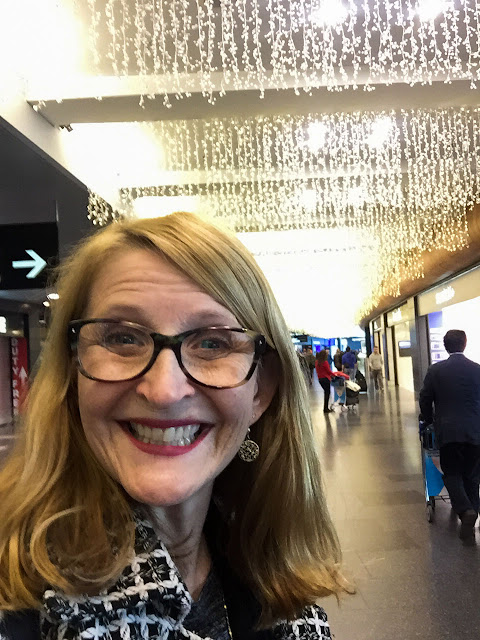 As we took off for Prague, I had a twinge of sadness that there wasn't any snow or mountains nearby that really made it seem like I was in Switzerland, not to mention pretty dense clouds that kept me from seeing much of the ground once we crossed over into them. 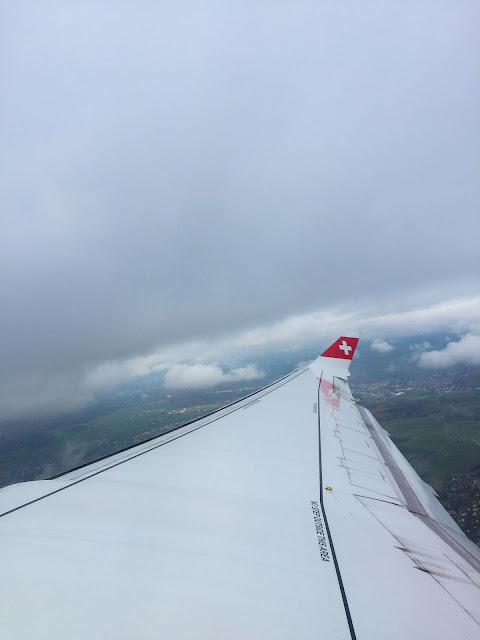 I dozed off in the plane, with my head against the window since I'd barely slept on the flight across the ocean. Imagine my surprise when I suddenly woke up to this!! 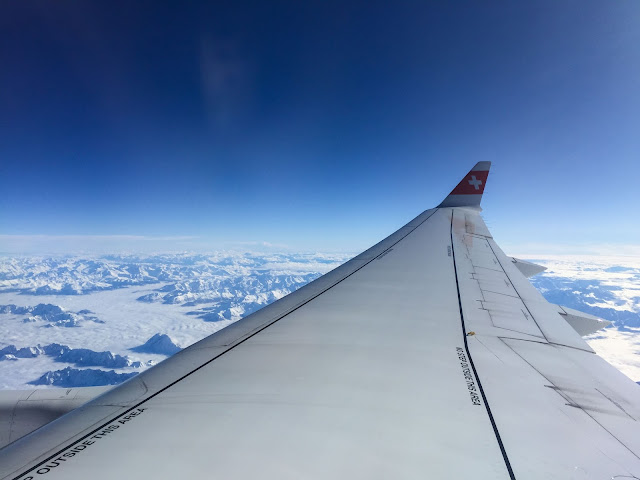 It was like seeing a lake of white, with mountains poking up through it! 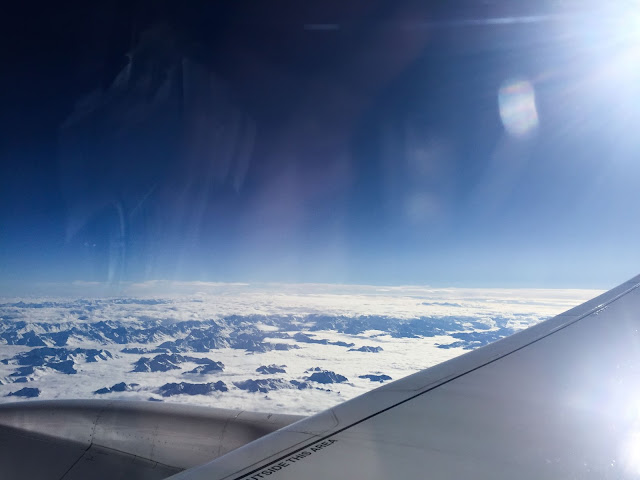 Within just five minutes, we'd flown past the Alps. But I'm so glad I got a little glimpse of them.

It was the proverbial "pea soup" when I arrived in Prague an hour later...fog so thick you could hardly see anything even on the ground! 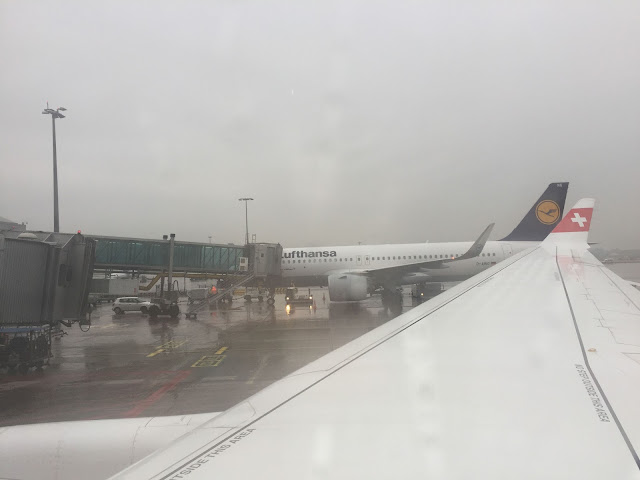 But I'm happy to be back at home after a month away!
Posted by Living By Lysa at 9:00 PM