In the Air Again

Yesterday morning I said goodbye to these dear friends, Jay and Jerri Kayll. 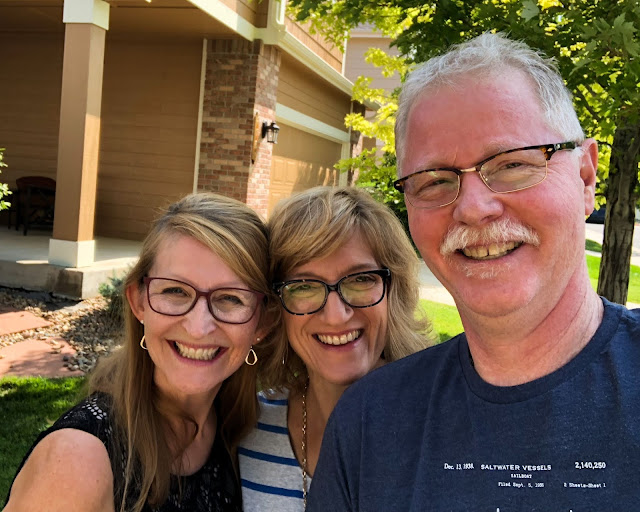 Having been friends for 34 years, it was such a delight to stay with them while in Denver for my niece's wedding. Two nights was just not long enough to get caught up, but we made the most of it and logged a lot of hours of conversation these past two days.

I forgot to take a picture of me as a "pack mule", but caught this one right after I checked everything in that was going back to Czech. 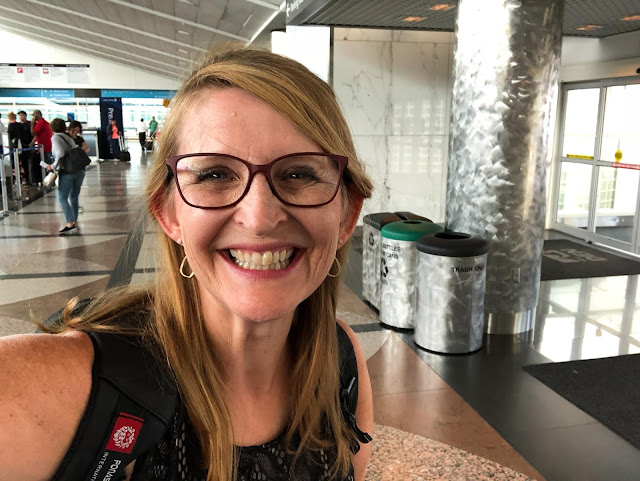 I had only come with a carry-on, but went back with these three bins. 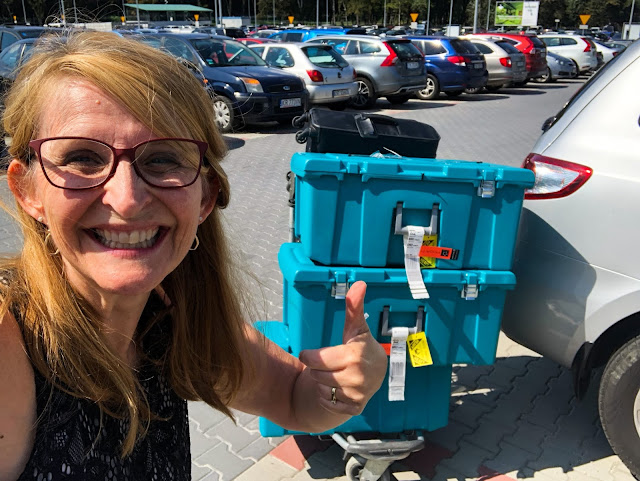 No, I'm not stocking up on American clothing, food supplies or English language books. Rather, I'm transporting things for Caleb and Haley in anticipation of their departure for Albania in September!

My routing for the trip back took me through Chicago, which turned out to be a mere 25 minutes long after a delay getting out of Denver. I wasn't positive I'd make it on the flight over the ocean, and was almost certain that the bins wouldn't be in Krakow when I arrived. But sure enough! There they were...the first off the belt at baggage claim.

I used my best muscles and man-handled those heavy bins to and into my car, and then made the two hour drive home after my whirlwind trip to the States. 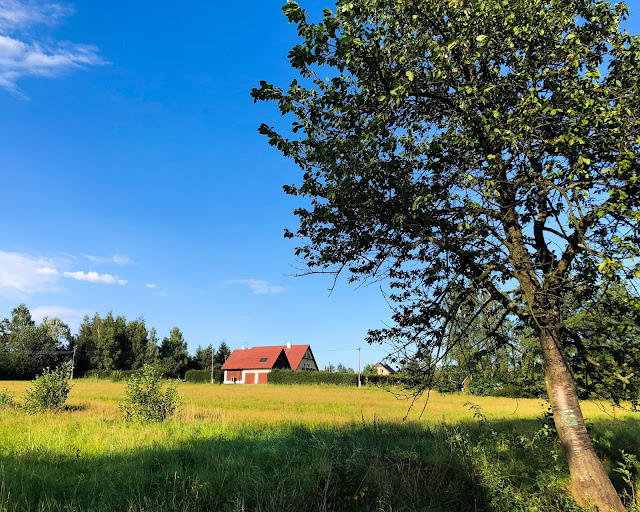 Gone for 80 hours, I was in Denver for 46 hours and traveled for 34. It was absolutely and totally worth all those hours to be there for my dear niece, Kyrie, her parents and the rest of the family and friends who celebrated her marriage to Jake!

Thankful for the sweetness of these past days.
Posted by Living By Lysa at 6:26 PM