The Miracle of Prayer

In Leipzig, Germany to visit our friends and JV teammates, Jim and Lina Miller, I was downtown today with Lina, exploring the city.

We enjoyed lunch at the top of a department store building overlooking so many beautiful sites here. 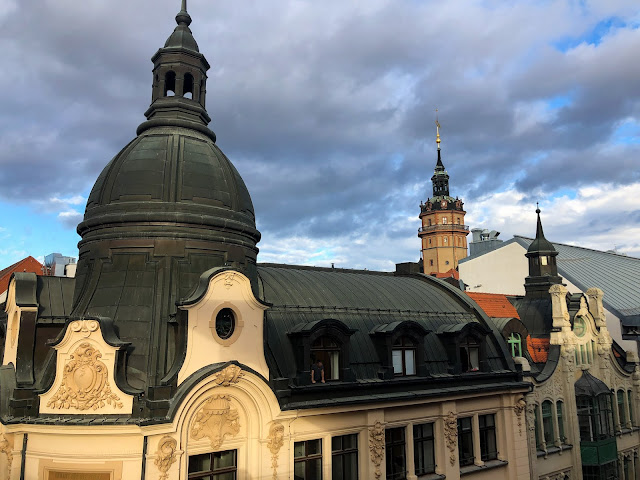 Little did I know when taking the above photo that next we were headed to see the church with the tall steeple, the one to the right in the background.

This church, beautiful inside and out, has a significant history that moved me the first time I ever heard about a few years ago.

But even more so today. 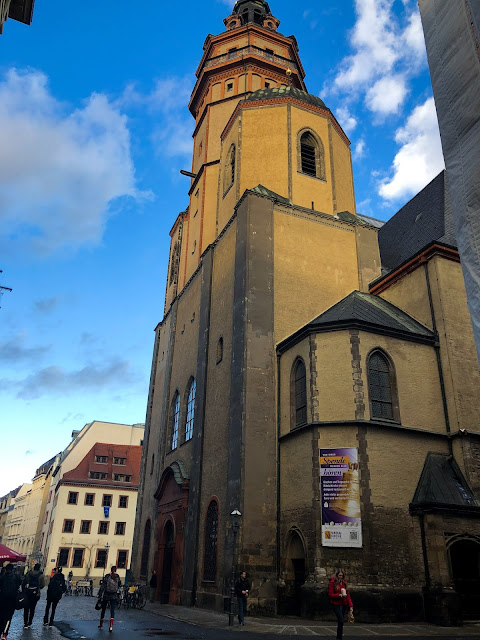 Originally built in Romanesque style, it was later reconstructed in the late 1700's in a classical style according to French patterns. 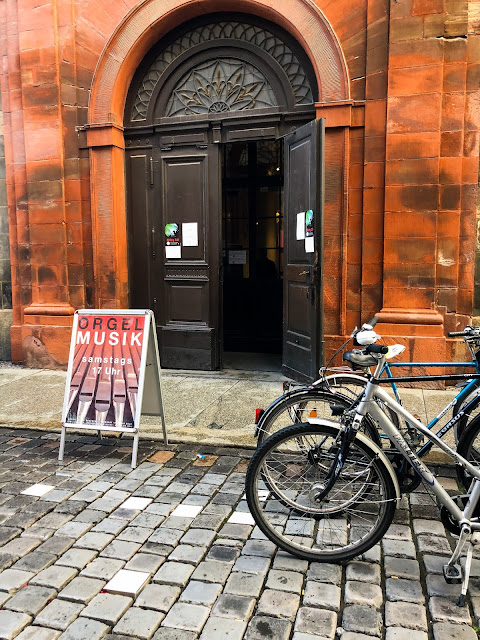 When you're outside the door you have no idea what waits for you inside.

I literally had my breath taken away as we walked in and saw its beauty! 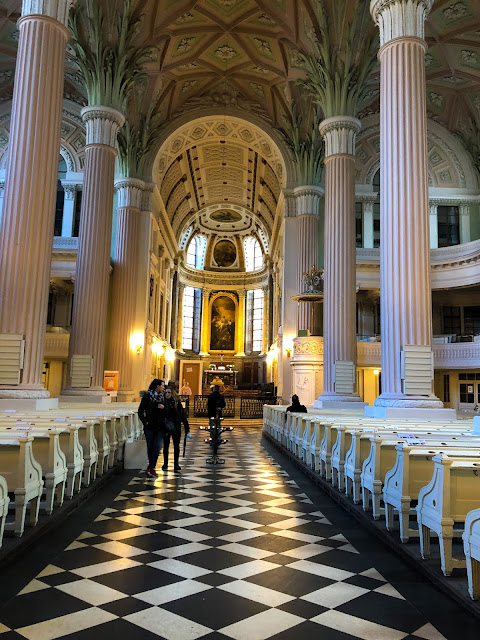 In the 30+ years that I've been living in Europe, I've never seen anything like this.

The soft white, pink and green pastel colors create such a soothing atmosphere, and make you want to just sit down and rest in the presence of God, as many people come here to do. 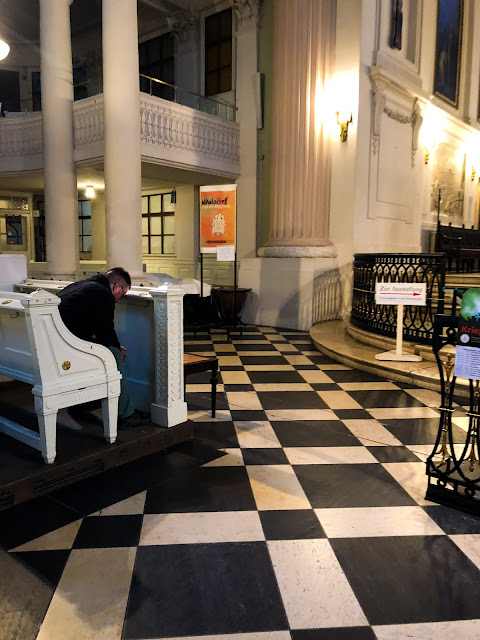 The church, which has served Protestant worshipers since 1539 when the Reformation came to Leipzig, like the St Thomas church nearby, also enjoyed the gifts and talents of Johann Sebastian Bach who served as organist for the choir during his years in Leipzig.

But something significant in the spiritual and physical world began to take place here in the 1980's. 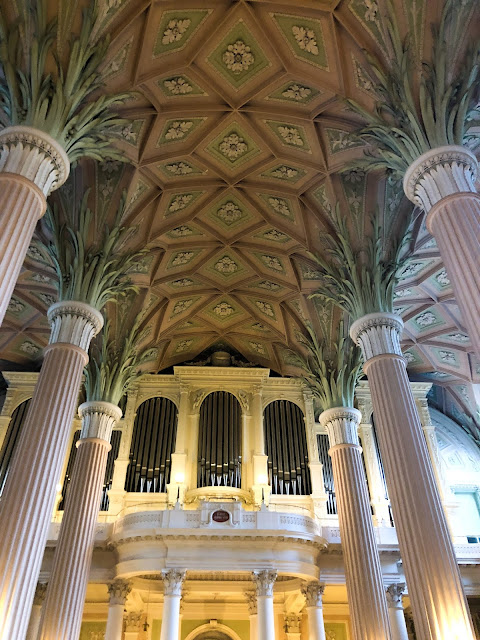 A young congregation in this church began to hold prayer services for peace in (former) East Germany. Every Monday they met together to pray, even when there were only small numbers gathered.

By September 1989, more and more people came to support the movement towards freedom, Christians and non-Christians alike. 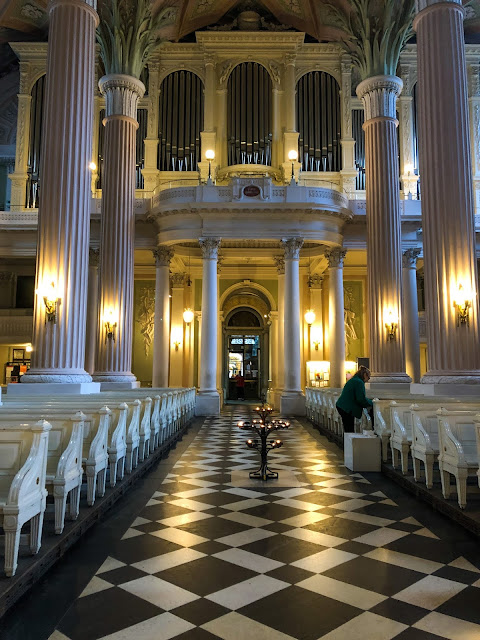 As the protests mounted across East Germany, the prayers continued for peace led by the pastor, Christian Fuehrer. These peace prayers resulted in the so-called "Monday Demonstrations" where thousands of people holding candles outside of the church came to protest the government.

On October 9, 1989, 70,000 demonstrators showed up in the square outside the church, face to face with 8000 armed security forces deployed by the state. They cried out, "We are the people" and "No violence!".

What is known today as the "Miracle of Leipzig" occurred that day as the security forces did not shoot and the demonstration ended with victory to the people.

The dam had broken, and this led to sweeping protests throughout the whole of East Germany, leading to the opening of borders on November 9, and the fall of the communist regime in that country, and throughout Central and Eastern Europe. 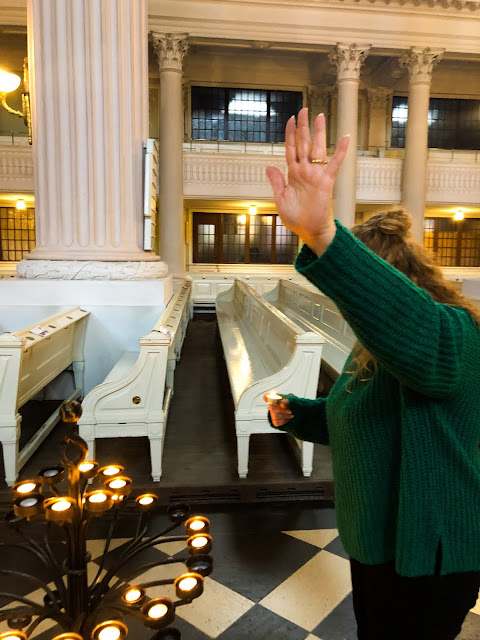 And it had started with prayers for peace. 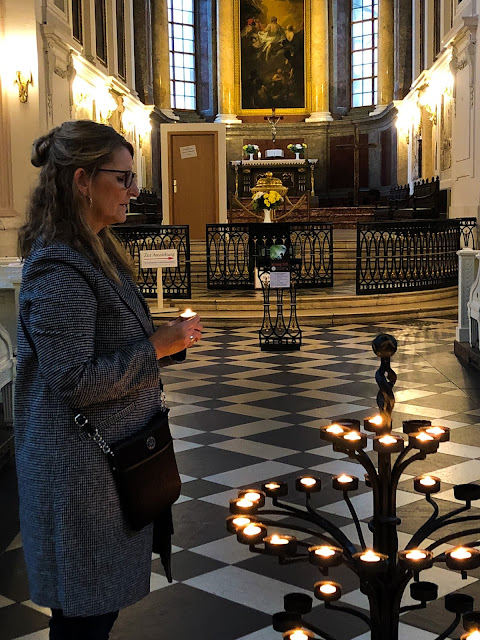 I both felt like crying and bursting into song as I stood there in the church, praying for a spiritual revolution to take place in these countries where we've given our hearts and lives for the sake of the Gospel these past 25 years.

Could that kind of revolution take place again, almost thirty years since the political revolution?? 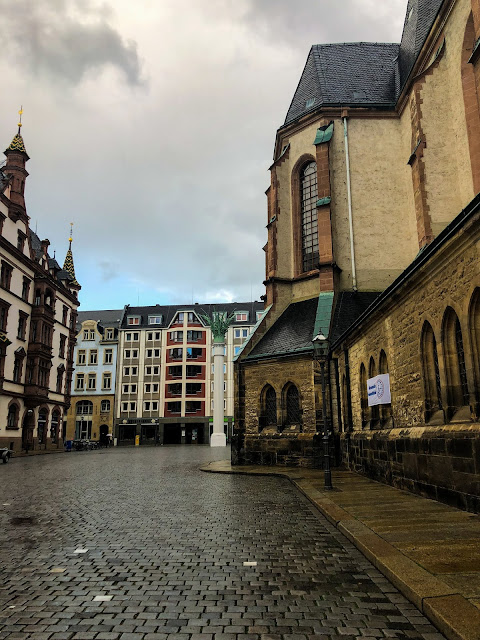 I wholeheartedly believe it can!

And thus the continuation of our part in prayer through the online JV Prayer Room. We've almost completed two years of prayer here. Oh please join us if you haven't already! God's Word is so clear about the command and privilege of prayer, so we're joining many others in prayer for God to move in this region of the world.

I know there are many places throughout this region that are also standing in prayer, 24/7, for this to happen. In fact, one of those is happening right now, again, in Leipzig. Dave got to visit a literal house of prayer today, where people come and go day and night, calling out to the Lord for His peace to prevail again.

I know you've heard me say it before, on this blog, in newsletters, and in person: We have been praying, and continue to pray, for spiritual revival across this land that once held vibrant believers who preached of faith in a living God.

Yet today, the spiritual climate is mostly cold. We are waiting and praying for God's movement here to come again, and for revival to occur in our lifetime. 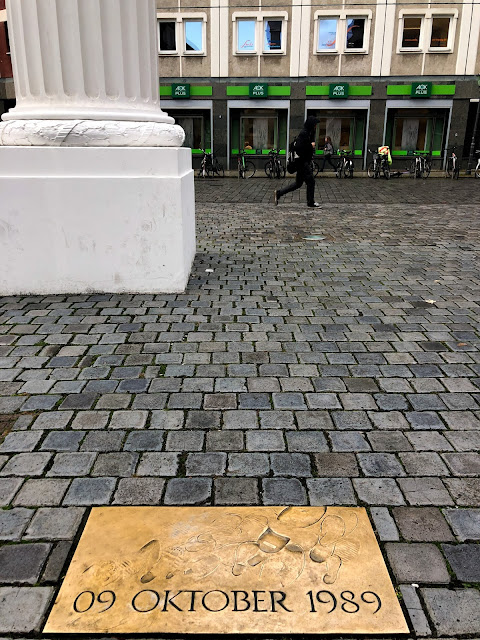 What will bring about this revival that came in one sense back in 1989?

The continual proclamation of the Good News of Jesus, a return to living according to His Word, and I believe, a crying out to God in prayer on behalf of all those who have not heard, or have yet to receive His gift of salvation. 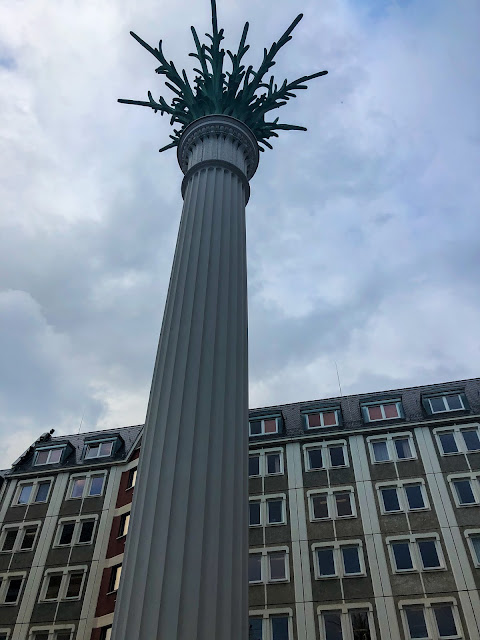 This column outside St Nicholas church in Leipzig stands as a memorial to what the prayers of God's people did in this region of the world, to bring down the government that held them in bondage, and open the way to freedom.

But we long for there to be more than just governmental freedom.

We hope, pray, do all we can and believe God to sweep through this region of Central and Eastern Europe and do again what He did before: lead people into relationship with Himself, the living God, and transform us into His image, and lead us to freedom in Christ.


Oh Lord!!
We pray for walls to fall,
mountains to move,
and lives to be transformed
for your name's sake,
and for YOUR GLORY!!
Posted by Living By Lysa at 11:00 PM