Last night we arrived into Leipzig, Germany where our long time friends, Jim and Lina Miller, live and serve with Josiah Venture.

After a quick driving tour of the city, we came to their home where we'll be for the next few nights. 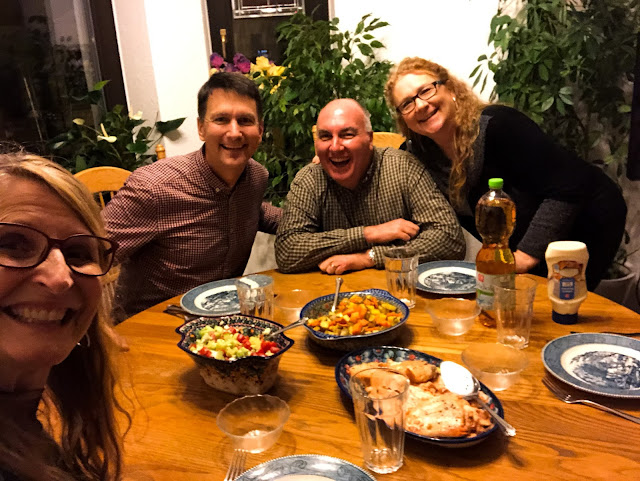 Jim and Lina are well known for their gift of hospitality, and we experienced it once again, like we have over the past 30+ years!

This morning, Dave and Jim were off early for meetings. They'll spend all of today talking with people Jim and Lina have connected over the years here, like-hearted people who are also passionate about reaching young people with the Good News of Jesus in this area of Germany...an area once vibrant with faith, but with small pockets of it now. 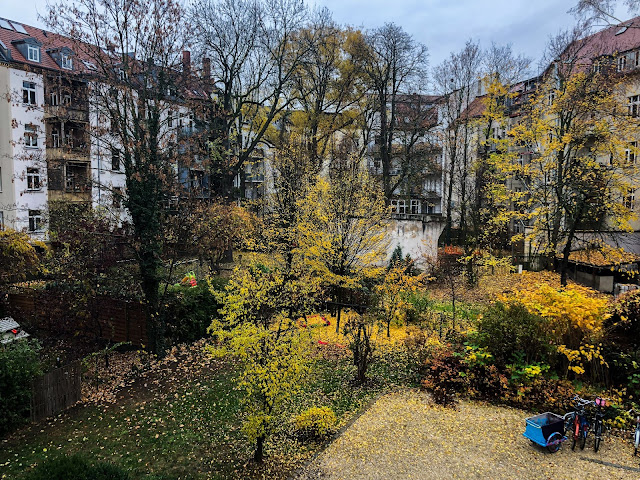 Lina and I spent the morning in their home, curled up with coffee and muffins, talking as fast as we could get words out! What a joy to connect with a friend I've known for so many years.

In the afternoon, we headed for the tram to go downtown Leipzig. 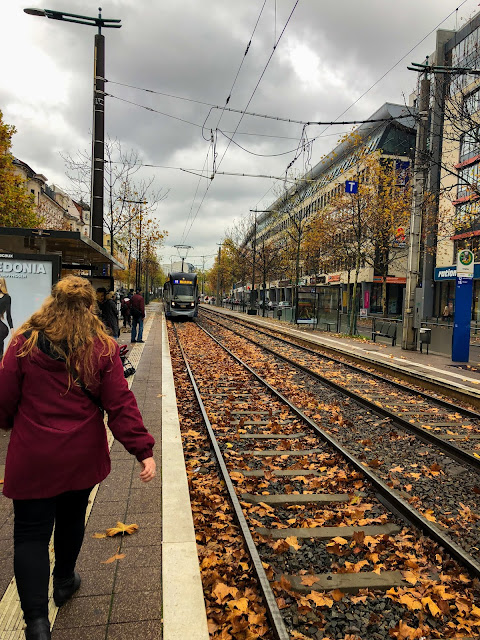 Although liberated by the Allies after World War 2, the United States turned Leipzig over to the Red Army as they pulled back from the line of contact with Soviet forces in 1945, and then Leipzig became one of the major cities of the German Democratic Republic (East Germany).

During the following years under the darkness of Communism, a church first built in 1231, the Paulinerkirche, was blown up in 1968. 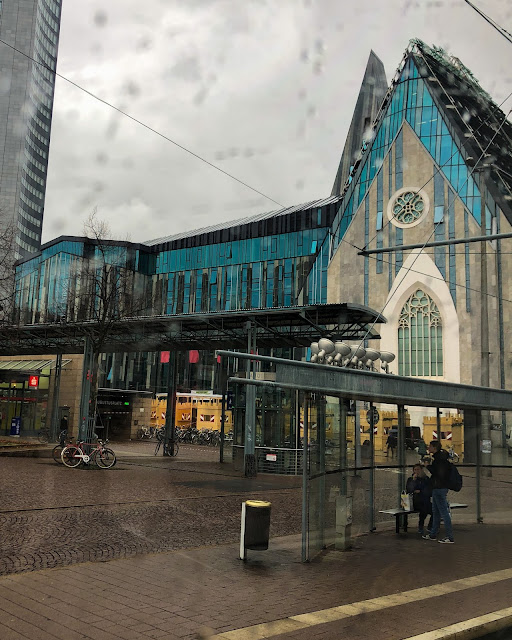 Completed in 2009, today it's been replaced by a building that belongs to the university, but commemorates the church that once stood here, and includes a place for prayer and religious services in the exact place where the church once stood.

As I was to find out with Lina, this city is full of spiritual heritage from many years gone by. 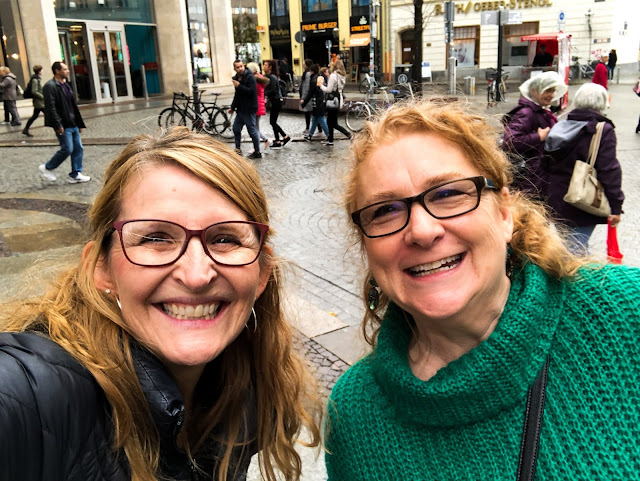 She took me first to the Thomaskirche, a Lutheran church were Martin Luther preached in 1539! 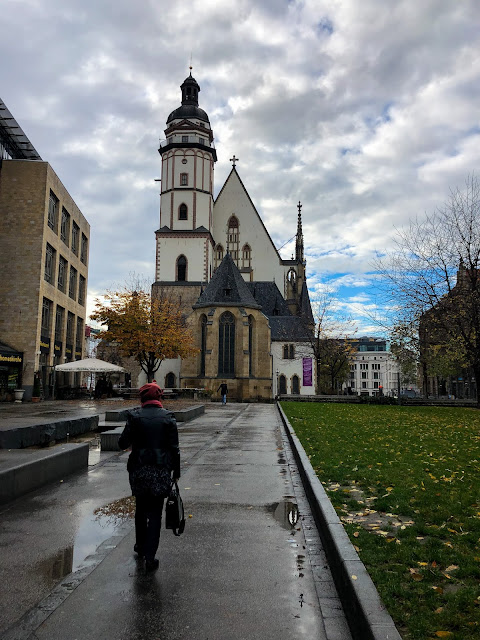 But it's also significant because it was the place where well known composers, Richard Wagner, Felix Mendelssohn and Johan Sebastian Bach worked! 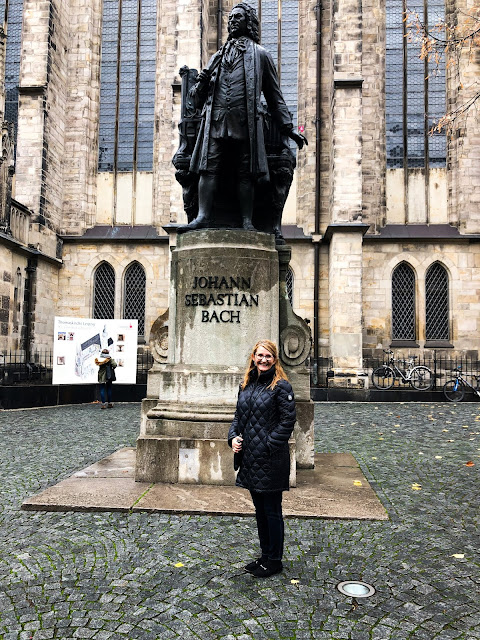 There has been a church in this spot at least since the 12th Century! And although rebuilt over the centuries and damaged by Allied incendiary bombs in 1943, the church today mainly retains the character of a late-Gothic hall church.

Having studied classical musical through my high school and college years, it was especially thrilling to me to be here in the place where Bach composed and worked as the choir director from 1723 until his death in 1750. 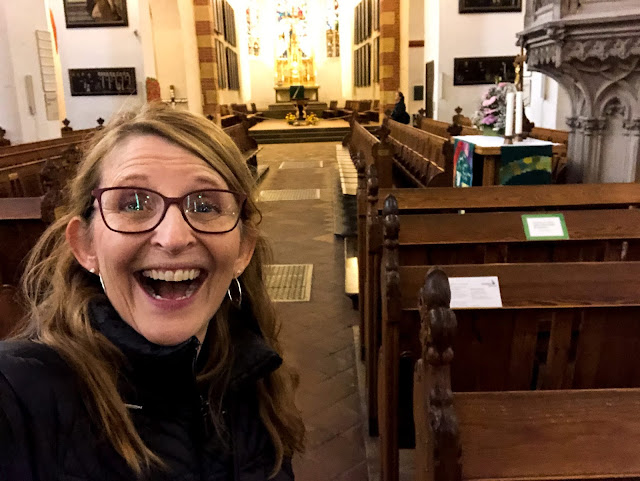 While his original organ is no longer here, a new organ was built in 2000 for the commemoration of the 250th anniversary of his death.

Would you believe that today, as we stood in here, someone was practicing on that organ?? I wanted to stay there for hours to listen to Bach's music being played there in the place where he made music! 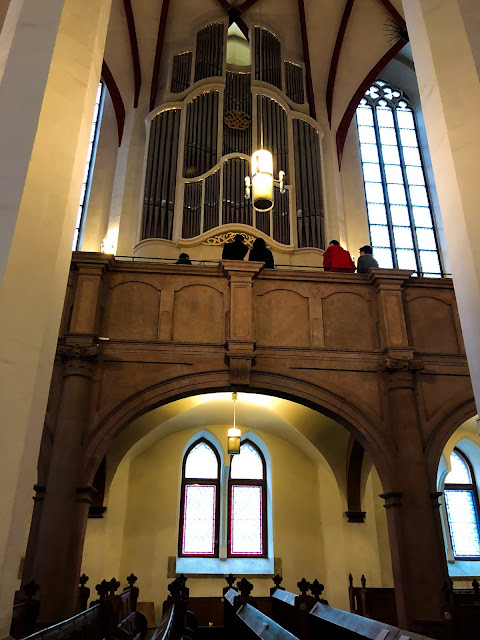 Many people today don't realize how vital God's Word was to Bach and his musical creations.

Take a look at the Scripture he used to compose just one of his Chorales! 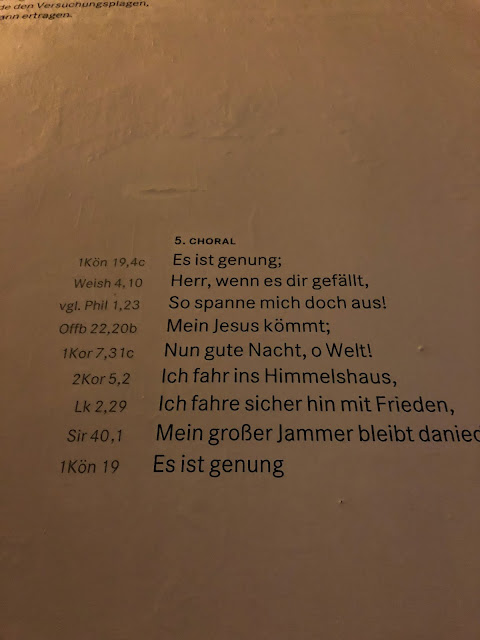 1 Kings, Proverbs, Philippians, Corinthians, Luke ... he used Scripture liberally in his compositions as a man devoted to God. 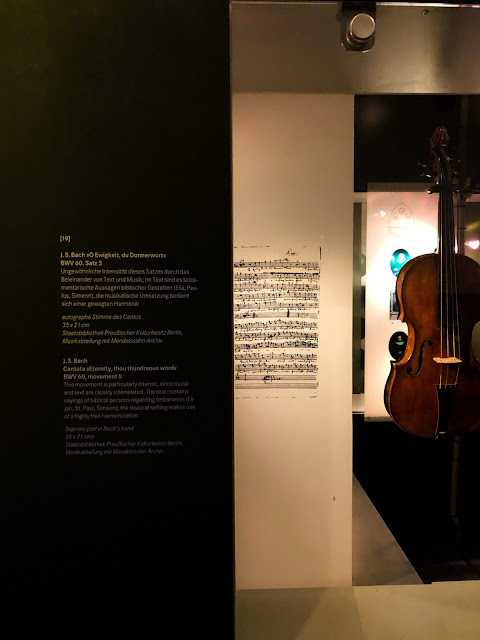 There is a small museum in the church, devoted to Bach and the Baroque period of music composition.

The first piece of classical music I ever played was from Bach. How special to be here in the city, and at the church, where we once lived, composed and gave glory to God through his music. 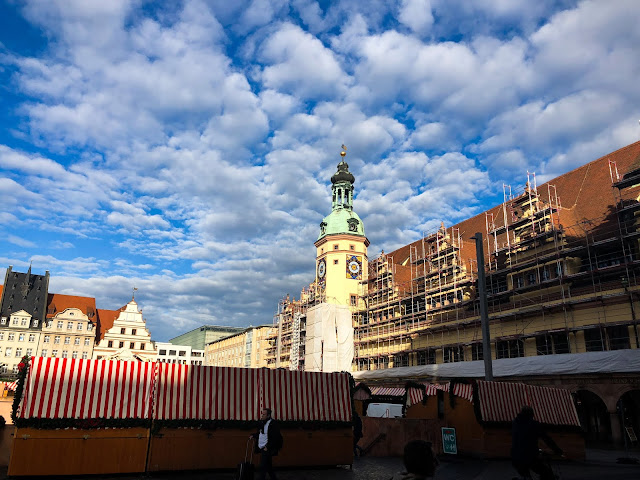