Budapest and an Old Friend

This week-end Dave has been in Budapest for a Lausanne Younger Leader's Conference.

The Lausanne conference first began in July 1974. 2,400 participants from 150 nations gathered in Lausanne, Switzerland, for the First International Congress on World Evangelization, spearheaded by Billy Graham.

The second "Lausanne" took place in the Philippines in 1989, and Dave was invited to participate in that conference (in the country of his birth!). Since then, there has been one more large conference, in Cape Town, S. Africa in 2010.

But every year since 1989 they have organized conferences for younger leaders, bringing together emerging influencers and senior global leaders to build up the next generation of influencers for the Gospel, and to encourage leadership development.

Dave had the privilege of speaking to that group at this year's conference. 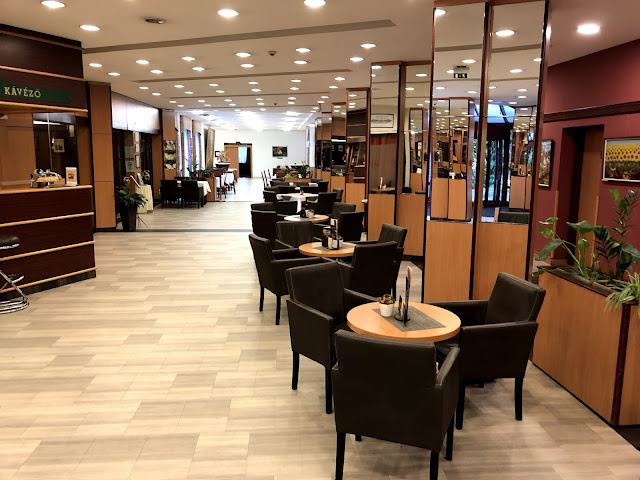 Dave loved being with these young leaders for three days, speaking and mentoring different ones from around the world.

But he had another significant meeting with someone else. 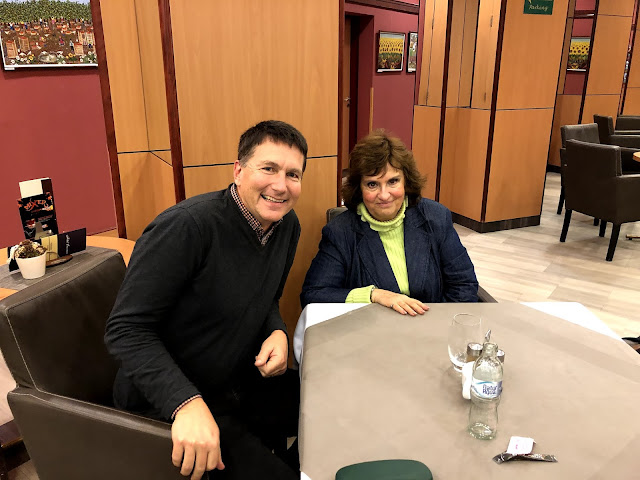 Twenty eight and a half years ago, in July 1990, Dave took a group of US military dependents into Hungary, a country that had been Communist territory just six months earlier.

When the walls fell, he and our Malachi staff in Germany at that time, realized the significant opportunity that lay just over the "iron curtain" and wanted to bring the Gospel in while there were still open doors. At that time in history no one knew how long freedom would last.

Through contacts he'd made with Campus Crusade who were doing itinerant (and probably covert) work there during Communism, he found an English speaking school in Budapest, contacted the principal, and asked if he could bring a group of Americans in for an "exchange". The woman in the picture above was that principal. Amazingly she agreed.

During that week, American students shared their faith with the Hungarians, and at least five put their faith in God as a result of their time together.

It was on that trip that God began to speak to Dave about His plan for these former Communist countries, and as you know, it changed the course of our lives.

But he'd never seen Aniko since that summer exchange in 1990. 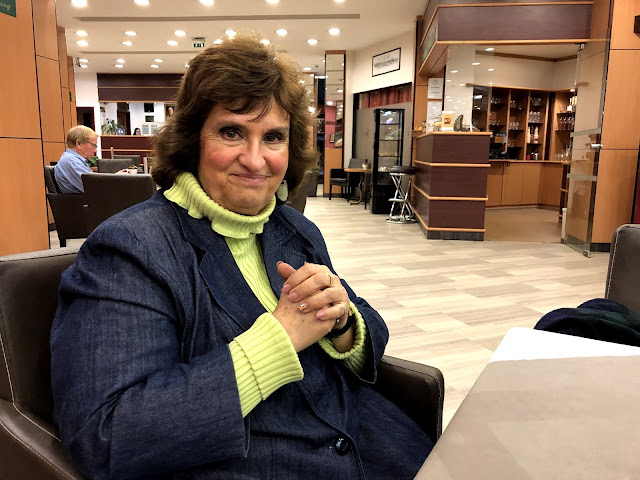 But since he was going to Budapest, he decided to try and contact her. Through an email address at the school (where she retired from five years ago), he wrote asking if they could put him in contact with her. They had her email and passed on Dave's note to her. She wrote him and they arranged a meeting.

And yesterday, they met for the first time in all these years!

Over the course of their three hour conversation, they picked up right where they left off, catching up, talking about family and what had happened during all the years since they'd first met.

And they talked about spiritual things.

Dave had shared the Gospel with her back in July 1990, but she was not open to it. Nor is she now.

While their conversation was warm and she was so appreciative of Dave making contact again, she made it clear that she does not believe in God, even though for fifteen years after that first group came with Dave and our Malachi staff, more Christians came to her school for exchange programs and shared with her as well!

But we don't know what the end of this story is yet. Perhaps one day Aniko's eyes will be opened by God and she will recognize Him as the One who has been pursuing her all these years. We pray so!
Posted by Living By Lysa at 1:46 PM