Yesterday turned out to be one of those magical afternoons! 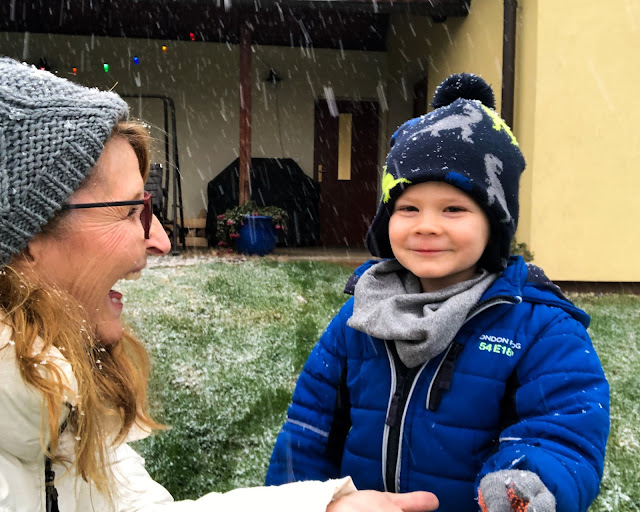 Lara and the boys had come over in the morning while Tyler had some meetings for the day in Frydlant.

Shortly after I got home from our iTeam meeting, it started to snow!! 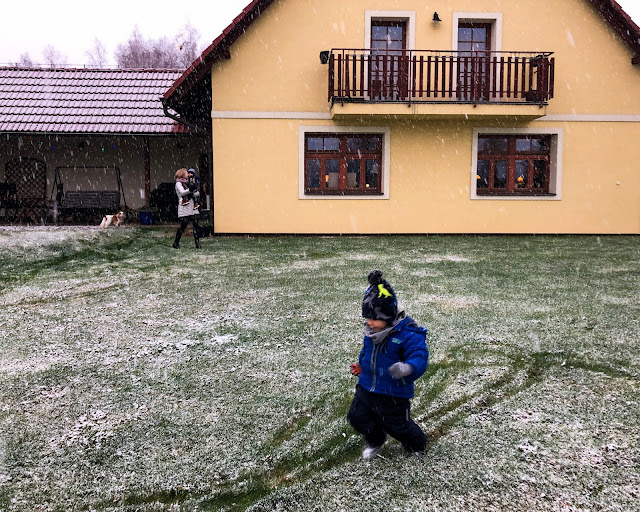 I'm so glad Lara had brought the boys' snow pants and coats so they could go out into it and experience their first snow of the season.

No better way to check it out than have a little taste! 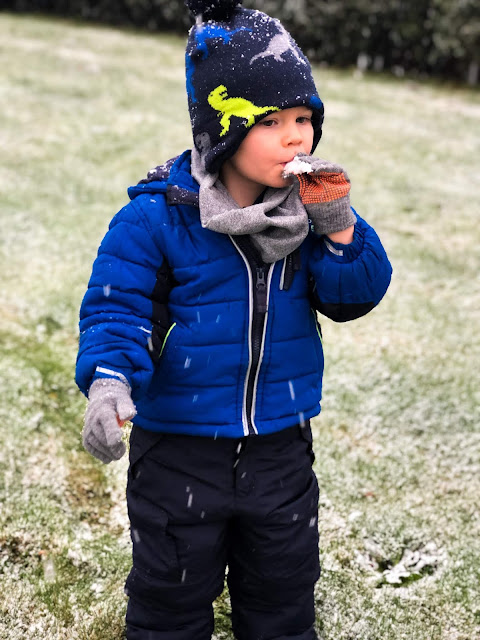 Big flakes continued to fall, and Lara made the first snowball of the season for Judah! 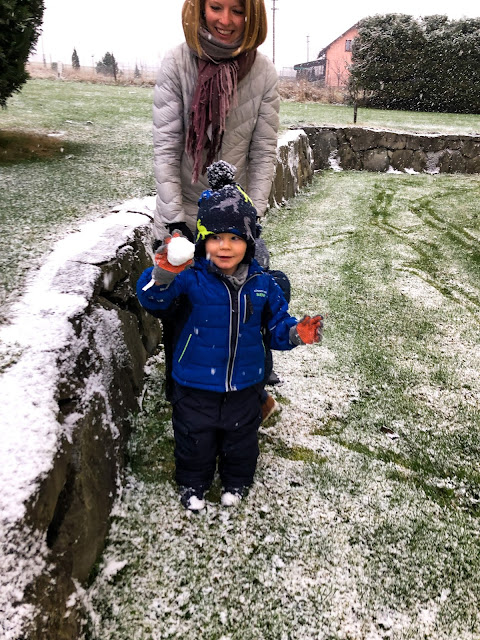 For Asher, this is his first experience in snow that he's aware of. Last year when they arrived in January, he was still a baby so it didn't fully register.

But today, he seems to be enjoying it! 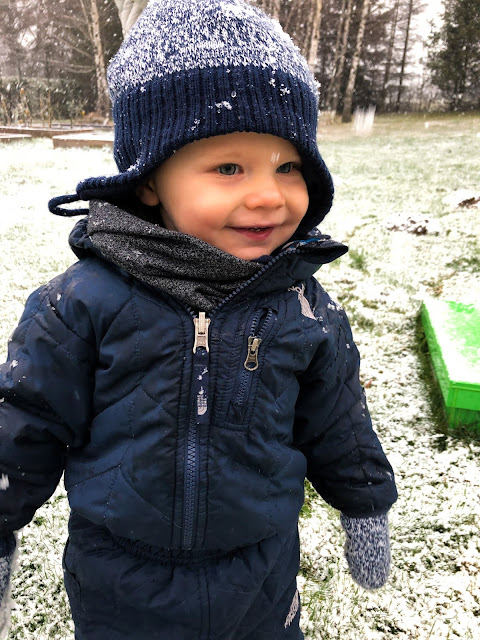 After having fun making tracks in the snow, Lara rolled some more snowballs and made a tiny snowman. 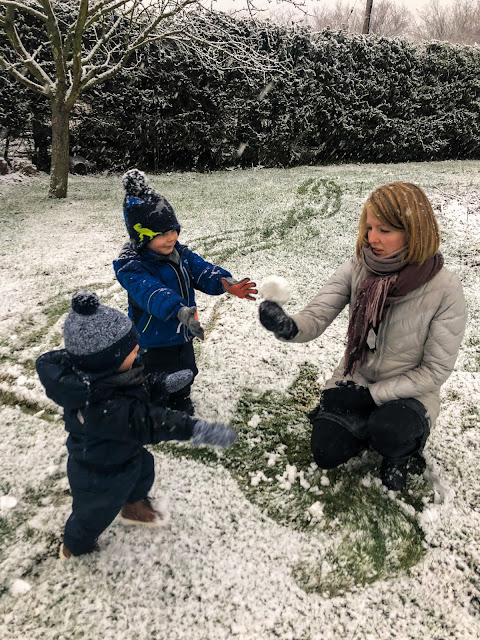 I raced inside for eyes and a nose to complete him! 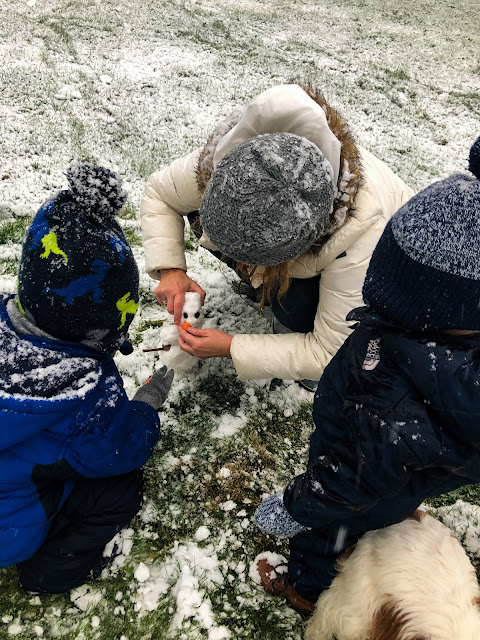 As the snow continued to fall, our snowman came to life! 😂 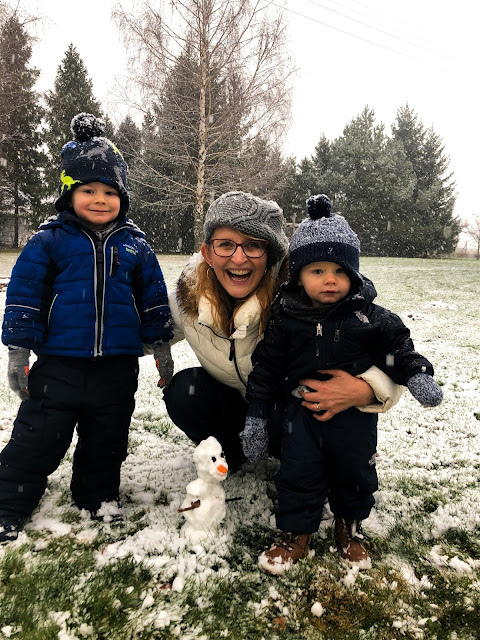 And the fun continued with more delightful play in our snow covered yard. 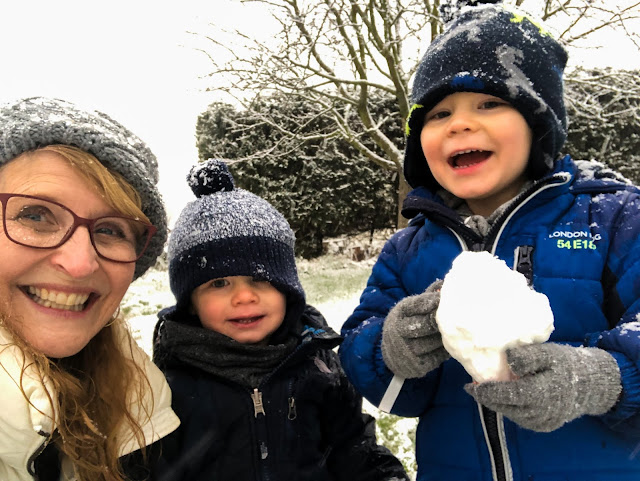 Soon, Tyler arrived and Judah asked him to make a bigger snowman.

Judah and I were the snow shovelers, giving daddy his snow supply for this little fellow! 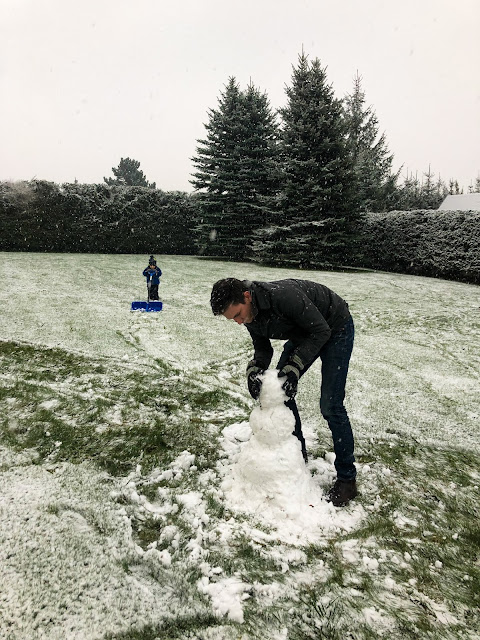 By this time Asher had dropped one of his gloves, which I'd rescued and tried to put back on him. But he would have none of that!

I think he wanted the full experience of seeing what snow was like on his tiny hands! 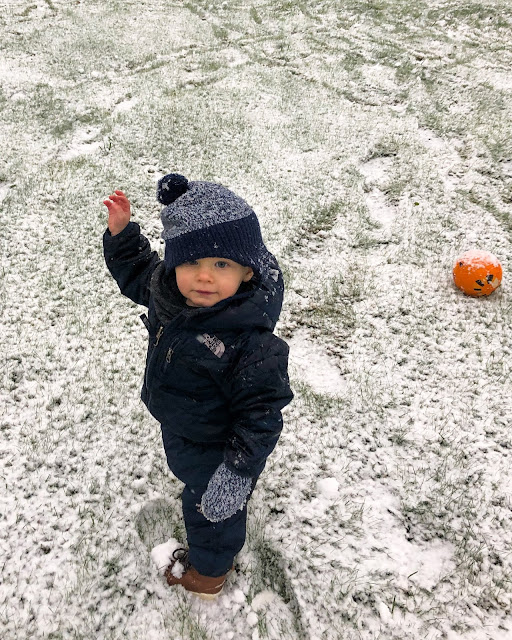 Tyler and Judah completed Snowman #2, and were proud of it! 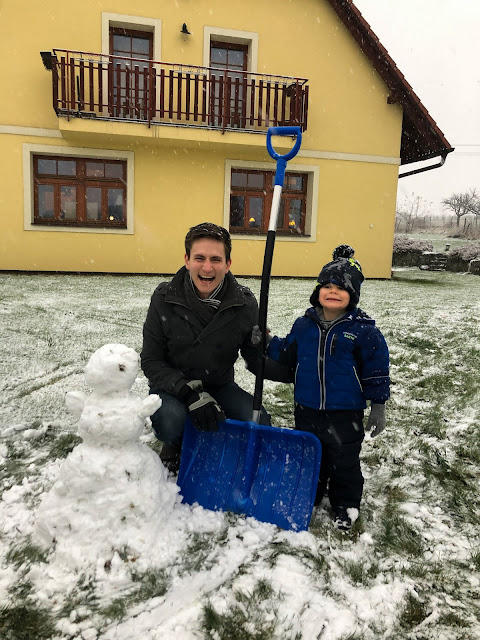 But Asher was still trying to figure out all of the ins and outs of a snow day at Nonnie's house. 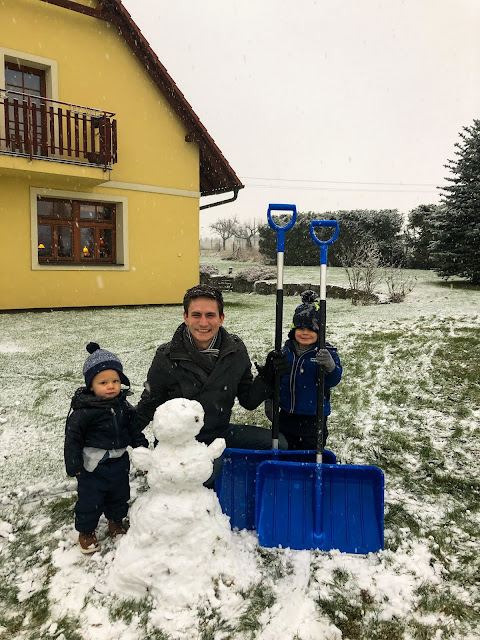 But then, there was a little glint in his eyes as he examined the snow man. 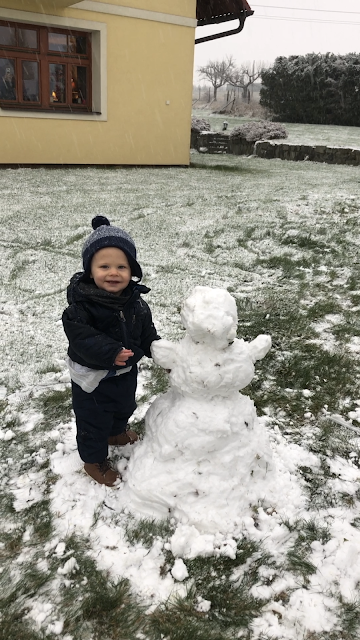 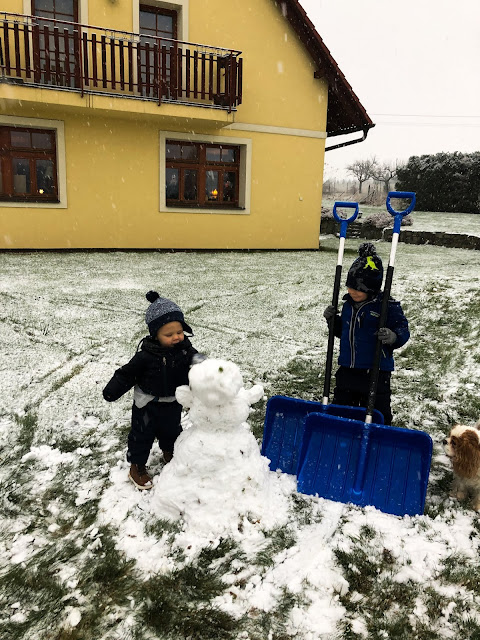 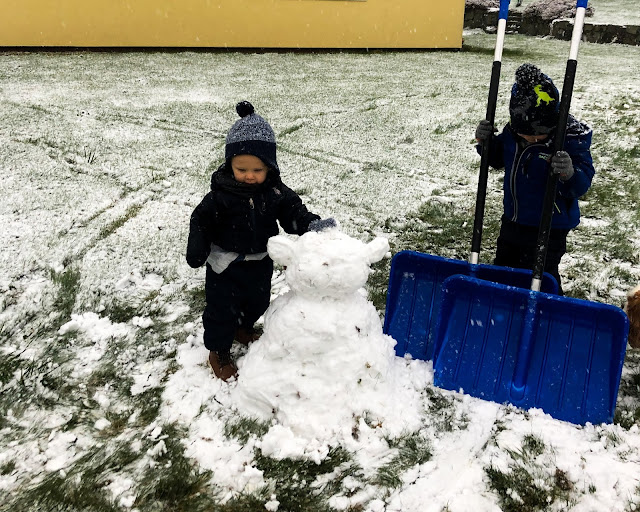 This began HIS idea of a fun snow day! Of having daddy put the head back on, so he could push it off!

Soon those little icy fingers on the hand with no glove determined his fate of going inside. But Judah and I continued to play "for just a while bit" (cutely mixing up the expression "Just a little bit" or "Just a little while!") until his cold fingers needed warming up too!

We made cups of tea and sat at the kitchen island drinking and eating gingerbread cookies at the end of our magical afternoon! No pictures of that as I was too busy refilling his little cup time and time again to have another "bit of tea"!

I'm so glad they happened to be here yesterday as today, this is all that's left of our snow! 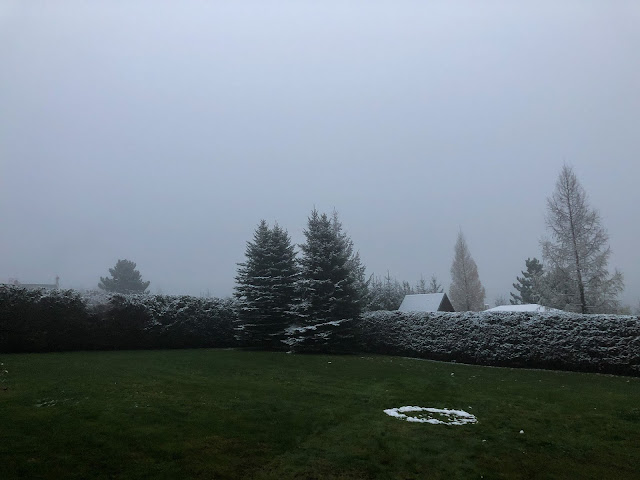