On what some say is the last day of this beautiful fall we've been having, I got to walk the grounds of Schönbrunn Palace in Vienna this morning. 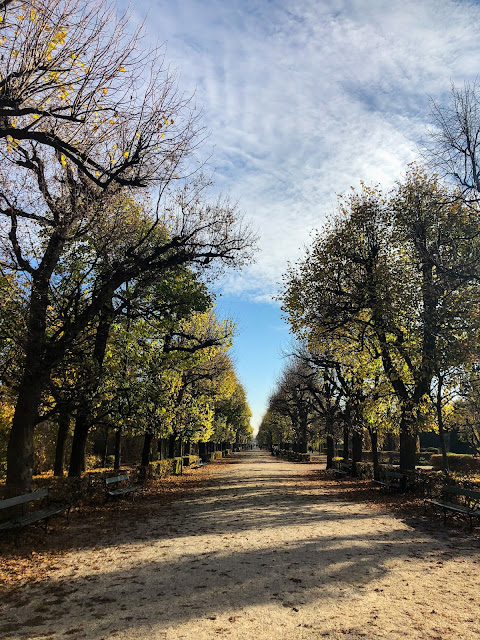 In all the years I've lived in Europe, I had never walked the grounds of Schönbrunn (one of the most famous sites, for sure in Austria, if not all of Europe) until last year!

I'd been in there for a concert years ago, but never saw the back of the palace, which leads to the unbelievably beautiful grounds. 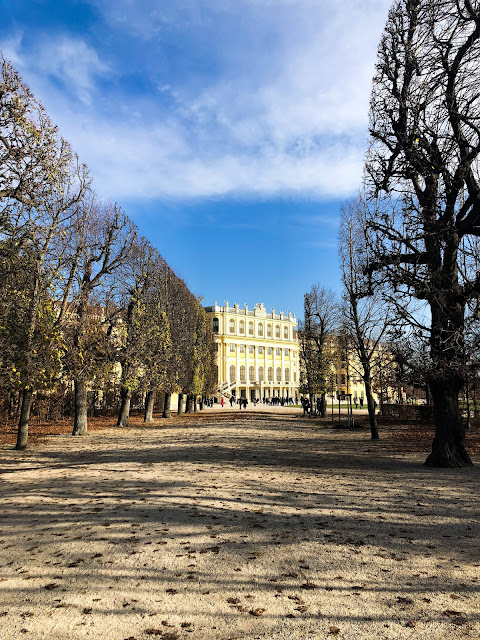 It happens that the doctor I've been seeing this past year has her office just a few blocks from here, so I finally was near enough to start visiting it after my appointments. 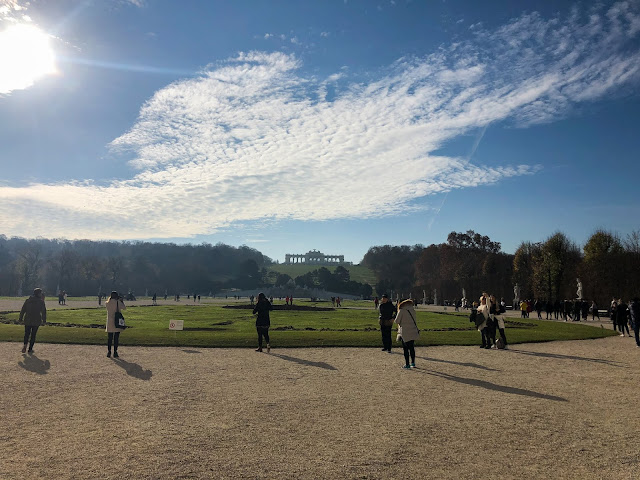 Every time I come, it refreshes me, no matter what season! 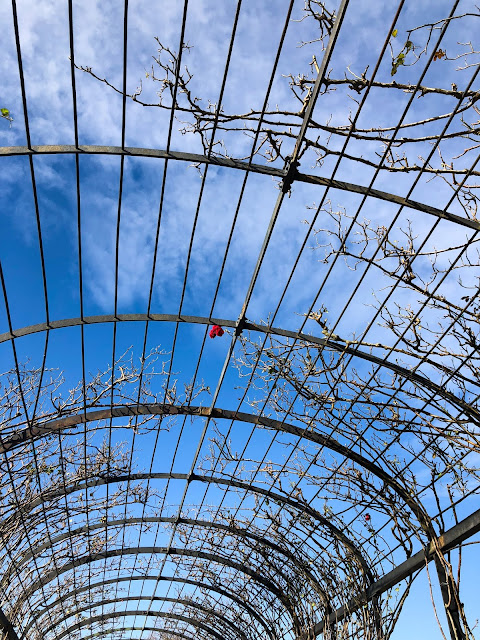 While most of the beautiful flower gardens are bedded down for winter, many of the roses bushes that fill various plots and cover trellises throughout the grounds, are still blooming! 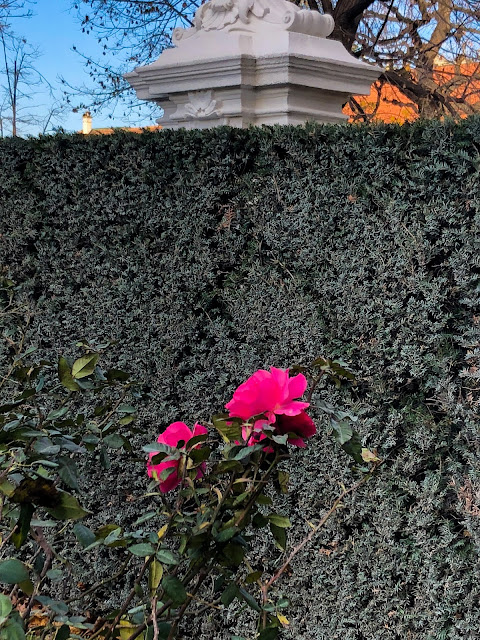 It won't be for long though as the weather forecasts predicts a drastic drop in temperatures tomorrow.

Bring on the holly and berries for Christmas season! 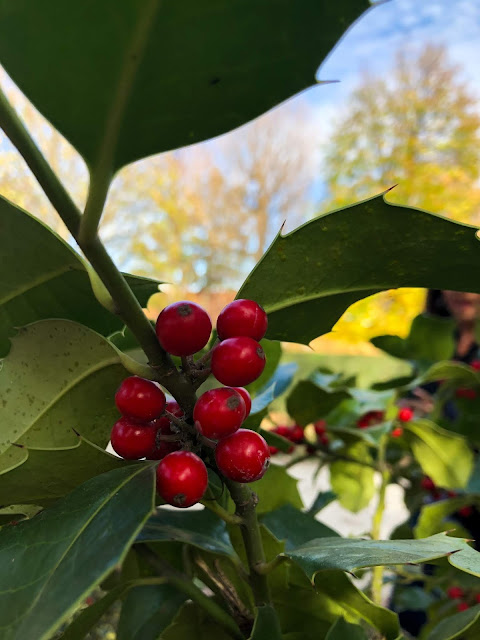 While some trees have already shed their leaves, there are others that are still clinging to fall. And how magnificent their late autumn clothing is!


Amy and I strolled through the gardens, taking in their loveliness before needing to head downtown Vienna to catch our trains back to Czech. 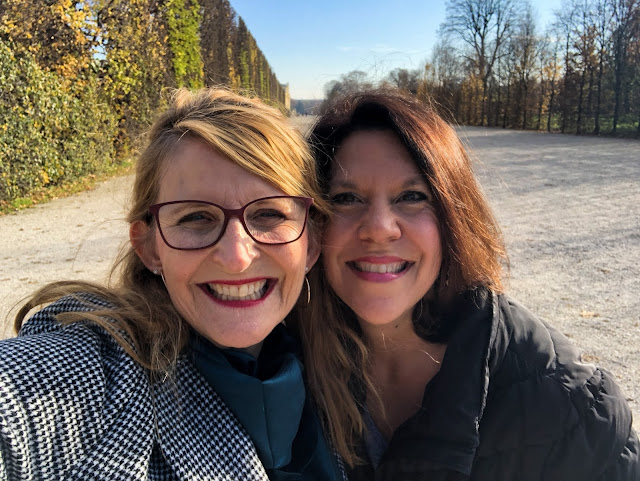 We rode one train for an hour together, and then I said goodbye to her and got off to wait for another one. Then I began a trip north. 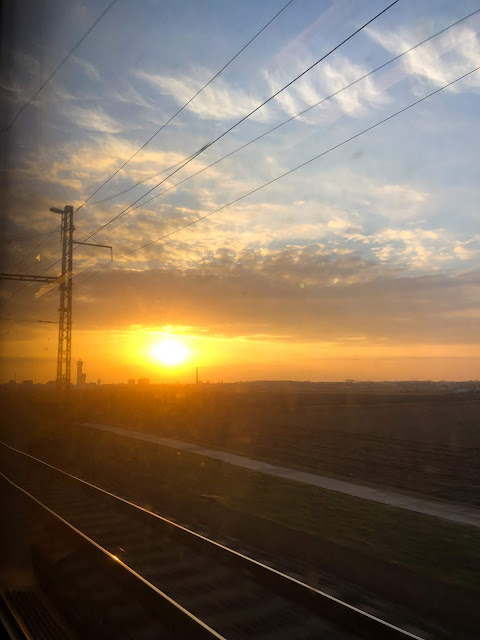 I giggled to myself over the next four hours, watching a group of four German men across from me,  hilariously play cards the entire time, laughing until they were crying at times! 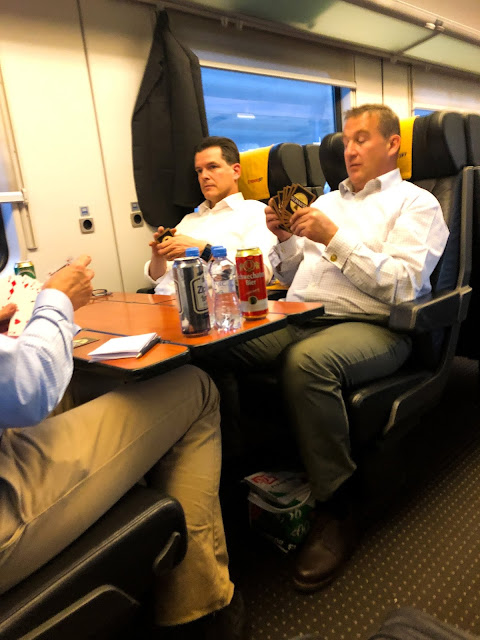 And they drank beer. They each had their own carriers (see the insulated bag at the one guy's feet?), and drank six each from their own stashes and then ordered two more each from the onboard restaurant.

They were sure a jolly bunch (and not drunk, just jolly!). I sure wonder who they were and where they were headed!

They didn't get off in Prague like me, and were still playing another round of cards as I got up to leave. 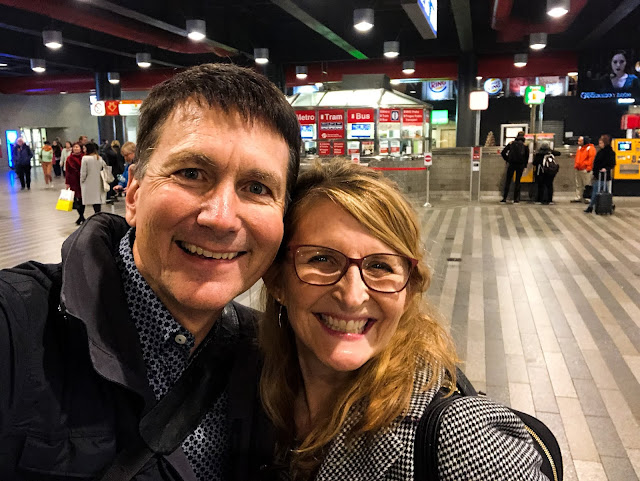 Dave had meetings today in Prague after being in Germany this week, so I came back here to meet him. Though we'd only been apart 36 hours, it is so very nice to be together again!
Posted by Living By Lysa at 10:30 PM