With my suitcase packed once again, I got on the train yesterday afternoon in Ostrava. 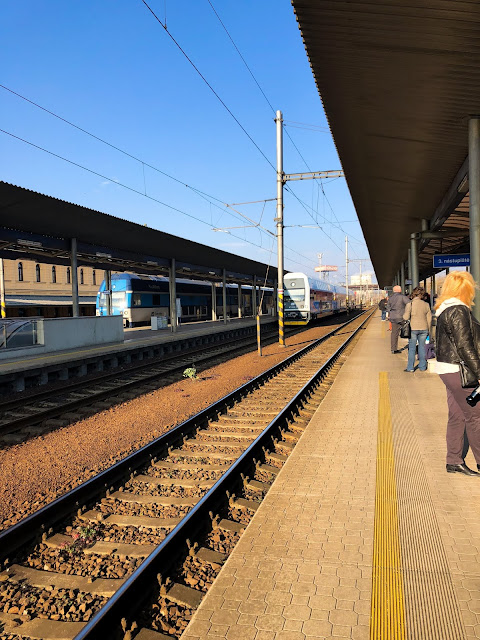 Coming from Budapest where he'd been for the week-end, Dave met me in Prague and together we began traveling together this morning. 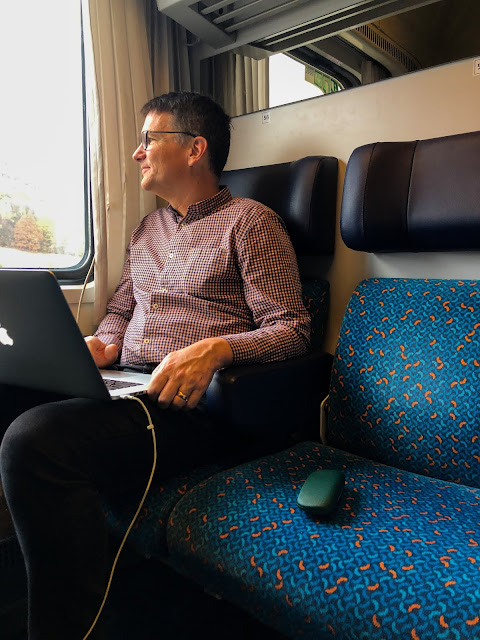 My most favorite mode of transportation is by train, so today is a special day for me of seeing sights through the window! 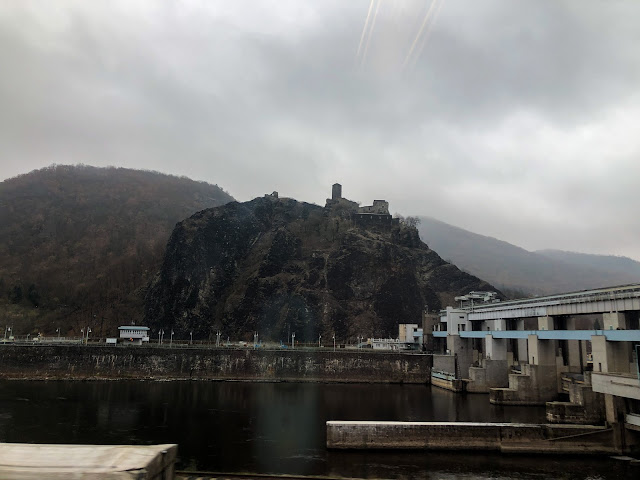 Leaving out of the Prague main station, we traveled north towards Germany, passing by beautiful places like the Saxon Switzerland, just above northern Czech. 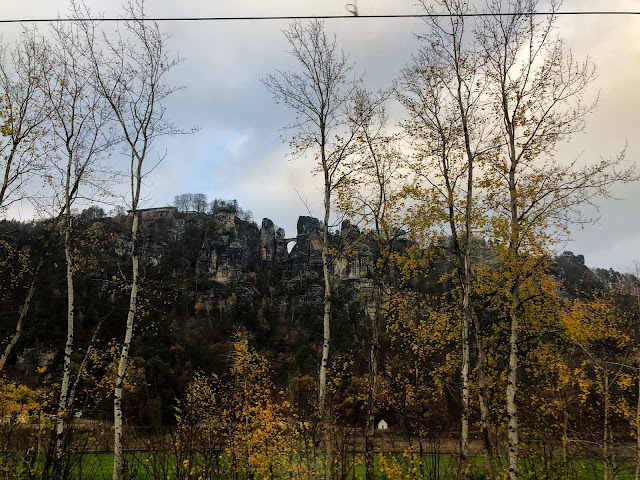 What started out as a dark, gray day, turned into an incredibly beautiful late fall afternoon! 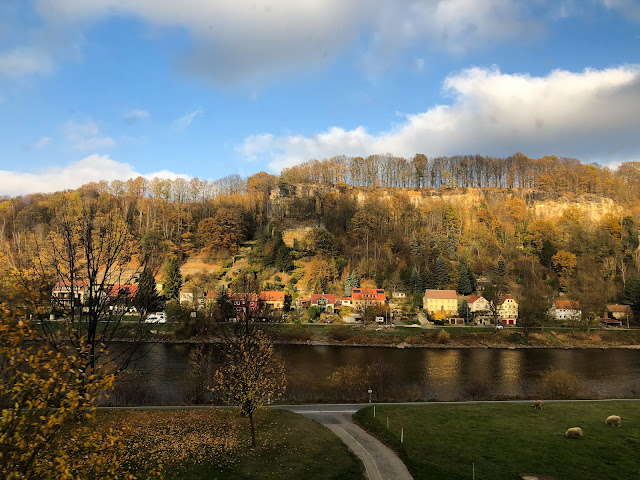 We traveled right along the Elbe River, which starts in the Krkonoše mountains of Czech, and ends up in the North Sea above Germany. 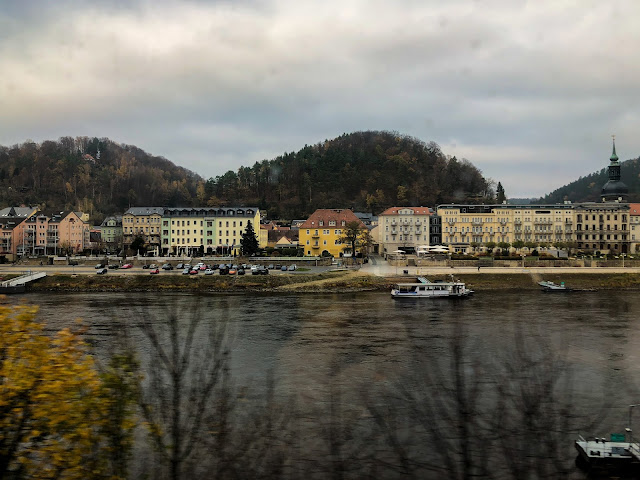 I had a plan to get some work done on the train, but that wasn't very successful! I just couldn't take my eyes off God's beautiful creation outside the window. 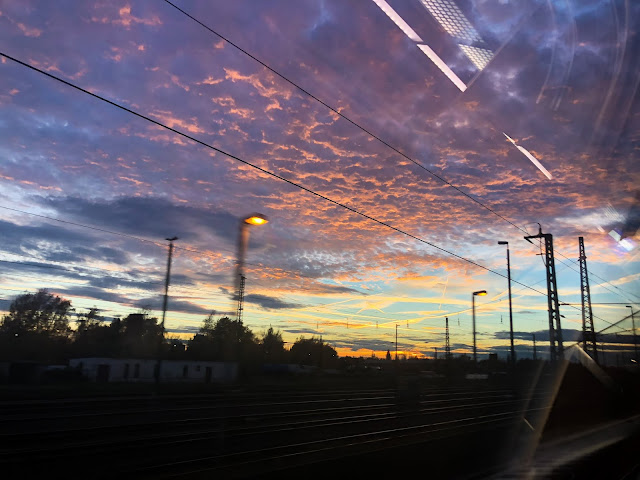 Our final destination today was here in Leipzig, Germany. 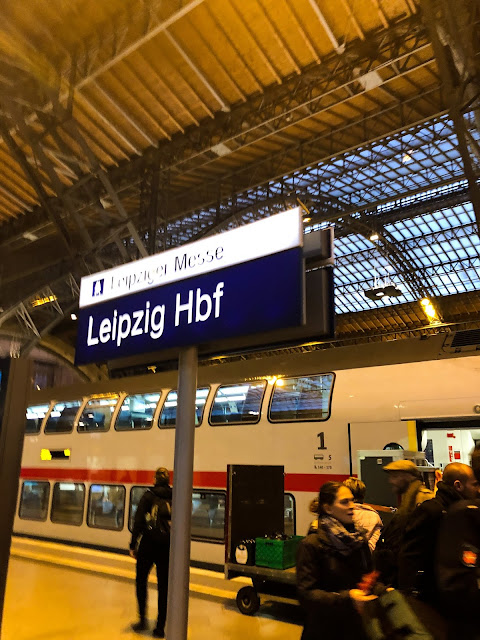 Our long time friends, and JV teammates, Jim and Lina Miller, met us here at their main station this evening. 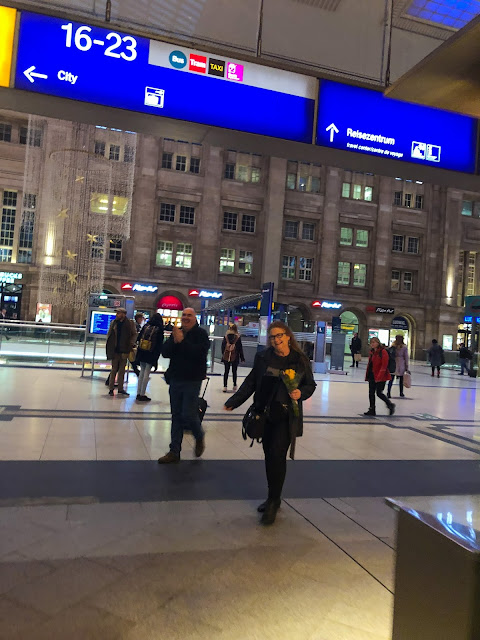 We have shared so much life with these two! Dave and Jim have known each other since 1979, right after they both graduated from high school. Lina and I met in the mid 80's as single missionaries with Cadence International. In fact, after I left Spain where I lived for a year, she moved into my apartment and served there too! 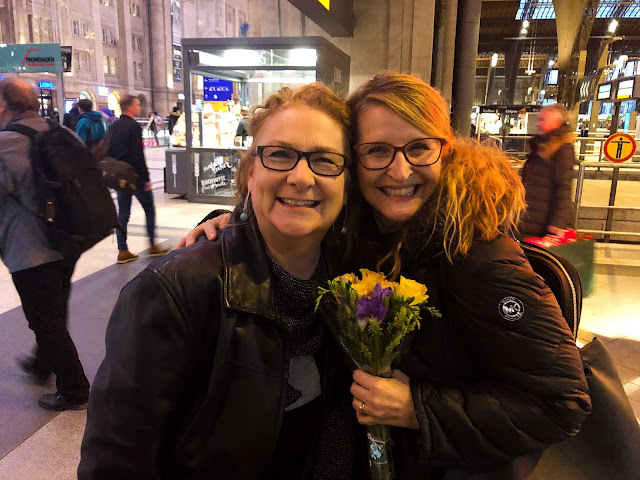 After Jim and Lina married in 1989, they served alongside us with the youth in Heidelberg, Germany at one of the military bases there.

And then, after Dave and I moved to Czech in 1993 to begin Josiah Venture, Jim and Lina with their children, moved to our same city, Havirov, in 1994! 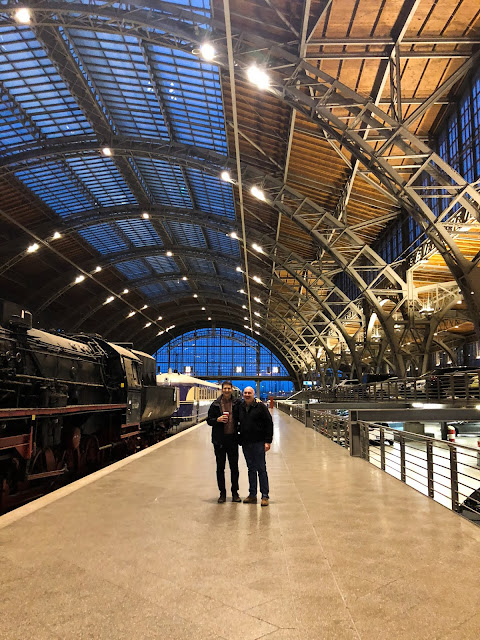 After a time back in the States serving with another organization, they returned to JV four years ago and began ministry in the area of former East Germany, in the city of Leipzig.

While Dave has been here, this is my first time. And I am SO thrilled to get to be with Jim and Lina, and see their world, meet some of their people, and stand with them in believing God for more in this city and country!
Posted by Living By Lysa at 10:30 PM