A year ago today we launched something entirely new for the ministry of Josiah Venture.

With just a small idea that God gave to me two years ago during a time of prayer, a team within JV worked for an entire year to create something that we'd never seen before: an online Prayer Room. It was our prayer that God would use this to further his movement here in Central and Eastern Europe.


We opened the "door" to the Prayer Room at midnight January 2017, excited and nervous, wondering if we could gather people on our team, and around the world, to pray for us for 8760 hours, the equivalent of 24/7 for 365 days.

Inspired by the Moravians back in the 1700's, who had an unbroken prayer chain for 100 years, we got down to the hard work of praying.


In January, we exceeded the number of hours in the month, 744, with a total of 835 hours prayed that month. It was so exciting to see those numbers!


But in April, the hours began to slow down. It wasn't by many; in fact we were just 26 hours short of the 720 hours that month.


We fell behind again in May, this time by 25 hours. While that meant that on average we'd only missed a little less than an hour a day that month, the numbers still weren't adding up to enough to fill a whole year's worth of hours in prayer.


But, the more significant news began to be the answers that our JV family were experiencing from the prayer requests they'd posted!

Young people were professing Christ, language learning was happening, apartments were being found for new missionaries, family members were talking about spiritual things, health challenges were being solved, support was being raised, youth groups were thriving, Exit Tour was seeing more students than ever come to concerts and put their faith in Jesus!

We began to see God moving in very real ways.


However, over the summer, the number of hours people were praying continued to drop.

Our JV team was busy with camps all summer and often unable to get away into the Prayer Room to pray. We were dependent on family, friends, supporters, churches and our small team of Prayer Room warriors to stand with us.

Although they did rally for us, and whenever our team could pray they did, the numbers dropped substantially. Particularly in August the numbers fell behind; we had 519 hours of prayer out of 744 hours in the month. That is still A LOT of prayer time though, and we were thankful for every hour people invested by coming into the Prayer Room to pray.


September through November continued to range between 500-600 hours of prayer each month.

But it became clear around Thanksgiving that we were not going to reach our goal of 8760 hours of prayer by the end of the year.


Dave and I sought the Lord about what to do, asking Him for his wisdom and insight.

Had it been a realistic goal to reach for 8760 hours of prayer?


Is that possible in this day and age, to ask people to spend an hour in prayer?

D. L. Moody once said, "Every great movement of God can be traced to a kneeling figure."

Can we expect that to still be true today??


Convinced that the Bible is still true, relevant and applicable today, telling us to pray without ceasing, we knew it was God's heart to press on and do all we could to be "kneeling figures".

On Thanksgiving Day at Malenovice, with a number of our JV teammates there, Dave made a bold leadership move: he asked our team to each pray five times between then and the end of the year. If just our 320 teammates alone would commit to pray, we would reach our goal.


Our team began responding, writing to us with notes of commitment and encouragement, that they were on board and wanted to be part of reaching the goal. The numbers of hours began to climb.


When Dave issued the challenge we were a long ways from reaching our goal. In fact, at times during the month between Thanksgiving and Christmas, we needed 52 hours A DAY of prayer to reach our goal. Somedays we made it, other days we didn't.


Dave began sending out weekly updates about where we were at in reaching our goal.


And our people began to pray IN EARNEST!!!


During these weeks our team were adding so many answers to the Answered Prayer wall, such as the salvation of a niece and nephew who were led to Christ by our JV staff, their aunt and uncle, as they were with them for Christmas!


Another one of our JV national missionaries in Slovakia had the opportunity to share the Gospel with his mom, not just once but TWICE! This request had been in the Prayer Room all year, and it was thrilling to hear that her heart is beginning to soften to the Gospel.


Throughout the entire year, I prayed that we'd reach our goal of 8760 hours of prayer this year. In fact, it was a request in the Prayer Room the whole year!

But even more than that, I prayed that this would be the shift in our ministry that would lead us to become people of prayer.

I prayed that we would be a team who knows the power of God through time spent with him in prayer: seeking him for ourselves and our teammates, believing him to move mountains, make walls fall, and change lives.

And believe him that it matters when we come to him in prayer.


As a missionary team, whose vision is to see a movement of God, we are in the midst of learning that "There has never been a spiritual awakening in any country or locality that did not being in united prayer" (A. T Pierson; pastor, missionary, writer, leader in the late 1800's to early 1900's).

I believe we have only seen the beginning of this movement, and that as we pray, we WILL see a spiritual awakening in this part of the world!


So now the question you're wanting answered: Did we reach our goal of 8760 hours this year, in our first year of the Prayer Room??!! 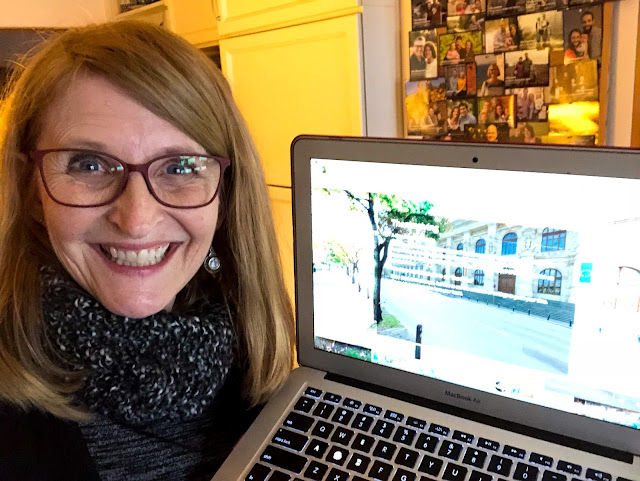 As of last night at midnight, we not only reached it, but EXCEEDED IT!!!!

Through the rallying of our team, family, friends and supporters, last night at midnight there was a total of 9026 COMPLETED HOURS OF PRAYER!!!

In the month of December, a total of 1333 hours were prayed, which put us over the top for our goal.

Which was never about the numbers. But rather about pressing in to God's heart and asking HIM to bring revival here to this land.

May this truly be just the beginning of what he wants to do to revive, restore and redeem his people in Central and Eastern Europe.

Praise HIM with us for all HE is doing! And come join us HERE for another year in the Prayer Room!
Posted by Living By Lysa at 7:10 PM