Yesterday morning, Claire and I headed into Ostrava with Tyler, Lara, Judah and Asher to visit what will be their new home in just a few weeks! 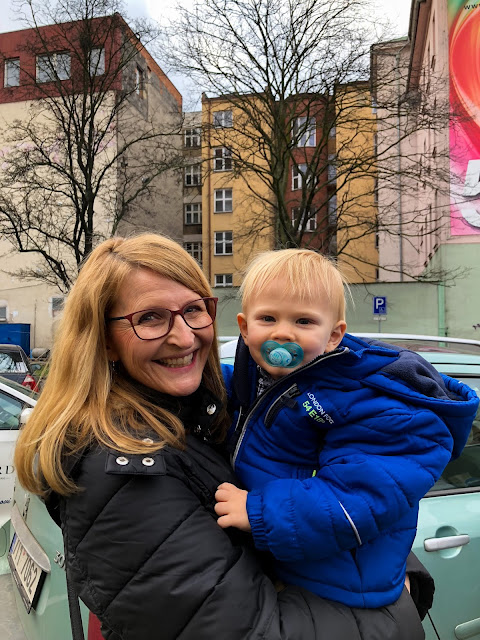 Since their apartment is in the main square of Ostrava, we had to park in one of the lots on the outskirts. It is a lot I've been parking in since we moved here when Tyler was a little more than two years old, the same age as Judah is right now! 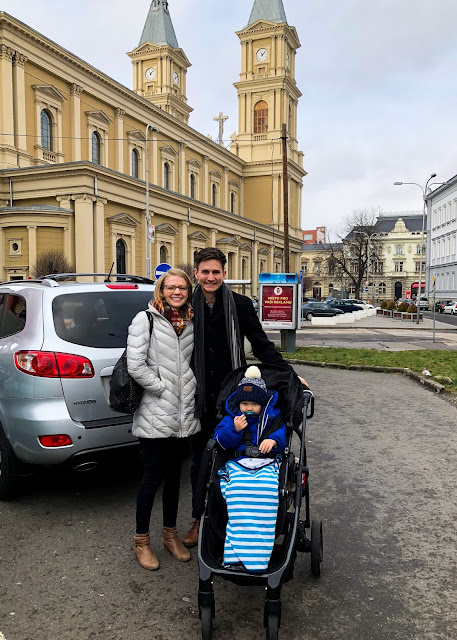 We used to park here to go to the only McDonalds in the whole region! It has since closed, as there are many other locations now. But today we're not looking for a McDonalds...we're looking for their apartment! 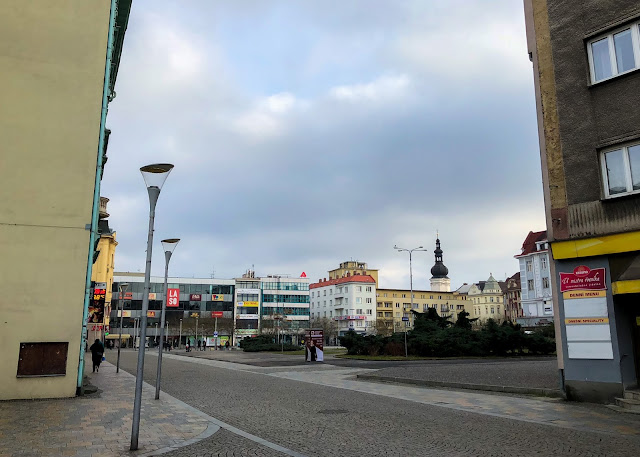 The square was very quiet at 11 AM as we headed towards their building. 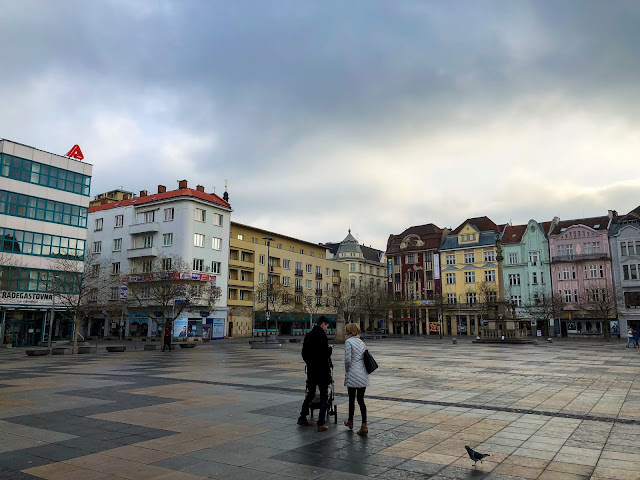 Their friend (who is Czech), and now fellow co-laborer here, met them, along with his daughter, Mia. His wife was preparing for an event their youth were planning so didn't get to come with them today. I'm sure she'll be at their apartment many times in the coming years though! 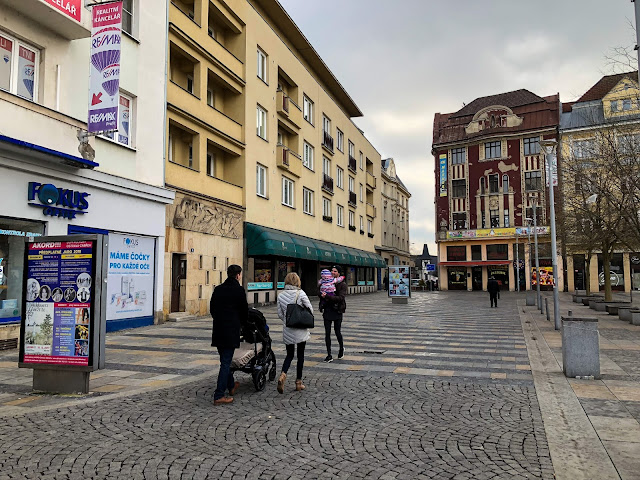 We then headed down this quiet street, where no cars are allowed which is so nice. 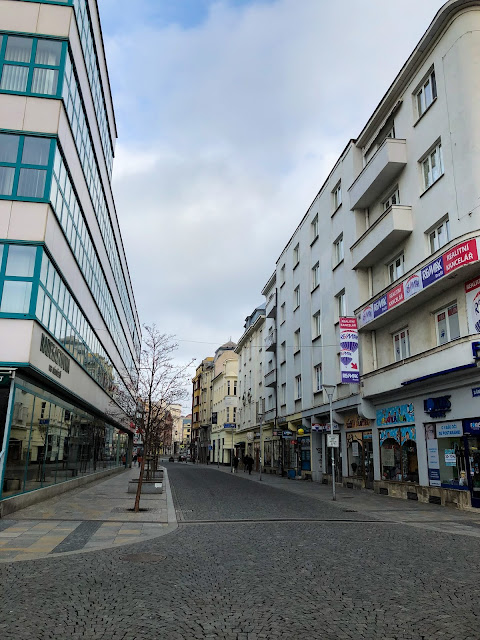 Up two flights of stairs, and we were inside their new home. Judah wasn't shy at all, literally running circles through the apartment to take it all in. He seemed at home already. 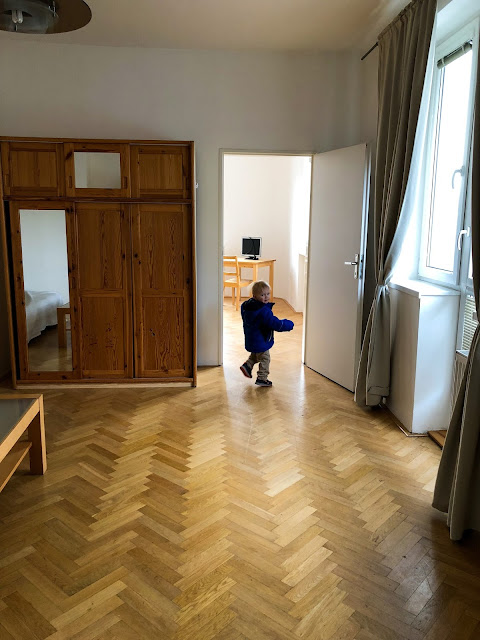 While Tyler and Lara talked with the realtor, who will also be their apartment manager, Claire and I hung out with the kids. 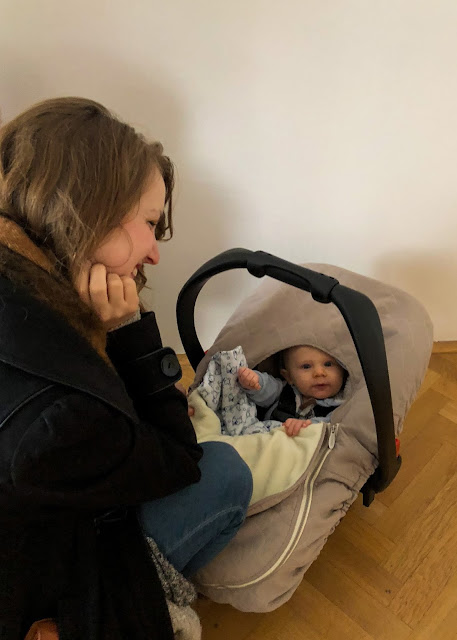 Tyler and Lara were pleasantly surprised at how big the apartment was. They'd only seen pictures of it up until now. I'm glad they liked it since Claire and I were the ones who went to see it and give the initial "yes" to it before they'd even seen it.

Judah and his new friend think it's a great place to be! 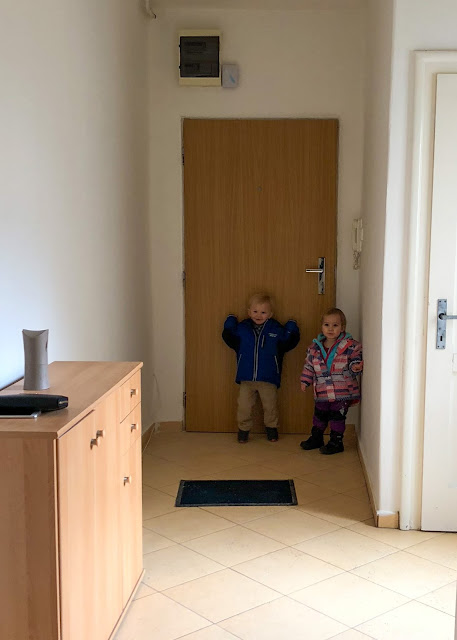 They will get the keys on Monday and can start to move things in over the next ten days. They'll officially begin to make it their home on February 1st. 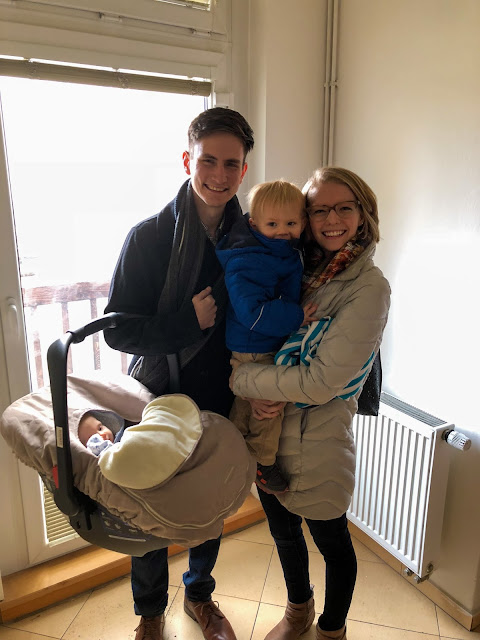 We will all get to know this home and this street very well in the coming years as they settle in here. 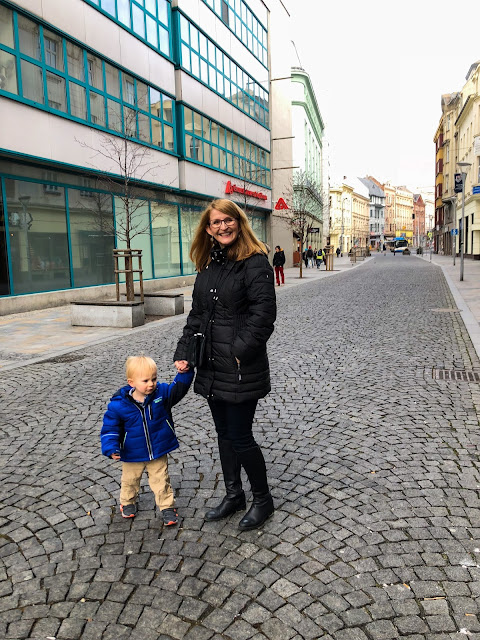 It really is a blessing that this street has no cars on it (except for occasional delivery vehicles). When they walk out the front door of the building, they won't have to worry about cars speeding by, not to mention that there will be no sound of traffic.

Judah and Mia took advantage of that fact by taking a little stroll together for a bit! 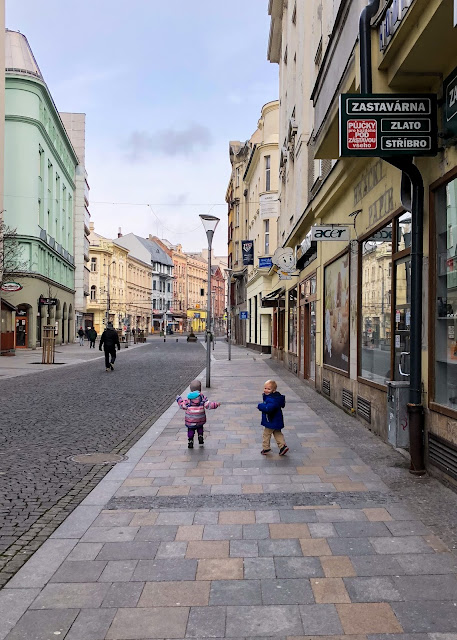 It wasn't long before they were fast friends, with Judah even taking her hand!


These two families will be in ministry together, spending a lot of time with each other. So it's ever so nice that the kids are similar ages, and already enjoy each other. 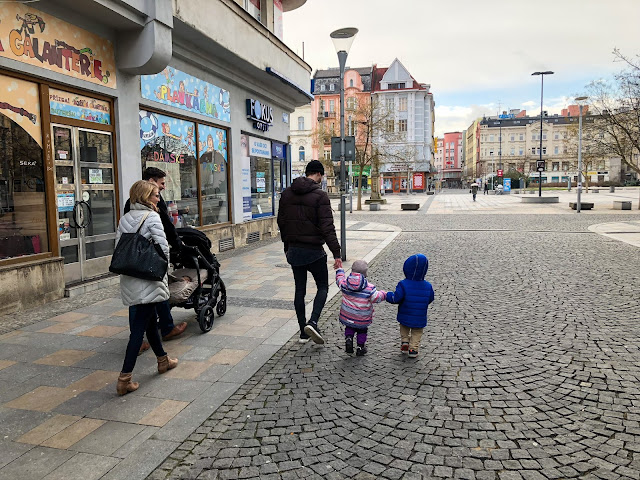 I loved seeing how comfortable Judah was with them, even as they spoke Czech to him! It didn't bother him at all that he didn't know what they were saying. I bet he'll be a fast learner! 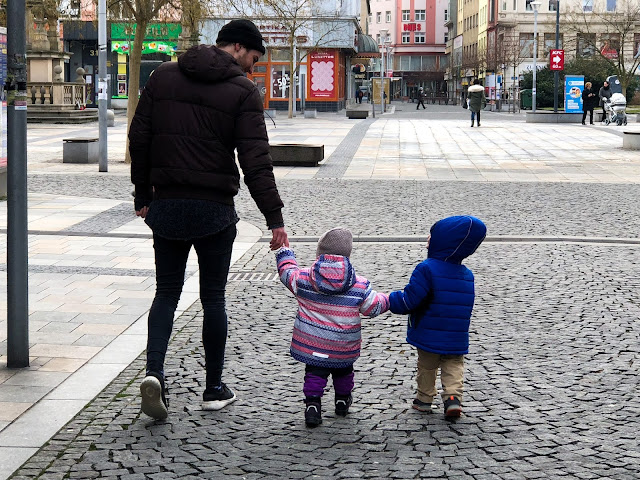 Claire and I let them all head over to the location of the event where Tom's wife was so that they could see her today too. I loved watching them walk off together as this will be a common site in the years to come - working together in ministry here. 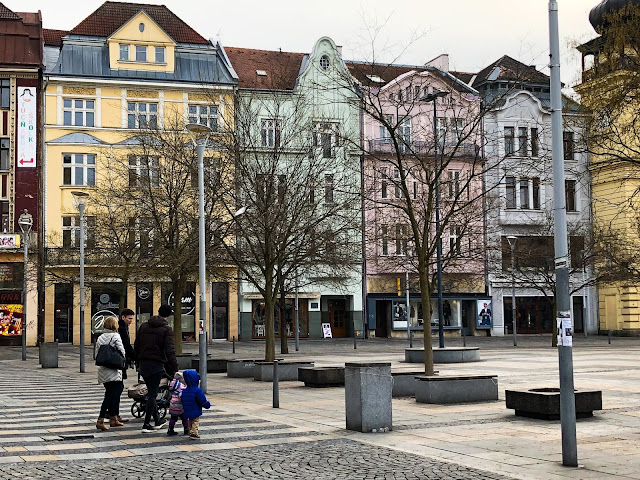 May these two families, and the others who are part of the church they'll be in, see God's Kingdom come right here to Ostrava!
Posted by Living By Lysa at 11:58 PM