Waiting for our Travelers

This morning I woke to a picture, posted by Tyler at the Atlanta airport before getting on their flight to move to the Czech Republic. So fun to know they are on their way! 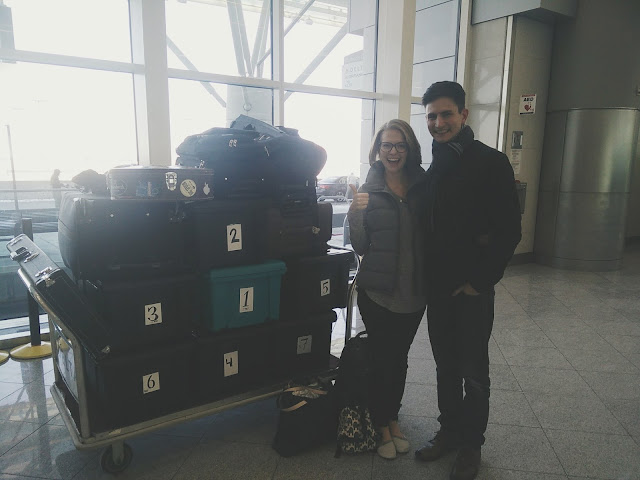 But after a quick check on a flight status app, I found out that their flight to Amsterdam left more than three hours late. That meant they wouldn't be there in time to make the connection to Krakow, where we're waiting to meet them.

Given they still had hours in the air before we'd know the rest of that story, I'm glad I had a sweet distraction for breakfast this morning! 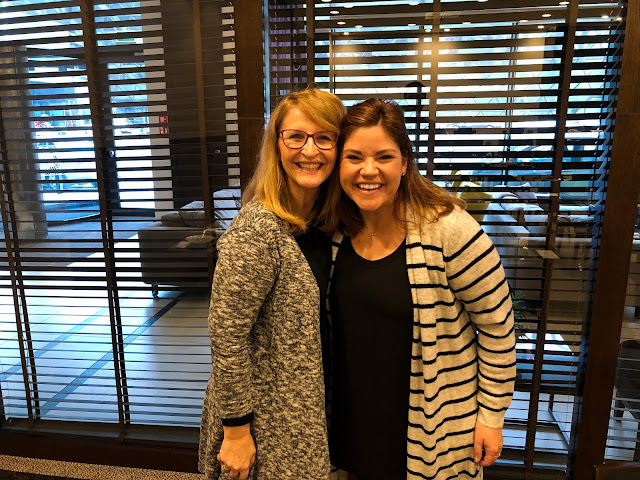 One of our JV staff, Christy Owen who serves in Ukraine, stayed in the same hotel as Dave and I last night as she was also on her way back from the States!

I'd seen her post that she was flying in so wrote to ask if I might get to see her. Not only did I get to see her, but we had the sweetest breakfast together! Part of our JV Prayer Room team, we enjoyed talking about some new ideas and then praying together before she left.

Soon afterward, Tyler sent this photo from the airplane (you gotta love wifi in the air!). He said the boys had been awesome travelers so far! 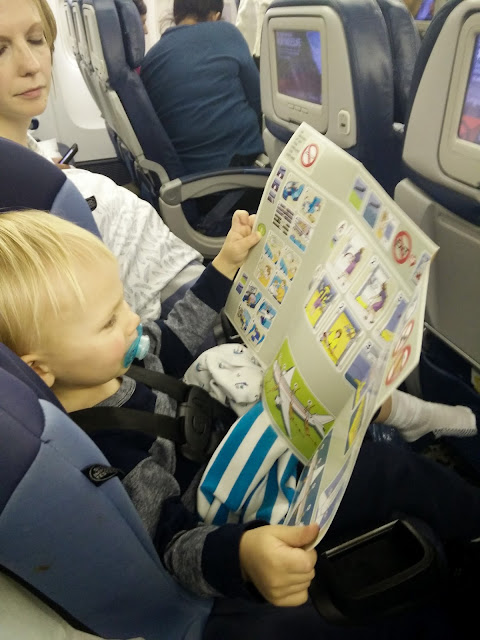 With time to wait until they landed in Amsterdam and figured out what was next, Dave and I took up residence in the hotel lobby for however long we may need to wait. 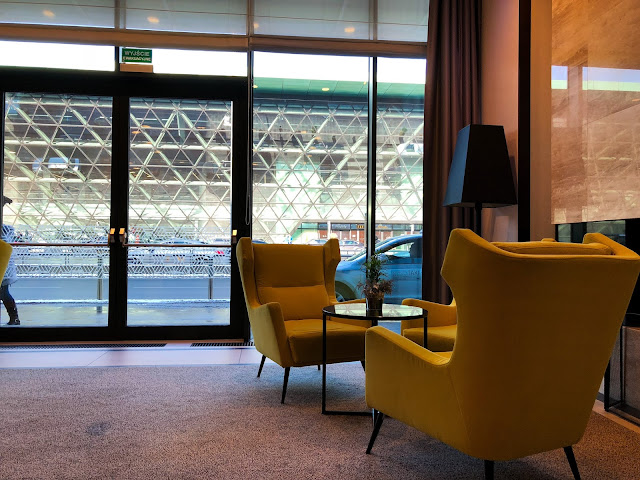 Dave is speaking for a men's conference this week-end, so had plenty to do in preparation as we waited. 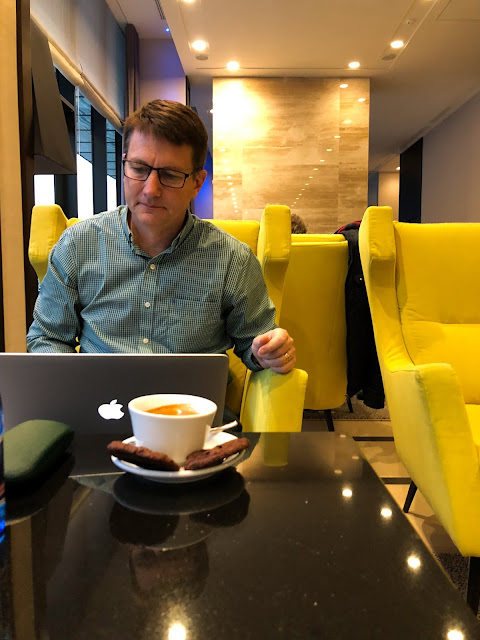 But of course they were too late to catch their flight to Krakow. They headed for a very long line to await rebooking.

Thankfully, within just one minute, a kind KLM agent whisked Tyler to the front of the line, recognizing that he had a baby with him! 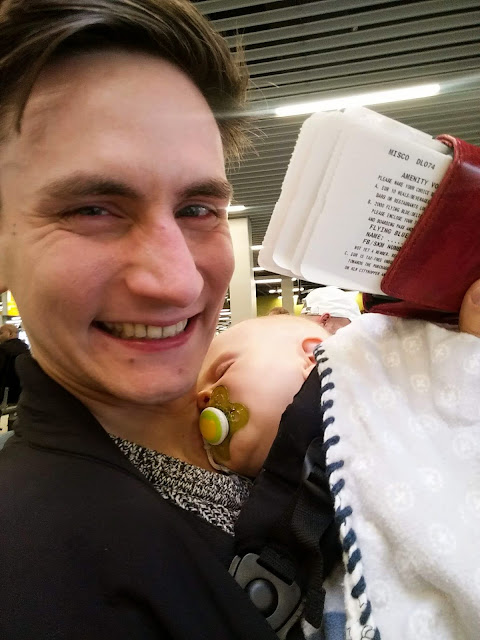 "You're lucky, these are the last three seats to Krakow tonight," she told him as he was given their new boarding passes. With vouchers for food at the airport, they are now in for a six hour wait until their flight, which, Lord willing, will arrive at 10:30 tonight.

So thankful to the Lord for providing a way for them to still head our way today! 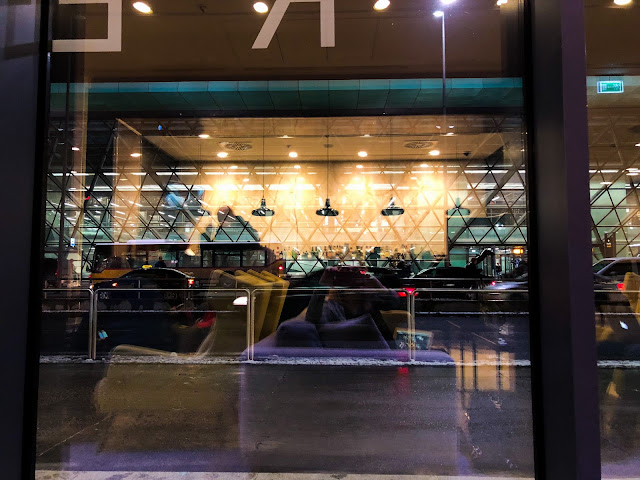 In the meantime, we're hanging out in the lobby across the street, waiting until we get to see our dear traveling family!!
Posted by Living By Lysa at 6:10 PM