The Core of our Lives

In case you have not been to Florida, and think it's all palm trees and Disney, I can assure you that there is more than that! 😉 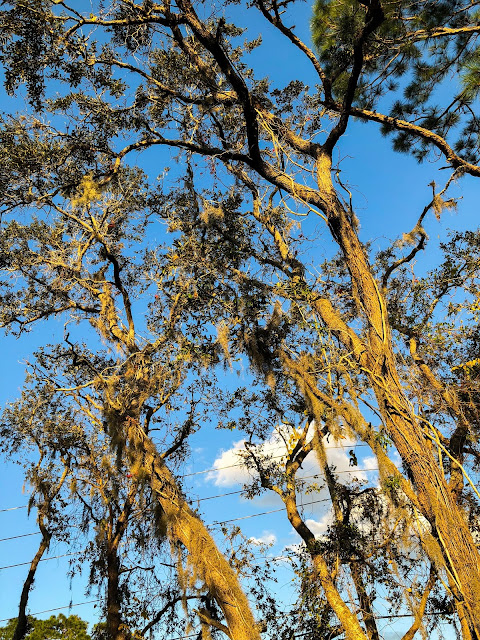 Since I've only been here for a few days at a time in the past, it's been fun to be here this week to take in a little bit more of what Florida has, which includes lots of bodies of water and moss on the trees! I honestly had no idea how much there was of both of those things.

In the midst of our day I got updates on how Judah is feeling, and thankfully he's starting to feel a little bit better, though as you can see, he's still not well. Poor little buddy! Keep praying for him, and the rest of his family. They are on the countdown to leave for Czech, with just six days to go before their flight.


This evening's program at the Sonlife conference was rich, including good worship and a sweet interview with some dear people. 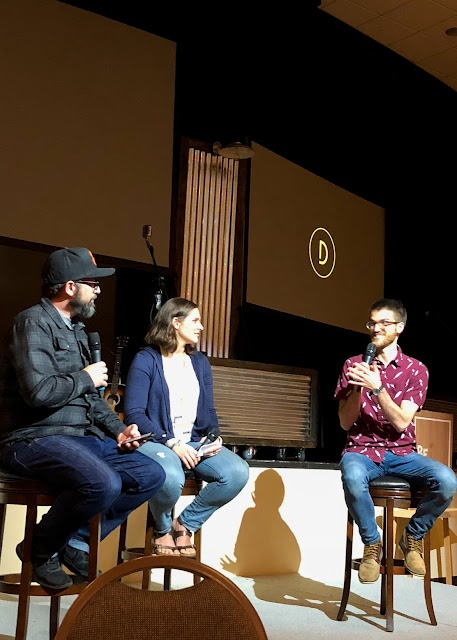 On the left is a Sonlife trainer from Portland, Oregon, who happens to be the youth pastor of our daughter Claire's very dear friend, Brynna, from Moody. Isn't it crazy how small the world is sometimes??

He's interviewing Ben and Sarah who have served in Czech as summer interns with JV, and now are coming on full time staff with us sometime next year. They'll be at orientation in February with our son Caleb, and his wife, Haley! And Ben and Sarah served the summer that Tyler and Lara were in Czech. Again, small world.

Dave finished up his speaking this evening with an absolutely outstanding talk on making disciples, and the importance of evangelism in that process. On the disciple-making path, you don't have anyone to disciple unless you share Christ and lead them on to that path! It was a very motivating talk and makes me want to share Christ with someone SOON. 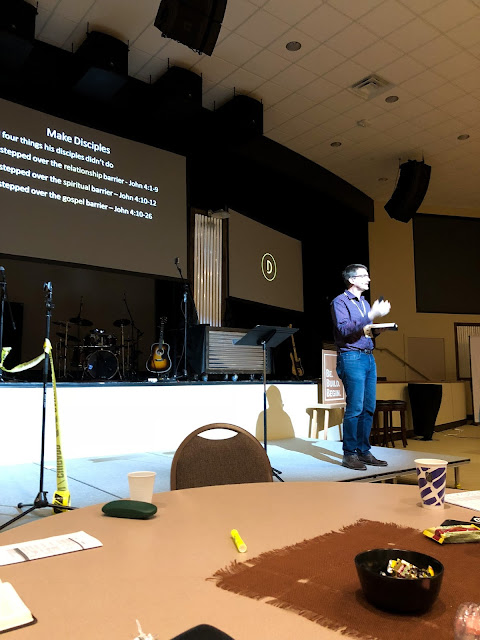 After each evening's meeting this week there have been so many people to talk to...some of them people I've known for many years like Lori Jackson! 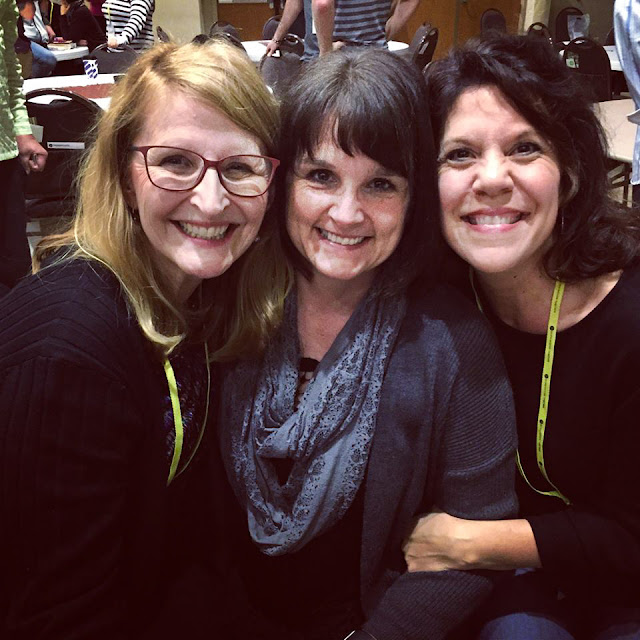 She and her husband, Terry, and three precious daughters served in Slovenia for fifteen years before coming back to the States to relocate a year and a half ago. She was here at this conference with a team of people from her church in Louisville, KY. Lori and I actually go back to college days, and even went on a double date one time! Now that's going back a long time!

This has been such a great conference, connecting with so many on a topic dear to all of our hearts: sharing the Gospel and making disciples. That's the core of our lives!
Posted by Living By Lysa at 11:00 PM