Well this is a switch! 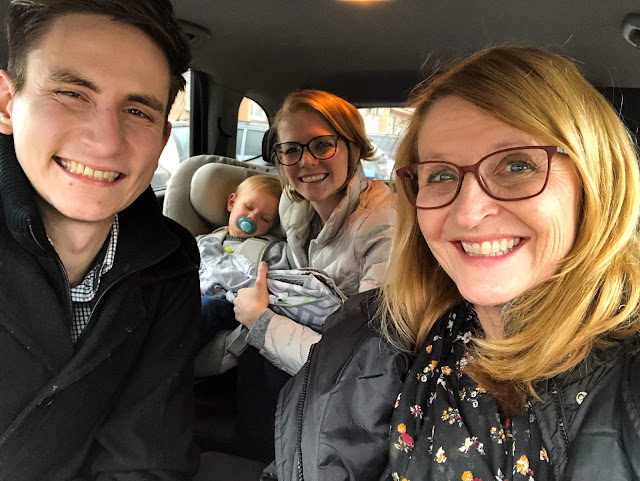 Tyler and Lara (and two sleeping boys!) drove with me to the train station today. Rather than being the ones dropped off to head to the States, they were sending me off on another trip while they stay here in Czech...their home now!

Because they were working on their registration at the foreign police today (registering in the country and beginning the process of getting their visas to live here), they dropped me off early so they could make it back in time to finish what had to be done today.

*Side note: Tyler wrote me later to say that his visa, from all the years of growing up here, was still valid! We didn't expect that. However because that's true, the boys are automatically eligible for permanent residency (something that usually takes 5-7 years before you're eligible). Unfortunately it doesn't apply to Lara, so she has to go through the regular process of first getting a short term visa, and then later, a long term one. 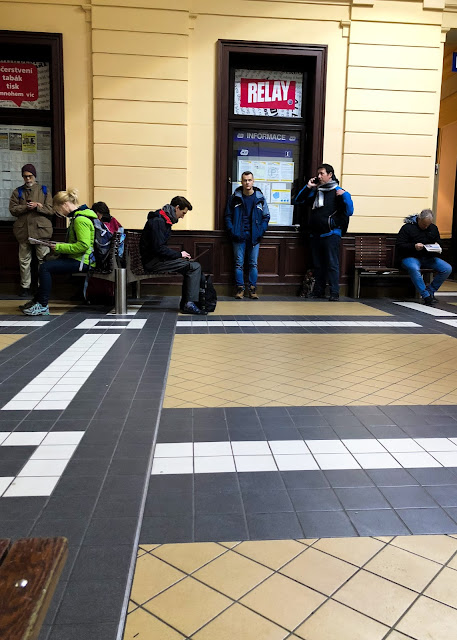 Train stations here, at least in Ostrava Svinov, are so quiet! You seriously could have heard a pin drop in this waiting area. The peacefulness was soothing, as was the train ride across country. 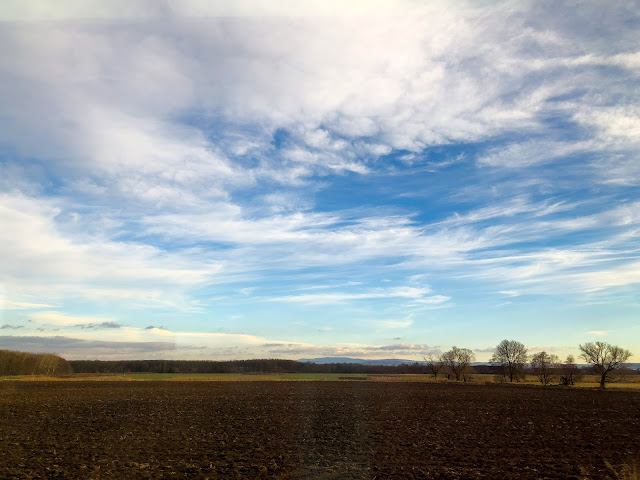 You would have thought it was March or April today by the looks of the sky and the fields. That's what January does to you here...fools you! I can remember the kids being in short sleeves during some Januarys, only to have blizzard-type of snow in Februarys and March's.

But by the looks of some of the garden plots along the way, people are even getting their soil ready to plant. Sure wonder if we'll get a big snow between now and when they really do get their seeds in the ground. 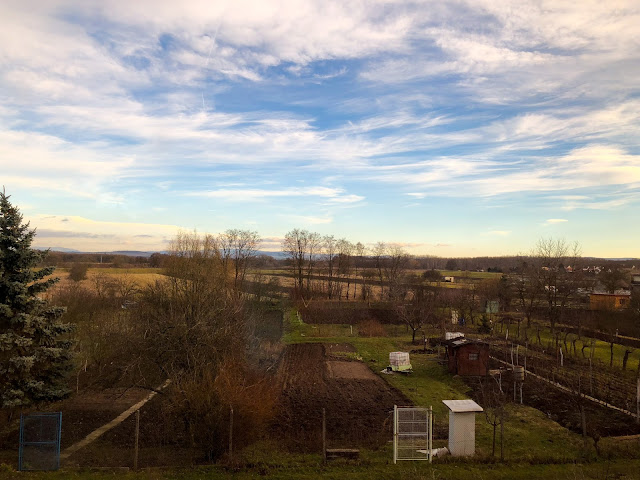 I was traveling down to Vienna today, in order to make it to "my" pharmacy where I get specially compounded medicine to keep me well these days. I made it there ten minutes before closing! 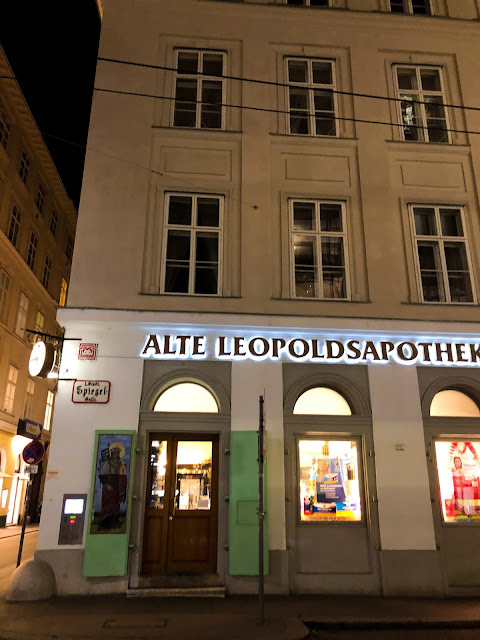 Then I headed out of town to a place where I'll spend the night so that tomorrow I can be at a doctor's appointment in the morning. 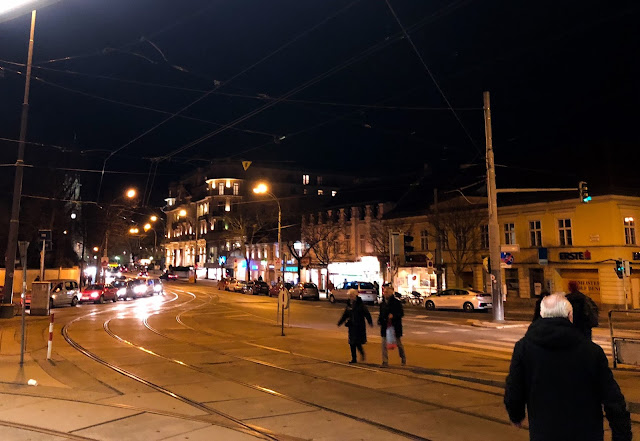 It was only 6 PM but the streets were "rolled up" in the outskirts of Vienna as I made my way to the hotel. 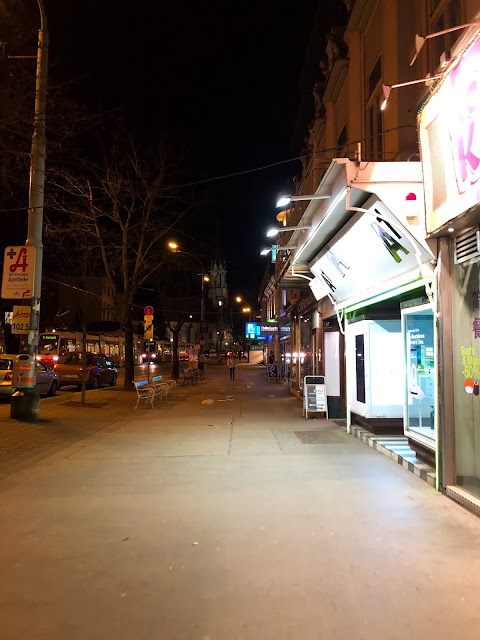 This is where I stayed when I came in November for another appointment. When the hotel clerk asked, "Have you stayed here before?" it was nice to tell her that I had! She then pulled my info from their paper file and just had me sign my name.

I kinda feel at home here! 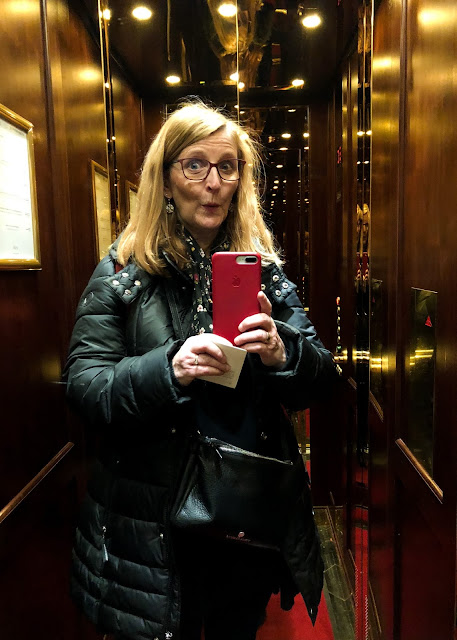 She put me in a different section of the hotel than last time...and it has a view! I don't know what it will look like in the morning, but it's pretty cool tonight. 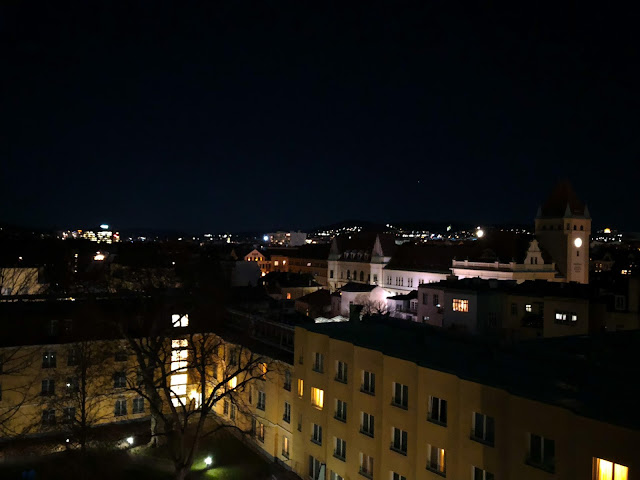 I sure didn't want to leave the family behind in Czech today...it is so sweet to have all of them close by! But the awesome thing is...they'll all be there when I get back!

And I'm thankful that I can check in with my doctor and continue getting the help I need so I have energy for my grandkids in the years ahead!
Posted by Living By Lysa at 9:31 PM