After finishing our JV iTeam ladies retreat yesterday, Claire and I said goodbye to them as they headed back to Frydlant on the train, while we headed by car to Vienna. We enjoyed dinner together at a favorite restaurant we discovered on Claire's 16th birthday, Neni am Naschmarkt. 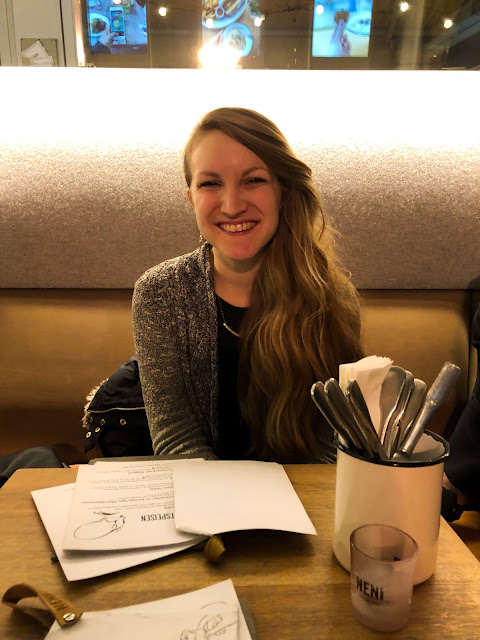 Claire had an early morning flight today to Sofia, Bulgaria to visit JV families and their kids. So I spent the night with her, and got her to the airport this morning. From there I made the four hour drive back home. 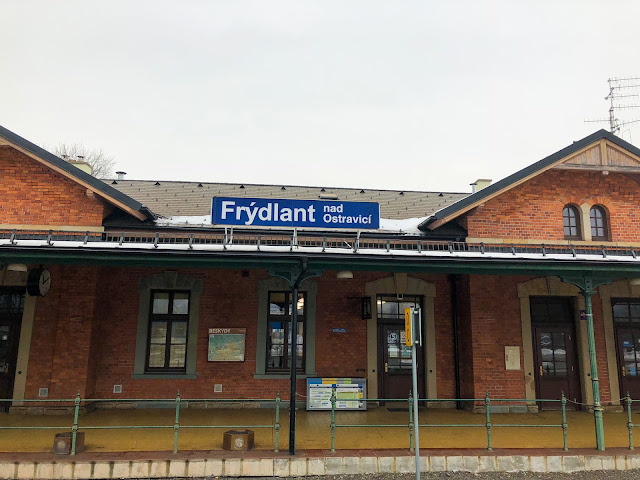 On Sunday when I left for the ladies retreat, I drove a car to the train station and left it there.

But then Claire also drove a car to the retreat, which meant there were two cars that needed to get home! So when I arrived in Frydlant, I parked the car I was driving at the office, walked to our local train station and got on a train to head into Ostrava. 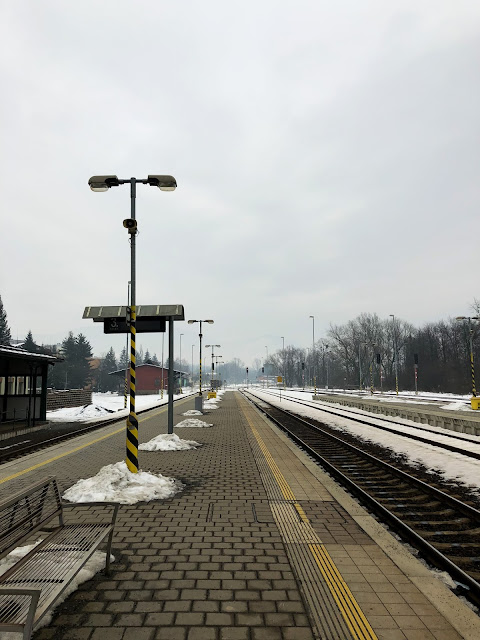 I had just uploaded a new book onto Kindle called "The Rock, the Road and the Rabbi" by Kathie Lee Gifford which takes you through the paths of Israel, going deeper into the Jewish roots of each place. Since we're headed to Israel in a few weeks with another group of JV staff, it was a great book to dive into while on the train. 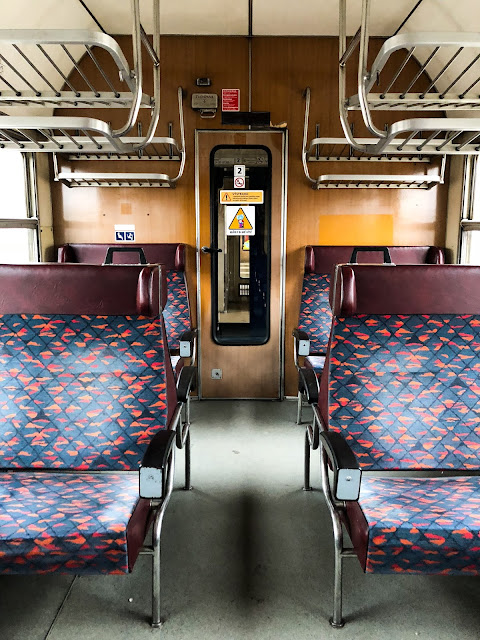 I went all the way in to the main station in Ostrava, where it was such a gray day! 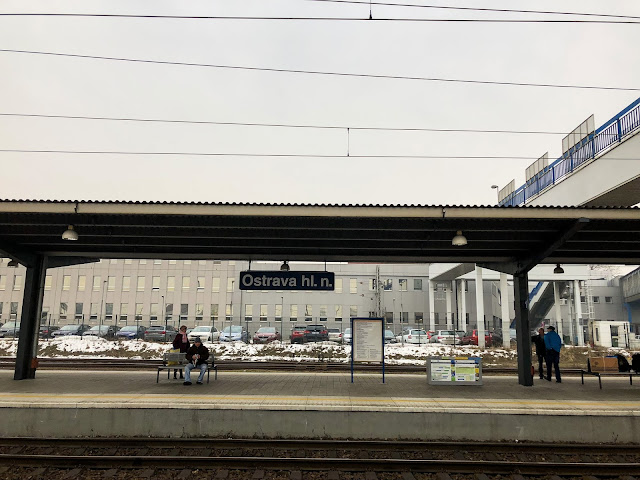 But I didn't mind since I had my book to read. I waited for my next train, and then headed on to my final stop. 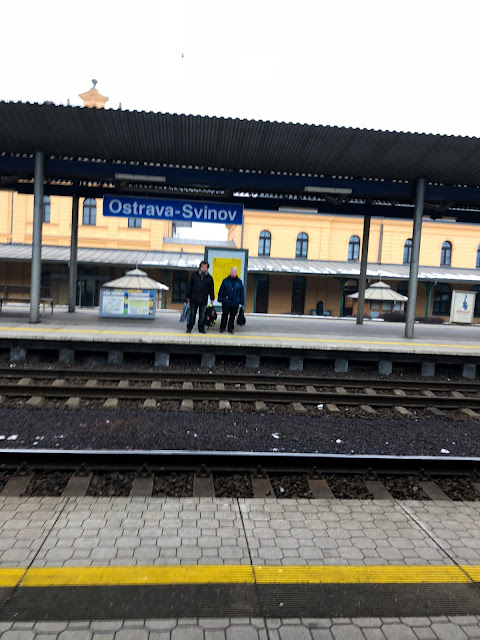 I should have just stopped to take a good picture, rather than settling for a blurry one. But I felt bad that those men were right in front of the sign I wanted a picture of, so didn't want them to think I was taking a photo of them! I snapped it as surreptitiously as possible.

Once at the train station I picked up our other car and uneventfully drove back home! 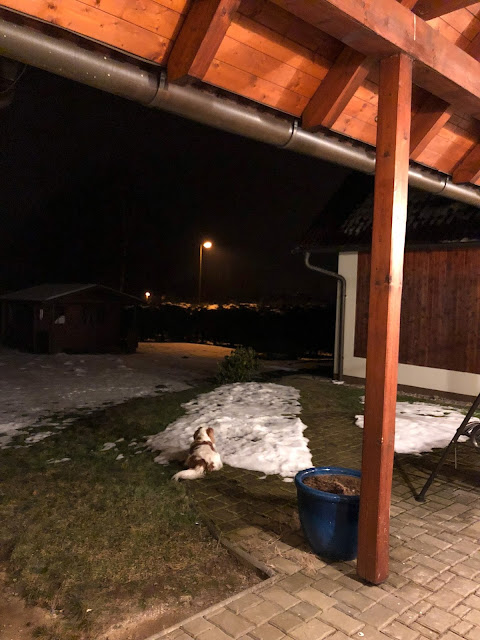 Our Siberian cold is finally dissipating, and someone doesn't mind hanging out outside now!
Posted by Living By Lysa at 9:30 PM