We woke up to a beautiful day here in Israel, for our first full day of this year's JV study trip. 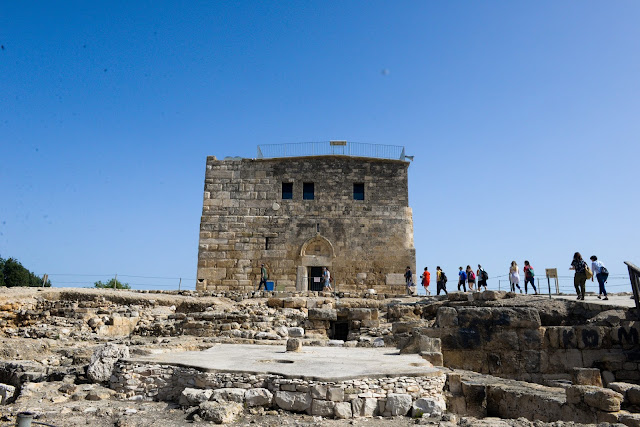 Though not many have heard of the first stop of our day, it was to hold a significant, and what I think will be a lifelong, lesson in living color for me. 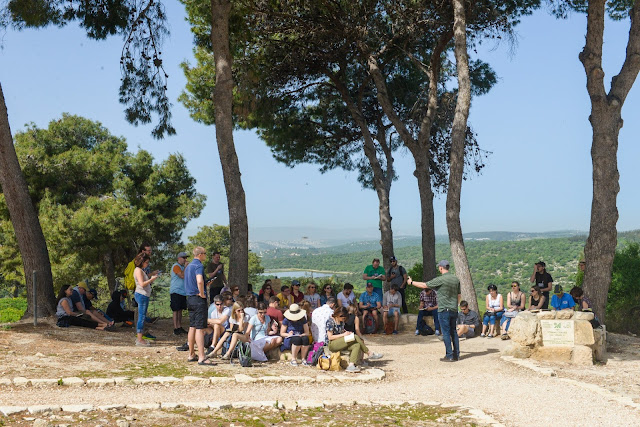 Sepphoris is an archeological site, overlooking the central Galilee region. Back in the day of Jesus' time it was thought to have been a major city holding 20,000 people.

But while there are many interesting excavations here, its history has faded with time and it is relegated to a place known for its archeology; the bigger story happened within eye distance, across the valley in Nazareth.

It was here, of course, that the angel visited Mary to announce the coming birth of Jesus; it was also the town of his upbringing.

Although Sepphoris was the big city back then, it was Nazareth that would become the place of great significance for all of time because of who came from there.

Dave's take-away point was that small things have great significance when they're part of God's redemptive plan. 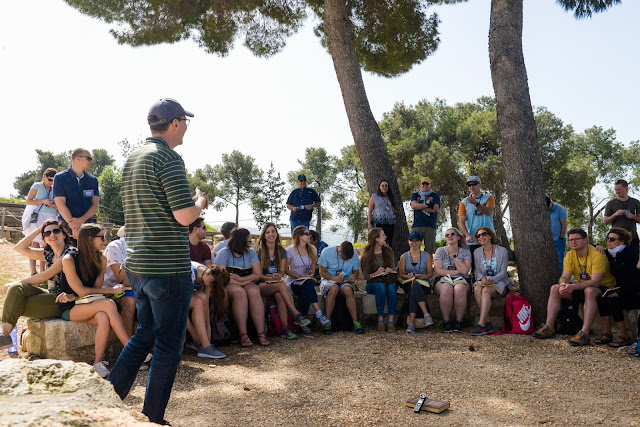 He added, "When you go from your agenda to God's, even the small things have great significance when they are part of God's redemptive plan."

That was to play out later on in the day as we visited the Nazareth Village, a reconstruction of what it would have looked like during the time of Jesus. 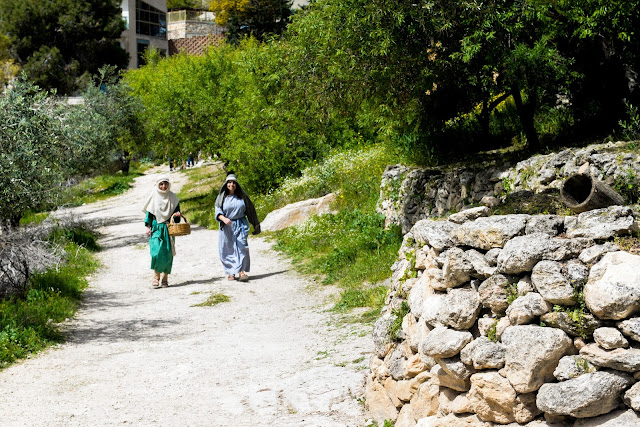 This place is always one of my highlights while in Israel, particularly seeing the people who "live" there as the villagers. For the past three years it's been the same people, which gives it a very authentic feel. 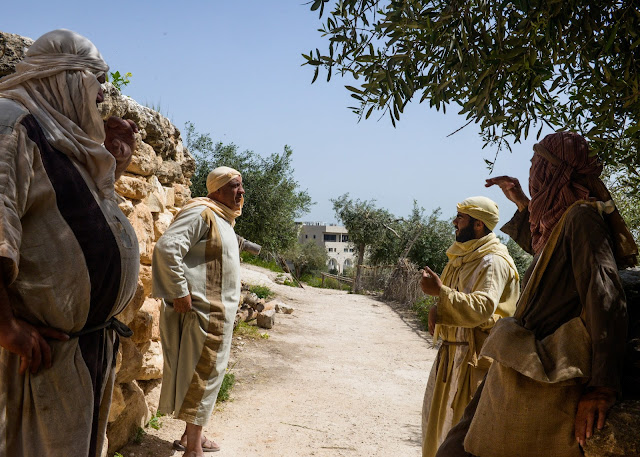 One of those people is Hana, the resident weaver. 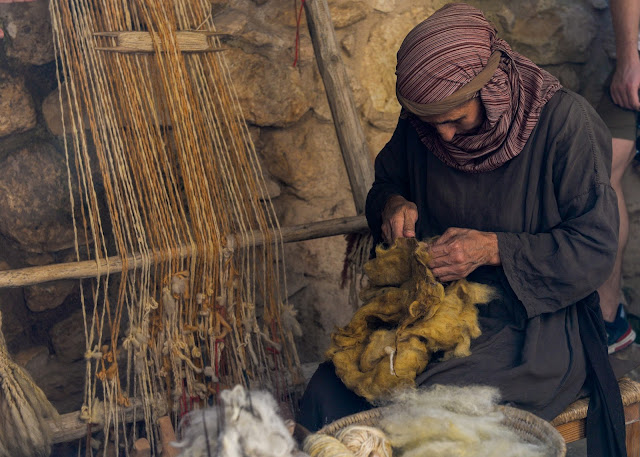 A born-again believer, the love of Jesus radiates from her every single time she puts on her demonstration of skills that would have been practiced back in the time of Jesus.

The area where she shows her weaving is very small, so this time I stayed on the outside so that everyone else could get in to see her. I'd already said hello to her earlier so didn't feel the need to go in where everyone else was. Until the Spirit prompted otherwise.

As everyone filed out, I planned on following after them. But the Spirit nudged me to go back inside to where she was seated. One of our JV guys was in there taking a picture of her, so I stood beside him, asking the Lord why he'd brought me back in there.

Still not knowing why, I asked Michal if he would take a picture of Hana and I, even though I have pictures with her from every other time I've been here. 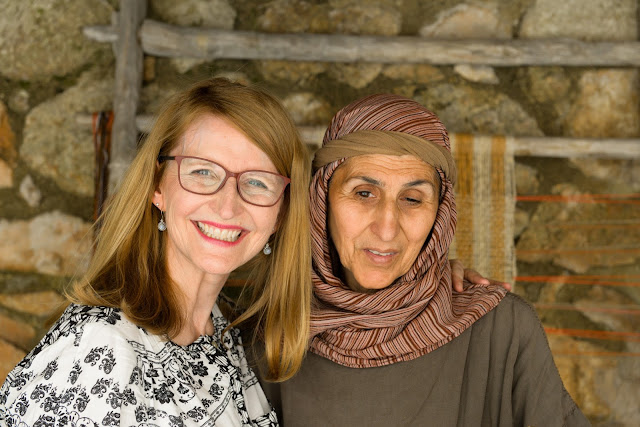 As soon as this picture was taken, I knew that I was supposed to hug her so asked her permission to do so. When I wrapped my arms around her, she held on to me much longer than I expected. And when we pulled back she asked me, "Are you born again?"

Her words after that melted my heart.

"We recently had Women's Day here in Israel. My mom just passed away, so I didn't get to hug her and tell her that I loved her. And even though I'm rejoicing that she's in heaven with our Lord and Savior, Jesus, when you hugged me just now, I felt my mom's touch and it made me very happy. Thank you for giving me the blessing of my mother today."

How could I ever have known that I was stepping into a bigger story, except that the Lord led me there?!

I'll remember this for a very long time, wanting nothing more than to step into God's big story more often!
Posted by Living By Lysa at 10:00 PM