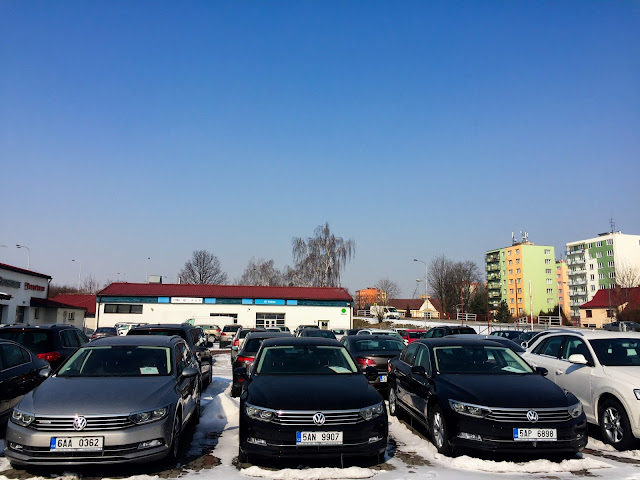 Weeks ago she and Dave spent an afternoon of looking at cars, but today was the day they set aside to narrow down the possibilities, and hopefully make a decision. So off we went to the car lots in Ostrava. 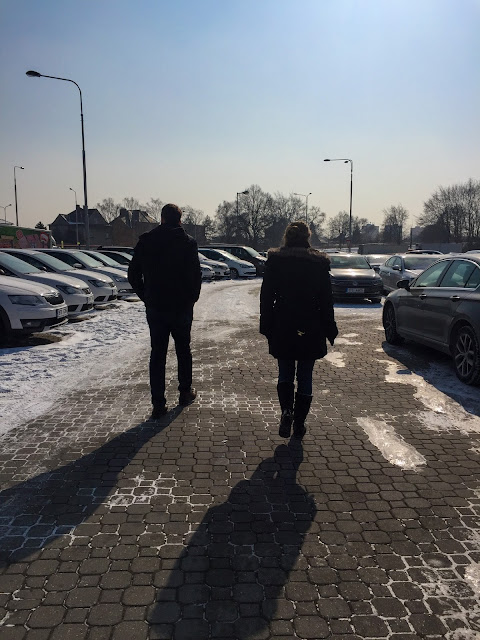 One of the things I love so much about Dave is how much he cares about being a good dad. And today that was demonstrated by all the pre-shopping he'd done with Claire in order to narrow the field down to a few car makes and models that he thought would be right for her, considering that she'll be doing quite a bit of driving for her ministry to the JV Kids.

He's spent hours researching for and with her, teaching her along the way about making a good decision on a car purchase. 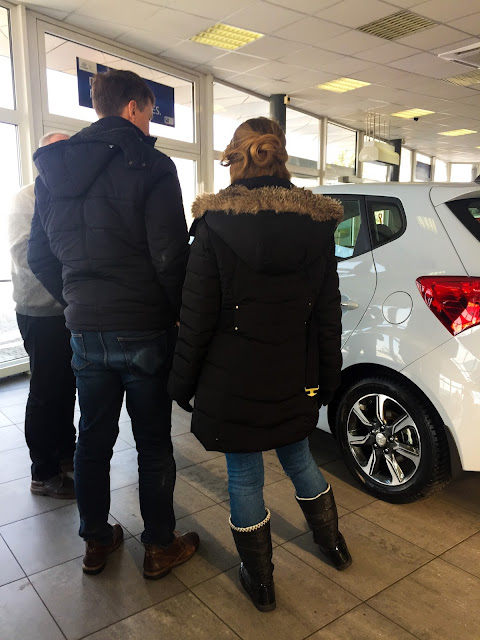 He didn't take over the process or make the decision for her, but shepherded her along the way so that she'd be in a position to make a wise decision. 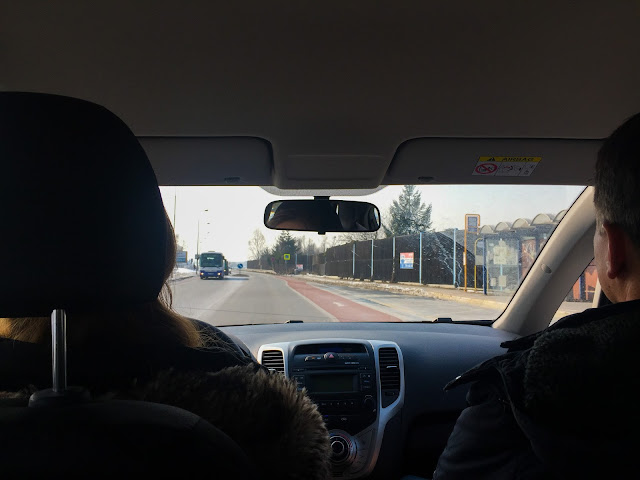 We stopped for lunch along the way, and while Claire and I were looking over the menu, Dave was on his phone, checking and re-checking car facts to make sure they were on the right track.

It delights me to no end that he takes such care of his kids...even when they're grown up.

And even springs for dessert at lunch to celebrate the process of making such a big decision! 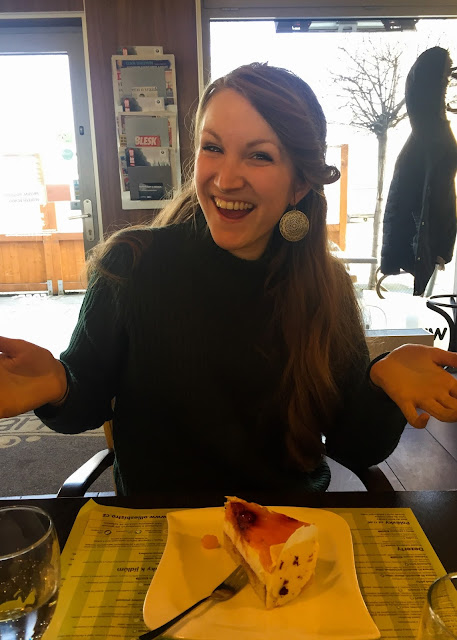 We finally landed back at the used car lot where they'd been several weeks ago. The car they'd found back then was still their number one choice. 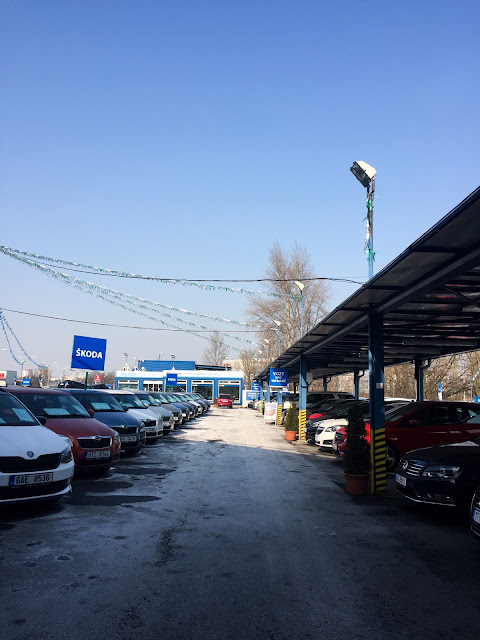 Just to make sure they did one more test drive of it, then conferred with each other and determined... 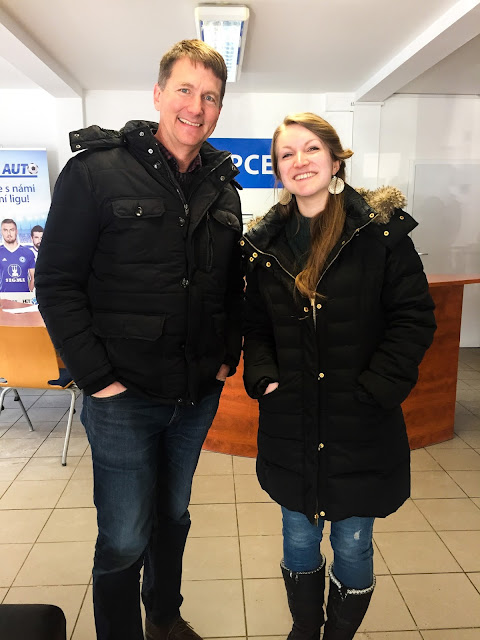 I don't want to steal her joy of sharing which car she chose so won't reveal that yet. Except to say it's white! :)

But the real point of this day wasn't actually buying a car; rather it was a good father, and a good Father, caring for his daughter.  😉
Posted by Living By Lysa at 10:00 PM