After Dave finished his interview at TransWorld Radio in Brno, we had another errand to run there. 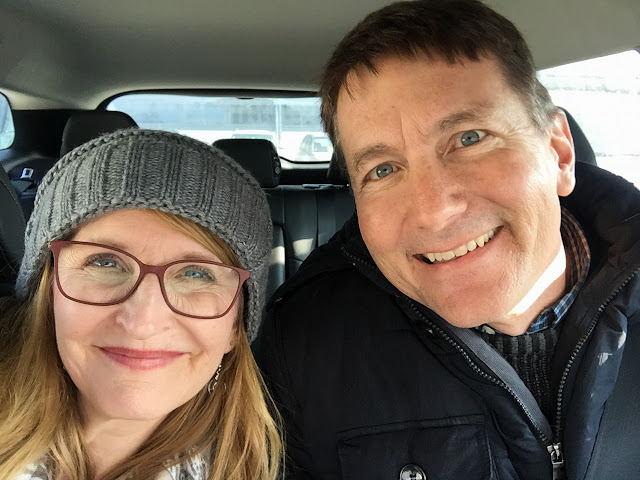 Last week I had the unfortunate experience of unknowingly dropping my phone out of my coat pocket, having someone find it and return it to me, but only after it had been run over on the road.

I took it in to our local Apple "iStyle" store, and they put it in for repair, sending it to Brno. But within two days they notified me that they were unable to repair it, but also unable to replace it given that they aren't an official Apple Store.

The man told me that the nearest one had just opened one week ago in...Vienna, the very first Apple Store in all of Austria.

So Dave and I picked up my phone in Brno this morning and drove down to Vienna to see what they could do for me and my broken phone. 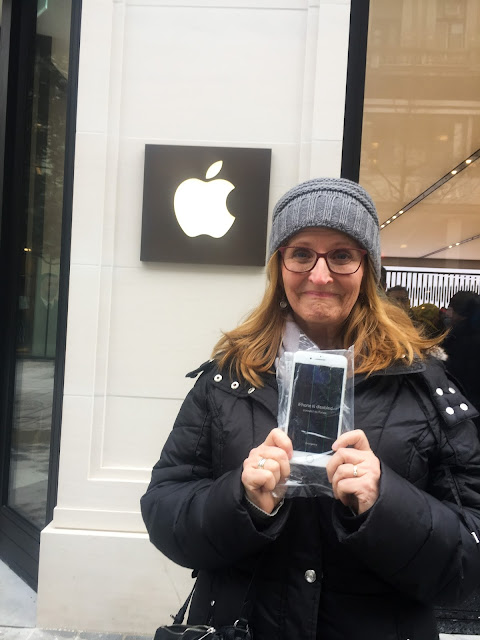 Given that this was only the second Saturday the store had been open, it was busy.

BUSY with all capital letters! 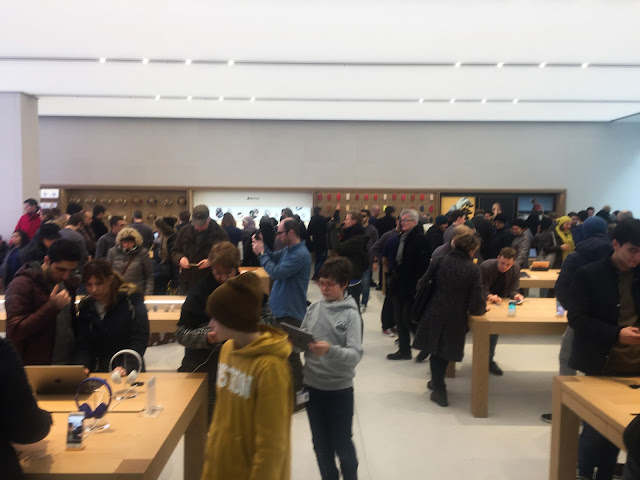 We waited in line to talk with someone in an Apple jacket, and he asked if we had an appointment. Oops.

Thankfully he said he could make one for me, and within five minutes he'd sent us upstairs to be waited on. 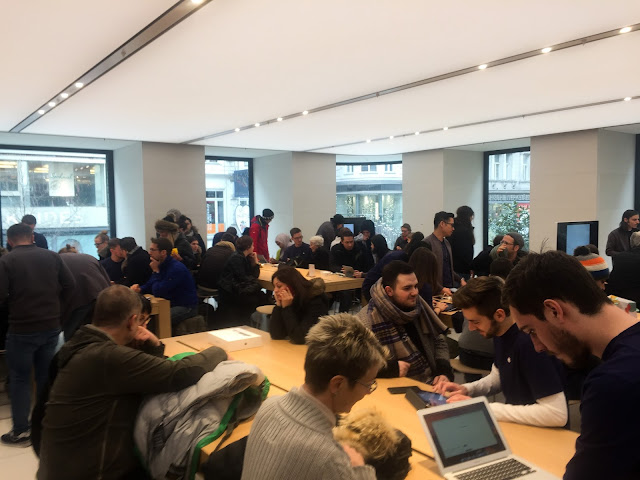 It was just as busy up there, but amazingly, Robert (soon to become my new best friend), called my name and all of a sudden we were sitting down at the table to talk about what had happened, and what he could do to help me. 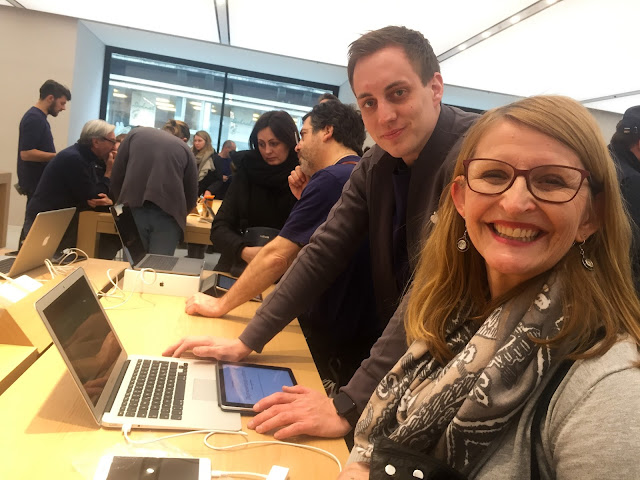 Because I have Apple Care, it ended up just being a matter of walking through the steps of deactivating my other phone and activating a new one. Well, and filling out a whole bunch of info to document it all.

I honestly couldn't believe how little time it took though. 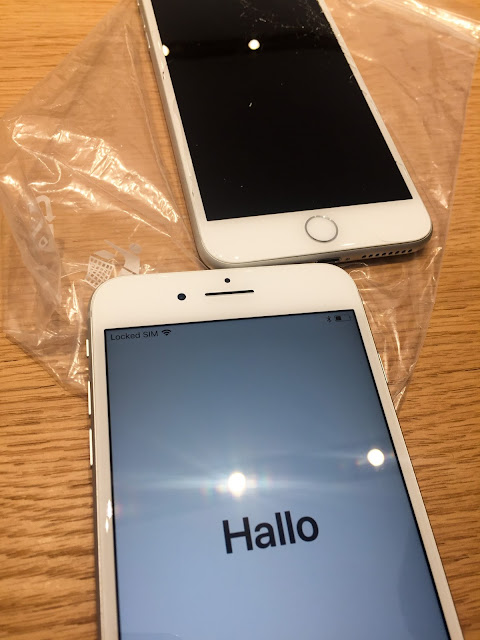 Within fifteen minutes, I was turning on a new phone and getting it registered. And then Robert said we were done and could go. 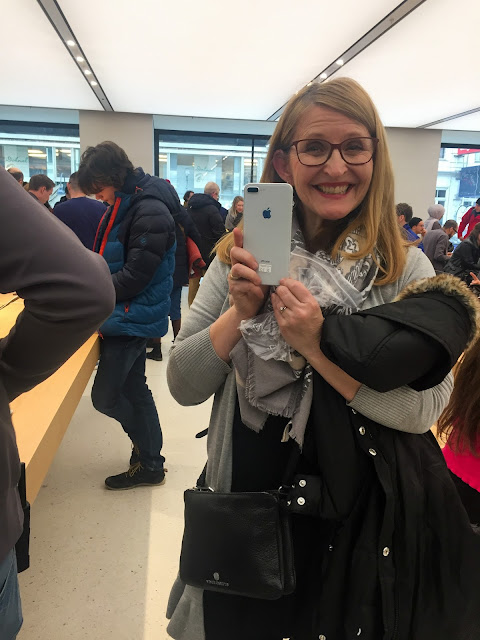 I know I'm not supposed to say this...but I can't help myself because it meant so much to me.

Robert didn't charge me for the new phone when it's the policy to do so to replace a phone, even if you have Apple Care.

When I asked him why he said, "Sometimes we just like to make our customers happy." 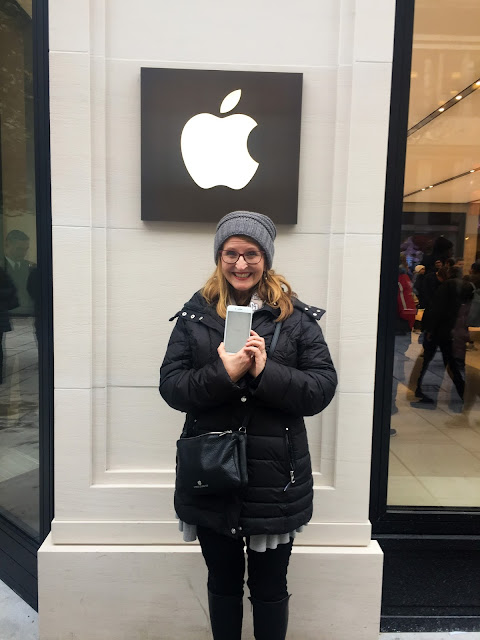 And then he said with a smile on his face and a twinkle in his eye, "Don't tell people I did that!"

But I want to give credit where it's due: "Apple, you're an amazing company with wonderful customer service! Thanks for giving your employees leeway to make your customer's day, and for taking care of me, even when it was my own fault. I'll try to be really careful with this phone from here on out."
Posted by Living By Lysa at 11:00 PM