Over the past eight and a half years, there were a lot of "lasts" here in Czech as our kids left home for college: last days at school, last meals as a family, last hugs before getting on planes to the States.

As each one of them left, I assumed that from that point on they would only return to Czech for visits to our home - that their lives would be lived out somewhere else in the world.

So now that two of our children, Tyler and Claire, have returned to make their homes back in Czech, it still feels wonderful, albeit surreal, and I'm celebrating a lot of "firsts" during these first weeks and months that they're back. 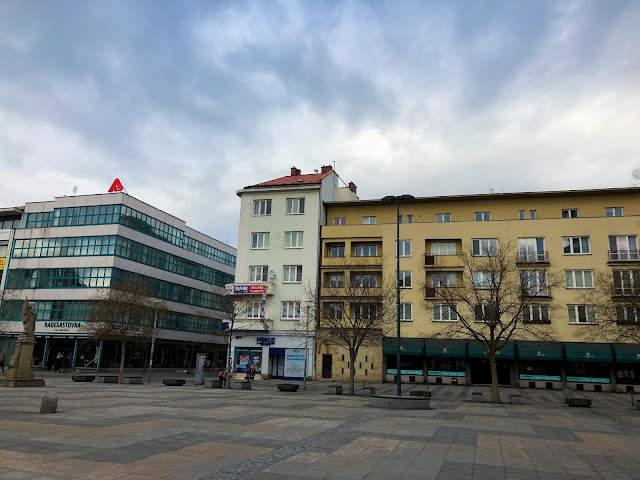 One of those "firsts" happened this afternoon as I drove into Ostrava and walked over to Tyler and Lara's home on the square. 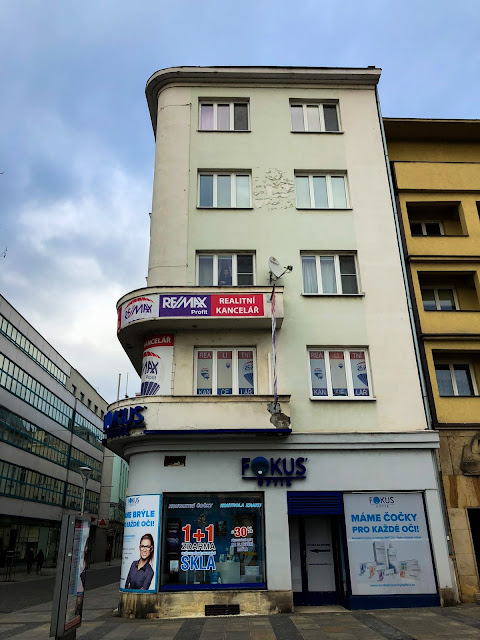 Today was my first time to go to their home to babysit our grandsons, Judah and Asher! 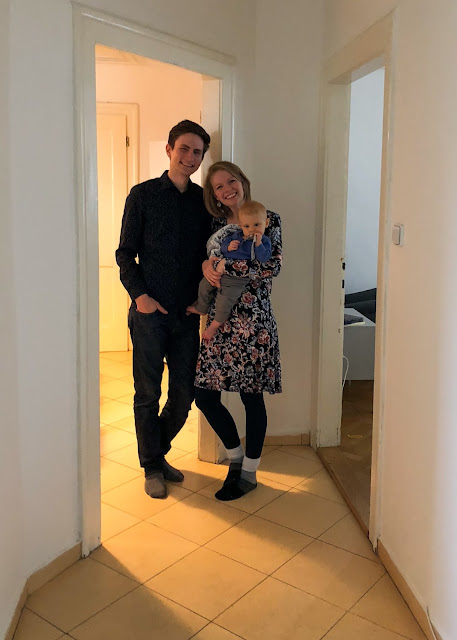 While Tyler and Lara got out for an afternoon and evening together, I spent it hanging out with the boys. 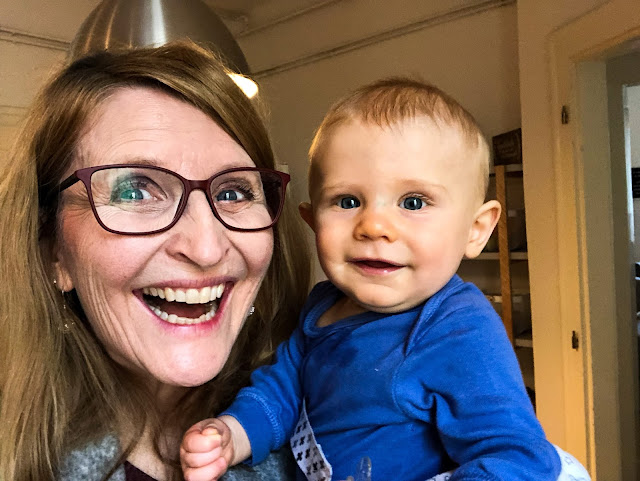 And that was a whole new experience for me, being the "Nonnie" who gets to come over for a few hours to love on and care for these dear little guys. 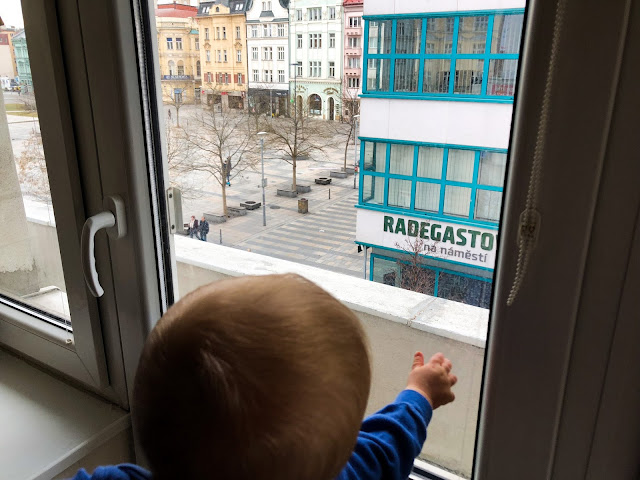 Judah was napping when I got there, so Asher and I entertained ourselves until Judah woke up which was so enjoyable having that time with him.

Imagine Judah's surprise, upon waking from his nap, to find not only Nonnie there (who he was expecting because Tyler and Lara had told him I'd be there when he woke up), but our dog, Kaylee, as well! He loves her and has no end of delight in having her around. 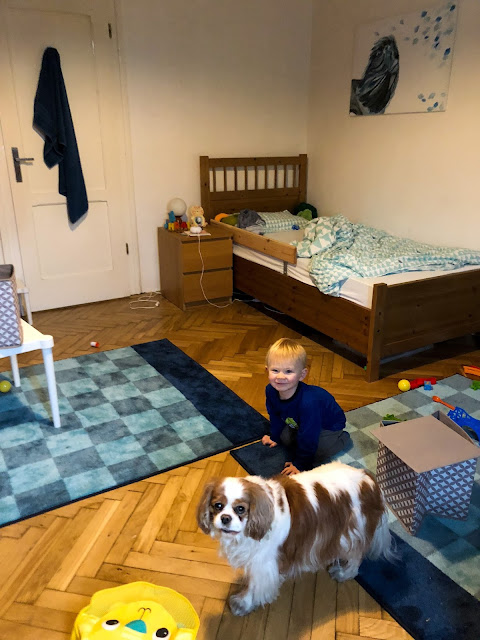 Over the next few hours I had so much fun playing with Judah and Asher in their own environment, getting to know what life is like in their new home.

I have to say, it was a bit of deja vu watching them, remembering what it was like having two little boys of our own way who did things like this, way back when! 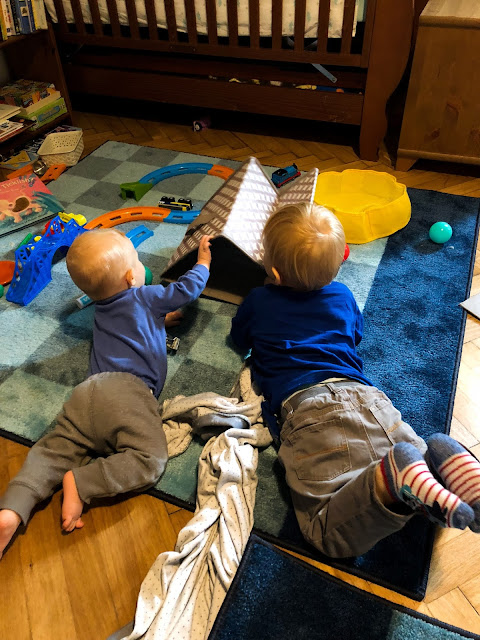 Tyler and Lara's apartment is in the old style of Czech apartments where one rooms leads to the other, forming a circle throughout the entire apartment. This leads to lots of energy being expended in running from one room to the other for Judah, as evidenced by the blur of this photo!


I'm sure when Asher starts toddling, he'll be following in his brother's footsteps!

But Judah is also very happy to sit down and read a book too; in fact, we read this one through many times! There's something so sweet about hearing a two year old say, "Again??" Who can resist that?! 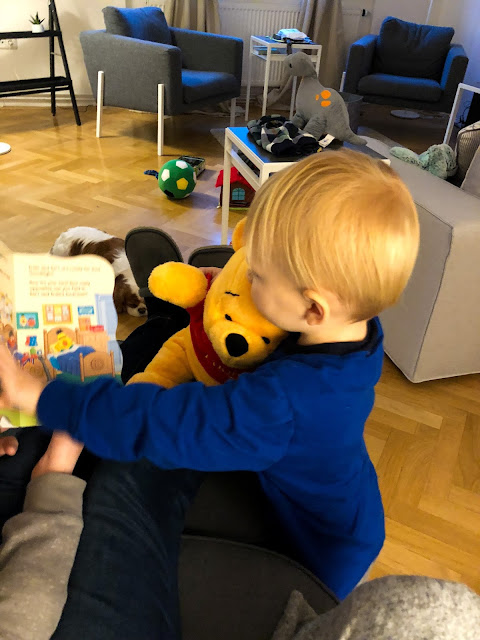 As bedtime approached, we skipped bath time and just cuddled on the couch instead.... 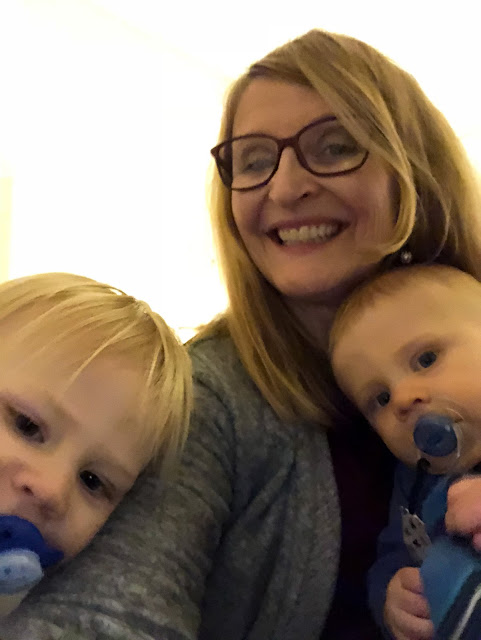 ...until it was time to get jammies on and be ready for bed as soon as mommy and daddy arrived. 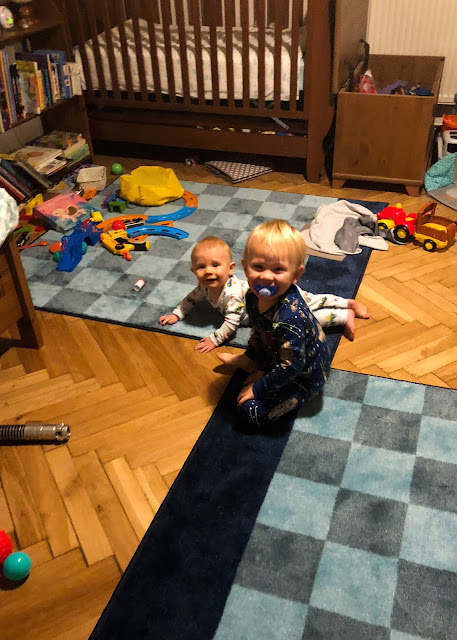 And the best "firsts" on this night?

Being there at bedtime and hearing Tyler lead Judah through quoting verses from Psalm 23. Pure joy! 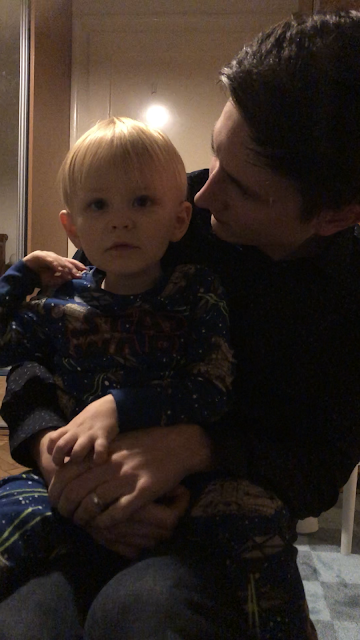 Tyler and Lara have done such a great job at making a home in Ostrava for their family, and it blessed me to spend my first evening there, babysitting the boys. Hopefully they'll have me come back and do it again sometime! 😉
Posted by Living By Lysa at 11:00 PM