A Visit to Starý Jičín

For nearly twenty five years I have passed this castle on the hill countless times. It would be safe to say at least 250 times, though quite possibly it's even more than that! 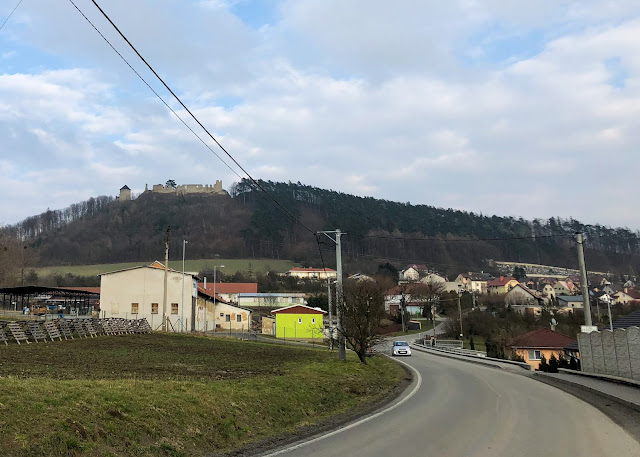 Just off the highway on the main road between Frýdek-Místek and Olomouc, sits Hrad Starý Jičín, a fortress built at the end of the 12th, or the beginning of the 13th century, to guard the trade route to Poland.

But in all these years of seeing it, I've never been up to it. I decided to remedy that today when I was on my way home from a meeting in Olomouc! 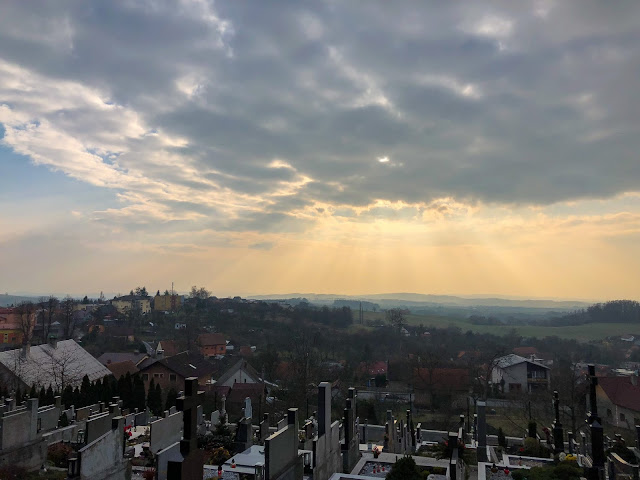 Having no idea how to get up to it after getting off the main highway, I put it into Google maps to guide me there. Unfortunately, it thinks there is a road up to it so I found myself on a verrrrry tiny road that I ended up backing down. (Note to anyone thinking of going: you have to walk to get there!).

Unsure of where to go at that point, I parked by the cemetery and started walking towards the church just to see what was there. 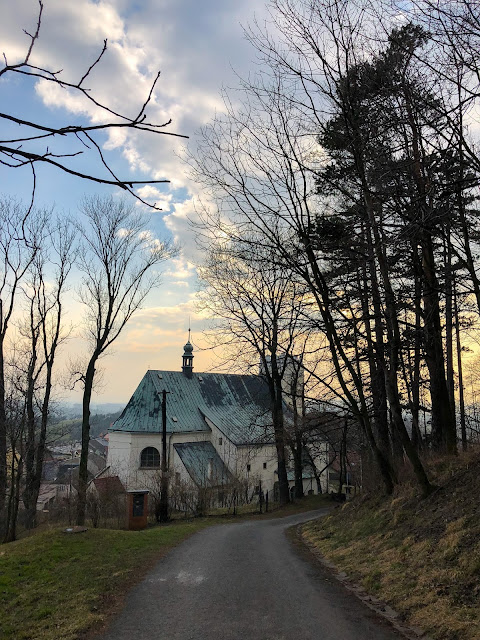 If it hadn't been for a couple who seemingly appeared out of nowhere (they would probably think it's funny that I wondered if they were supernatural beings, guiding me up the hill!), I wouldn't have headed up the path, given that there were very few signs to guide me. I'm glad they appeared! 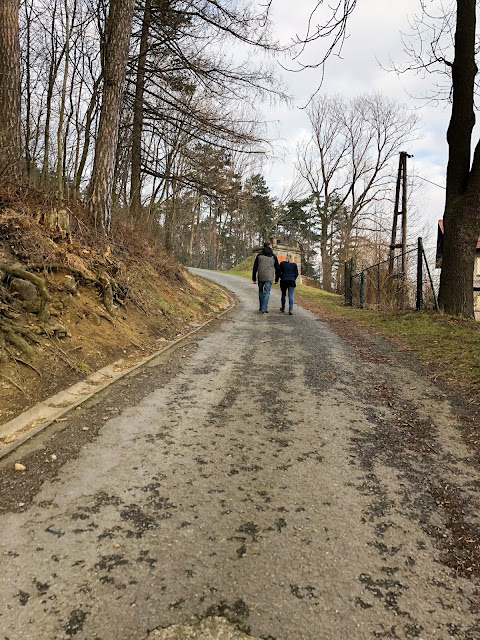 But when I saw this little sign on the tree, I knew we were headed in the right direction. ("We" being me and the couple walking ahead of me!). 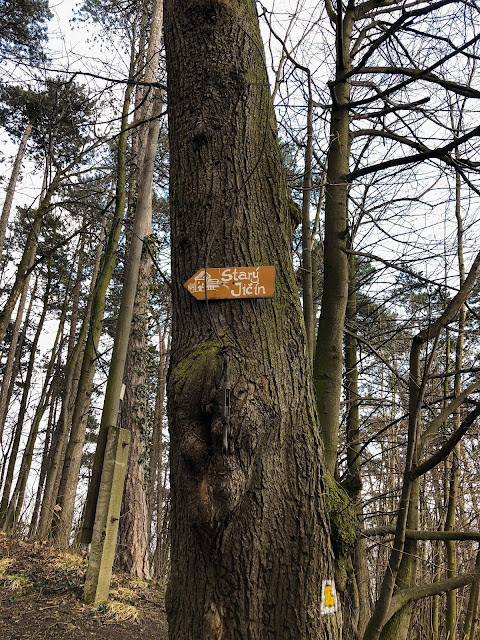 I gave them a chance to get ahead of me so walked slowly on the crumbling path, enjoying the birds singing and the sounds of the forest. 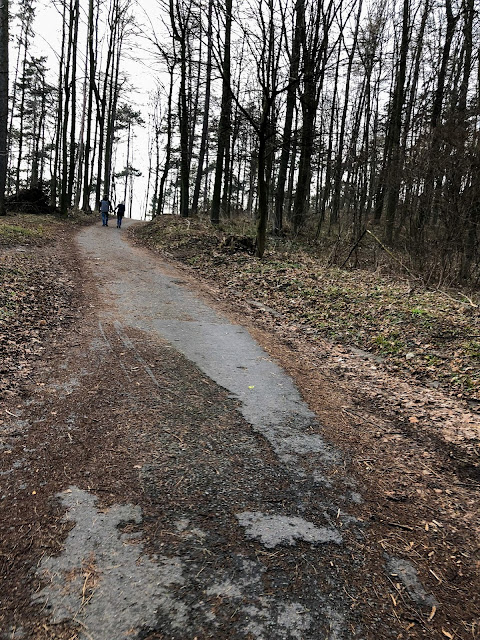 All of a sudden as I rounded the corner, the sun came out, and the hike took on a positively enchanting feeling. 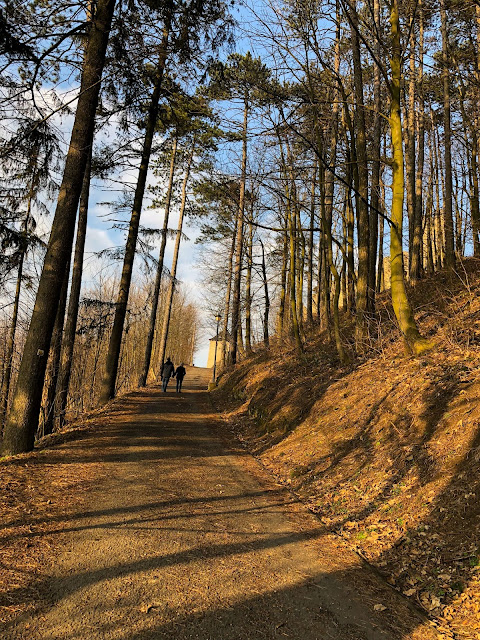 With not another soul around, I'm sure glad that couple kept walking or I would have missed out on this amazing sight as we came to the top of the hill! 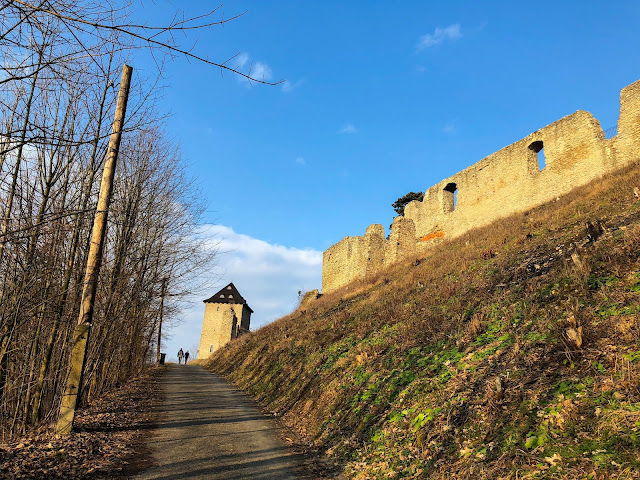 I can't believe in all these years I've never stopped and walked up here. It is absolutely beautiful! 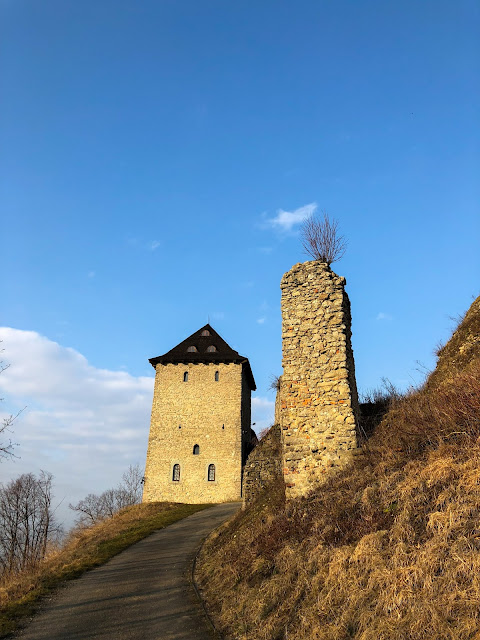 From what I read, the castle was owned by many different families through the centuries, and only came into ownership by the village below after WW II. Imagine that real people owned this castle for all those years! 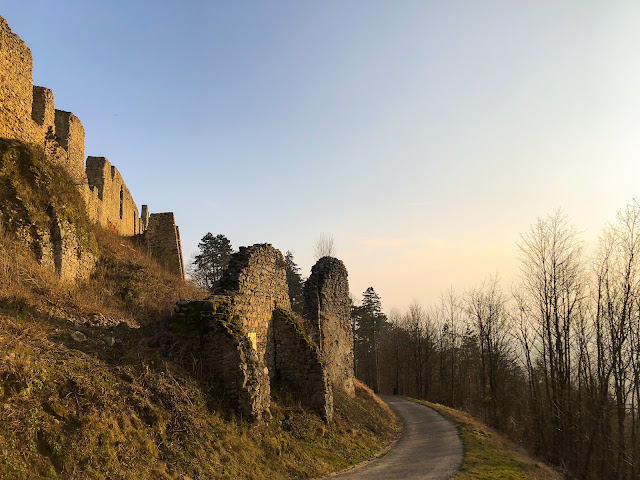 The view from the top was beautiful, even though it was a bit hazy. 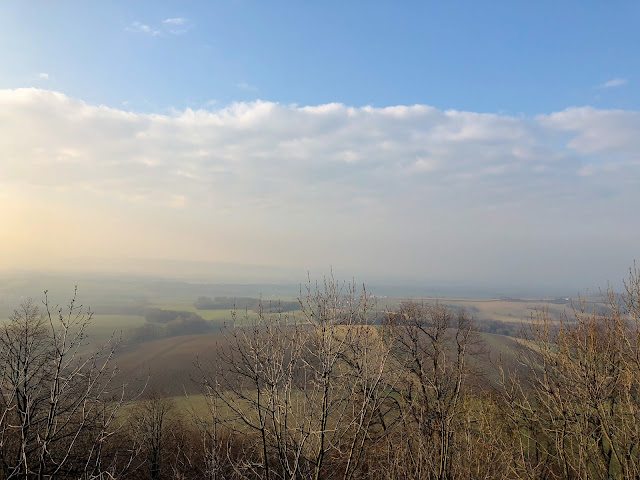 From the other side of the hill, you could look down into the city of Nový Jičín, which was beautiful too. 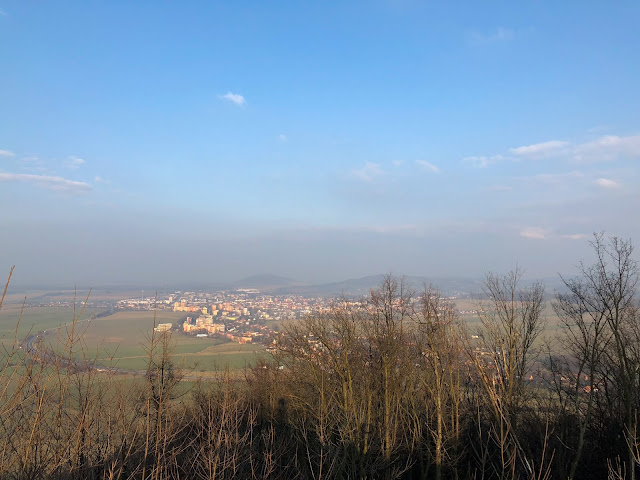 Because I wasn't wearing hiking shoes (in fact, was in my high heeled boots!), I didn't venture up to the very top, but instead enjoyed the view of the ruins from here. 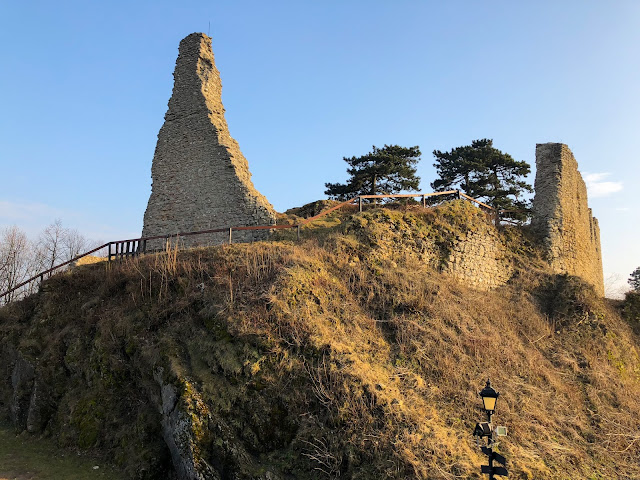 Though I could have stayed up there much longer, I needed to head for home so said goodbye to this lovely place with a "See you later" in my heart. 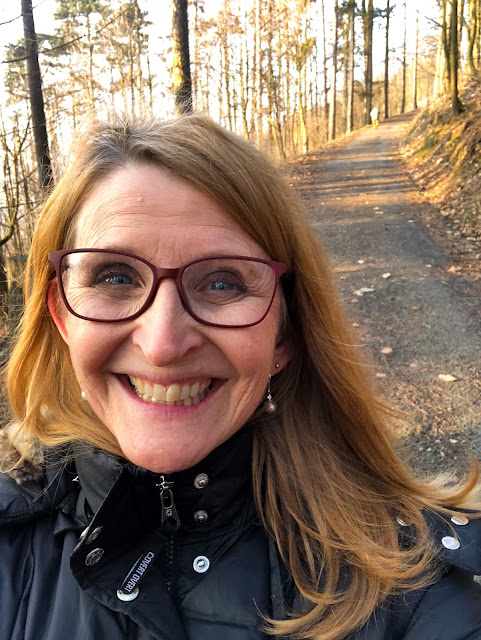 I definitely want to come back in the summer when the leaves are on the tree and when I have shoes that will let me climb to the top of the castle! 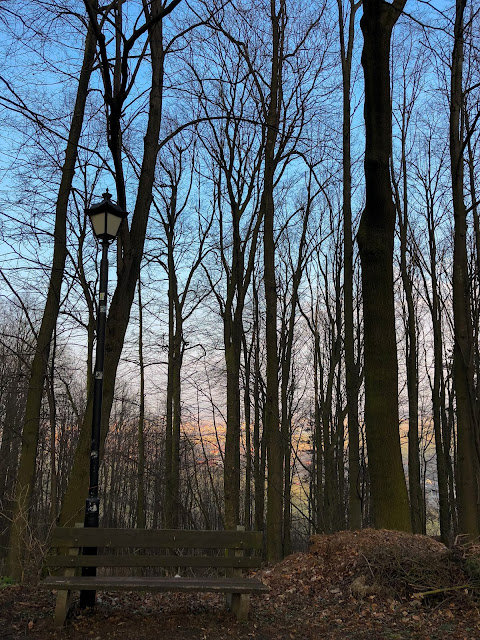