Oh what a difference a few hours makes! 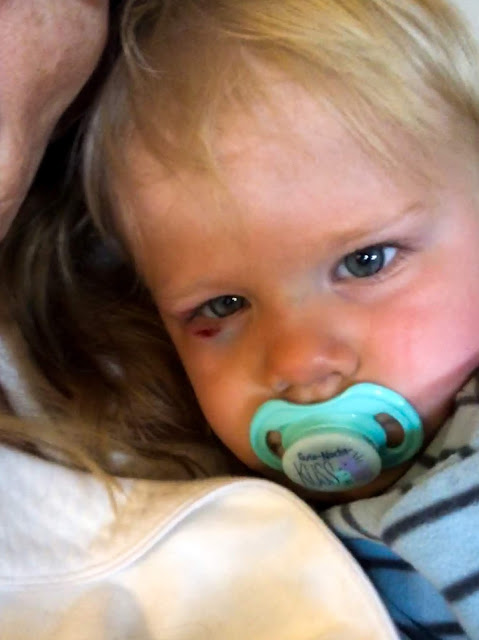 After yesterday's idyllic day with Judah and Asher, I was up at 5:30 this morning with them, and by 6:30, Asher had fallen off a chair and gotten quite an "owie" on his eye. He slept in my arms for an hour after the crying subsided. 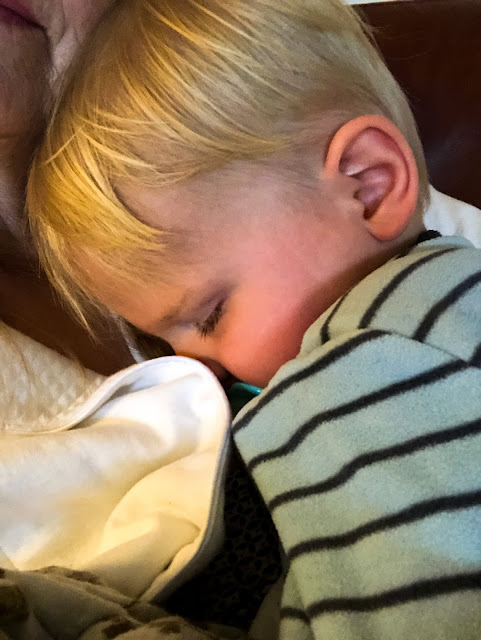 This is my worst nightmare while having grandsons on my watch.

It isn't that my kids never got hurt when I was parenting, but that felt different since they were my own kids. These are someone else's! 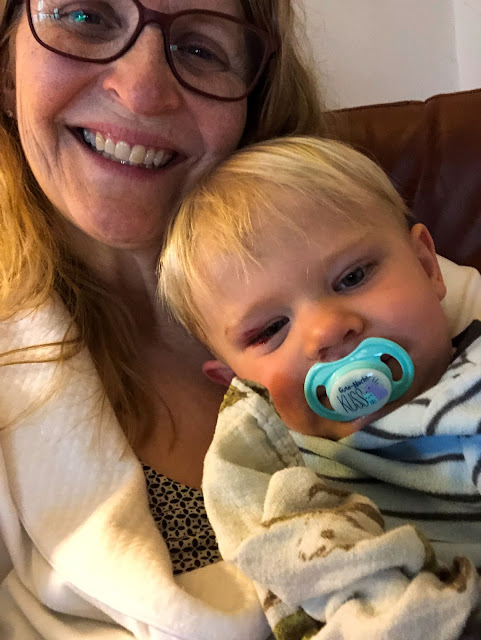 Thankfully this injury (which happened in the one second I turned my back after having had him next to me for 15 minutes while I was putting something into the crockpot) did not turn out to be serious, though it certainly didn't look good.

But after his little snooze in my arms while he recovered emotionally, a little Peppa Pig got him out of the chair and over to his brother. 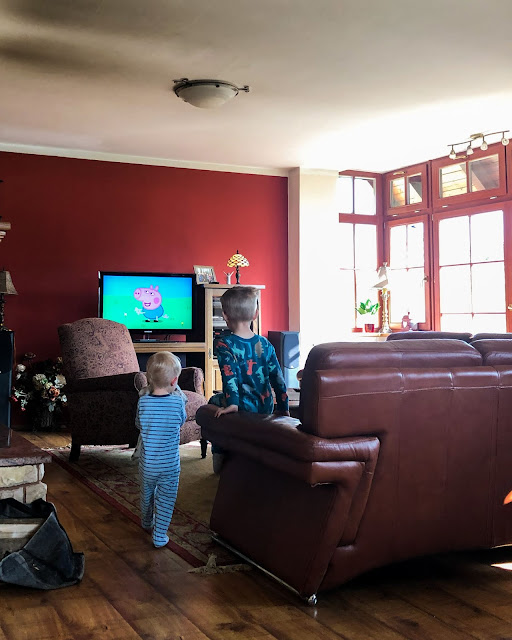 Watching him eat breakfast was never so enjoyable!! How thankful I was to see him functioning normally, albeit with a black eye. 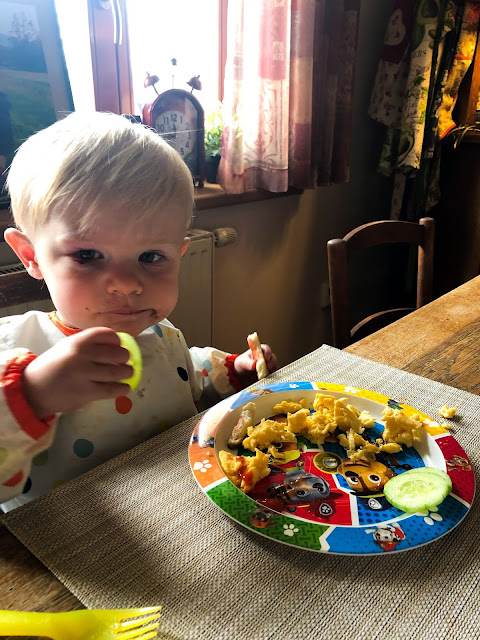 And he happily tottered off to play with toys afterward. 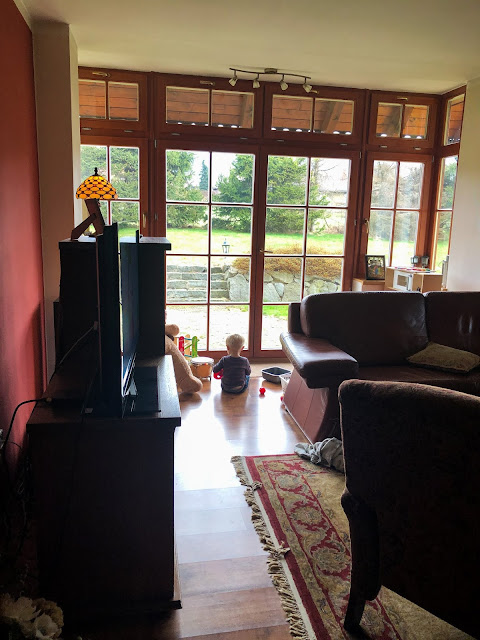 Judah was a champ while all of this was happening. He tried to comfort, brought me things for Asher while I held him, and didn't complain once about breakfast being delayed.

His reward? Soccer outside while little brother napped later on! 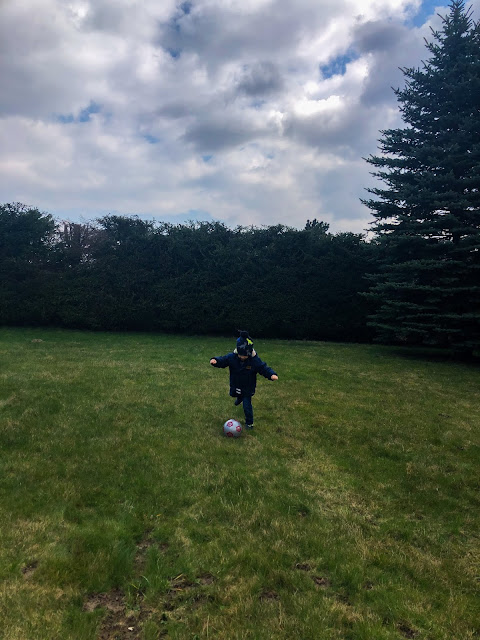 I know we can't control everything that happens, much as I'd like to when it comes to the grandkids!

But I certainly did cry out to the Lord when Asher fell, and had a huge praise session later, thanking Him for His protection. I'm as vigilant as possible when they're around, but also know that ultimately these grandsons are under the Lord's care, just as my own kids were. 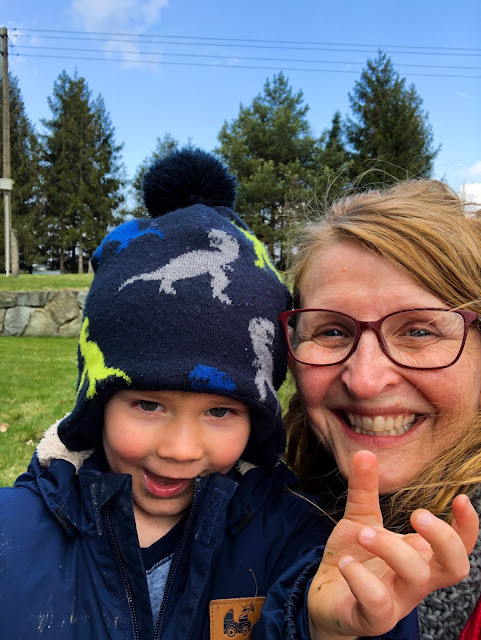 He's writing their stories, and using all sorts of situations and events to shape them into the people He's made them to be. I may have gotten a few more gray hairs over this particular one, but I'm grateful it was relatively small in the big scheme of things, and that Asher was fine by day's end.