Evening in the Village

Joyce and I only have a couple days left here on Hvar, so are doing all of our "lasts", which included a walk through Sveta Nedjelja as the sun began its descent tonight. 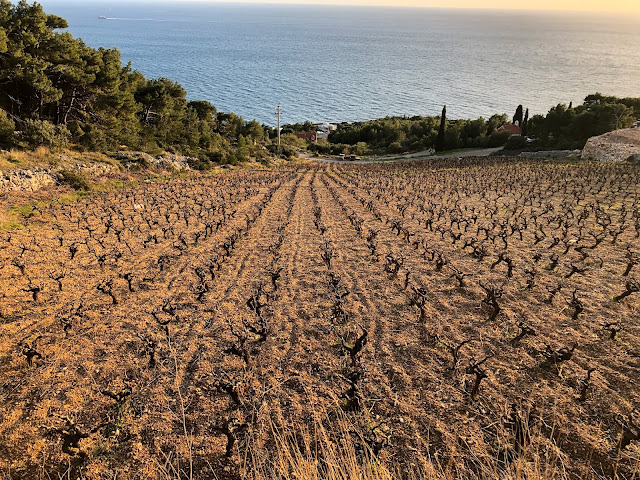 There are two parts to the village, upper and lower. We wandered through the upper section as its the oldest and most beautiful part! 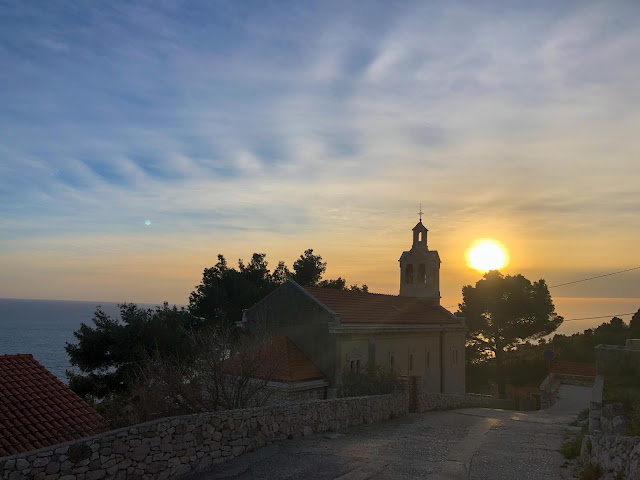 In Czech, houses are numbered according to when they were built (which makes for difficulty in finding places sometimes!), and I'm assuming the same is true here in the village of Sveta Nedjelja. While this house has been reconstructed, I wonder if it was the first one...and if so, when it was built here?! 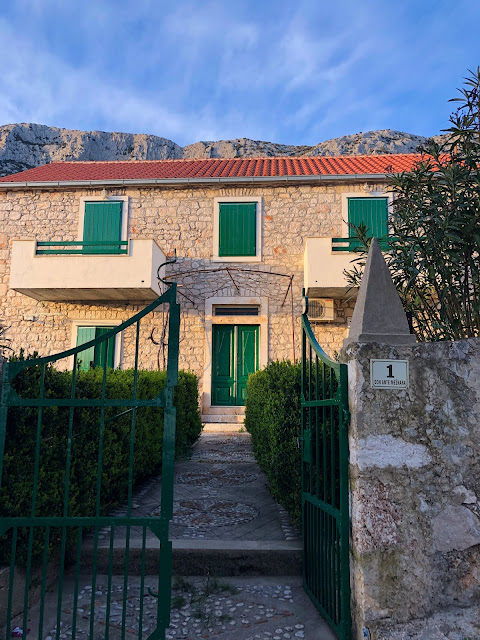 It's just across from the Catholic church in this village of 131 people, according to Wikipedia.


It's a beautiful view from up here in the church yard. 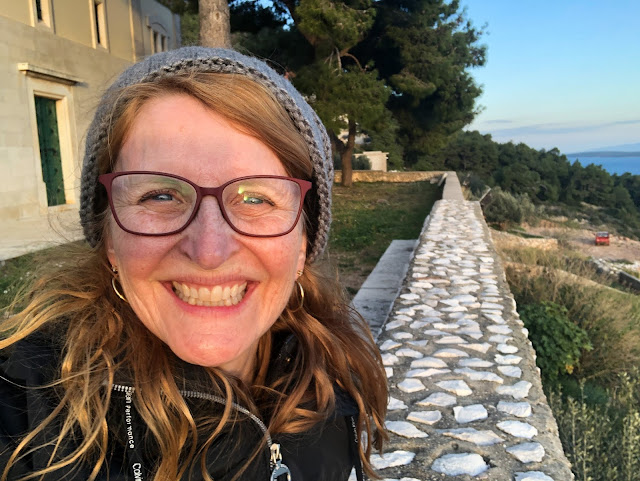 Looking straight out to the Adriatic, you look over Zlatan Otok's production center. Hard to believe worldwide award winning wine is produced here! 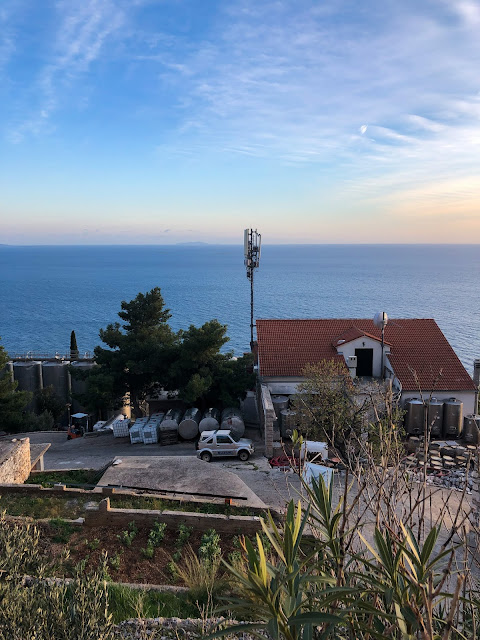 Looking the other way you see the only market in town. And it's definitely more on the "mini" side than it is on the "market" side! 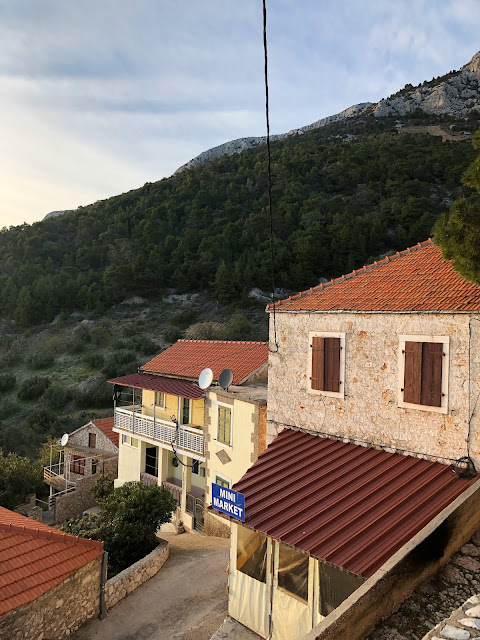 We wandered up through the village, watching the sunset, and noticing all the signs of spring here. 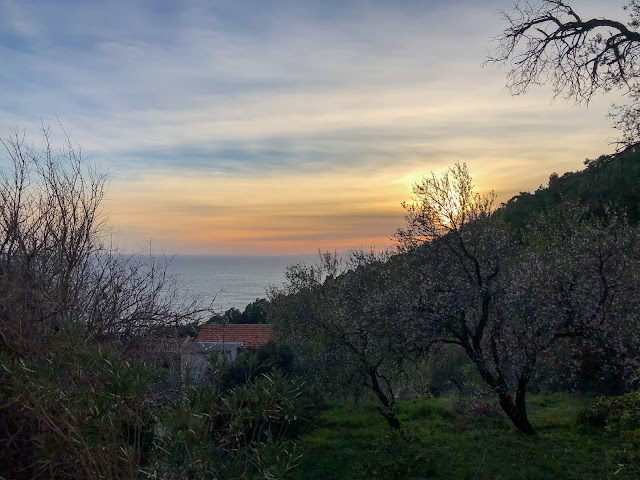 We ran into our friend Tino, who lives here in the village but does stone work across the island, as well as on the mainland. 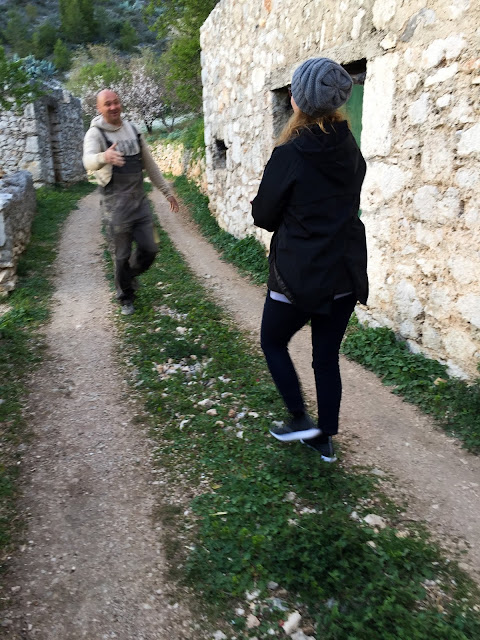 He did all the stonework at our house here, which is stunning. He's such a warm hearted guy, and a true craftsman! 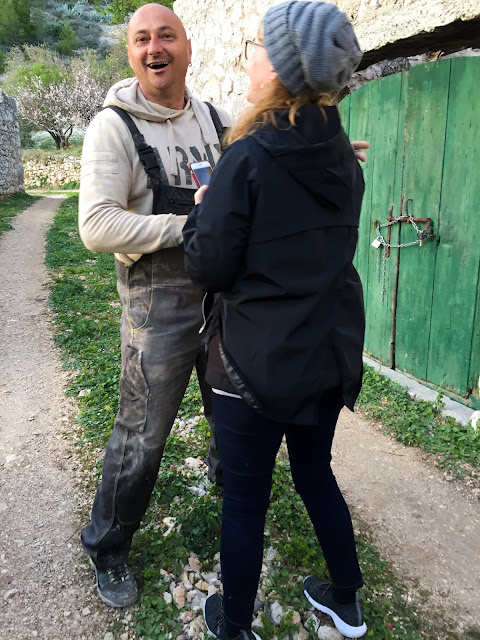 Right now he's building that stone wall for someone here in the village who wanted it to look like it's always been here. 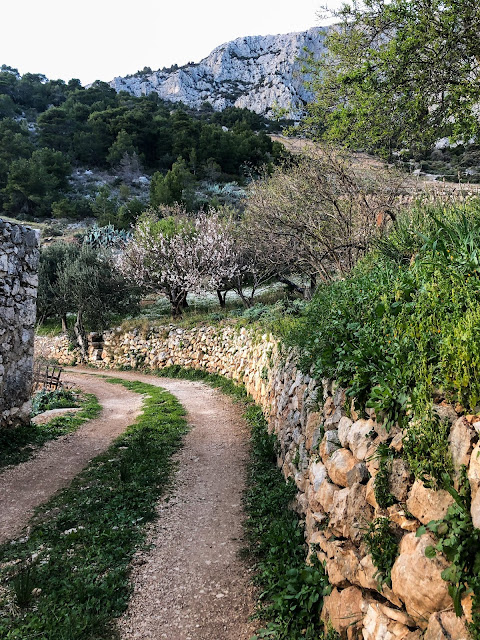 Looking back the other way, both the left and right is his work too. 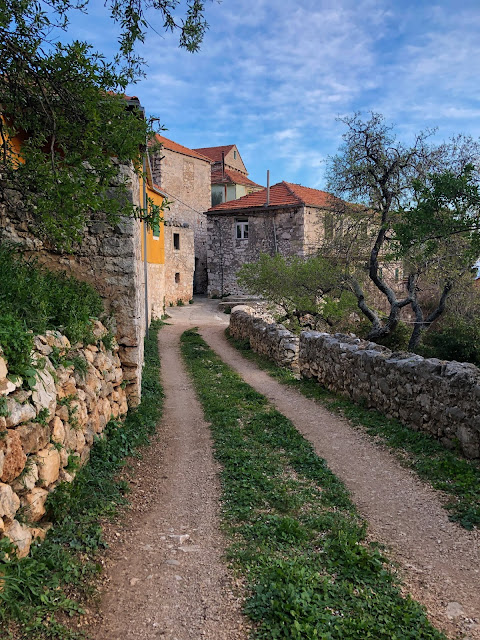 We continued our wandering, noticing all the blossoms and the new green leaves and grass. 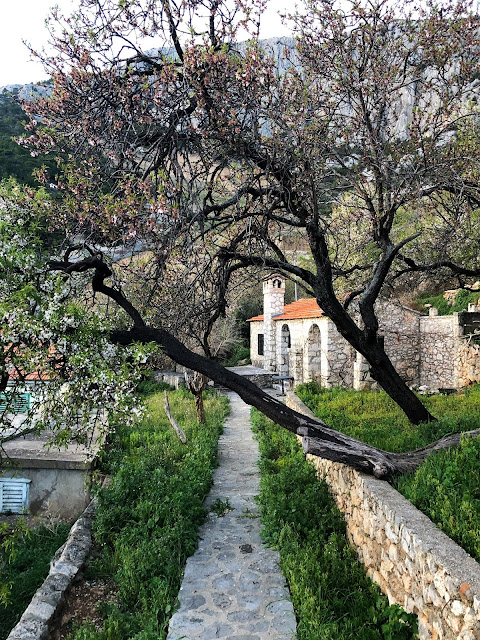 By summer it will have turned more brown, so it's nice to see the green at this time of year! 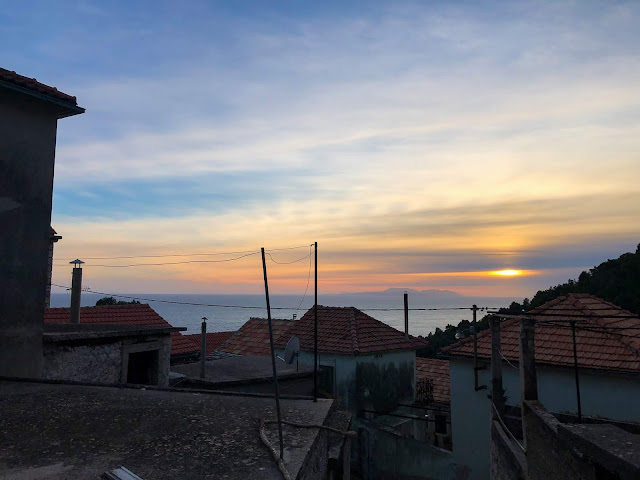 The sun sets over the island of Vis in the distance (the island where they filmed the new "Mamma Mia" movie that premiered last summer!)

You can get another view of the vineyards that fill these steep fields here. Someone was up in one of them with a rototiller. This is a lot of work to produce grapes that make the wine! 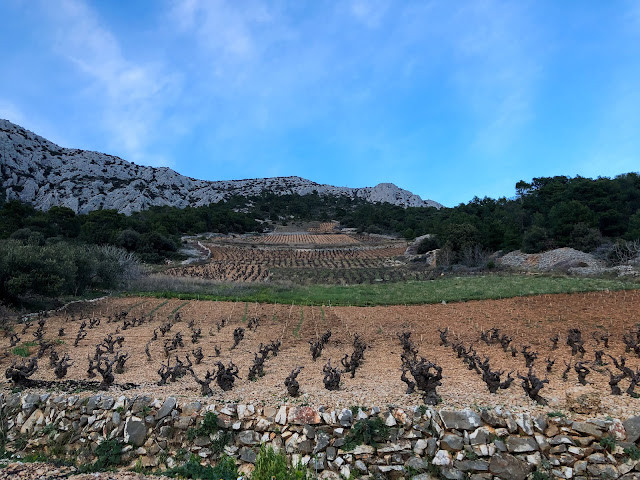 It's chilly this evening, but so worth being out here to see the beauty! 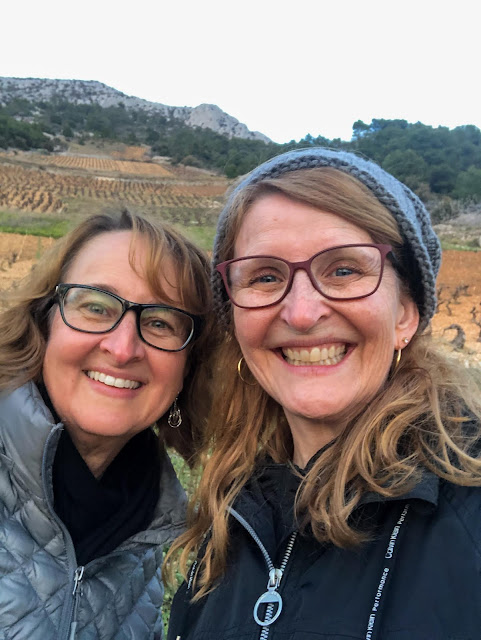 Coming back around to the house on the dirt paths above the village, we caught the final rays of sun casting their reddish tint in the sky. 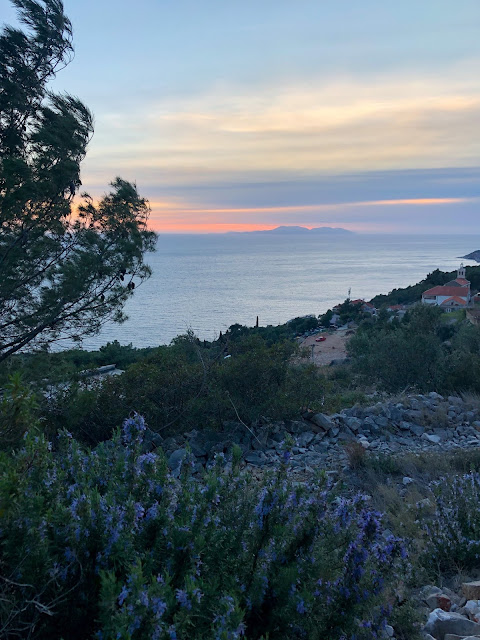 And Joyce caught me in action, taking a photo of the blossoming rosemary. 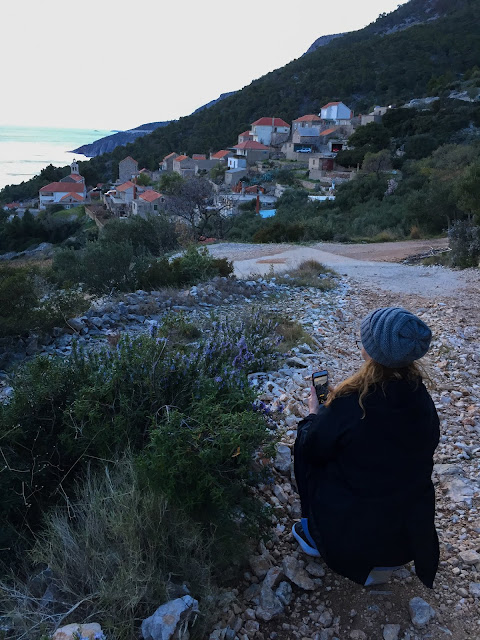 That's the picture I was taking! 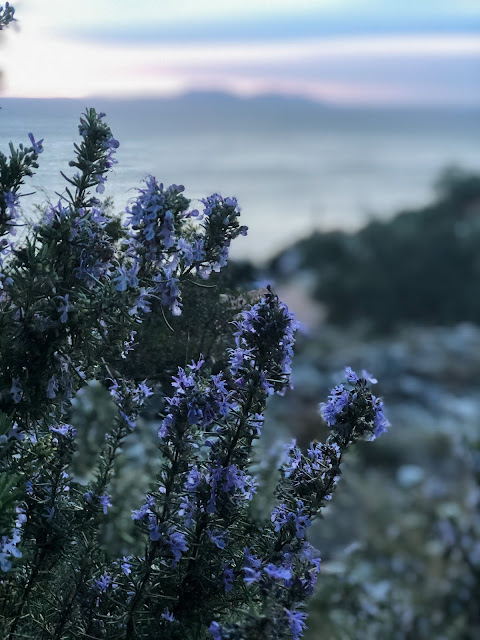 So thankful to share these beautiful sights with my sister! 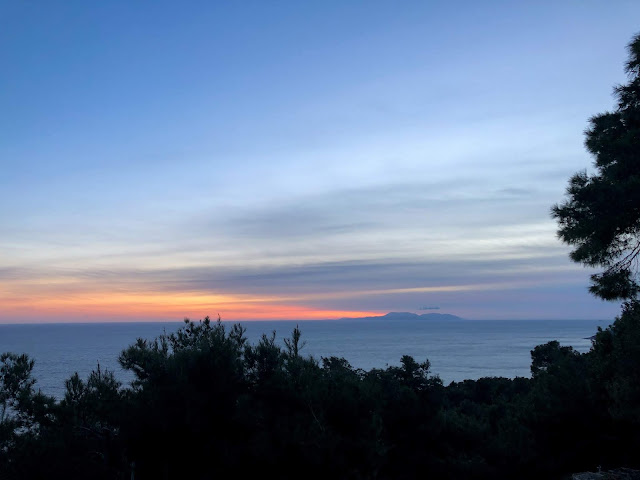