On this night of our 32nd wedding anniversary, we are in Zilina, Slovakia, at our JV Slovakia team's KPM - a conference for youth leaders across the country. 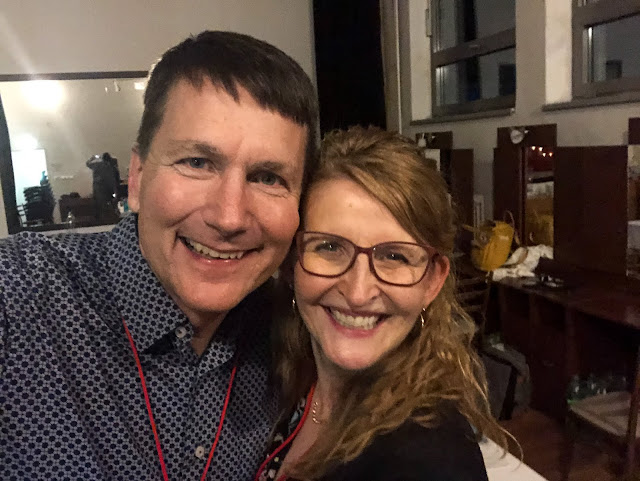 Backstage before it started, we gathered with the production team to get instructions about the evening, and to pray for the opening night of "Face to Face" - this year's theme about facing off the enemy.

Dave had the joy of giving the opening night talk to 600+ youth leaders from across the country. 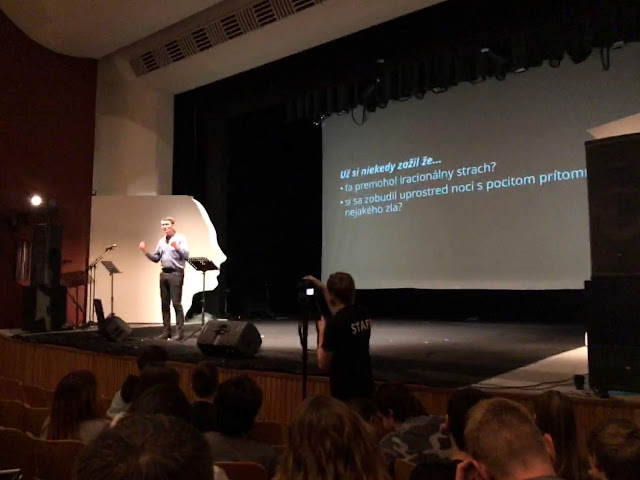 He set the stage for this topic that will be expanded on all weekend by reminding them that they are in a spiritual war. He talked about how important it is to know your enemy, know his tactics, and to fight with weapons that God provides. 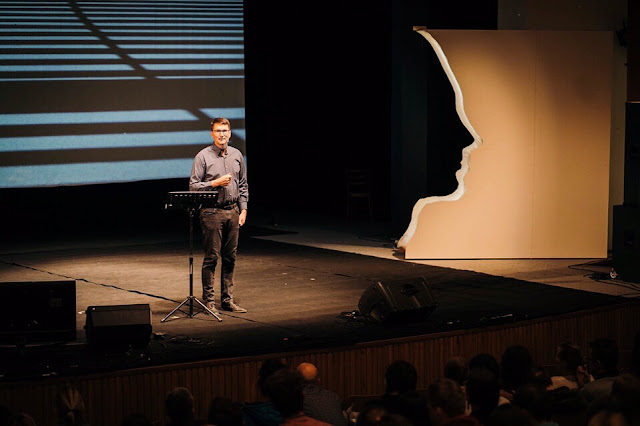 After he finished, both of us came on stage for the opening night of "Book Club", which is an introduction of authors with books available at this conference. 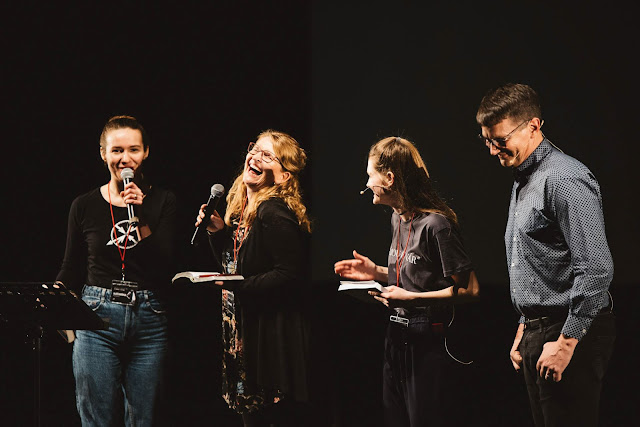 I don't remember exactly what I was laughing at, but it was so much fun to share my heart about my book, No Less Than Yes, and give them a picture of what it's about!

As the evening program wrapped up, we got one anniversary picture backstage, which was just so apropos for our lives together these past 32 years: on mission, together, loving each other and the people around us. 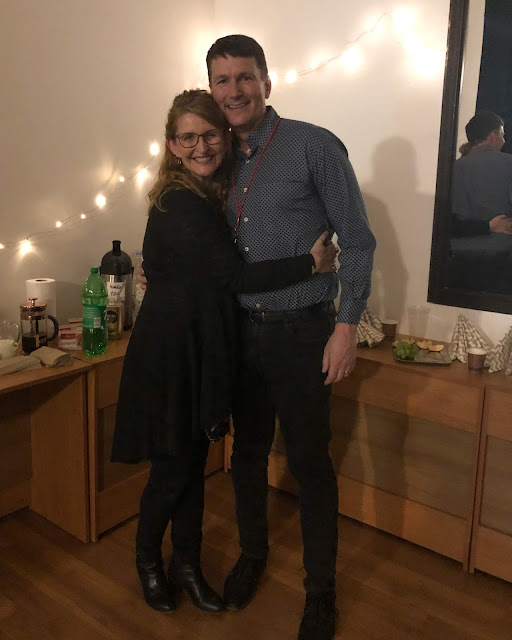 As soon as the program finished we headed out to the bookstore to meet with people. 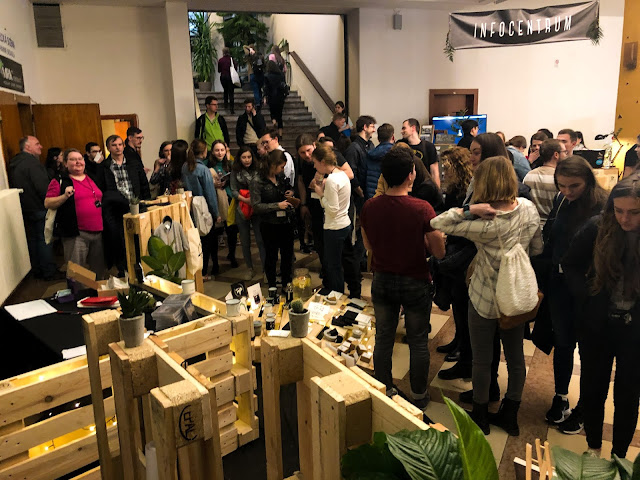 Dave's book, Father God, was just translated into Slovak so was available for purchase in the language of those attending the conference! 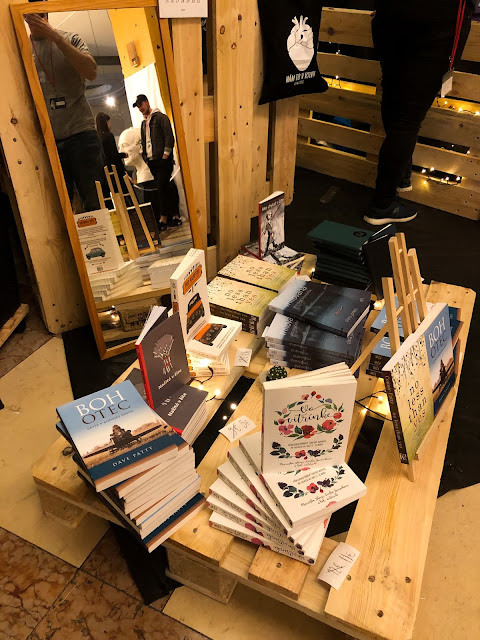 He got to sign copies of it for many people tonight. 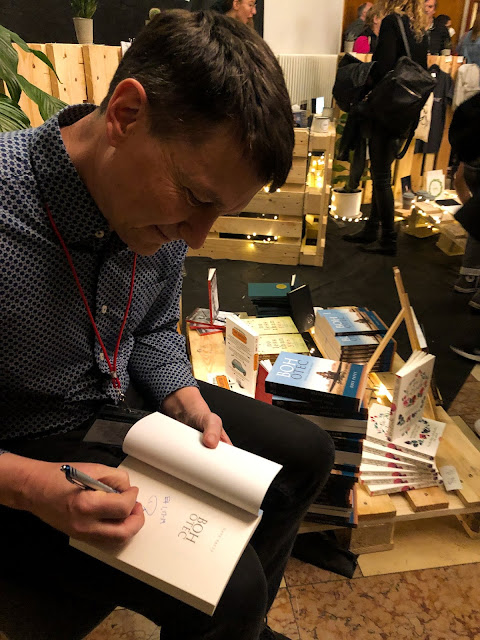 I signed some of mine too, but the sweetest moments were seeing all the people that I've come to know and love at KPM through the years.

But this one surprised me! 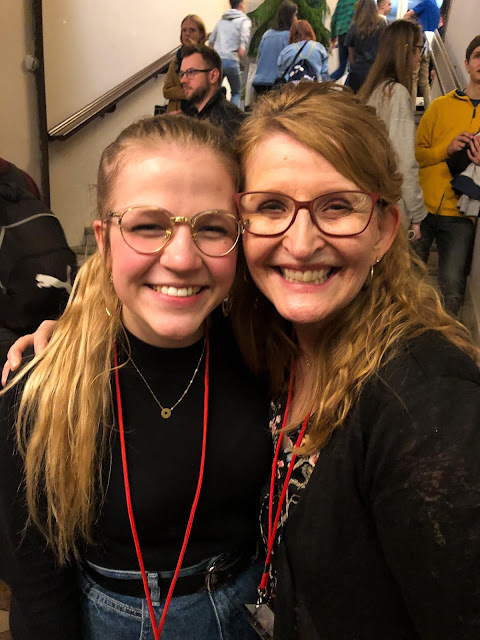 Kristina Jones is a JV Kid from many years ago. Her parents started ministry to young people in Slovakia just a few months before we did in 1993, and came on our team a few years later. I remember when Krissy was born, but haven't seen her since she was just 6 years old as her family moved back to the States then.

Unexpectedly just a year ago, her mom and dad came back to pastor a church in Bratislava, and she got to move back with them to live the Slovak life her other seven siblings had lived into their teenage years. What a delight to see her all grown up (and to see her mom and dad as well!).

I also got to see Rob, another former JV missionary who left the field a couple of years ago to go into the pastorate. But this year, God moved the hearts of he and his wife to return to JV, and they are now at 70% of their fundraising and hope to be back in Czech, with their two little girls, in just a couple of months! 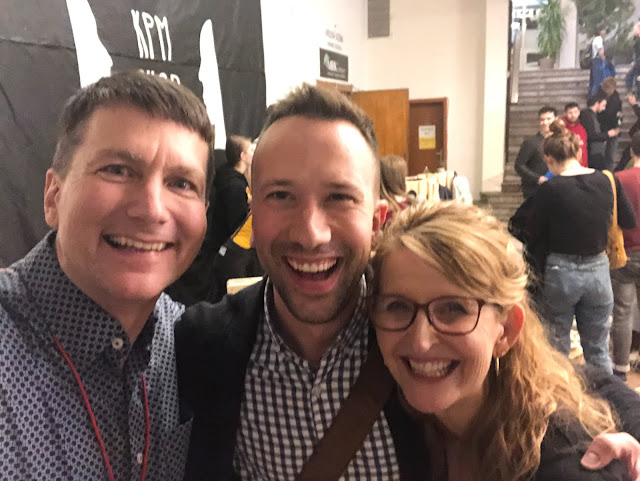 One last joy to the evening was going to the cafe, where people will meet throughout the week-end after the sessions. 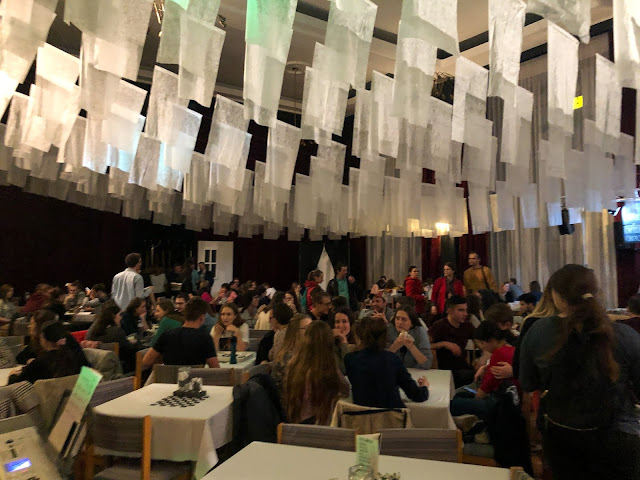 Each year a team of people labor over its design, trying to think of how to create the warmest environment for people to talk and process what they're learning with each other.

And do you know who was responsible for its design and creation? 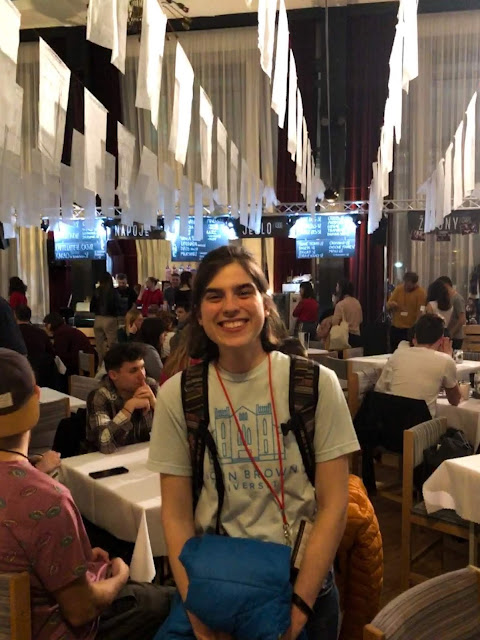 Gwyneth, who is also a JV Kid! She lives and serves with her family right there in Zilina! She led and worked with a team who thought up this year's theme, and executed its creation. Not bad for an 18 year old!

The week-end is off to a great start!
Posted by Living By Lysa at 11:00 PM