This is a familiar road to us. I can't even begin to count how many times we've walked up and back on it. 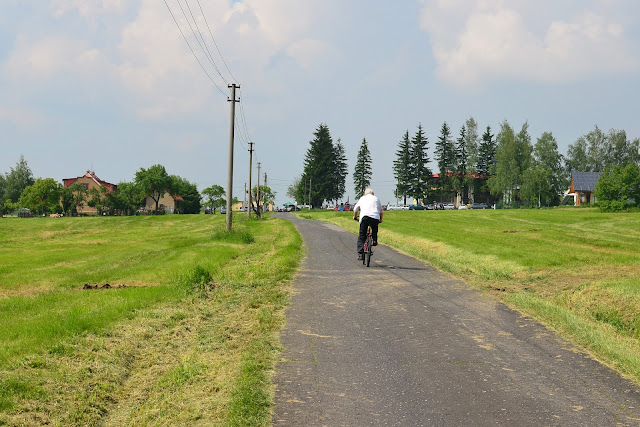 It's just around the corner from our house, leading to the tiny Malenovice airport. During weekdays, it's mostly empty - in fact, it almost feels abandoned.

But on the week-ends, it often comes alive. You'll find gliders getting a tow, parachutists jumping from small planes, and an occasional sight-seeing plane going up for a view over the mountain. 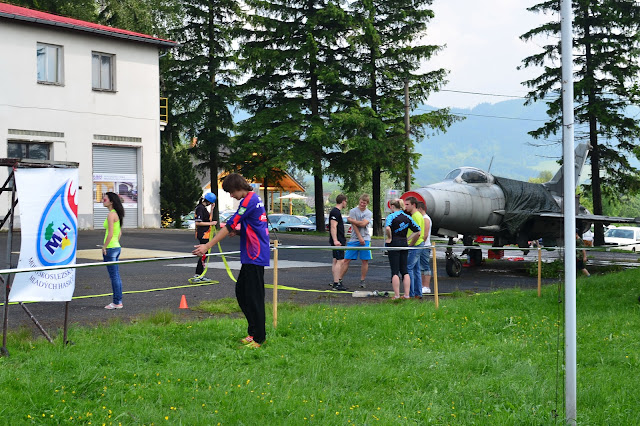 Occasionally, there are other activities at the airport as well. And they draw quite a crowd, like they did today! 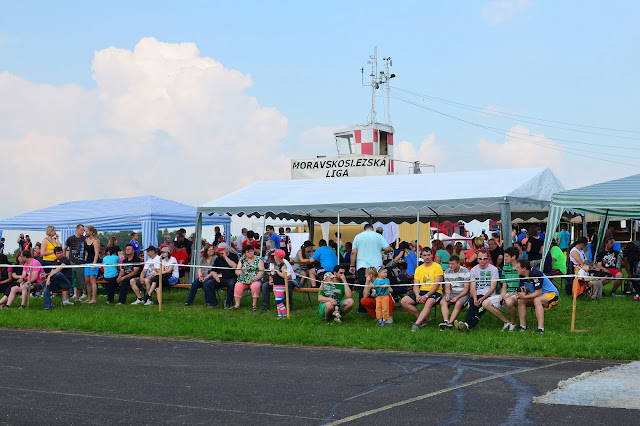 But today's event had nothing to do with airplanes! 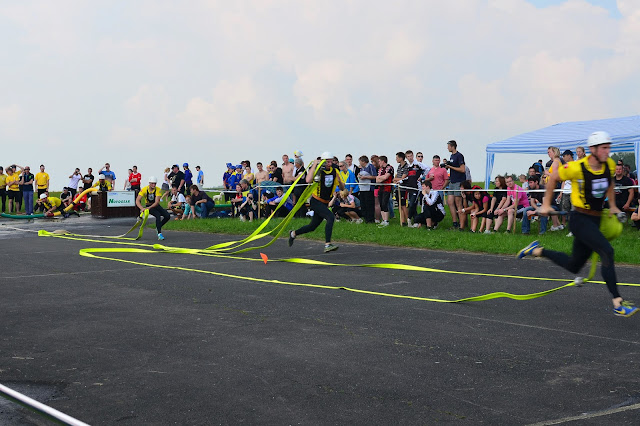 It's the fireman's brigade hose competition!

I've seen guys practicing in the village of Malenovice, across from the fire station. Boy, do they hustle! 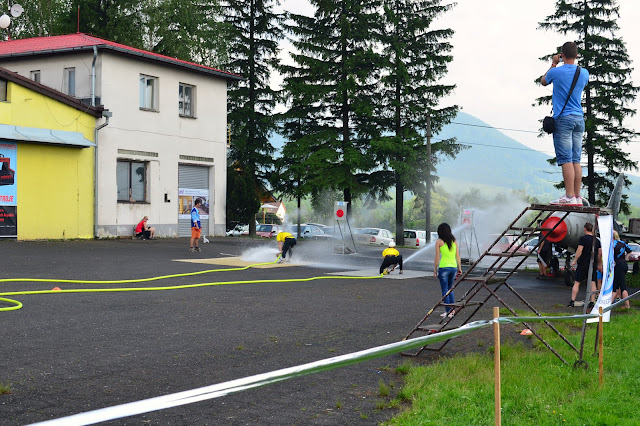 While it's a little hard to actually explain, the point of the competition seems to be racing to a generator, hooking up hoses, racing them down the way, turning on the water, and being the first to hit the target. See who won?! 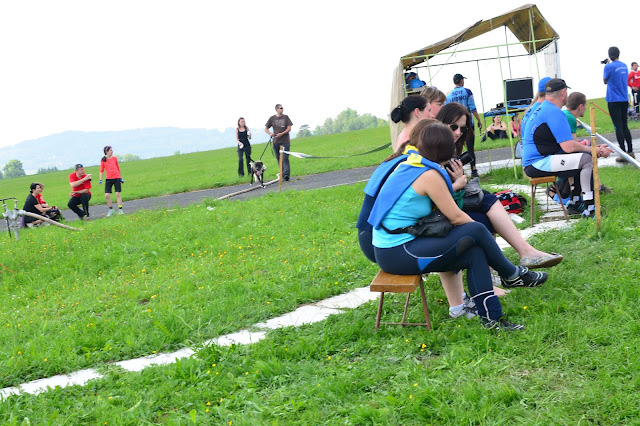 Teams from all over the area were there to compete. While I don't know who won, it was actually a lot of fun to watch, along with the crowds!

You never know what might be happening down the road at the airport!
Posted by Unknown at 5:19 PM