When our flight was cancelled last night, we had to spend the night near the Denver Airport so that we could leave on a shuttle at 4:30 AM. 😳

Hoping we'd make our rebooked, but only standby, flight, we joined the rest of the early morning crowd to go through security. 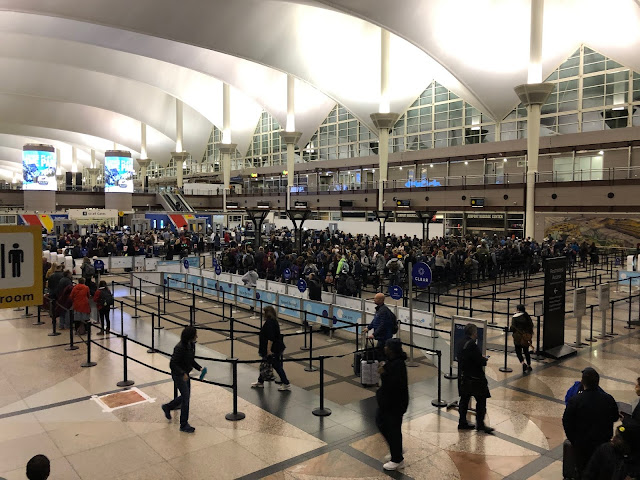 But alas, arrived at our gate to find out the flight was delayed by an hour. So much for getting up at 4 so we'd be there on time! 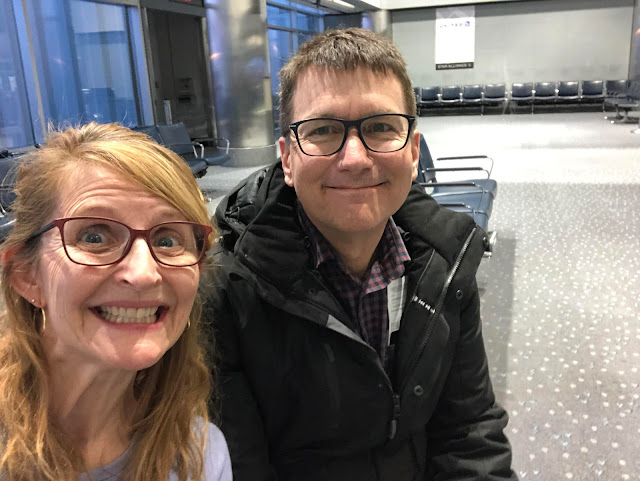 The gate filled with passengers, who all eventually boarded the plane and left not one seat for those of us on standby. 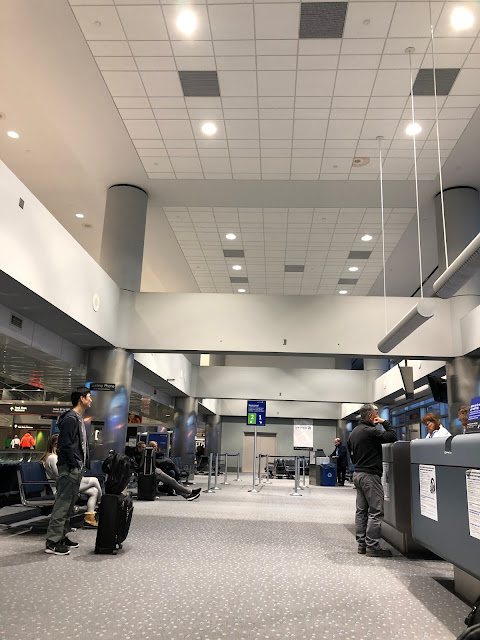 The trouble is, this is a flight to Jackson, Wyoming, where they have gotten four feet of snow in the past few days.

Other flights have been cancelled too, so any and everyone who had a seat needed to get on this flight because they don't know when there will be another break in the snow to make it there.

With no seats available the rest of today, nor tomorrow, Dave called our friends in Jackson to talk through potential solutions. And this is where our Valentine's Day got funny! 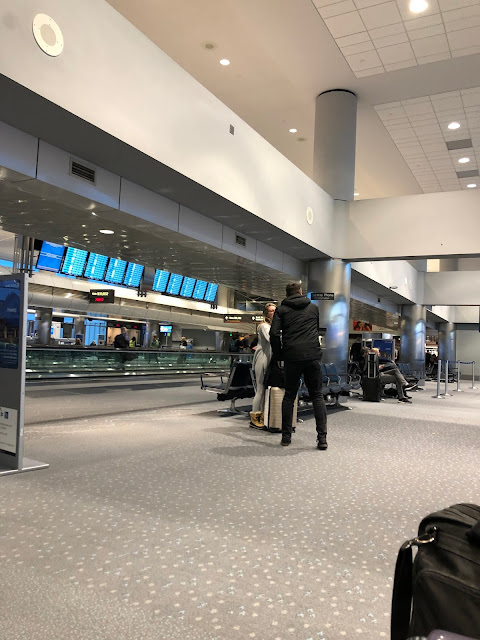 In an amazing turn of events, our friend knew of a private jet that had unexpectedly flown to Minneapolis last night, and was due to return to Jackson today. She called to see if they could divert to Denver and pick us up and the answer was yes! And not only that, but said if we wanted to invite someone else to fly with us, we could. 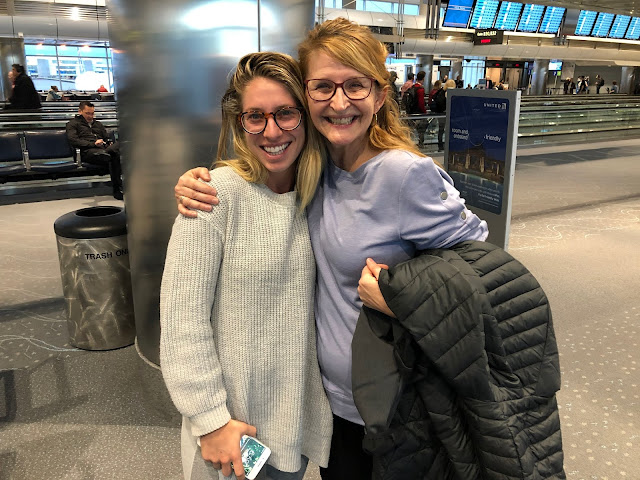 This dear woman had been trying to get to Jackson for three days, and was going to give up and go back home. But when we offered to have her come along with us on an adventure, we waved goodbye to the commercial flight leaving for Jackson, and headed out to find our other ride there! 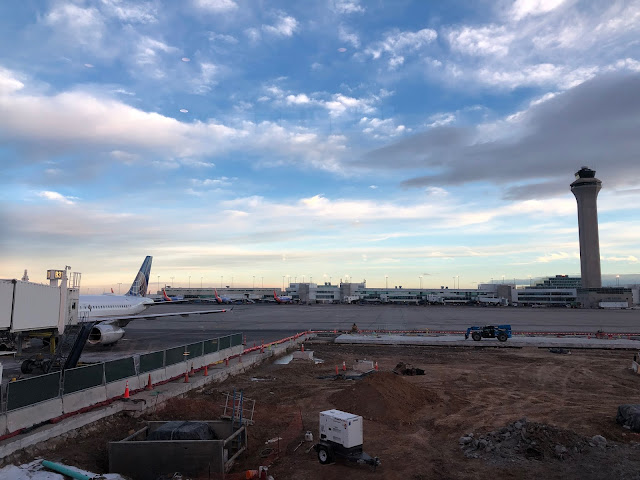 Instead of flying from the Denver Airport, we took an Uber to a small airport 45 minutes away. 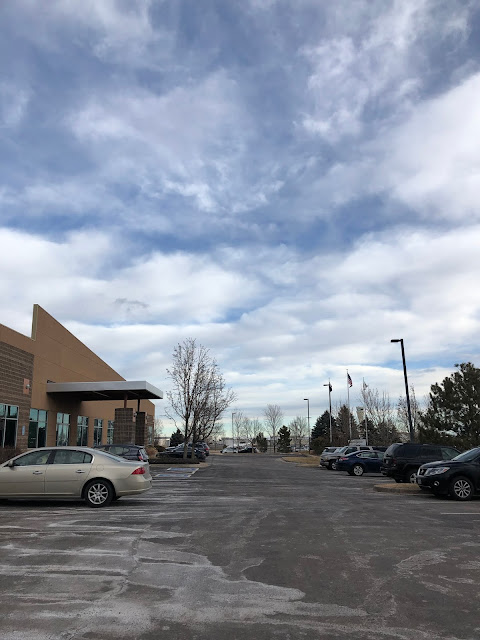 There we were told that the flight was logged in to arrive, but wouldn't be there for at least four hours. So we settled in to wait, having a sweet time of conversation and connection with our new friend. 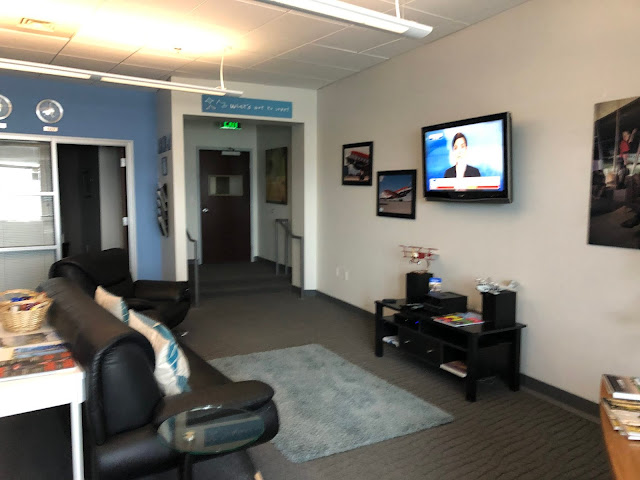 Hardly believing this was happening, we all headed out to the plane when it arrived! 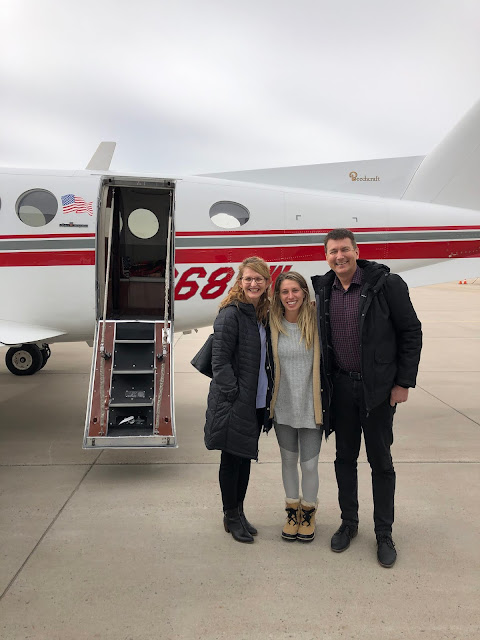 The last time I was in a plane this size was when I was in 6th grade growing up in Coburg, Oregon! 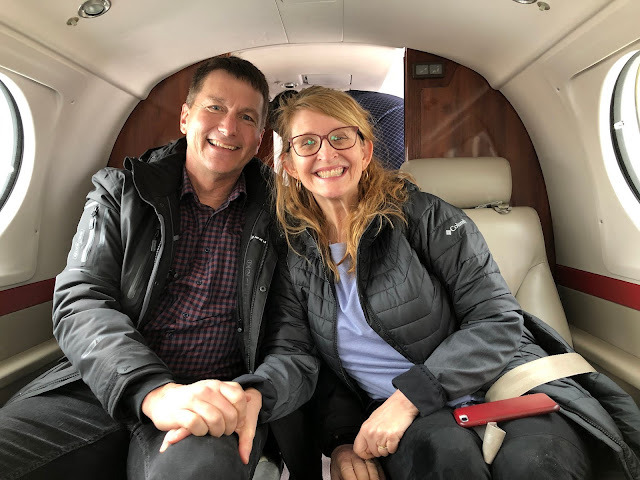 Would you believe my sixth grade teacher arranged for our whole class to go up, in twos and threes, in a private airplane? That sure wouldn't happen today!

The pilot, co-pilot, our new friend and us, took off for the two hour flight to Jackson, feeling very blessed that we were going to make it there. 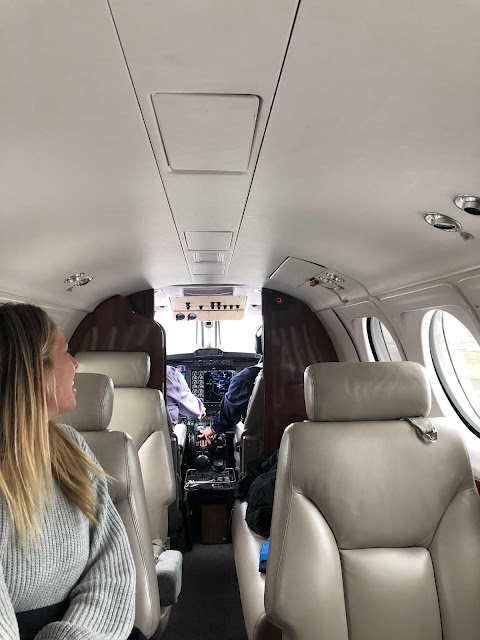 We arrived into a winter paradise, with snow falling as we deplaned onto the runway. 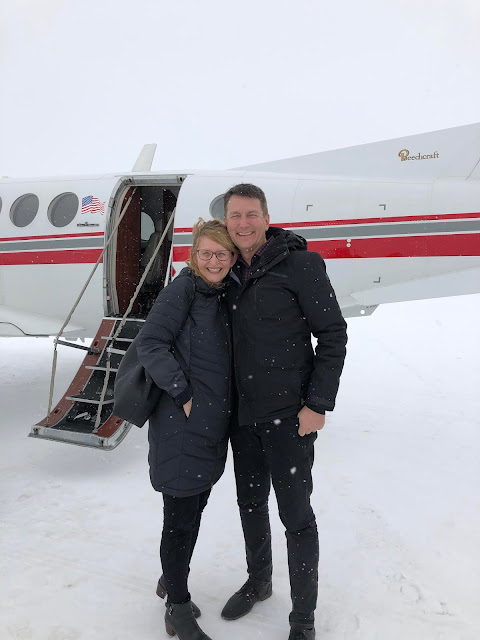 We were able to drop off our new friend at her friend's house, marveling again at the miracle that allowed us all to get here. 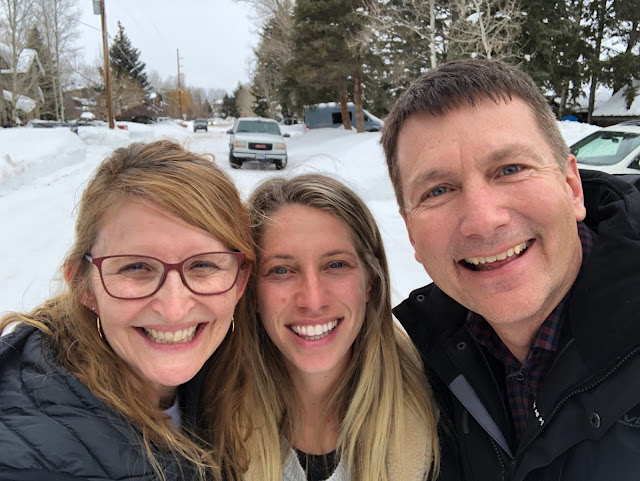 The snow here is absolutely like nothing I've seen! It is SO DEEP!!! And of course very beautiful everywhere you look. 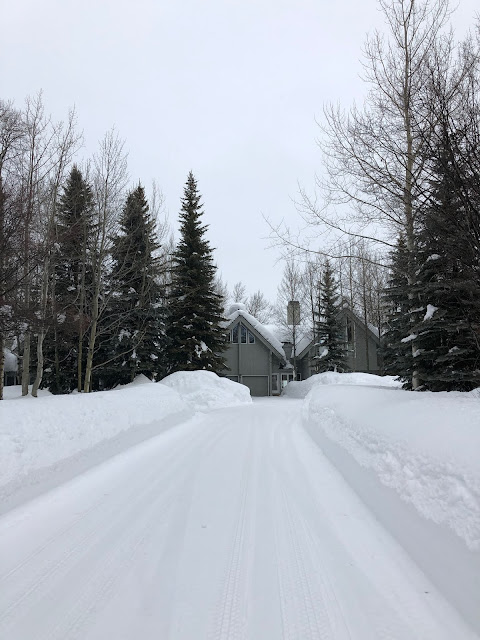 A box of Valentine chocolates awaited us when we arrived, from our dear friends that we are visiting for the next few days. They couldn't have been a sweeter end to this amazing, funny Valentine's Day! 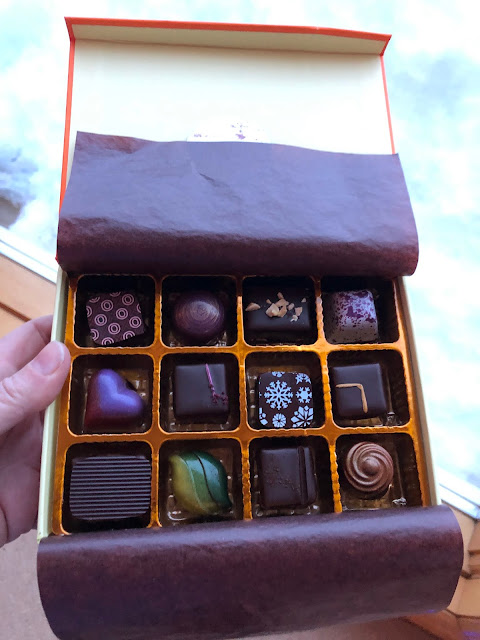