Oh my...that was a short night! 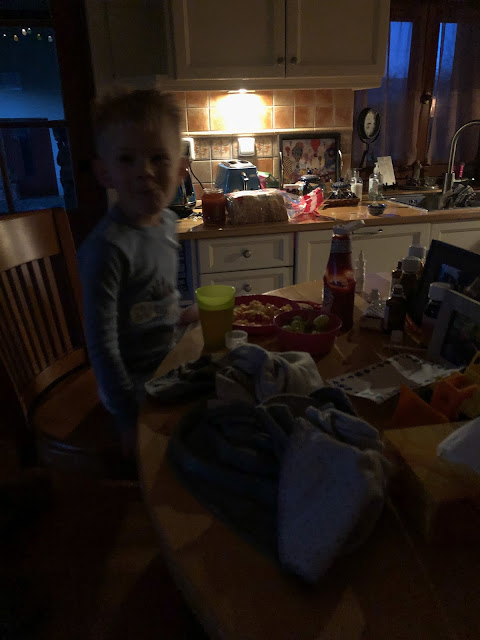 Judah and Asher, our grandsons who live nearby, came to spend two days with us while Tyler and Lara are on a getaway together. They came with fevers and coughs, but happy to be at Nonnie and Papa's house.

Even though they were coughing all day, they played well and I hoped (and prayed!) that they would sleep well. 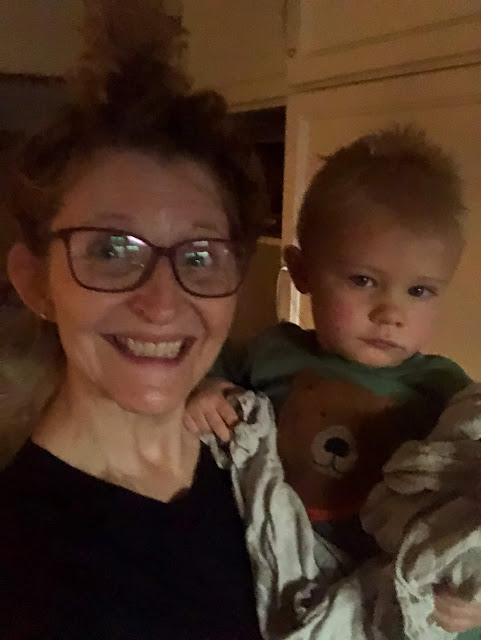 From 2:30 AM on, I was up and down with one or the other - I never went back to sleep once Judah was fully awake at 5:30, and we were having scrambled eggs together in the kitchen...in the dark!

Asher was awake at 6:30, and really didn't feel well. I gave Judah a little project to do... 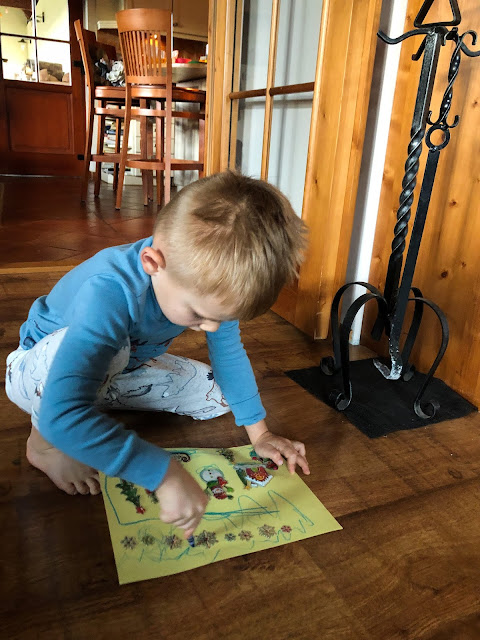 ...while I held Asher to let him sleep a little bit more. 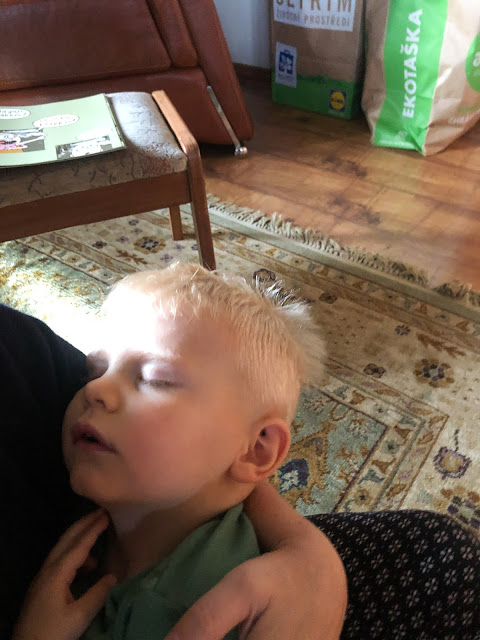 But by mid-morning he was feeling a little bit better, and Judah was happy to capture that in a picture of us! 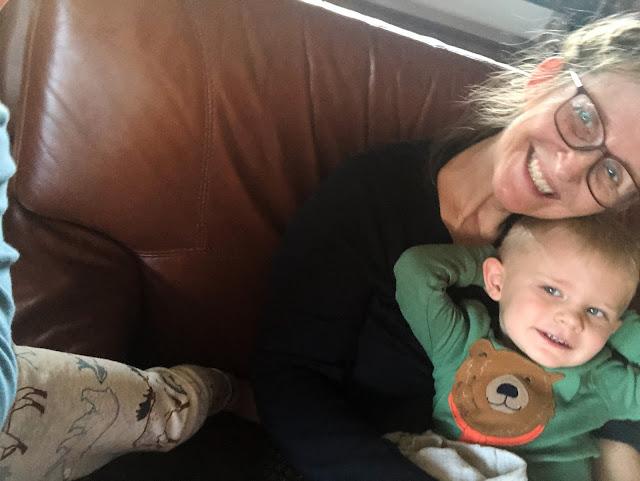 And take a selfie of his happy face (he was definitely feeling better!). 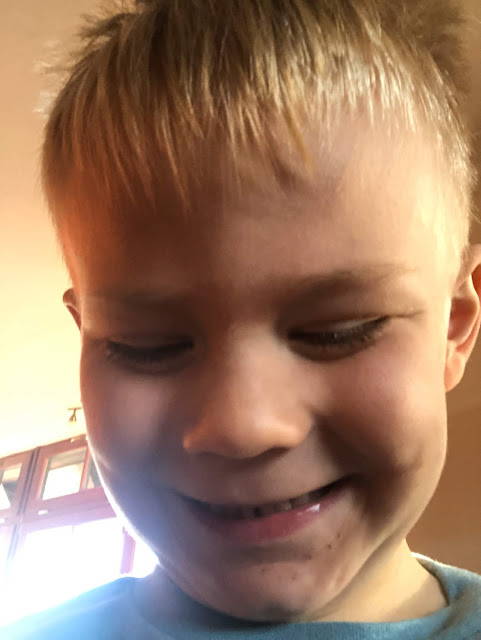 A mid-morning break for yogurts helped to perk Asher up. 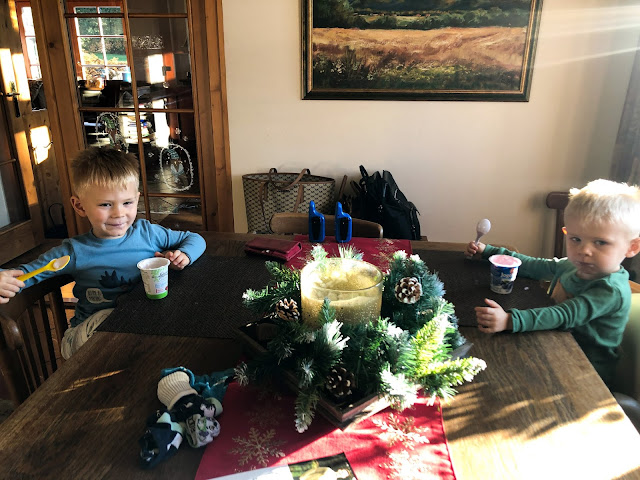 And not too long afterward, they were enjoying flashlight wars! 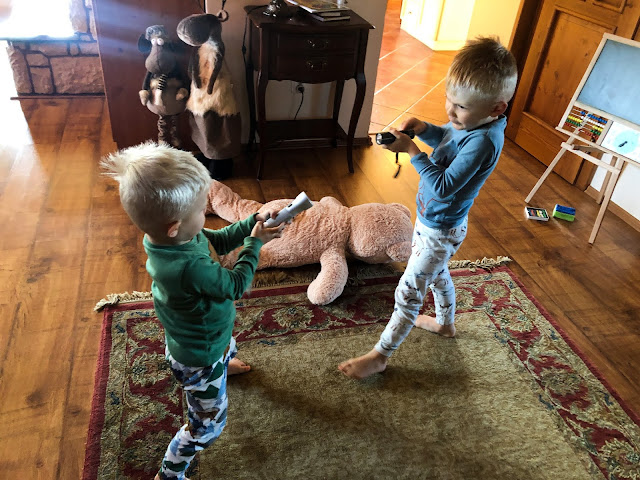 Dave was outside working in the yard, tucking it in for the winter today. 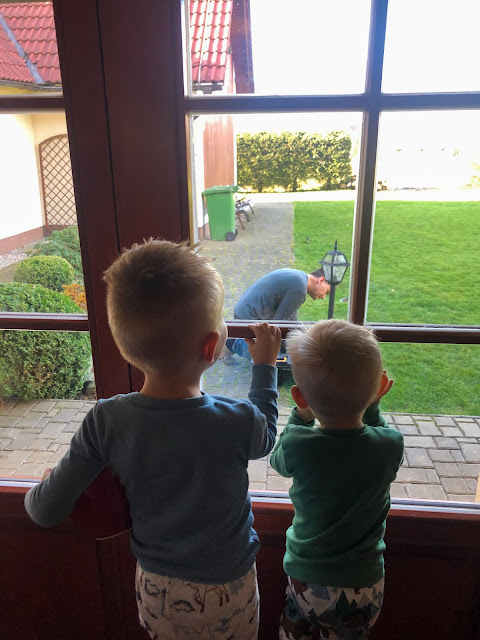 And while the boys both would have loved to be outside with him, today they didn't even ask to go out, but were satisfied watching him from the front door.

He did come in for "Papa time", which made them happy! 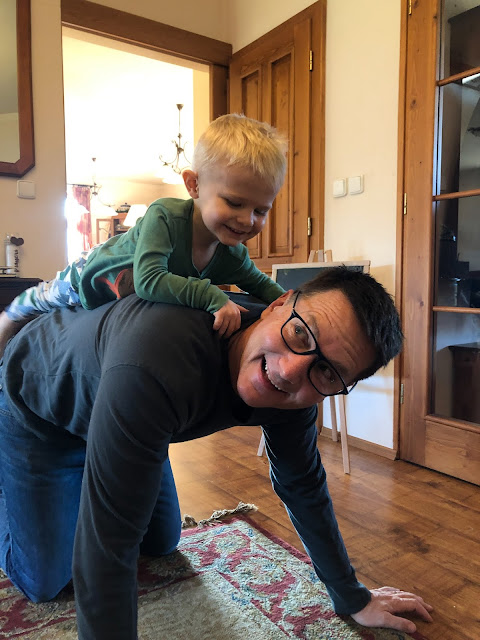 The afternoon went by quickly as they happily played with blocks, making cities, towers and roads. 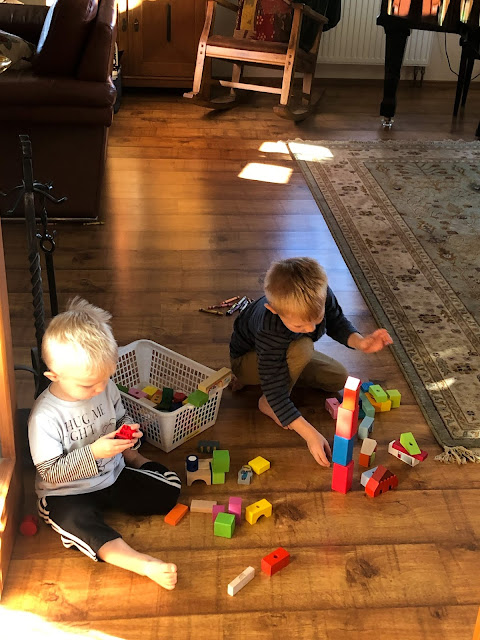 And Judah was quite pleased with himself for using every single block to create the city, complete with cars, animals and people mixed into it! He's a clever one, using all the things we had to put it together. 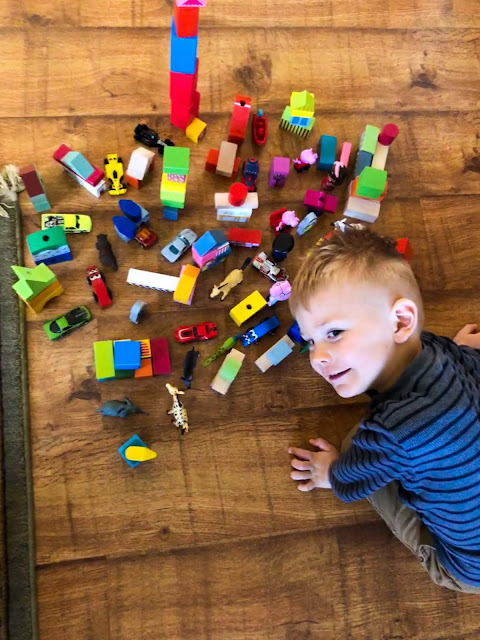 Claire came over in the late afternoon to help me gather all of the boys' things, and then drive with us into Ostrava so that they could go to sleep in their own beds (I'd told Tyler and Lara not to rush, but come home late so they'd feel like they had two full days away).

Asher had taken a good nap in the afternoon, but Judah hadn't slept...until he fell asleep in the car on the way to Ostrava. 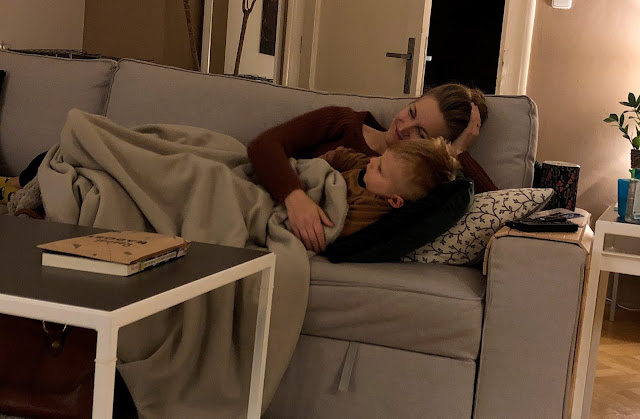 Lara wrote me a text to say they would be home at 10:45 and wanted to know if the boys had gone down okay.

This was my reply. 😂 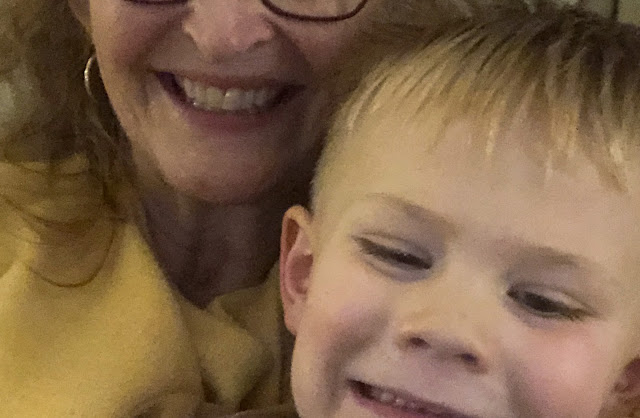 But about ten minutes later, he finally started to nod off, and went right to sleep after I tucked him into bed!

It was precious to have these past two days with Judah and Asher. My heart is so thankful to the Lord for his kindness in bringing their family to live nearby and serve with us in Josiah Venture!
Posted by Living By Lysa at 11:30 PM