Thanks to a conference that we're headed to in Sweden tomorrow, Dave and I took the train to Prague this afternoon, which gave us a front row seat to something very special that was happening there today. 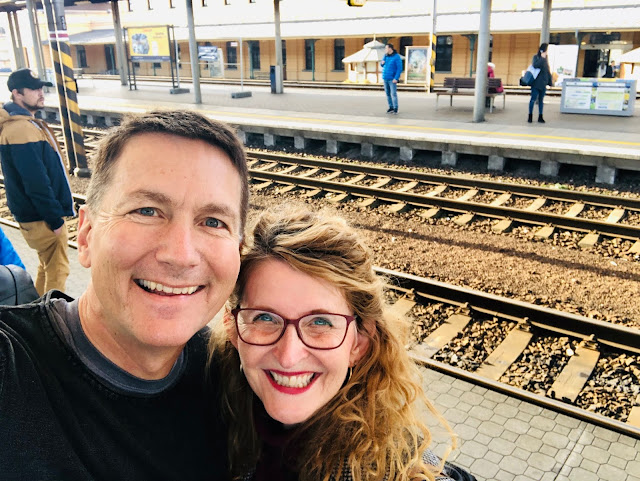 November 17th, 2019 marks the 30th anniversary of the Velvet Revolution, the event that led to the removal of the Communist government in Czechoslovakia in 1989.

Called the Velvet Revolution because of the non-violent transition of power, it began with a student demonstration marking the 50th anniversary of a violently suppressed demonstration against the Nazi storming of Prague University in 1939 where 1200 students were arrested and 9 killed.

The demonstrations fifty years later, in November 1989, sparked a series of demonstrations from 17 November to late December which turned into anti-communist protests that eventually toppled the oppressive government of 41 years. 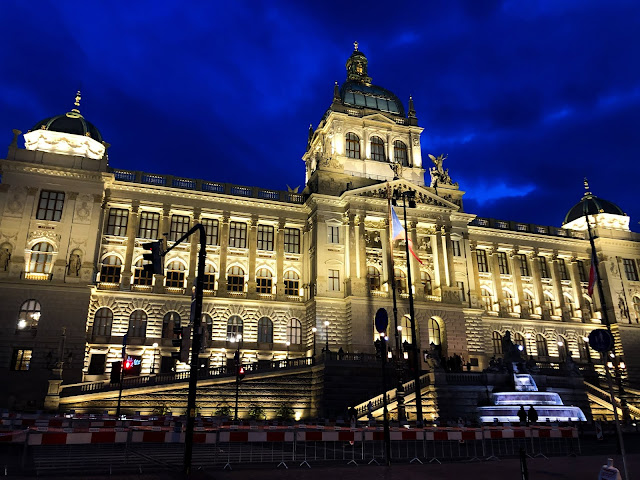 It was more emotional than I expected, to walk from the train station to the National Museum, and on to Václavské náměstí (Wenceslas Square) where some of those protests took place 30 years ago. 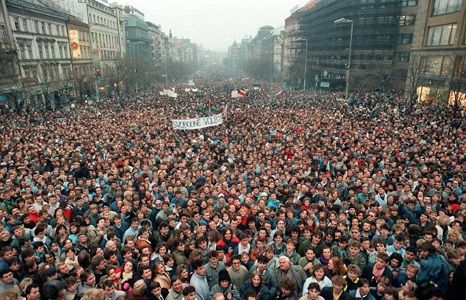 And from where Václav Havel, a dissident playwright and former political prisoner, stood addressing the crowds from a balcony on that very square on November 24, 1989. 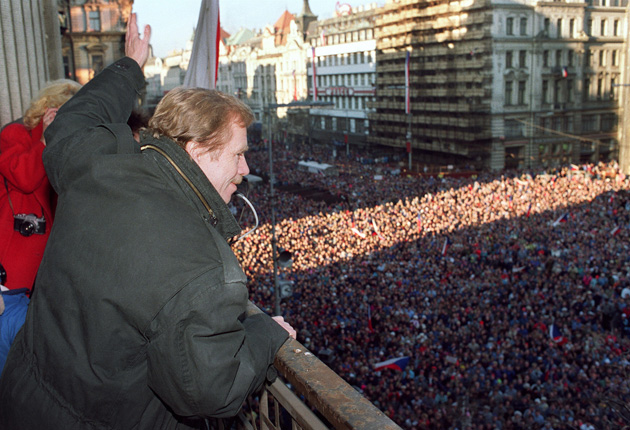 In just one month, in an amazing turn of events, Havel was appointed as President of the country by the Federal Assembly, and Czechoslovakia became a democracy. 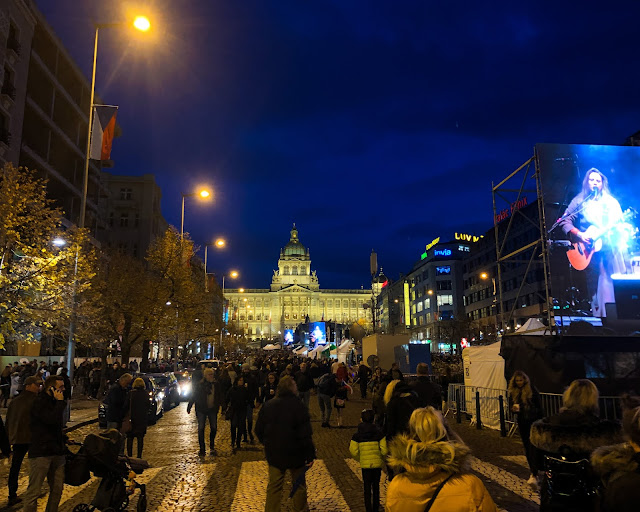 Celebrations of that event took place all day in Prague, culminating with a large scale program on the square where some of those life-altering and remarkable events took place thirty years ago. 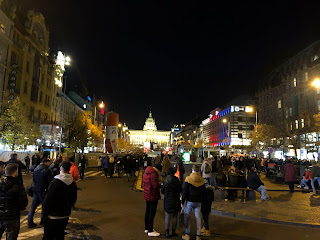 When the moderator of the evening program asked everyone (estimates say there were 20,000+ people there) to turn towards the balcony where Havel stood thirty years ago, tears began to stream down my face as they shouted, "Ať žije Havel!" 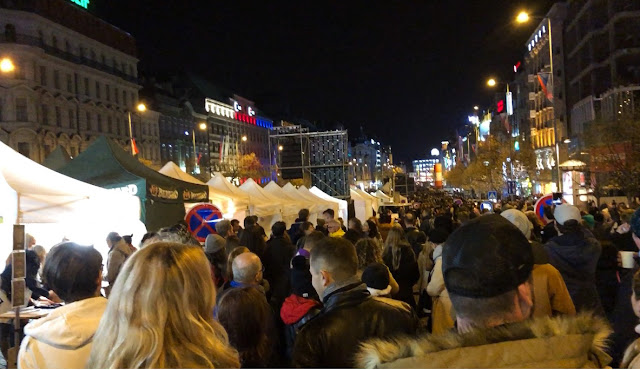 I don't pretend to know all of the details of what happened thirty years ago in this country, or details of the politics since then.

But I have read, seen and heard about the courage and strength of the Czech and Slovak people as they stood for their freedom thirty years ago; I'm so thankful to have lived here for 26 years, living life alongside some of those people. 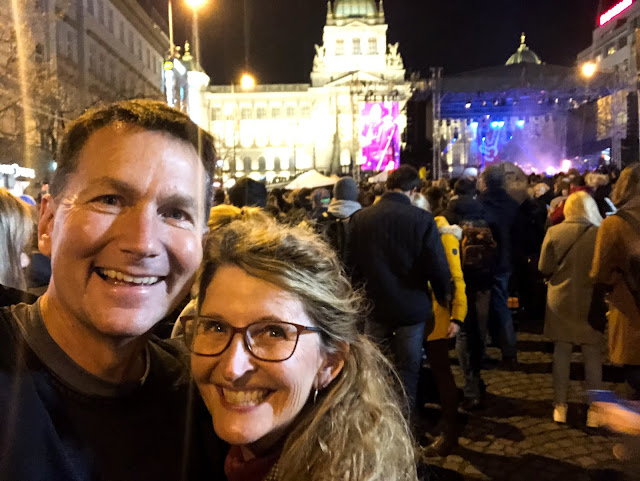 We know people of that strength and courage today, who are fighting for a different kind of freedom, as represented by this brave man out on the square this evening!


It was so loud on the square that we could only smile and give a thumbs up to him. But I love that today there are many believers in this country we love so much, who know where real freedom is found!

We took the tram to head out to the airport where we're staying tonight, and I loved seeing this patriotic teenager, carrying the flag of her country, and wearing the ribbons that had been handed out all day in commemoration of the anniversary. You saw them everywhere you went today. 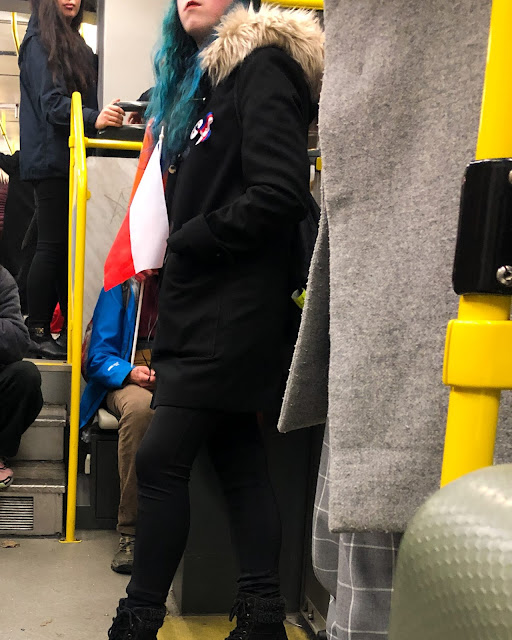 Being patriotic too of our beloved adopted country, we proudly wore our ribbons throughout the evening, and all the way to the airport! 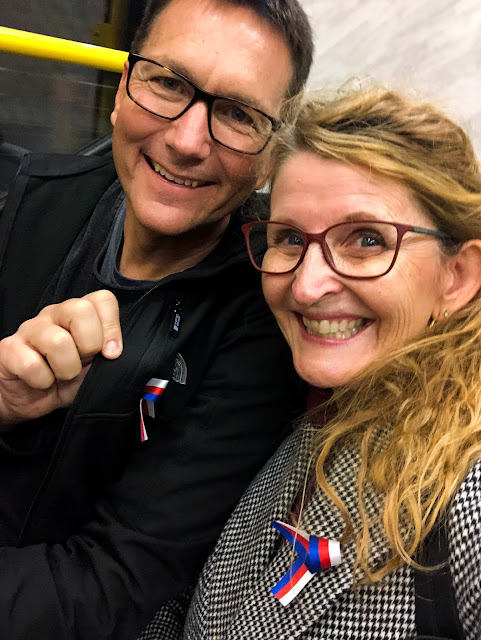 The Velvet Revolution changed the course of life in Czechoslovakia (which separated into two countries, Czech Republic and Slovakia in 1993, the year we moved here); and it changed our lives as well.

Had those courageous Czechs and Slovaks not stood up for their freedom, we wouldn't be living here today, able to freely proclaim the Good News of Jesus to a whole new generation!
Posted by Living By Lysa at 10:30 PM