Overnight with the Boys

A few months ago Tyler and Lara asked if I would watch the boys, our grandsons, for an overnight so they could have time away together.

Today is that day! 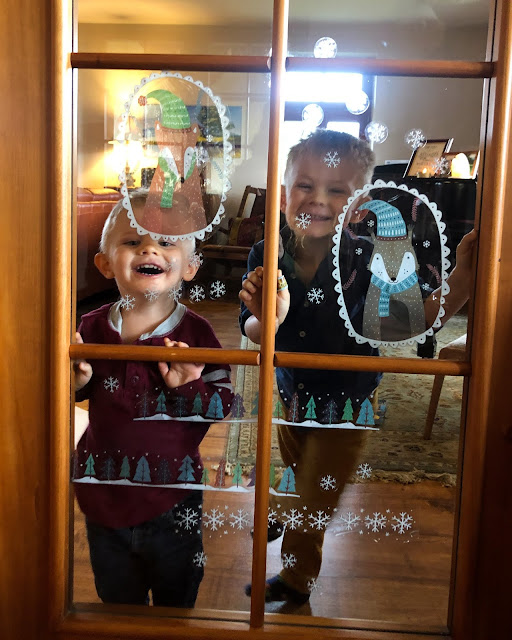 They dropped the boys off this morning and won't be back until tomorrow night. 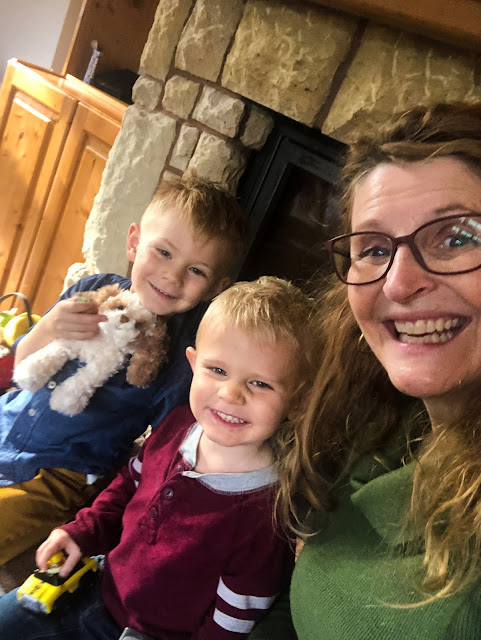 So we got started on the fun right away! 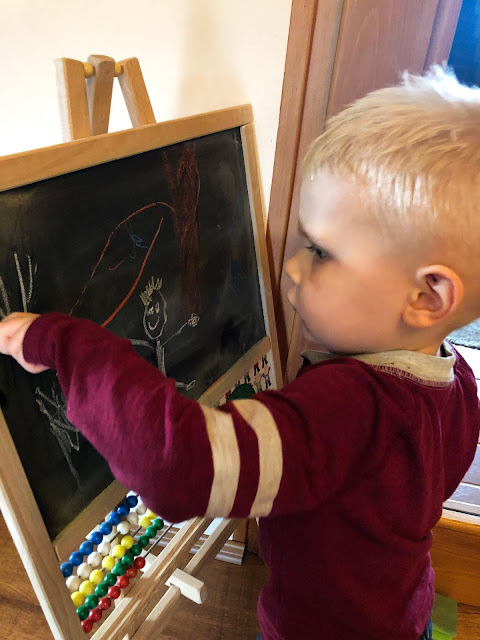 It's been really special to watch these little guys grow up, since they've lived by us for nearly two years now. The first time I kept them, Asher was just seven months old, and Judah had just turned two.

Their level of play has definitely changed since then! 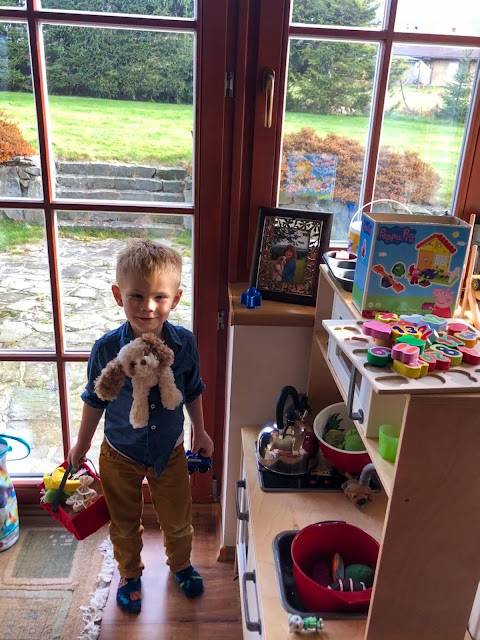 It's especially sweet to see them playing together, now that they're old enough for that! 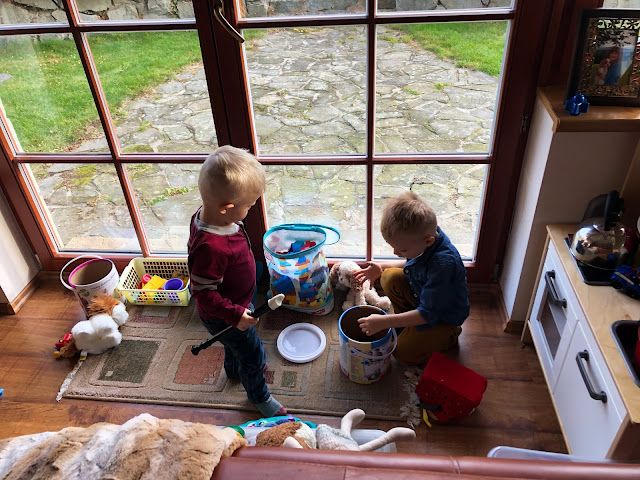 Before they arrived two years ago I started collecting toys to have at our house for them, and for Charlie who lives in Albania, but comes up several times a year with Caleb and Haley to see us. It's been so interesting to watch the things they gravitate towards!


Since their recent memories are of the summer, and how we'd have picnics outside, that was what Judah came expecting...to sit outside for lunch.

We compromised with this alternative! 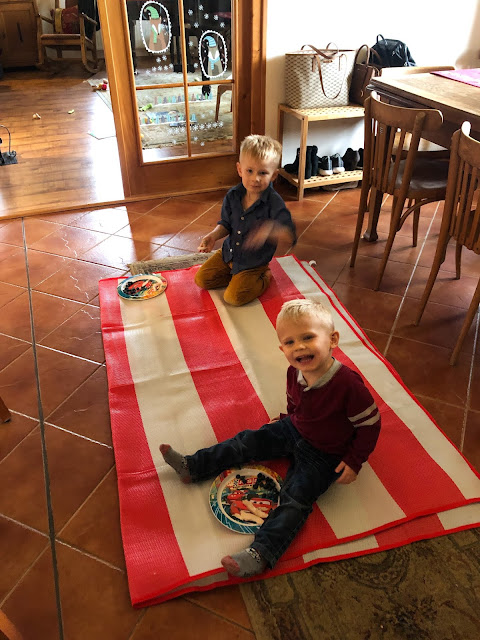 Looking at both boys you'd never know that they came with fevers and coughs...poor guys! Asher was worse than Judah. Though his body needed a good long nap, the cough didn't let him sleep more than an hour, so he wasn't feeling great when he woke up. 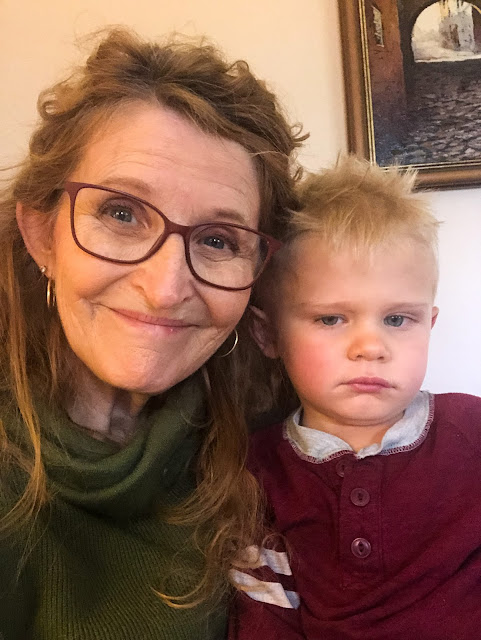 Both boys love to be outside at our house (they don't have a yard in Ostrava), so wanted to go out to explore. 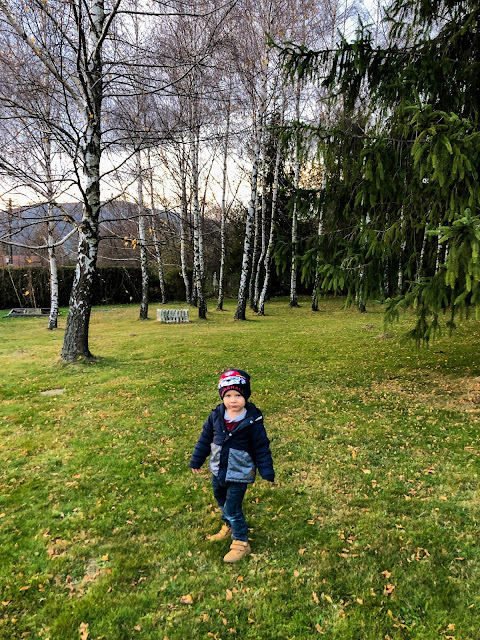 It was chilly outside, and I didn't know if wisdom was to stay in or go out, since they're sick! But in the end, we went out... 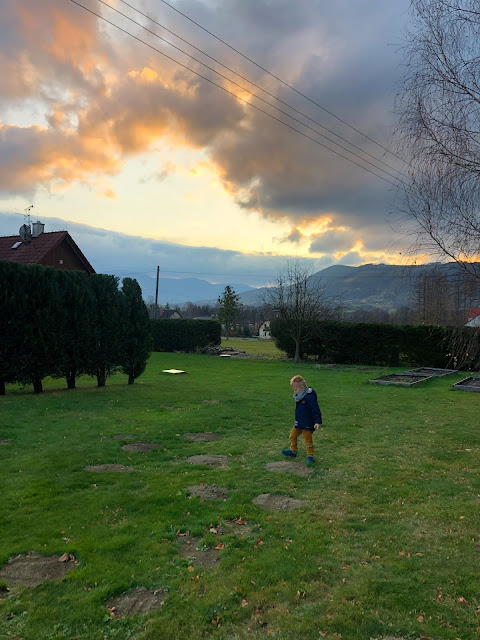 For about ten minutes!

Long enough to wander the yard and look at the mole holes, and give Nonnie a push on the swing!


Once back inside, tea and cookies warmed us all up! 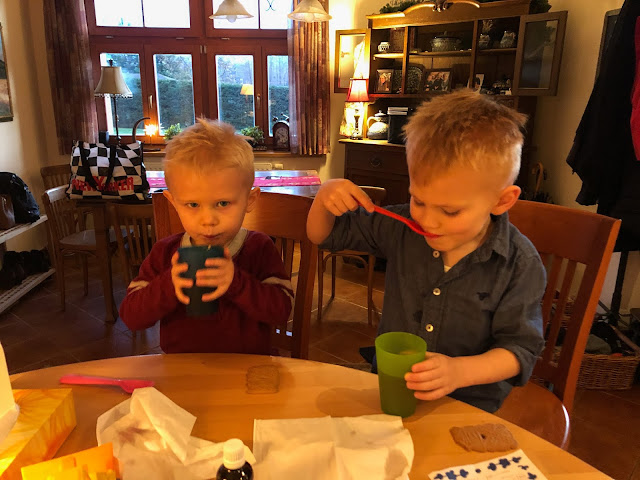 After tea, they asked to go up to my room, a favorite spot of theirs.


One of Judah's favorite things to do in here is play "Shoe store"! He pulls out shoes from the closet and lines them up to sell to Asher and me! 😂 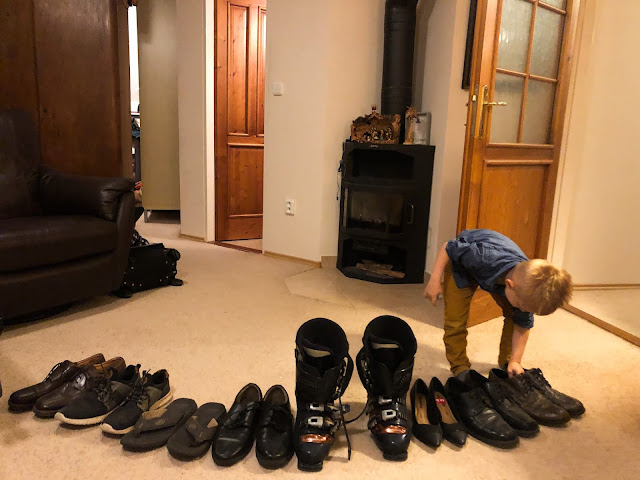 By dinnertime, both boys were out of steam. Papa got home just in time to cuddle and hang out with them in the living room while I made dinner. 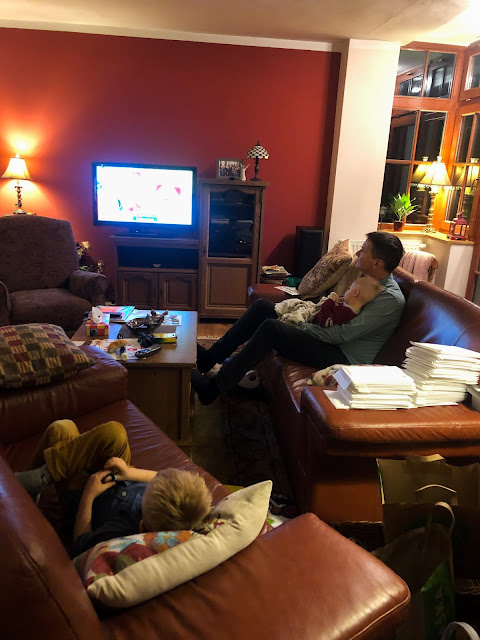 And after a nice long, warm bath, they were happily tucked into bed by 8. We'll see how nighttime goes with those coughs of theirs...hoping they'll get some good sleep so their bodies can heal.
Posted by Living By Lysa at 9:51 PM