This morning, I woke up to a text from Caleb saying they'd experienced an earthquake in the middle of the night in Albania, where they live and serve with Josiah Venture. 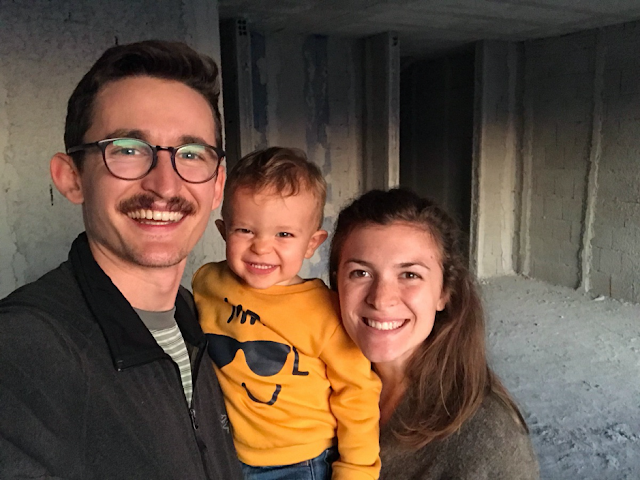 He sent this, to show me how big it had been. 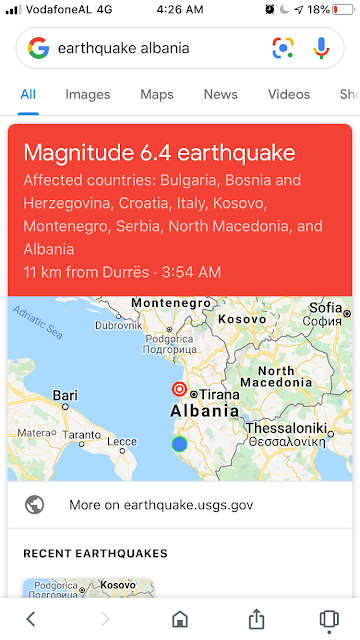 I didn't grow up in a place that had earthquakes so always experienced them as something on the news.

But now, it's a different story when my kids and grandson are there.

The epicenter, and concentration of the quakes (there were multiple ones) was one hour, by car, to the north of them in Vlore, in a city named Durres. 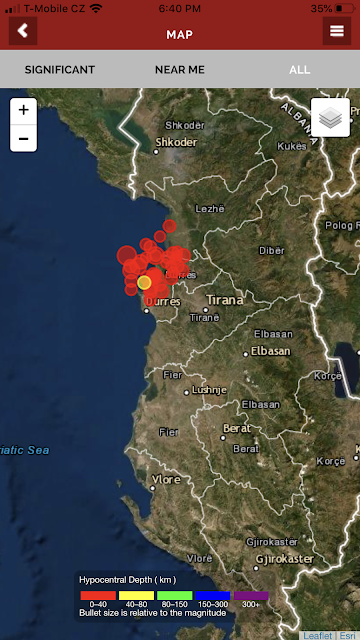 There are a number of people who have lost their lives, others are buried in rubble, and there are over 600 in the hospitals with injuries as many buildings collapsed or were significantly damaged in the quakes. 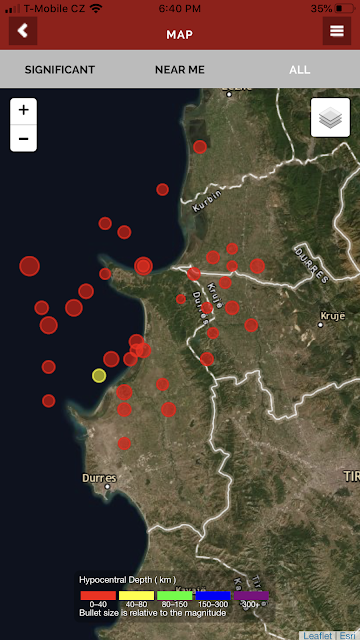 Caleb, Haley and Charlie are fine, though definitely felt the quake and the shock of it happening just "down the road" from them (the first time we visited them, we had lunch in Durres).

Pray for the people of Albania as they process this, and look for reasons to explain it. Pray that the Christians there will step in to care for people, both physically as well as spiritually, and that God will use this for the good, to bring people to Himself.
Posted by Living By Lysa at 8:00 AM