With this being our last week in Jackson, Wyoming, Dave has one more week to make progress on his book project.

After that we're on the road for several months so he won't have concentrated time to write again for quite a while. 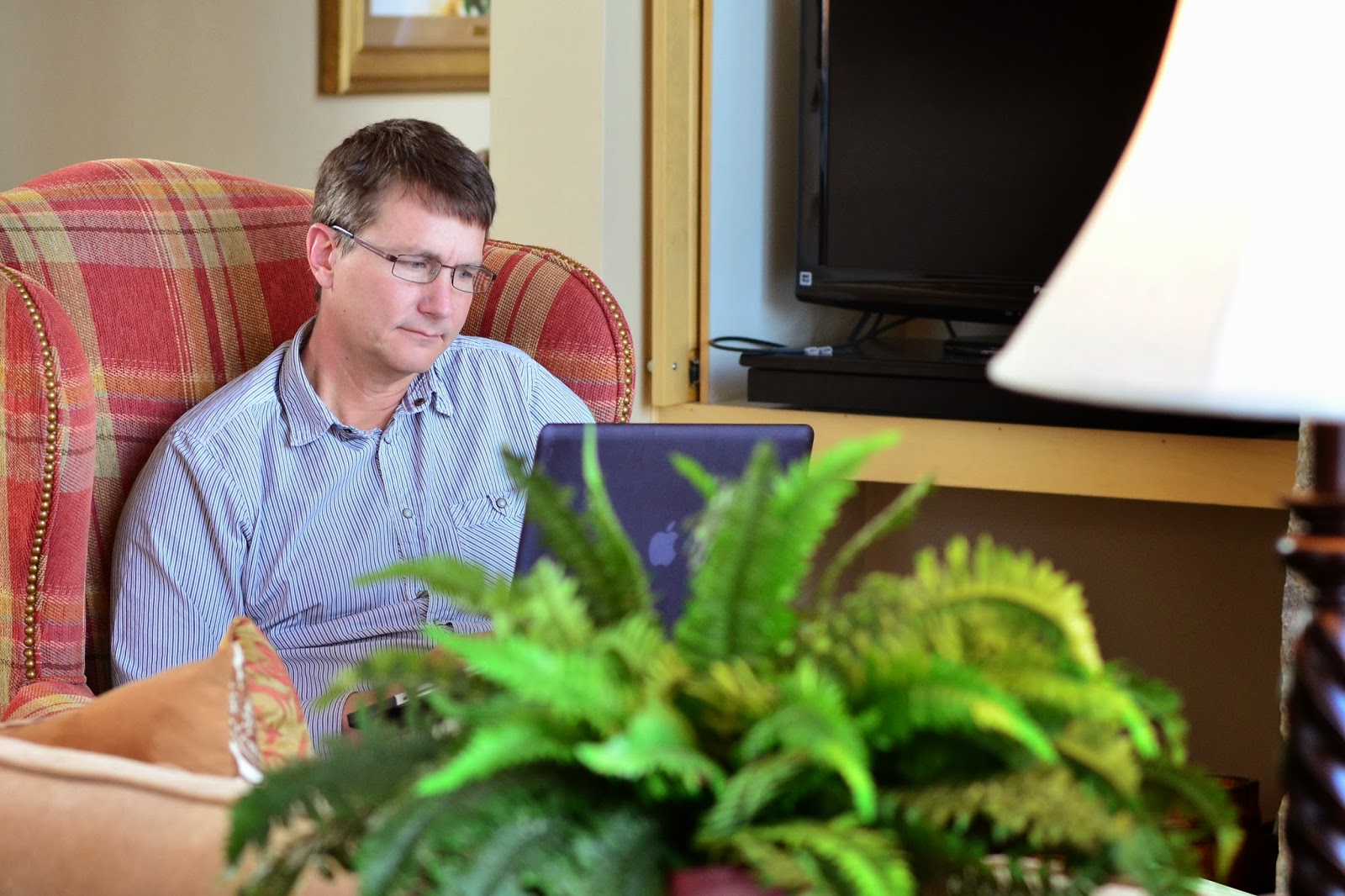 His goal this week? The last four chapters in his book. No small task! 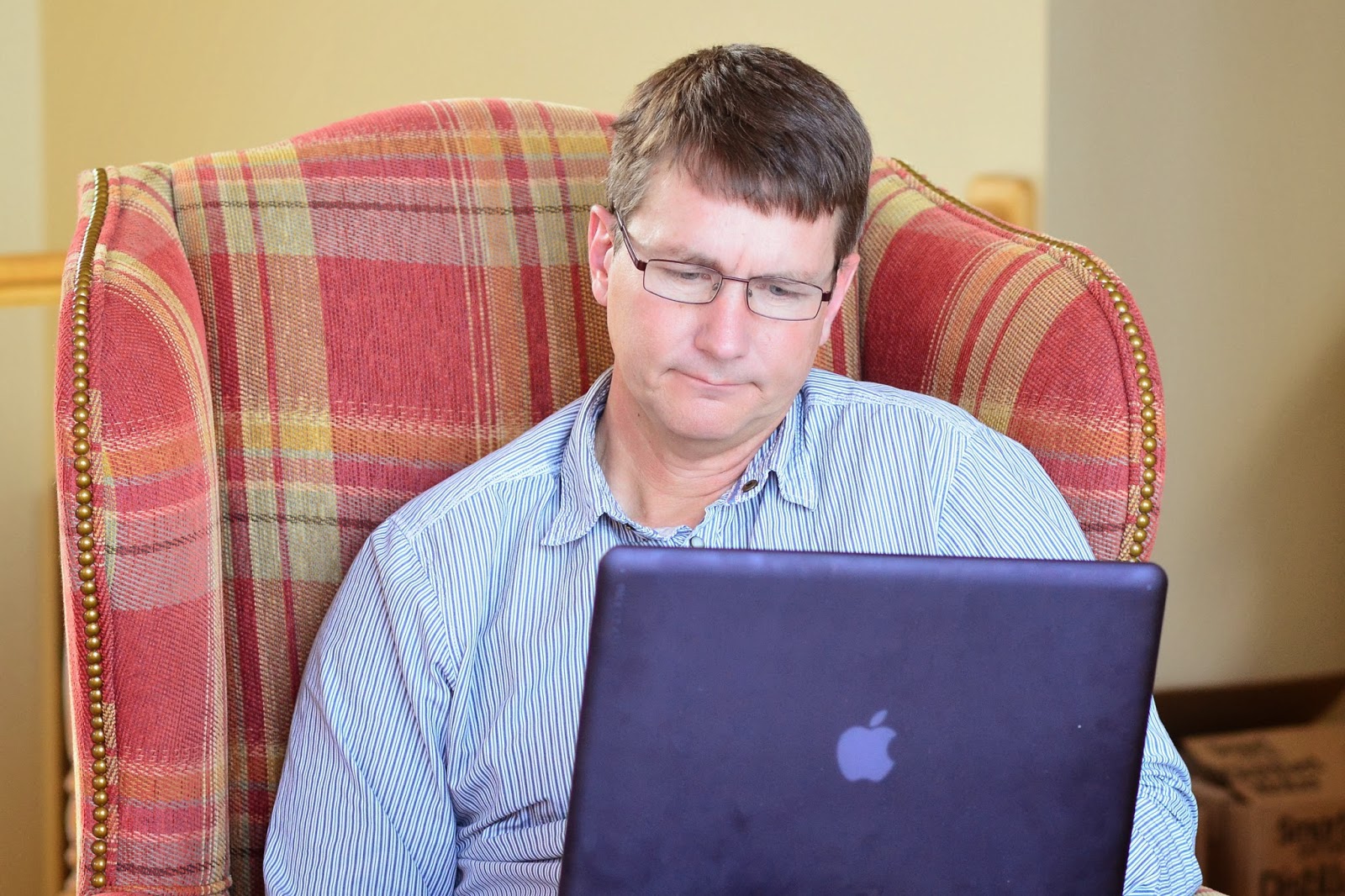 I tried not to disturb him as I snapped a few shots of him writing today. He's pretty much "in the zone" so I don't think he even noticed! 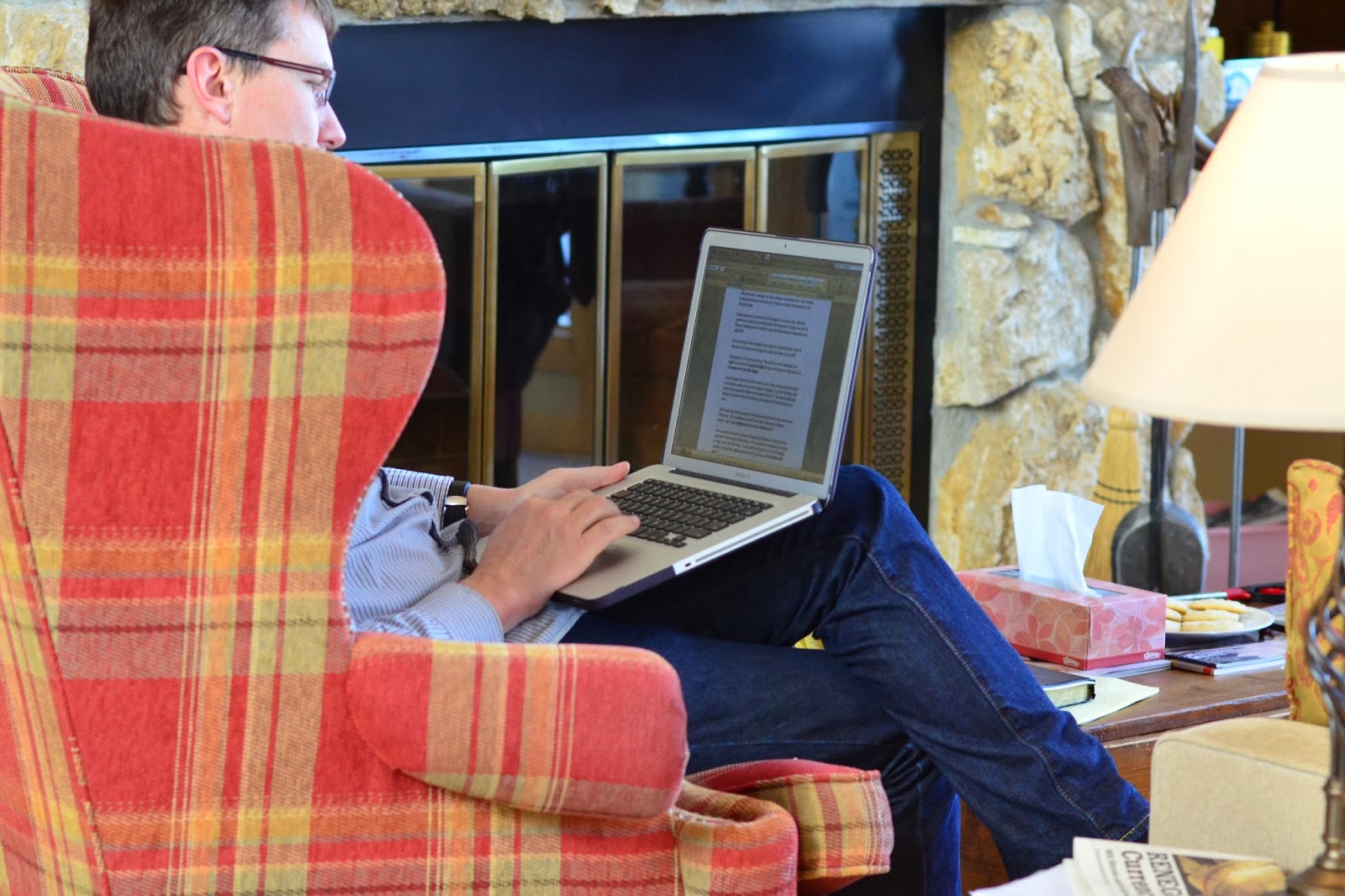 I believe his book has potential to make an impact on many lives. Because of that I am praying for him in these final days of writing, that the Lord will give him just the right words to write.

We both want them to be words that will speak to the hearts and souls of those who will read, so that God can bring about transformation in their lives.
Posted by Unknown at 10:38 PM