Sitting on the limestone theatre steps of Bet She'an, one of the most impressive and extensive excavations of an ancient city in Israel, we wanted to take a group photo before giving time to explore on our own. 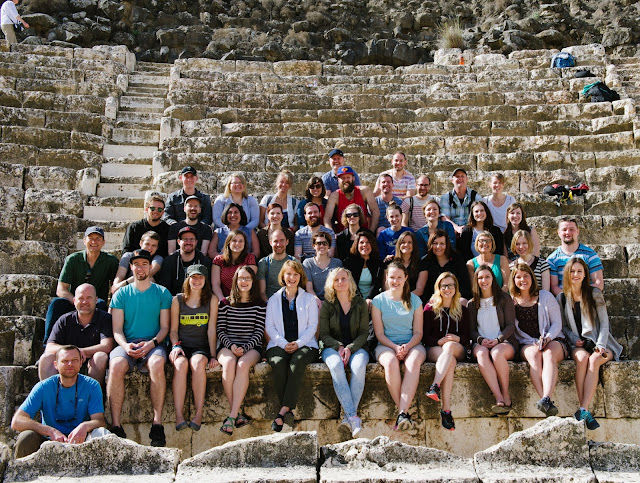 But that photo was taken AFTER this one! 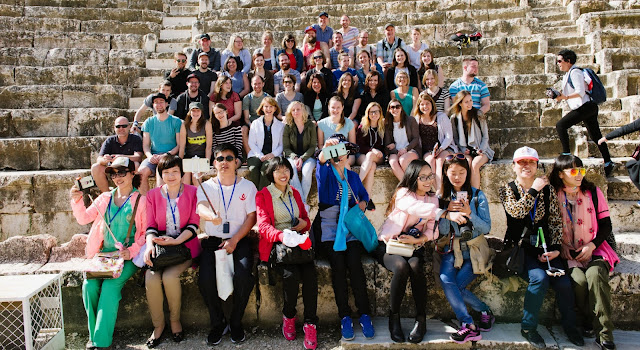 Just as our tour guide was finishing his historical background, an Asian group of tourists came into the theatre where we sat. When we started to line up for our group photo, first one, and then another and another, came over to be in our photo. Thankfully Dave had the camera and was able to capture that very funny moment!

Once we finally took a group photo by ourselves, many selfies were taken between their group and ours. It was just one of those fun moments on our Israel trip with the single missionaries of JV! 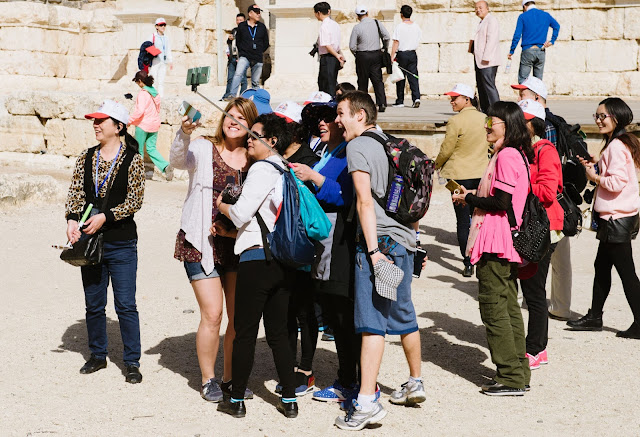 How many of those fun moments we have each day! 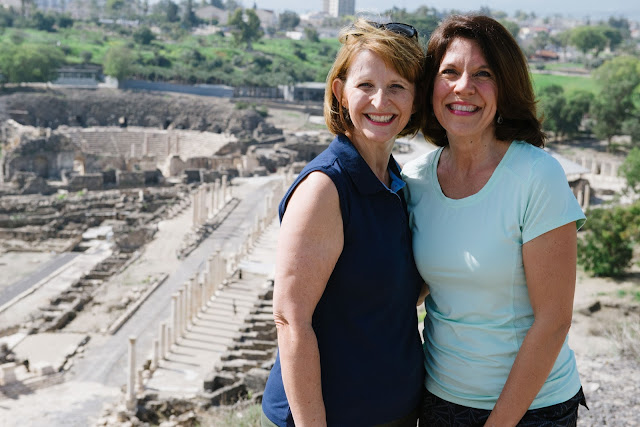 After leaving Bet She'an, we headed into the desert of Israel for the next significant portion of our journey...a walk down the Wadi Qelt. 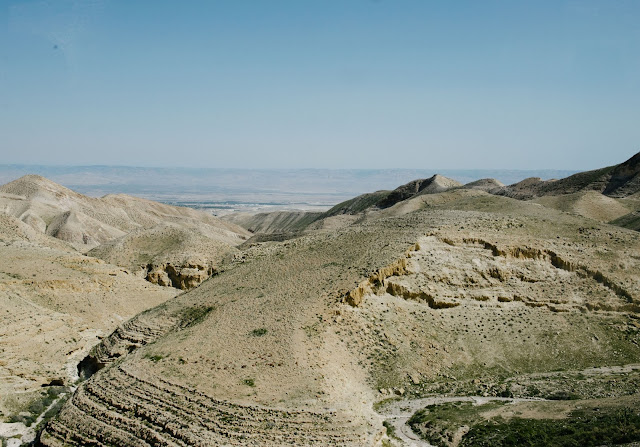 The Wadi Qelt, a valley and trail that runs between Jerusalem and Jericho, has a pretty awesome looking monastery built into the rock above at one point along the way. But that's not the coolest part about it. 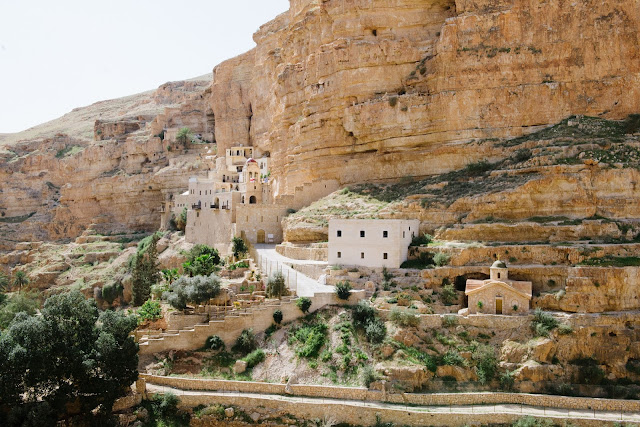 For SURE this is a path that Jesus walked when he traveled up to Jerusalem. And we got to hike three and a half miles of that path today! 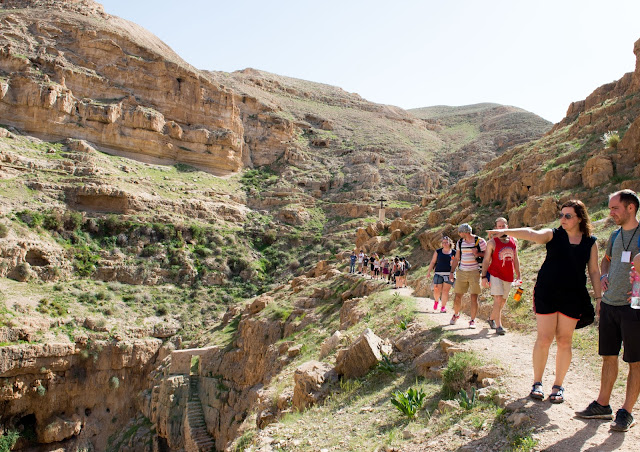 This is also the area where it is believed Jesus spent 40 days in the wilderness while being tempted. Of course we don't know the exact location, but it's thought to be somewhere in this vicinity.

This all makes Jesus SO real!

We stopped halfway down the trail so Dave could teach again, this time on the importance of withdrawing, as Jesus did, for time with his father and to pray. 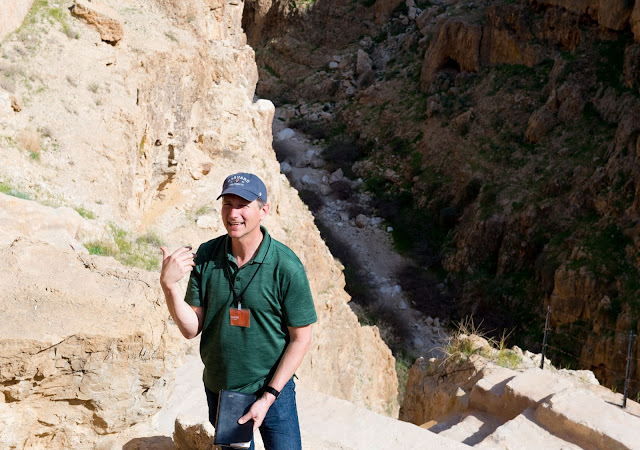 Tucked up into the rocks as we listened, we soaked in Dave's key thought: Withdraw to the Father's presence so you can return on the Father's agenda. 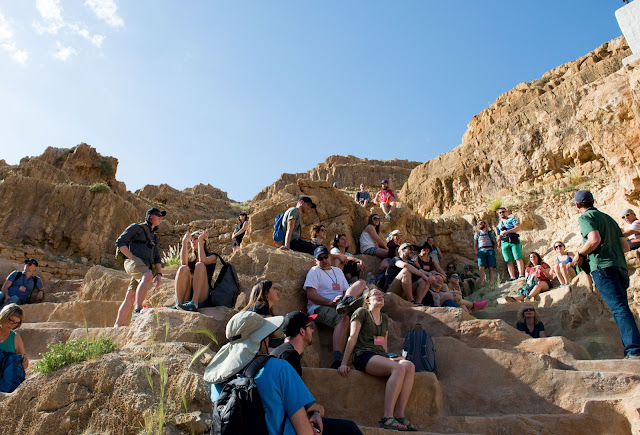 And then were given time to apply by finding our own little niche in the rocks for time alone. 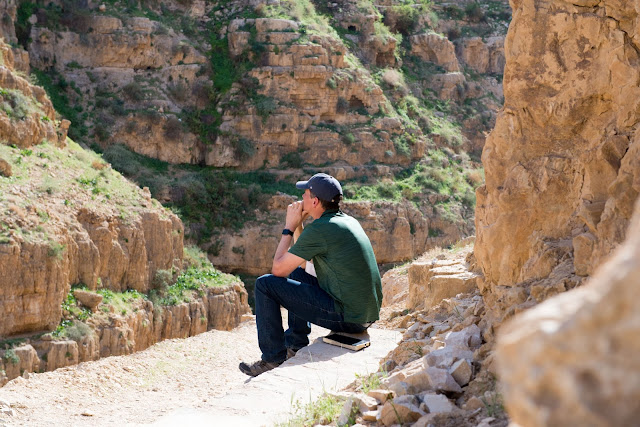 Being still in this place, with only the chirping of the birds, the scurry of the rock badgers, and the sound of the breeze whistling through the canyon, gave time and space for each of us to hear from the Father for ourselves. I think it's safe to say that every one of us would have liked to have stayed here for several hours, being quiet before the Lord. I've never experienced anything quite like it. 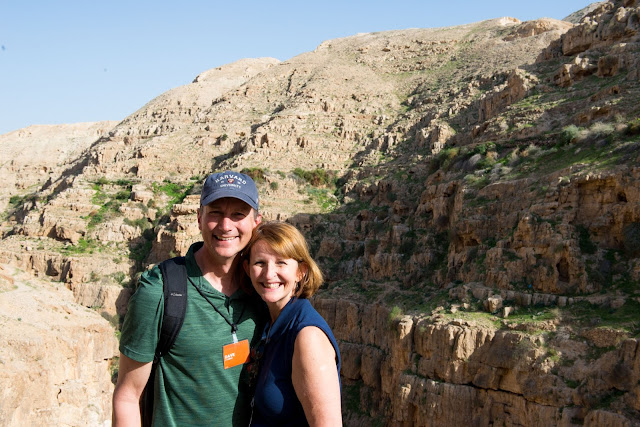 When Jesus and his family went up to Jerusalem when he was twelve, this would've been the path they took. Did you imagine it to be so narrow? Neither did I! It would have been a long, hot journey, with just a few donkeys to help you pack your supplies. 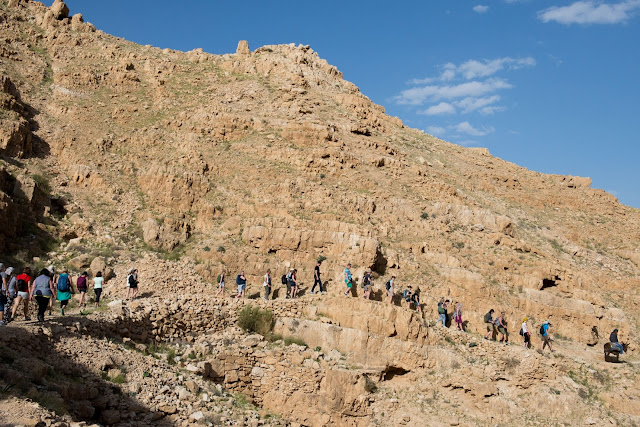 Finding one last spot to teach for the day, we landed here to talk about Jesus' six priorities in the first week of ministry after he was in the wilderness: prayer, building relationships, God's word, love, a correct conception of Christ and vision for the future. 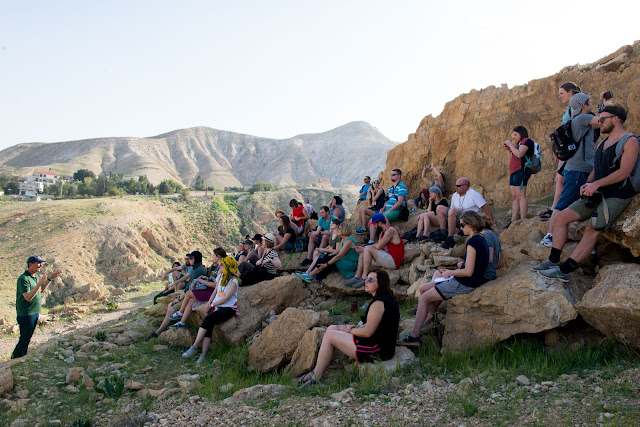 Dave spoke about how these are aspects of our lives and ministry that we constantly need to be aware of, and know from the Lord when to apply and live out.

He ended with this tip: "Know what time it is!", meaning you need to ask the Lord which one he wants you to focus on right now.

As we hiked out of the Wadi Qelt into the outskirts of Jericho where we are spending the night, I truly felt I'd been with God: walking where he walked, talking with him, soaking in his presence and spending time with his people.

It doesn't get much better than that! 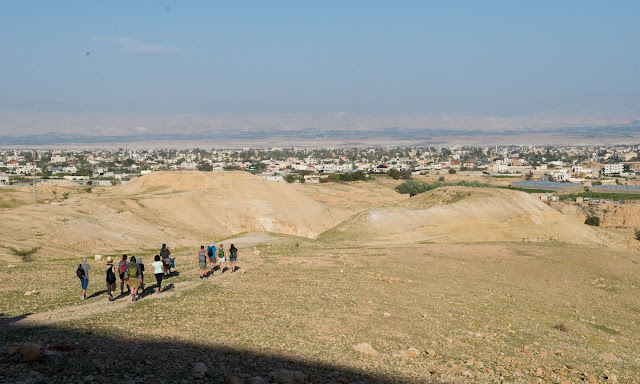