On the Discipleship Trail

I've spent the past hour and a half waiting for photos to load for today's post from Israel. Oh so very S-L-O-O-O-O-W hotel internet. At least there IS internet!

But now it's past my bedtime (since we've got a 6:30 AM wake-up call tomorrow) and I haven't even started writing. Here goes my walk through the day with just a few comments... 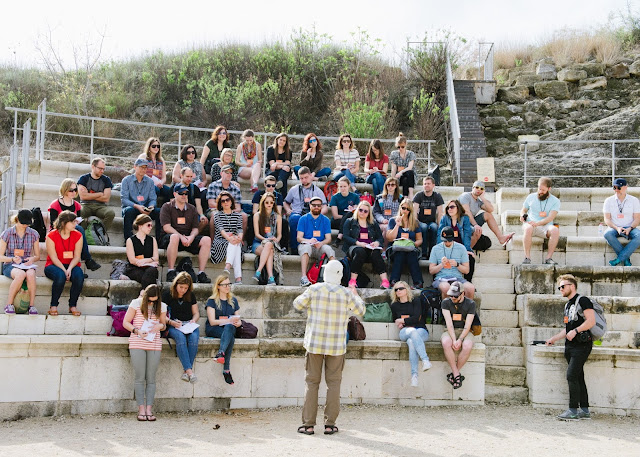 Beautiful start to the morning in Sepporis, once the capital in Jesus' day - a much larger city than Nazareth where he lived. And yet today it's just ruins, while Nazareth has over 100,000 people. Strange how times and circumstances can change a city.

The view out from there into the wavy hills of Galilee was lovely this morning. 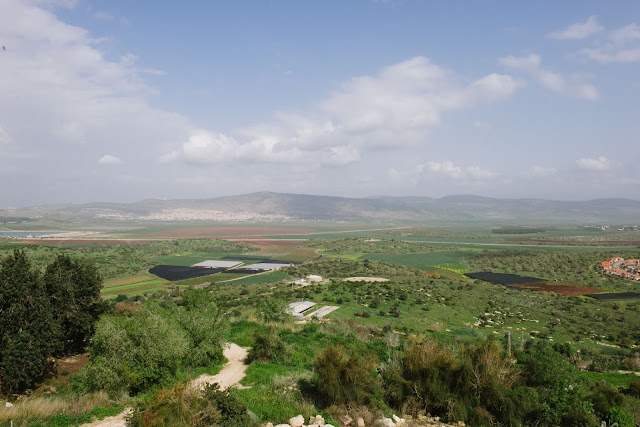 But we all knew there was a chance of rain today, so when we were up on the roof to listen to Dave teaching, and the black clouds rolled in spattering us with raindrops, it was time to head inside to finish. 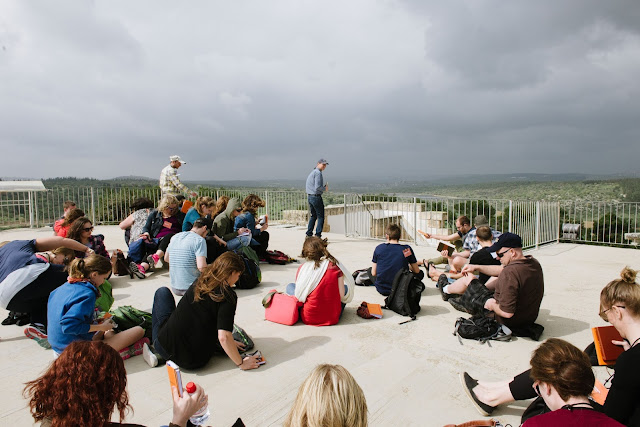 Definitely easier to listen to Dave when we weren't worried about getting wet! 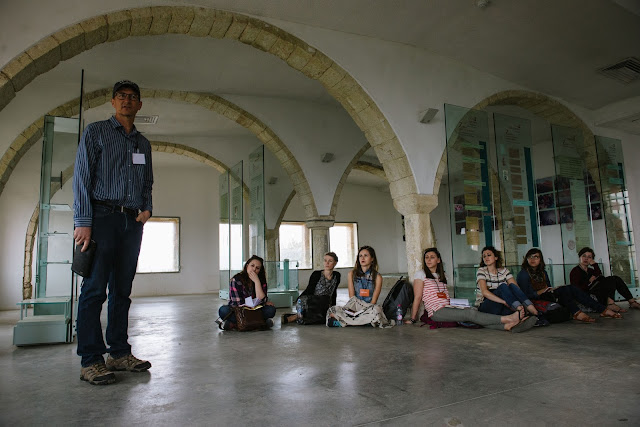 First take-away of the day on our discipleship trail?

"Small things have big significance when they're part of God's redemptive plan."

Any time we step away from our agenda into his, we enter into HIS story, rather than ours. It may seem like nothing is happening at times, but if we're following him, believing in his eternal plan, the results may be much more significant than we could imagine. 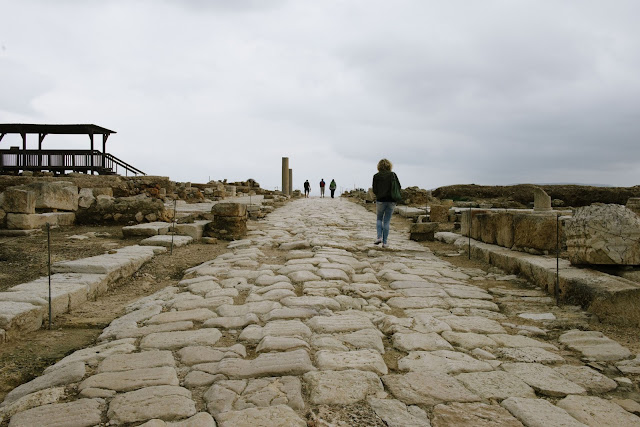 From Sipporis we headed into Nazareth for lunch. 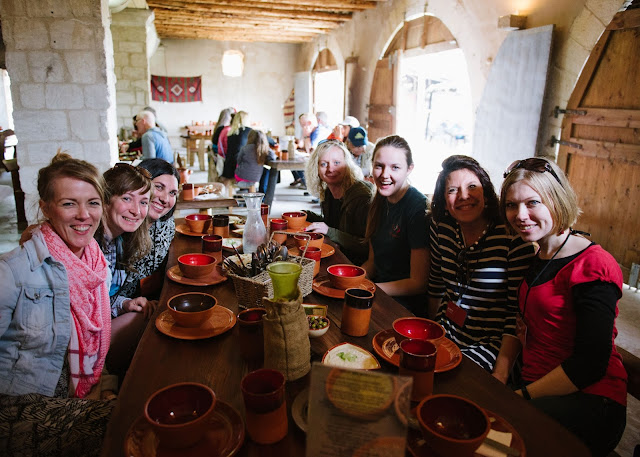 But this was not in modern day Nazareth. Rather, in a re-created village made to look like the Nazareth of Jesus' lifetime, the village he grew up in. 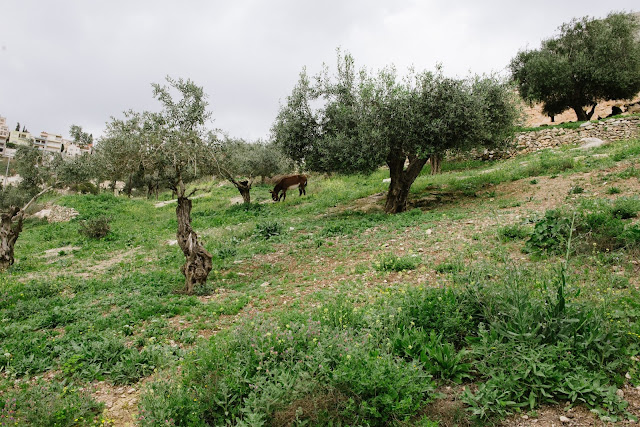 This was my favorite part of the day! Though it's set right in the heart of modern day Nazareth, you would hardly know it. It's like walking back in time. 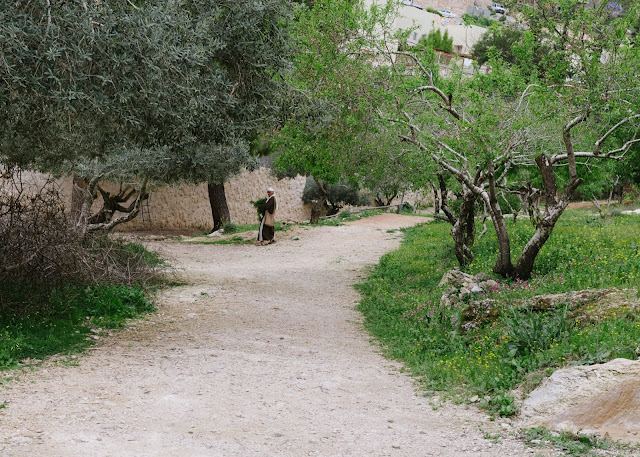 Guided first through a small museum, you're then taken outside and transported back to the days when Jesus was a boy until he began his ministry at the age of 30.

For sure he knew these types of shepherds who tended the sheep, and perhaps referenced them when he talked about himself as the Good Shepherd. 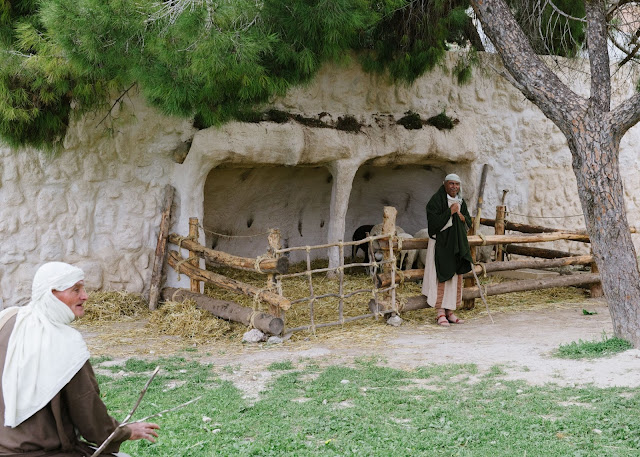 Of all the places I've been to in Israel, I could actually imagine Jesus here in this place more than any other. Doesn't this shepherd's face look like it's from long ago? 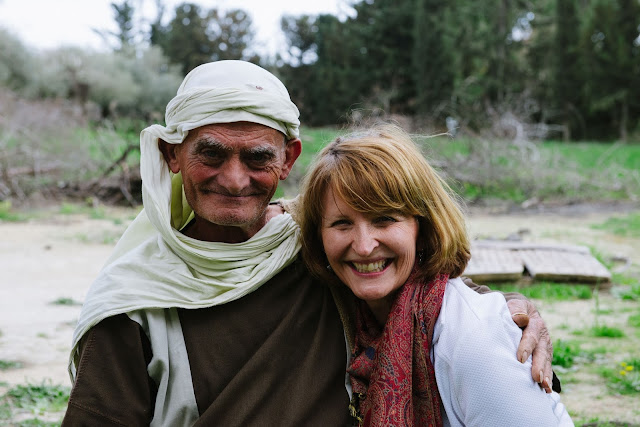 As we walked among the olive trees and terraced gardens, we saw an ancient wine press, an old tomb, a carpenter working with his first century tools, and Hannah, the weaver. 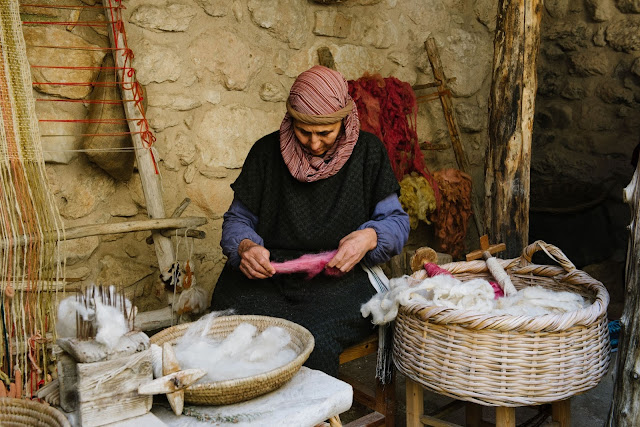 And then went into the only reconstructed synagogue in the country, built to the measurements of ruins that have been excavated. Dave had the joy of bringing our next discipleship message in here as he talked about what Mary, Joseph and Jesus must have been like in the eyes of God: servant-hearted, humble, discerning, favored, wise, and submissive to the Father.

He ended with this: "People God uses always have weight below the water line." Meaning, they have great depth in their lives. His question was: "Are you letting God do what it takes to develop that depth and maturity?" 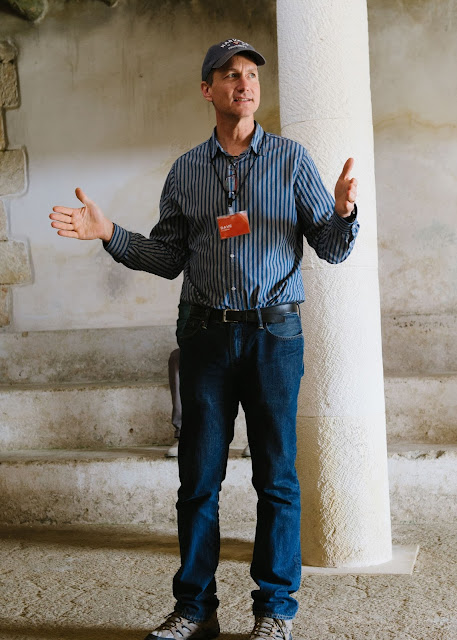 We paused for some reflection and worship time before heading on to our next location. 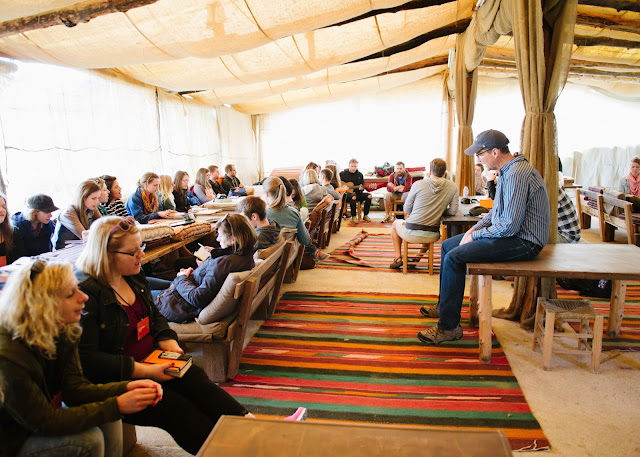 The last stop of the day: the Nazareth Precipice. 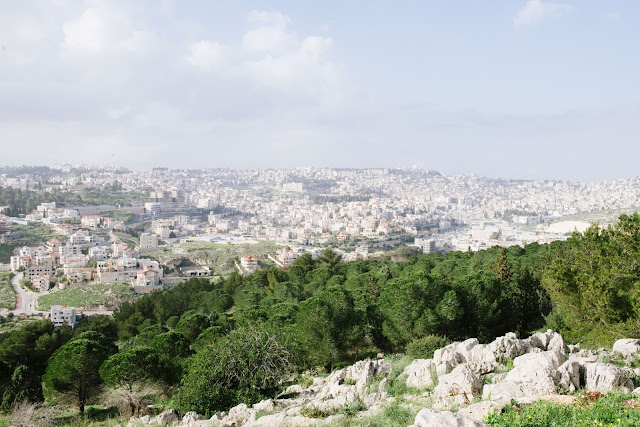 Here Dave spoke from Luke 4, talking about why the people in his hometown of Nazareth were so angry at him when he spoke in the synagogue that they drove him up to a cliff, perhaps even here in this very spot, wanting to throw him off. 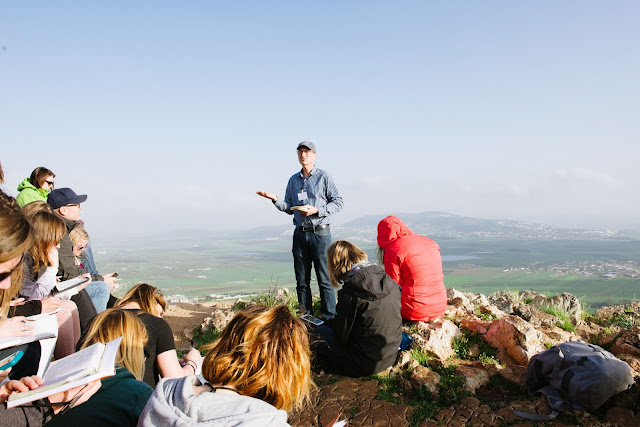 Our takeaway from here: "Without faith it is impossible to please God."

The people in his hometown were sometimes in awe of him and admired his skill of words. But when it came to taking his claims as the Messiah to be true, many did not have faith to do so.

But this dear group of singles with JV! They are full of faith and believing God for all that he wants to do in Central and Eastern Europe.

I know that he must be very pleased with them. 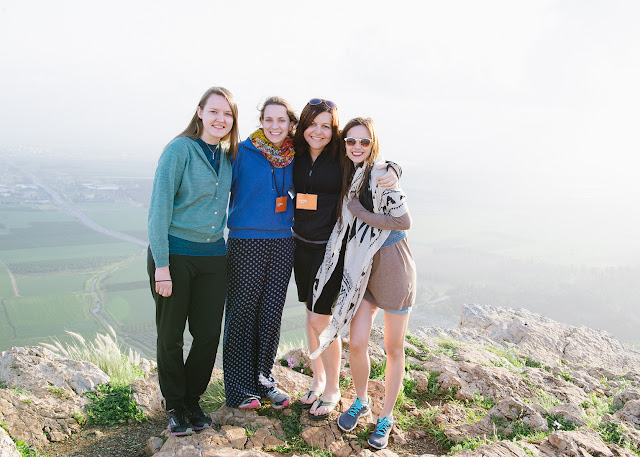