This may look like any old car, in any old city. But it's not. It's an Uber, delivering someone precious to us to a significant location. 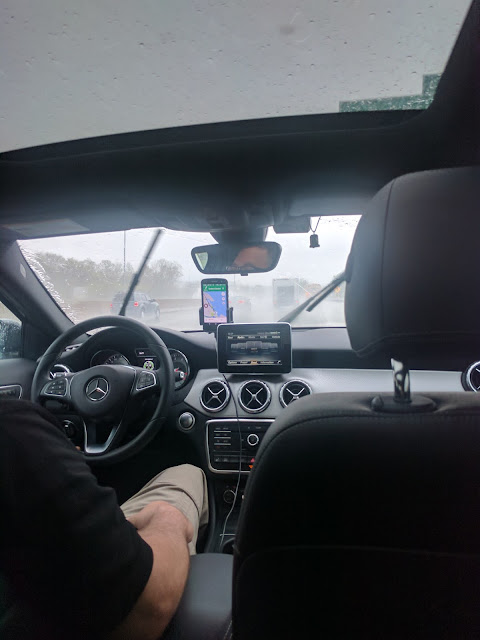 After two years without needing the injection that takes away pain that Caleb has dealt with for 15 years, he had to fly to Cleveland, Ohio to see the amazing doctor at Cleveland Clinic who diagnosed him five years ago (if you want to know what was/is wrong, click on that link for the whole story).

The great news is that this was the longest amount of time that Caleb has been away from the Clinic!

Previously, the longest he'd gone between injections was seven months. But that had been an improvement from the initial seven weeks at the beginning when he first received the injection in 2012.

Seven weeks, ten weeks, four months, seven months and then two years - over the course of these past five years, he's needed 10 injections which have come at those varying intervals, the distance between them increasing each time. This is all an attempt to let the nerve damage heal in his stomach from surgery he had as a child.

This two year mark is significant! It does seem that the nerve is healing, though ever so slowly. 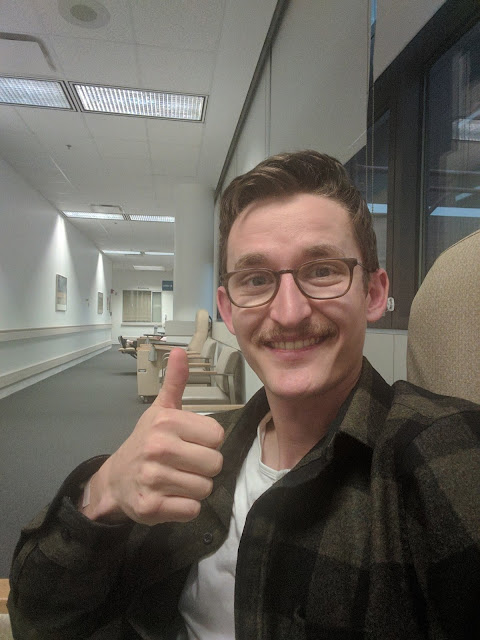 However, five years ago when Caleb received the initial diagnosis, Dr Cheng told us/him not to expect healing for 3-5 years. So we're now at the 5 year mark, curious to see what happens next.

With United miles ("Thank you Lord for all our travels that allowed us to have those for him!"), he flew to Cleveland yesterday so that he could be at the Clinic this morning at 9 AM for his appointment. After a brief consultation with his doctor, he went in for the procedure.

Prior to this injection, he's always been under anesthesia during the injection, so never knew how long it took. This time, due to the fact that he had no one to pick him up, they said he'd only be able to have a local painkiller (they don't want someone traveling alone when they've been under anesthesia). So he was awake for the procedure. When he called to tell me about it he said, "Do you know how long it takes??"

I had no idea, though guessed it was at least a half hour, or more, since the doctor does it using a specialized instrument he threads into the spine, and further on into the exact spot of the damaged nerve (we all have MILLIONS of nerve endings!) - all while he watches it on a monitor since the instrument carries a camera on it as well.

Do you have any guesses how long it took? 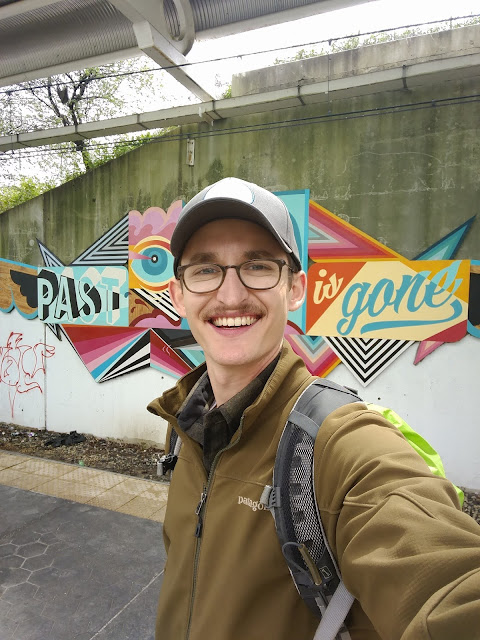 All of THREE MINUTES!!!

Just three minutes of medication administered into that one tiny spot, and Caleb is relieved of pain that is absolutely debilitating without it.

To the Lord for sending Caleb to this place five years ago.

To Cleveland Clinic for having one of the best pain management clinics in the world.

For Dr Cheng and the discovery he pioneered years ago for how to treat nerve damage. 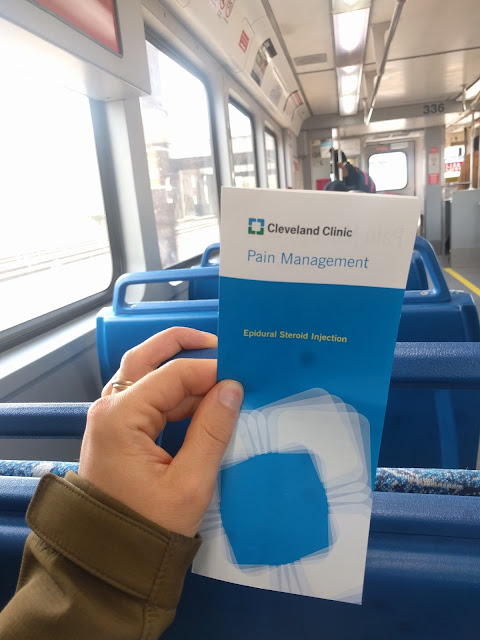 Within a few hours, Caleb was back on a bus to the airport, heading home to Colorado, Haley and their baby boy growing inside her!

This may be the last shot he ever needs. Or he may need them the rest of his life.

In either case, God is GOOD. In his grace-filled kindness, he made a way for Caleb to live without pain most of the time.

I am incredulous with gratitude to our Father who is able to care for even the tiniest of nerves inside our bodies!
Posted by Living By Lysa at 8:30 PM