Early this morning we drove with Claire to a nearby village for a special reason. 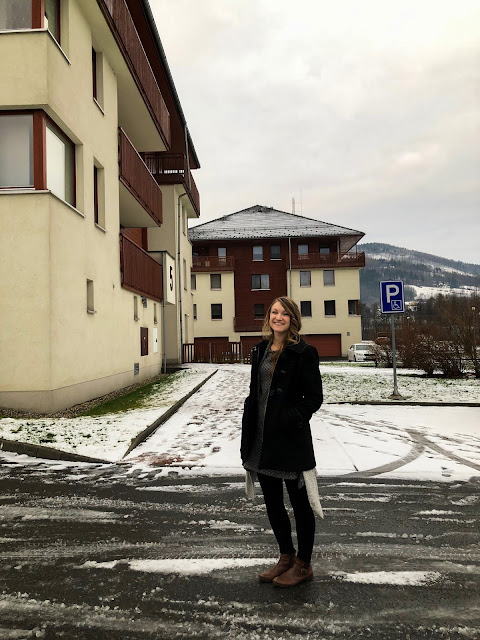 Many months ago she began praying about where she should live once she moved to Czech. The Lord put on her heart a village next to our town. However, as it turns out, apartments are few and far between there.

However, in November one of my dear Czech friends (thank you Ingrid!) sent Claire a realty listing for an apartment that had just come on the market. This was JUST after she'd put out a prayer request in her update asking people to pray for a home for her. Three days later, this apartment became available!

Dave and I were able to stop by and see it between a friends' wedding and reception, and immediately called Claire to share our thoughts and send pictures. She took the next few hours to pray about it, and then called to say "I'm pretty sure that's it!" We called the manager and asked her to reserve it for Claire.

Finally today, she was able to see it in person to confirm this is indeed her new home!

It's a group of apartment buildings built in 2009, but her particular apartment has never been lived in. This is a key answer to prayer for her as she still has to watch mold as it's been an issue for her immune system ever since she was a little girl. 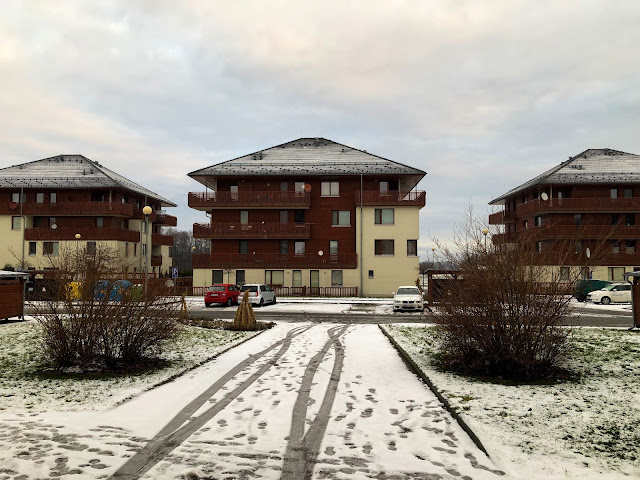 Walking in for the first time with her was such a thrilling moment, knowing God's hand had clearly provided this answer for her. 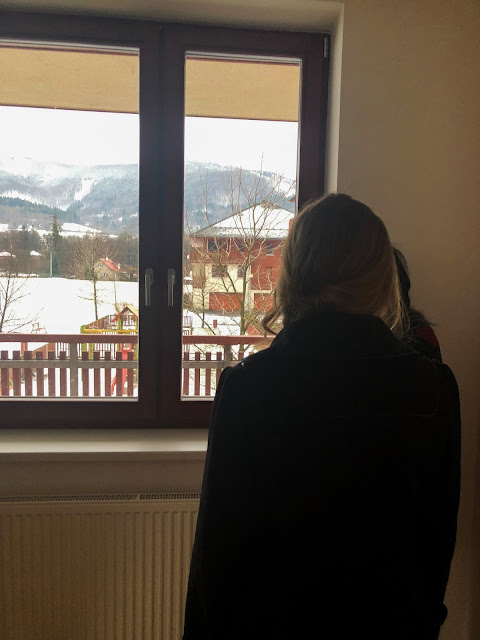 While it's small, it's darling and completely livable. Not to mention it has a wrap around balcony with a view of the mountains! 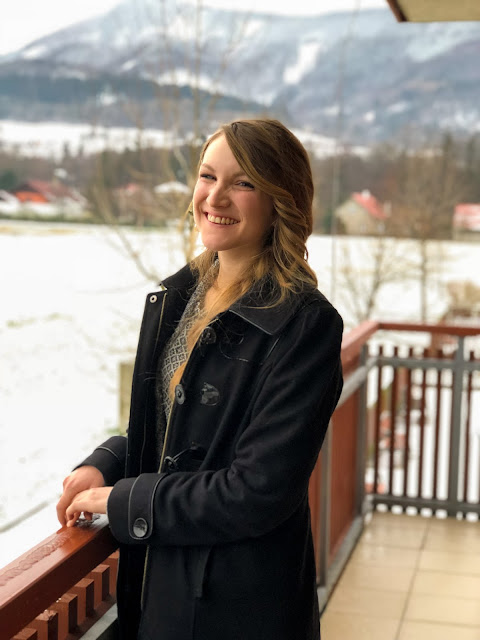 Next door to her building is a favorite restaurant of ours for years, that's been closed for some time. However just a few weeks ago it reopened! How fun it will be to meet her there - just a drive away for us, and a walk for her! 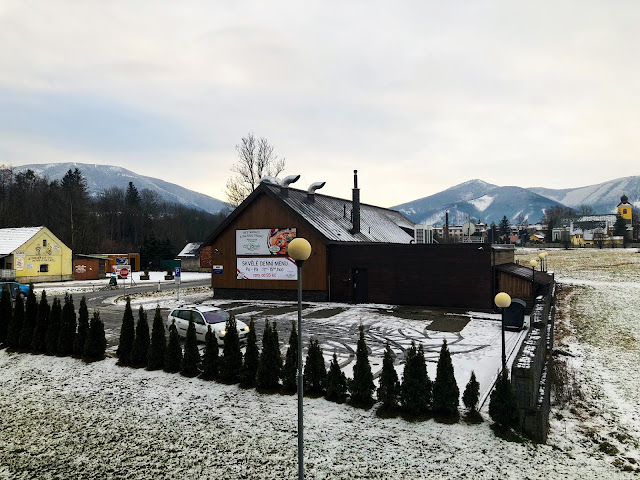 The view of the mountains and village is soothing and comforting. A far cry from her view in downtown Chicago when she was a student at Moody! (though she learned to love that view too). 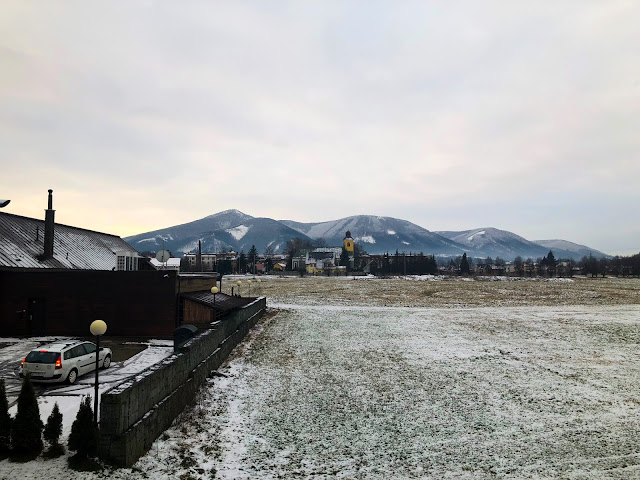 She will see the seasons change throughout the year, and be blessed by loads of fresh air! 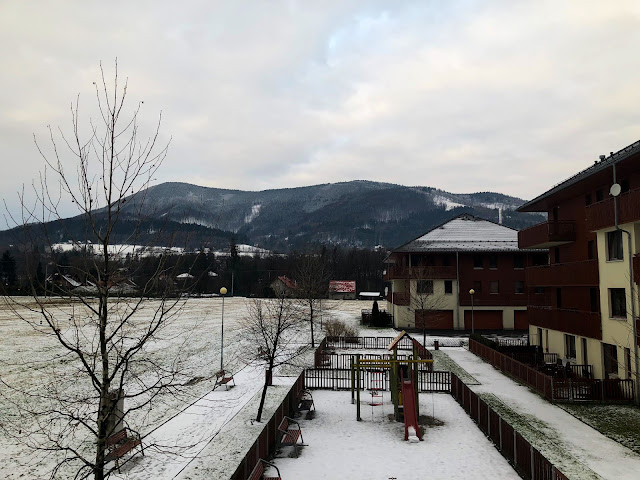 Seeing God provide this gift for Claire is just THE BEST!! We expected her to live with us for several months as she searched for a home. But now she will take possession of the apartment January 1st and begin to make her own home here in the Czech Republic. 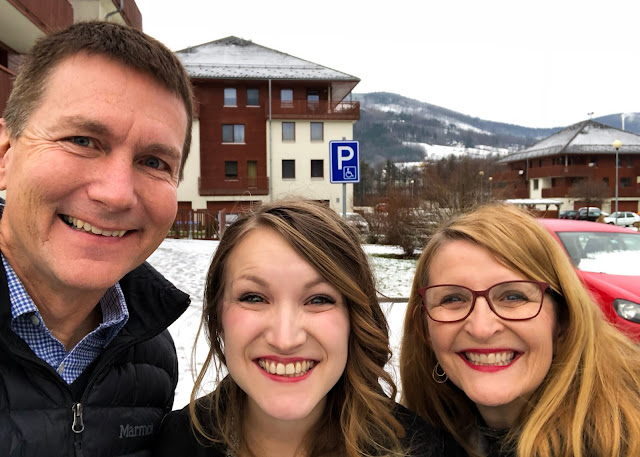 It's going to be a good one! 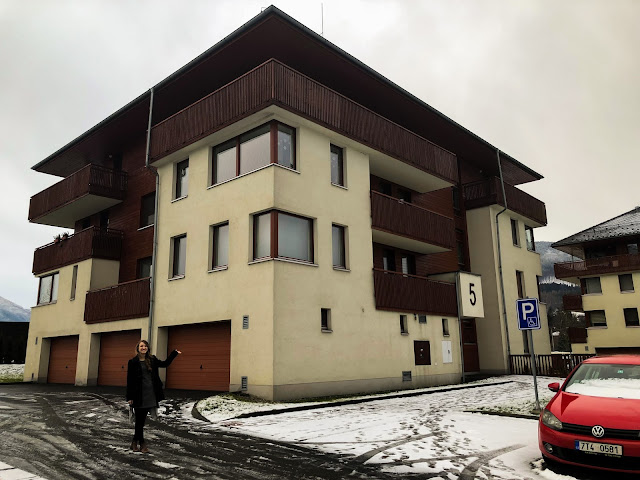 Praise the Lord for his kindness and love demonstrated to our girl once again!
Posted by Living By Lysa at 3:07 PM