The clouds rolled in today and gave us a good old storm out the window. 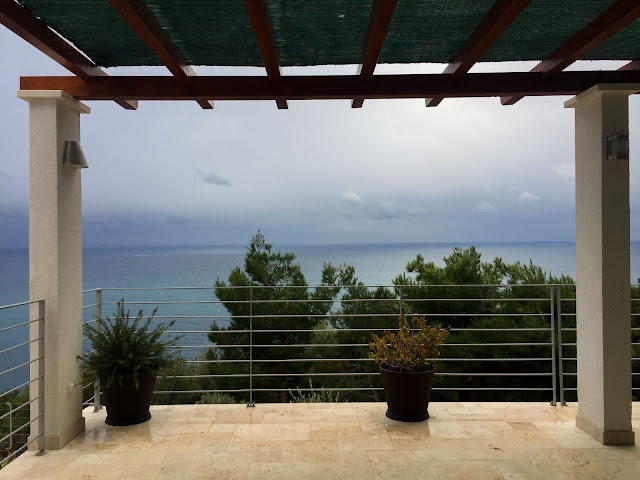 Since I'm fighting this infection and still not feeling well, it was yet another day on the couch for me. I'm thankful for a warm fire, a good cup of tea, the Lord's presence, and a beautiful view! 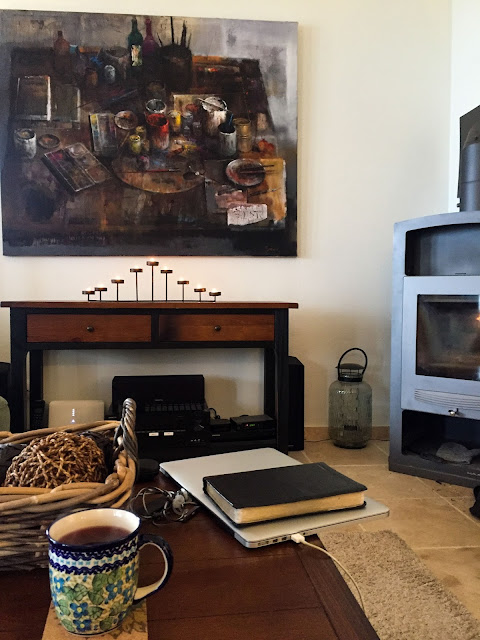 Despite the rain, Dave was outside working to fix a problem here at the house. This man knows how to persevere! 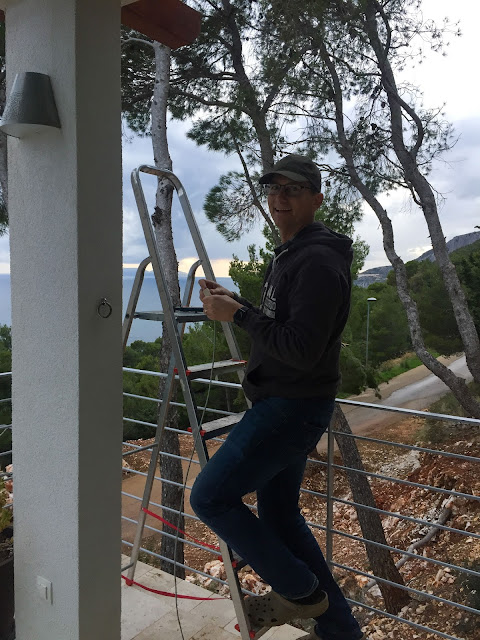 By sundown, the skies were dark, except for that little bit of light over the neighboring island of Vis. Pretty spectacular! 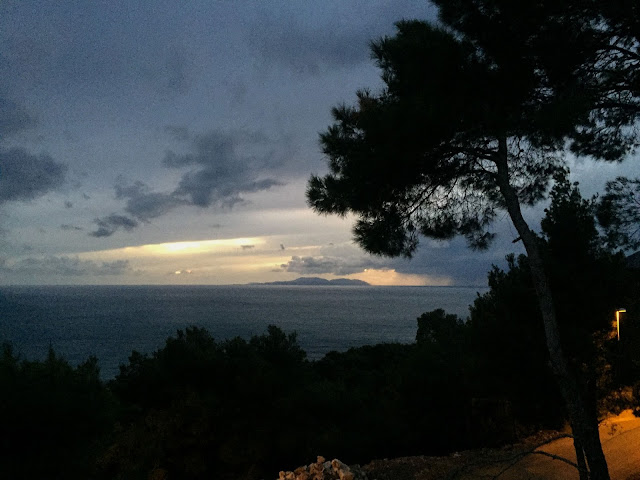 Out to sea the other direction, the clouds let loose a good amount of rain it looks like. Sure made for a awesome sight, though I wish I'd taken this picture with a camera rather than just my phone...it could've been even more awesome! 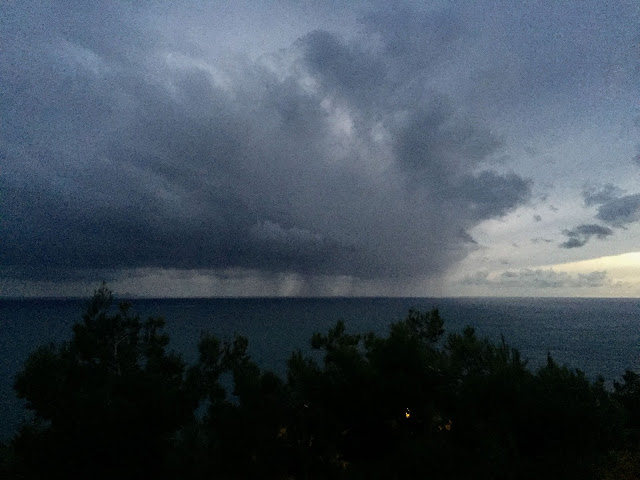 This evening's entertainment came through my computer, from the city of Ostrava in Czech, not far from where we live. 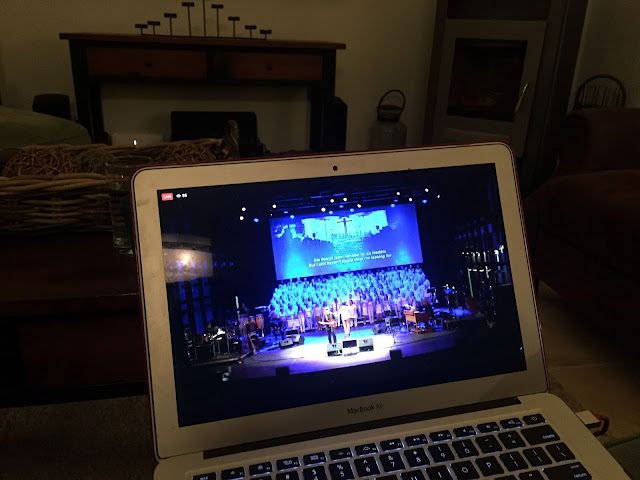 For the fifth year, JV team members and members of the community led by Terry English, produced another absolutely outstanding gospel concert. It's become such a draw that they were able to hold their performance in the "Gong" this year, Ostrava's premiere venue for concerts.

Terry wrote on his Facebook page: "Yesterday we were contacted by a travel agent based 80 miles away asking when Ostrava Zpiva Gospel will happen next year so they can add it to their "Christmas offers". Their 2017 offers are Christmas events in Rome, Vienna, Salzburg, Prague and Krakow. (anyone who knows Ostrava will understand why I find this very funny and flattering!)"

Well, with a concert as good as this, with a delightful children's choir, an amazing strings and horn section, and of course a fantastic band and choir, who wouldn't want it to be among their Christmas offers?! 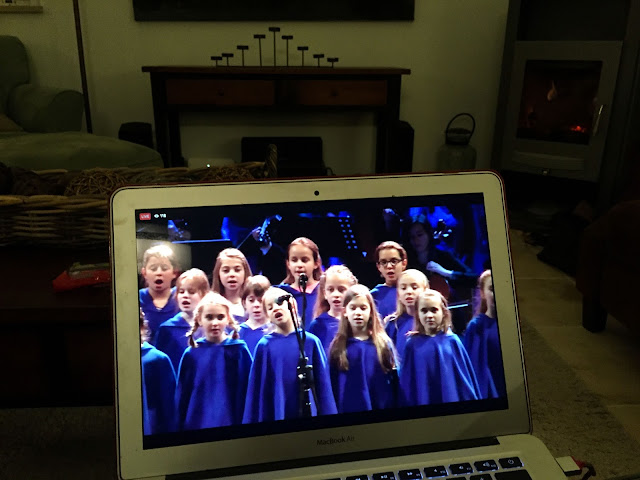 And the reason he said he thinks it's funny they would offer it is that Ostrava isn't usually known as a "place to go" in this region. But with high quality events like this, who knows...maybe it will find its cultural place on the map?! 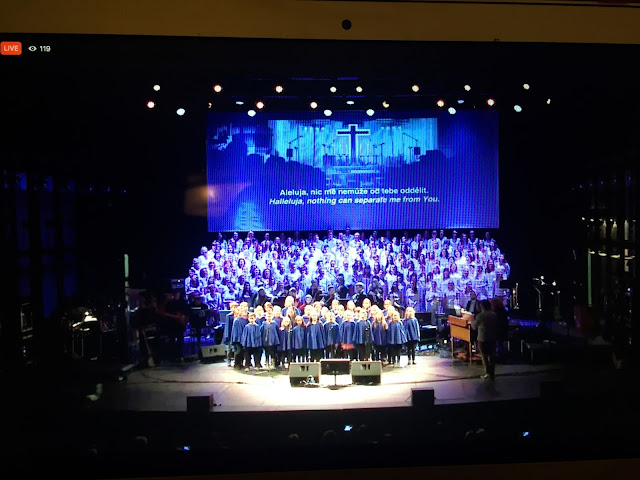 On an important side note about this concert: Terry shared his testimony with the audience of nearly 2000, and talked about how God has changed his life. May tonight have been the beginning of someone's journey with the Lord as a result of coming to hear "Ostrava Zpiva Gospel"!
Posted by Living By Lysa at 8:23 PM