Immanuel, God With Me

I was telling Dave today that I have not stayed put like this in a LONG time. Being sick has kept me inside for almost two weeks now as we've been here on Hvar.

But when you have a sight like this outside, who needs to leave?! 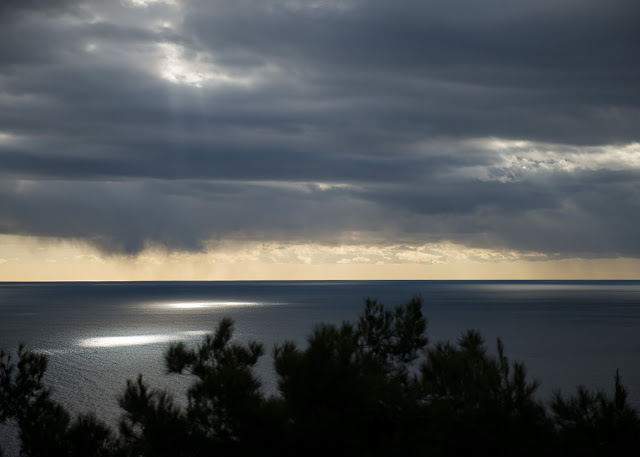 Today was a most spectacular day, with a seemingly epic movie scene going on outside our windows. 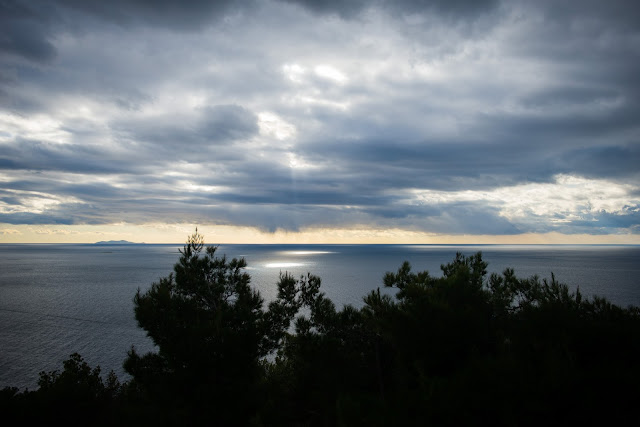 It was frame after frame of visual scenes with epic proportions. 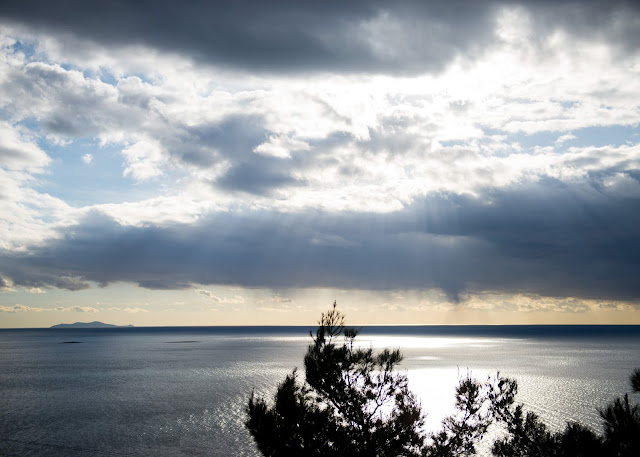 And just when I thought it was over...the sunset started. Maybe the best one yet. 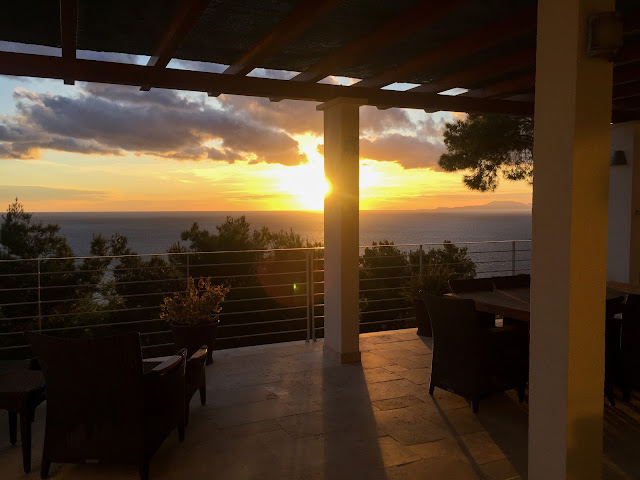 It almost looked like the island of Vis was on fire! 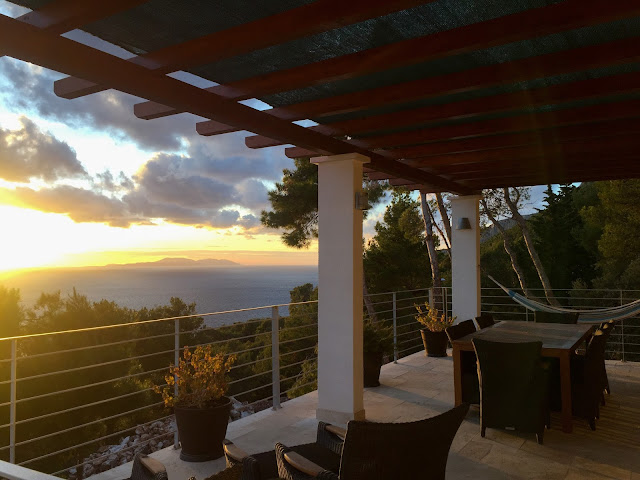 As the sun made its descent, the colors kept getting richer and richer. 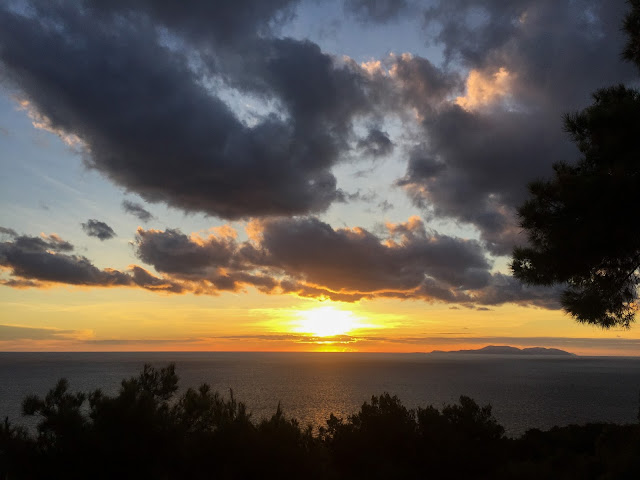 While my face may be looking a little tired from all my body's been suffering, my spirits were definitely in good shape this evening. I LOVE the beauty here! 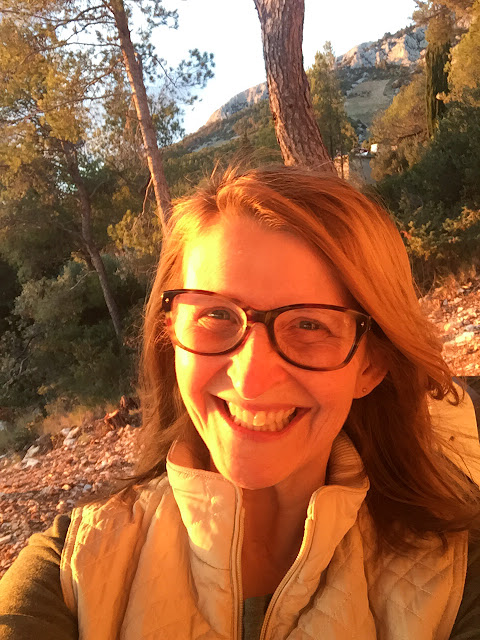 It seemed like this sunset would never end as it sent its light curving up to highlight those beautiful clouds. 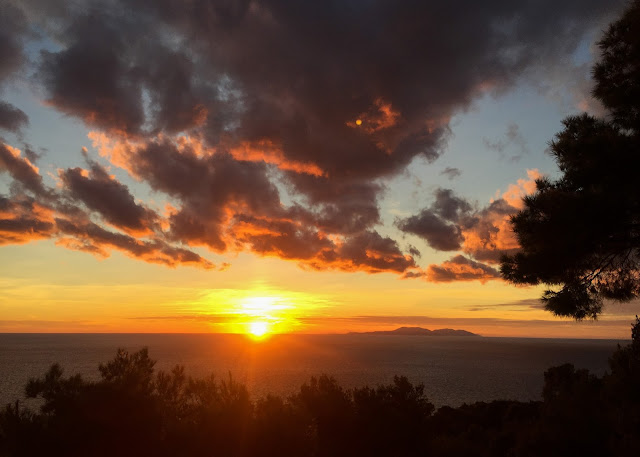 By this time the wind had really picked up and it was not only breezy, but cold. 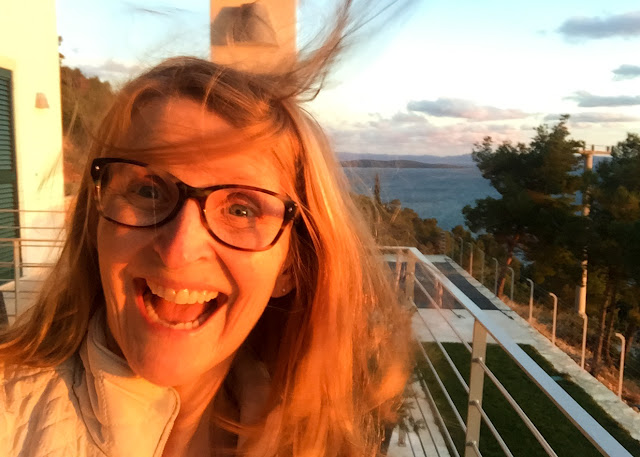 However there was no way I was going inside...I had to stay out to be a witness to this! 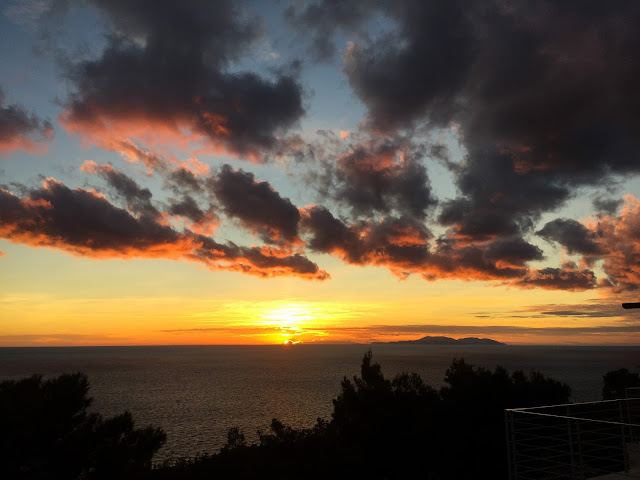 Finally, in one last flare, it sent up a spotlight of pink as if it was gushing out of the horizon. 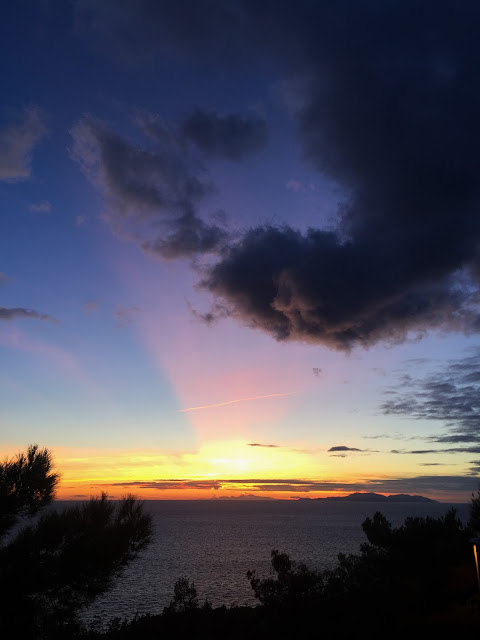 And then day began its fade into night. And I seriously had to make myself stop taking pictures!

Wow, was that ever an afternoon of spectacular.

I'm sure there were others enjoying it, but I felt like it was such a kindness from the Lord to me personally ... a reminder that he is, in fact, Immanuel ... God with me!
Posted by Living By Lysa at 8:06 PM