The past few weeks have been difficult as my body has needed time to adjust to a new health protocol. For some reason particularly, the last eight days as we've been on Hvar have been espcially hard for me. I've slept 15-16 hours a day, with little energy for anything, exhausted in a way I've never experienced before.

Yesterday was the lowest of all days. I felt completely wrung out, wondering if I'd ever feel normal again.

The Lord used an Advent reading, prayers from a JV teammate and a text from a friend in the States to deeply encourage me yesterday, and today dawned different. 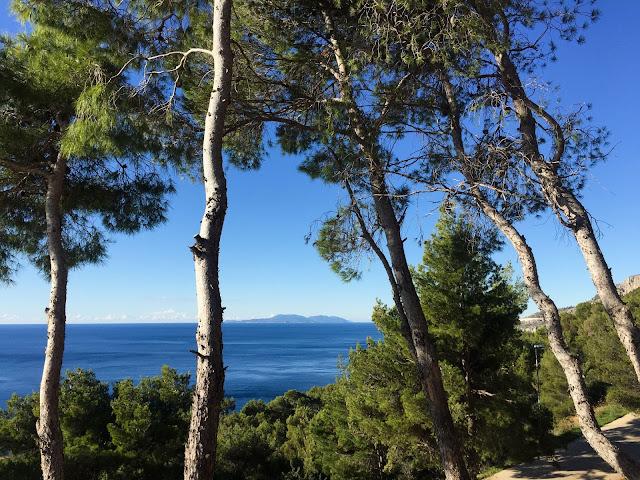 The clouds parted, the wind died down, and the sun came out for the entire day. I still spent it on the couch wrapped in a blanket, but could feel that something was beginning anew in me.

I still don't fully understand what's going on, nor how long it will last. But by late this afternoon, I had a bit more energy and was able to get in the car and take a drive with Dave. 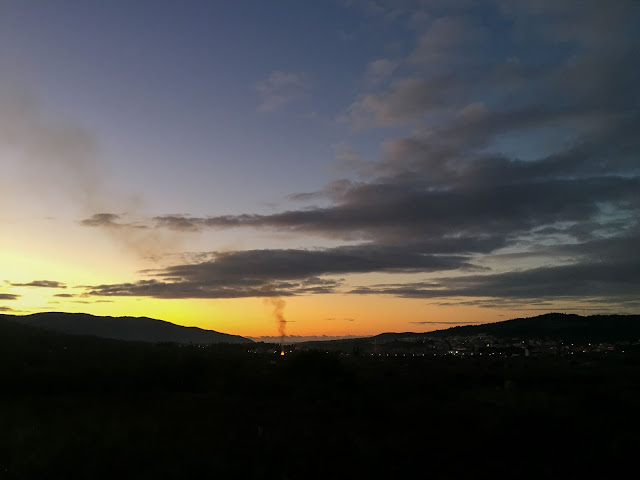 For years I've followed a British blogger who writes about the island of Hvar. While he no longer lives here, he still writes occasional posts about happenings on the island. I'm glad he does, because I just happened to see a post about something happening today.

Notice the smoke in the picture above? That's what we were chasing.

And this is the cause of it! 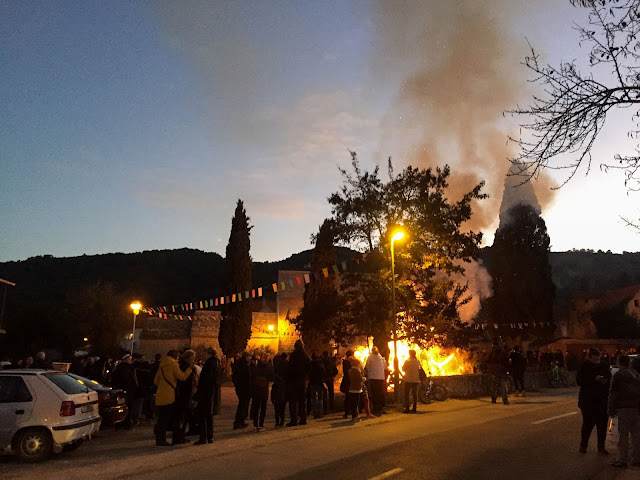 Unbeknownst to us until today, December 5th is a day of remembrance of the rescue of ships and sailors around the world!

A centuries old tradition, at least here on Hvar, it commences with a ceremonial burning of an old boat. 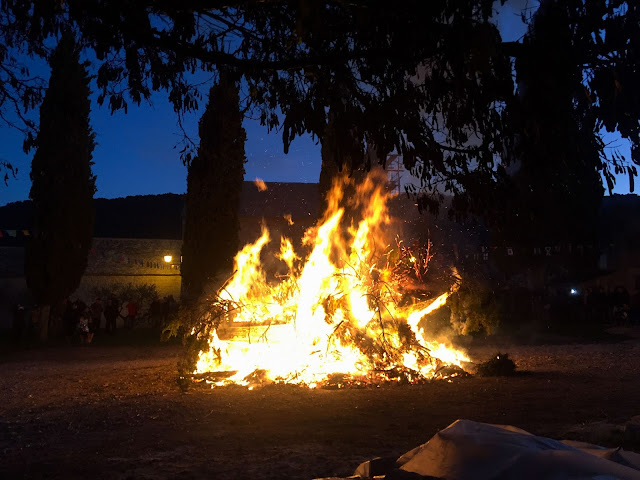 I've tried to use Google to find out the background on this tradition, but it's got nothing for me!

I will say that it was a great event to be part of with the local community, some of whom were even up in the scaffolding of the church to witness it! 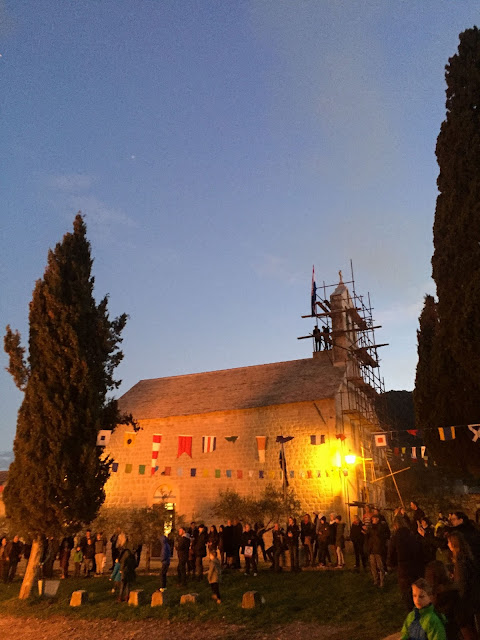 There's not really much to do at a ceremonial boat burning, except take pictures of it! But the atmosphere was cheerful as we joined in with the locals. 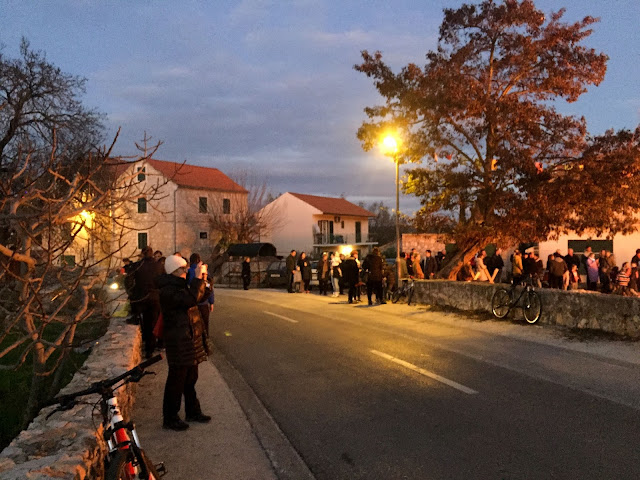 The boat burning took place in the church yard, with plenty of space around it to prevent it from spreading.

If this event had taken place anywhere in the States, I'm pretty sure the local fire department would have had an engine in the immediate vicinity. But I didn't see it here (though perhaps it was somewhere nearby). 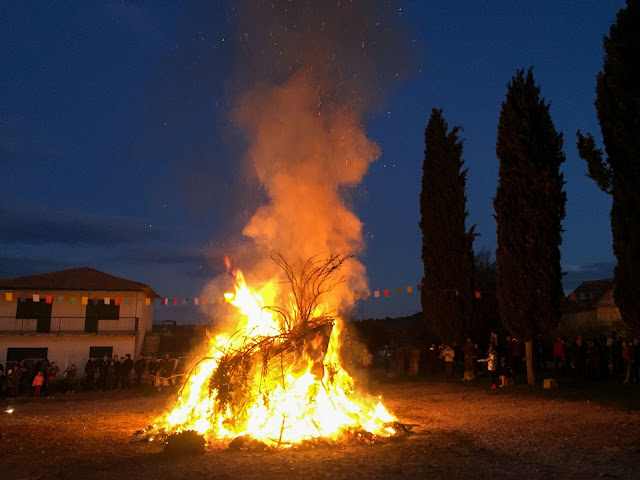 We walked around the fire, looking at it from different angles because, what else do you do at a boat burning?! I didn't have energy for anything else, so it was a perfect event to attend for a few minutes! 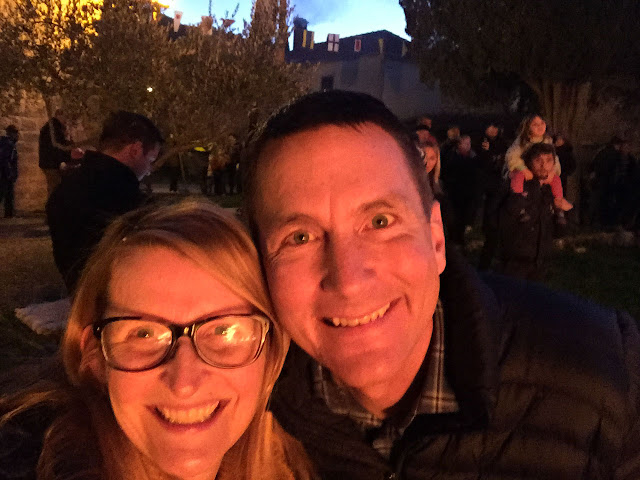 And the view from the other side of the fire was perfectly lovely as we set out for our car to head back home. 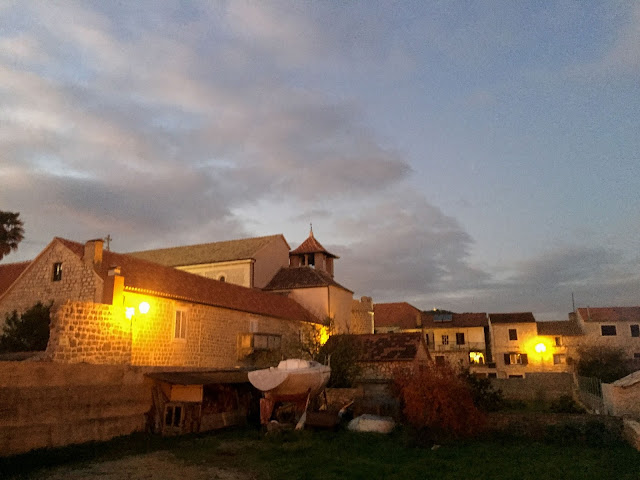 Being out lifted my spirits, and I loved being part of another local activity on our beloved island of Hvar.
Posted by Living By Lysa at 9:45 PM