A delayed flight, a missing bus, and a broken suitcase (one wheel missing, the other damaged) made for an interesting trip to the Prague train station after arriving back in Czech this evening. 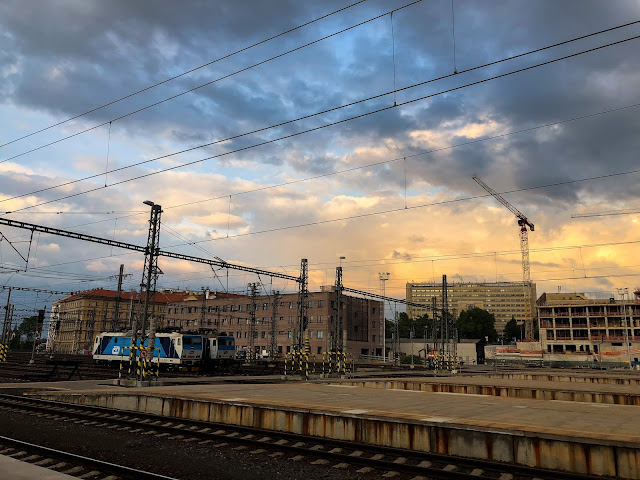 The flight out of Frankfurt to Prague was delayed, meaning that my chances of making an early train home were next to nothing. Then upon arriving at the airport, the bus that would normally take me straight to the train station never showed up! So I took a regular bus and then the metro to get there.

Normally this would be preferable to me as I actually like taking the metro. But when your nearly 60 pound suitcase shows up at the airport missing a wheel, and another one damaged (the two wheels that you use to drag your suitcase!), it makes for an interesting trip onto a bus, up and down stairs and escalators, and through metro and train stations.

Thankfully after a desperate call to Dave while lugging my suitcase into the station, he was able to make a booking online for the last train home (well, the last one arriving at a decent hour...11:23 PM!) and I made it to the train platform with ten minutes to spare.


The train was crowded so I'm thankful he was able to get me a seat. 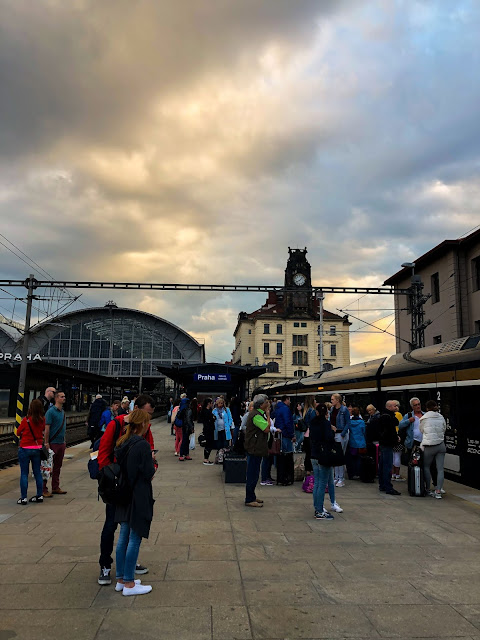 I finally arrived home at midnight, after nearly 24 hours en route back from Oregon. It's good to be home!
Posted by Living By Lysa at 11:59 PM