Our little trip to Poland yesterday wasn't only to the European Leadership Forum conference where Claire joined Dave in teaching a seminar. 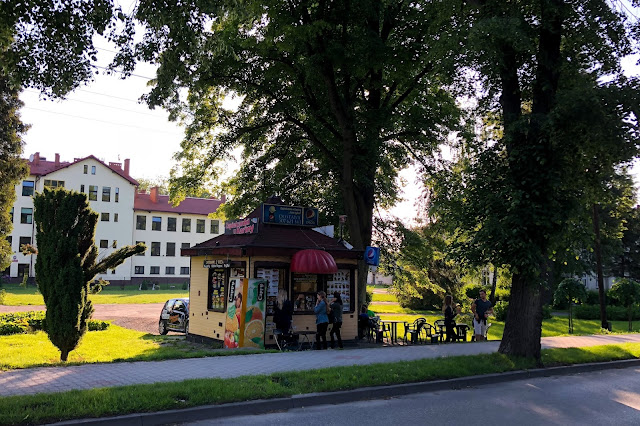 We stopped in Ustron, Poland for a quick dinner at a local fast-food hangout as well. 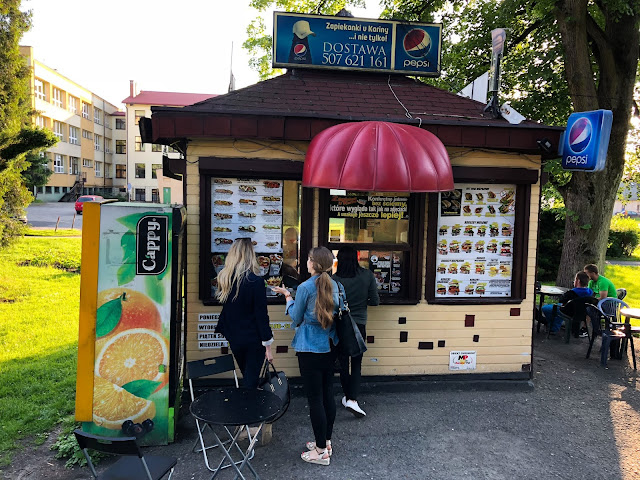 Ustron is the city that Dan and Laura Hash moved to when the four of us first moved here to begin Josiah Venture in November 1993. I actually remember being across the street from this very fast-food place, in a park, for a concert in May 1993, when we were on a trip to determine where we and they would move to! God placed them here in Poland, and us in Czech, just across the border.

Crazy to be here waiting for hamburgers and fries when almost to the day, I was here 25 years ago!


But we didn't just come to Ustron to grab a quick dinner, rather to come here. 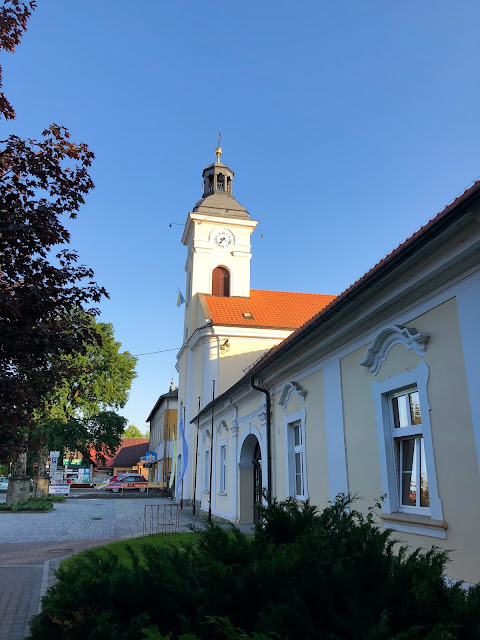 A few days ago, Claire got a message from a friend of hers who is a student at Moody Bible Institute, where Claire went to college. The friend said that she was on choir tour with Moody Chorale, and would be in Pszczyna, Poland this Sunday evening, and asked if Claire might like to come.

Claire knew that we were already going to Wisla for the conference, but when I looked up Pszczyna and saw it was an hour away, I told her I thought we could make it there by 7 PM, when the concert was to start. So she told her friend yes, that we would come.

But as we were leaving the conference at 6 PM yesterday evening, she got a message from that friend saying the concert location had been moved!

And to where? Ustron, just fifteen minutes away from Wisla! 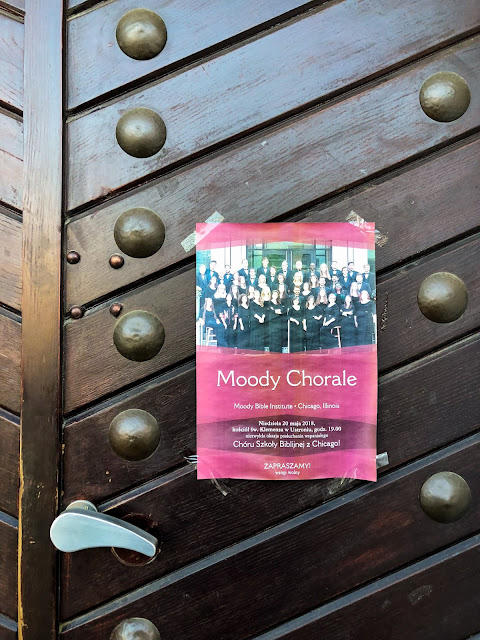 As we made our way there we wondered if anyone would be at the concert.

"How could you change concert locations in one day and hope to have an audience?" we wondered.

But surprise! The church was full. 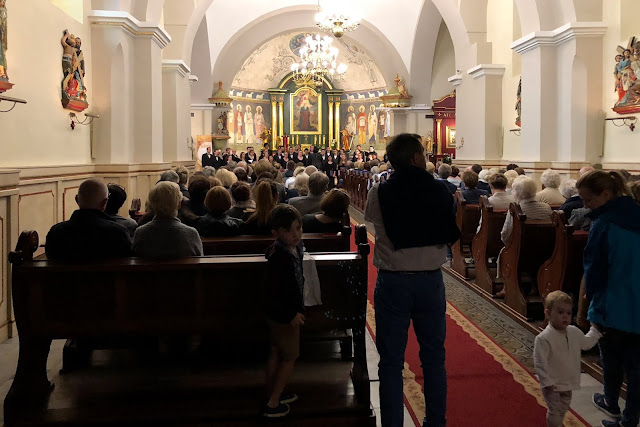 We never heard why the location was changed, but did hear that people had come for evening mass and stayed for the concert. So the church was almost completely packed.

In fact, we had to go to the balcony to find a spot to sit! 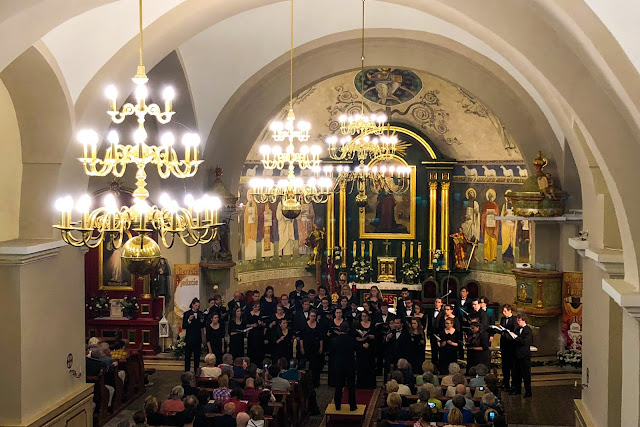 The concert was absolutely fantastic! They sang a variety of classical music, beautifully arranged and gorgeously delivered. In between songs they read Scripture (and had someone translate into Polish), with one girl also giving a moving testimony of God's work in her life as a result of her studies at Moody.

The choir was well received by the Polish audience, giving them a standing ovation, and then asking for an encore, which they happily gave!

Afterward we had a little bit of time to say hello to her friends. 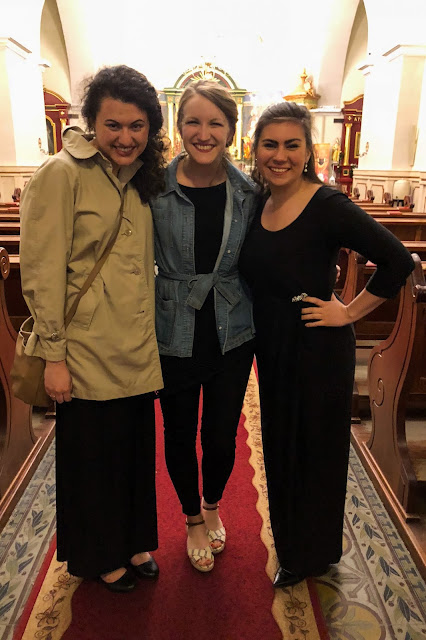 And to a surprise person in the choir. 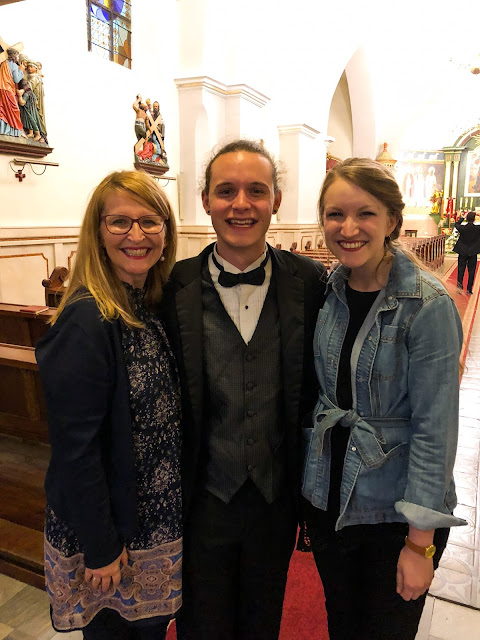 We both should have realized that Brennan would be here, but it honestly hadn't occurred to either of us until we saw his name on the program. Brennan is a JV Kid who spent six years in Latvia with his family serving in JV a number of years ago!

He just graduated from Moody with his degree in classical music. He recently auditioned for, and received an invitation, to sing with the Chicago Symphony Chorus for the next year. Such an honor at such a relatively young age! As you can imagine, he's got an absolutely amazing tenor voice. So excited about what's ahead for him. 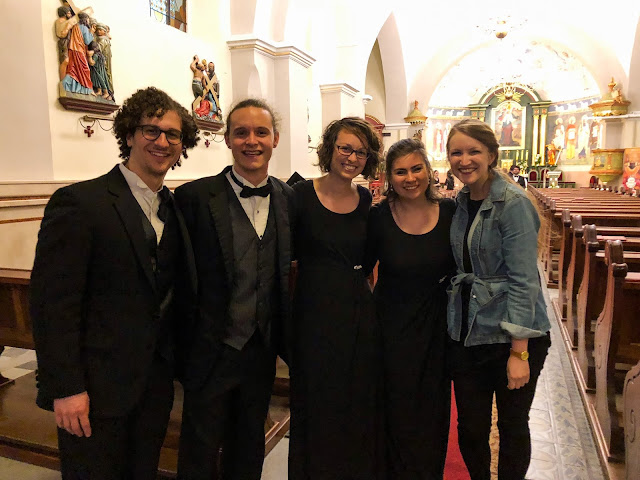 It wasn't long before they were turning lights out, and the choir was ready to get on their bus and head for their next location. So we gave quick hugs and said "See you laters" to Brennan and Claire's friends. 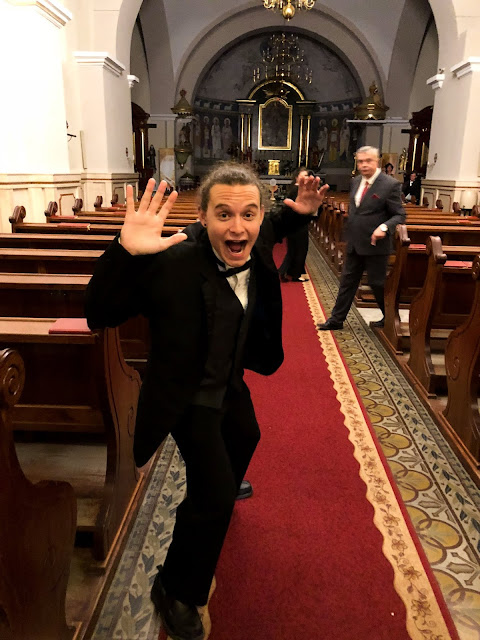 What a beautiful way to spend an evening, worshipping the Lord along with the Moody Chorale.
Posted by Living By Lysa at 10:49 PM