Something big is happening in Croatia today! 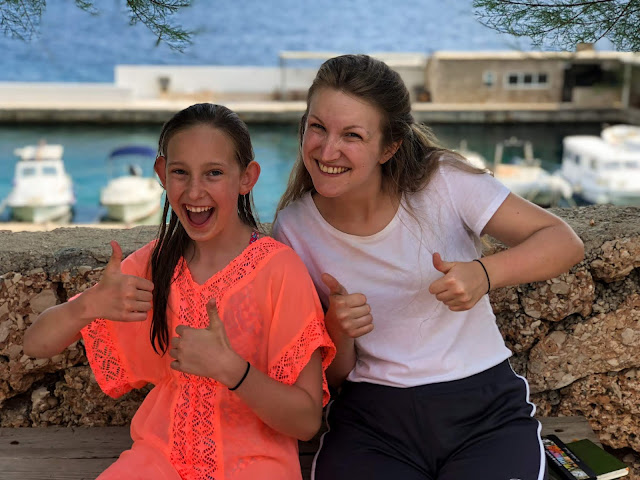 Normally in the middle of July, this marina would be completely packed. Big sailboats and yachts would be moored here, the grill would be fired up, and the patio would be packed with people. 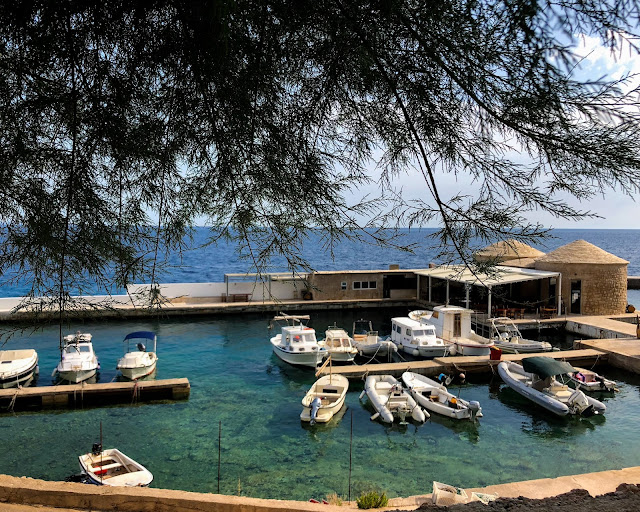 But today it's completely quiet.

With just one boat making its way into the harbor...but for a very different reason than to go to the marina. 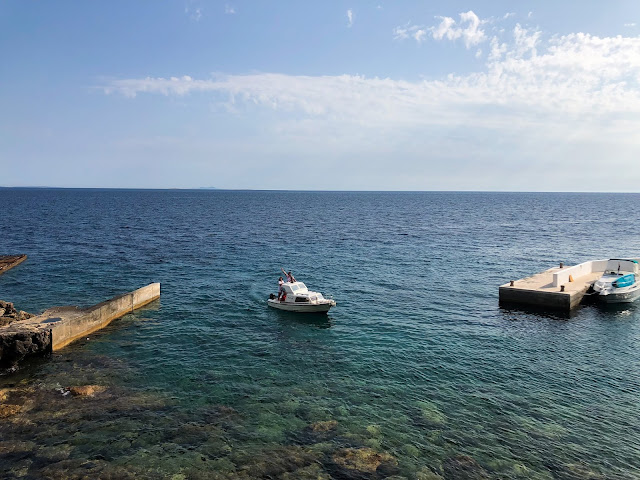 Where is everyone?? On their way to watch Croatia play France in the World Cup final, taking place in Russia! 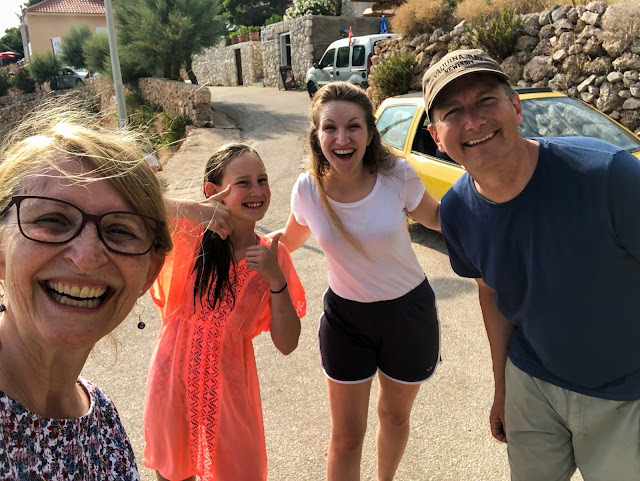 In our little village of Sv Nedjelja, everyone is down this pathway at the local pizzaria of Tamaris. 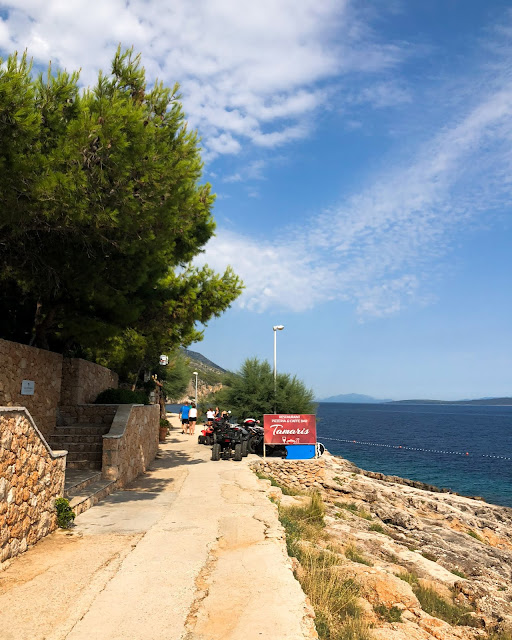 It's a packed house with all the townspeople, and those of us visiting, ready to watch the game. 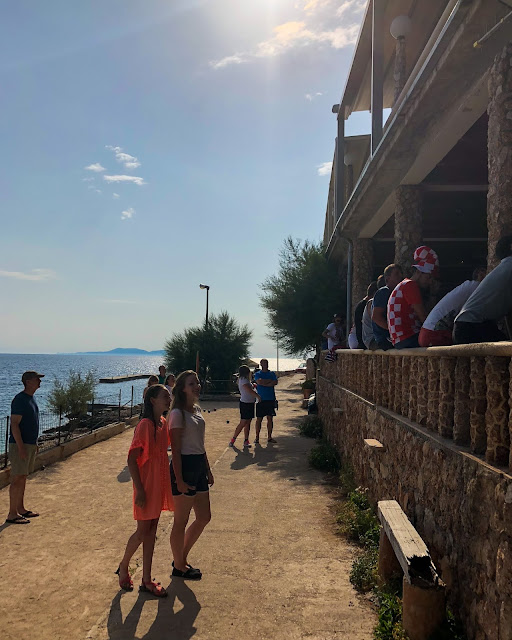 Dave crawled up onto the railing's edge to capture this picture to show this patriotic crowd, intently watching the match as it began. 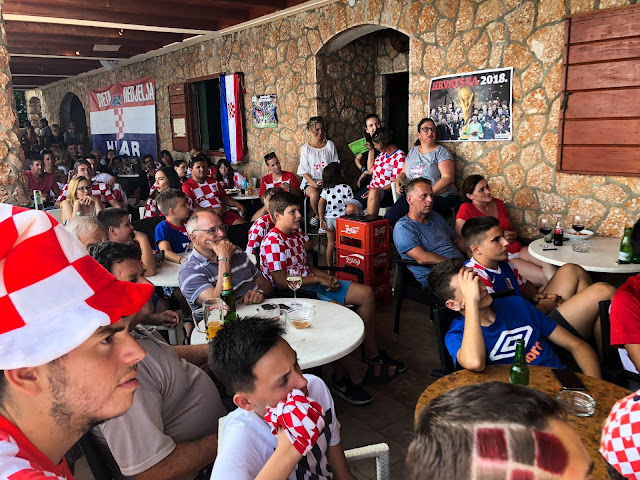 The first half was exciting! France scored first, but then Croatia tied it 1-1. 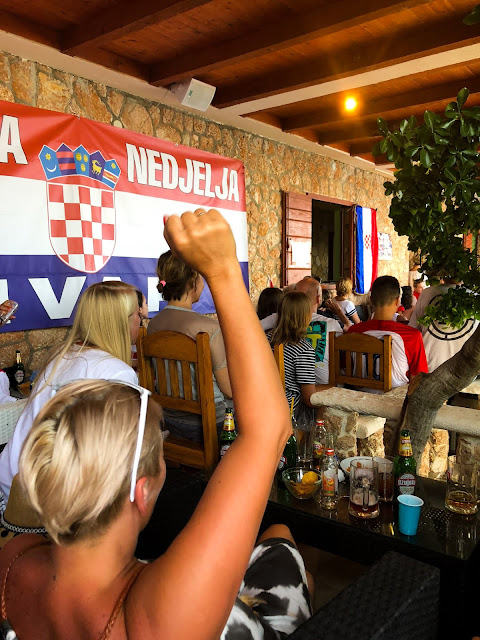 France scored again on a penalty kick, leaving it at 2-1 at the half.

The hometown crowd was still hanging in there, hoping for the best in the second half. 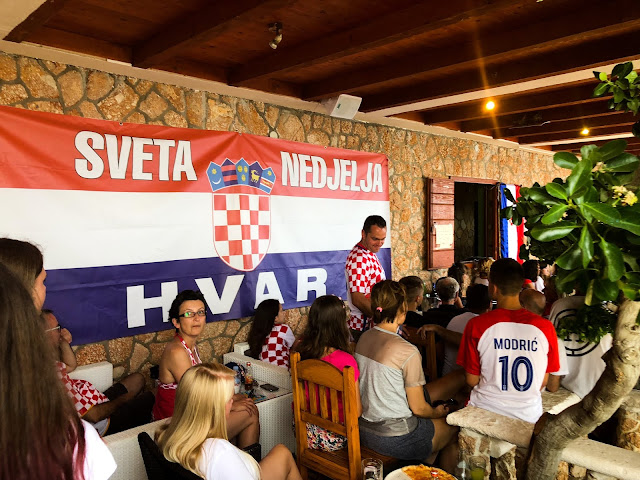 Croatia did score again, but so did France...another two times. Which meant the final score was 4-2, in France's favor.

But it was really awesome to see the response of the Croatians to their nation finishing with the Silver in the World Cup. 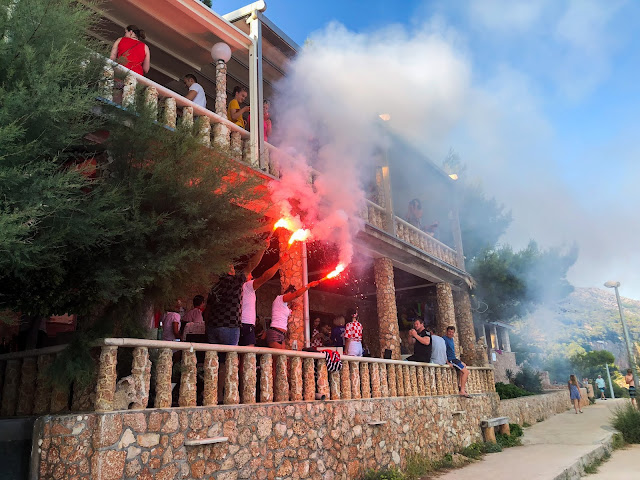 They celebrated anyway! Even into the night, people were setting off flares and fireworks, which of course had been meant for a first place victory.

But honestly...second place for the country of Croatia in World Cup soccer is amazing!

And in the end, the island goes on its beautiful way, as its done for centuries. 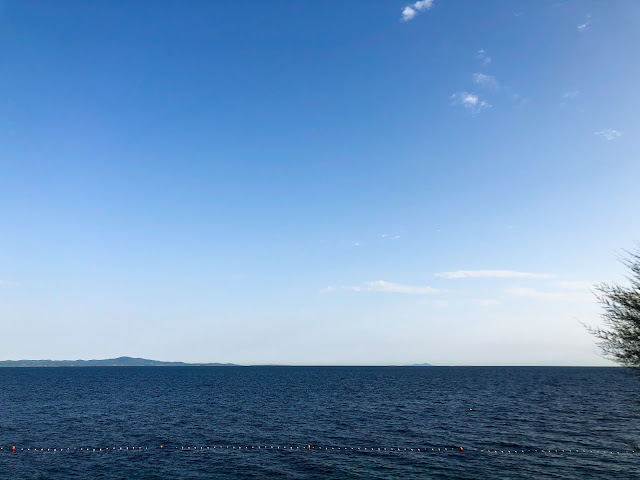