Saturday morning dawned bright and beautiful in Prague. I set off to make the half hour walk over to the place where our friends from Wyoming are staying. 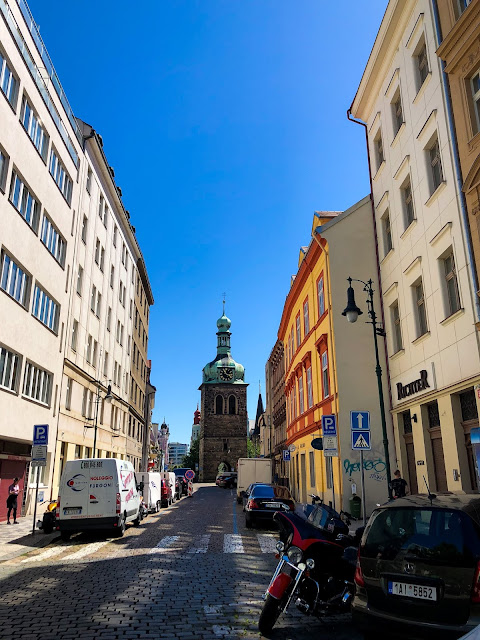 Just down the street from Dave's and my hotel was a great little espresso bar called EMA. If you're ever here it's worth tracking down! 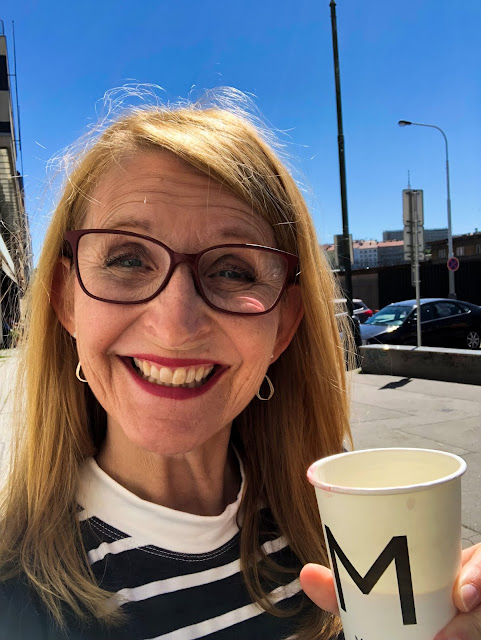 I continued my walk through the streets of Prague, noticing one particular thing with literally every step I took. 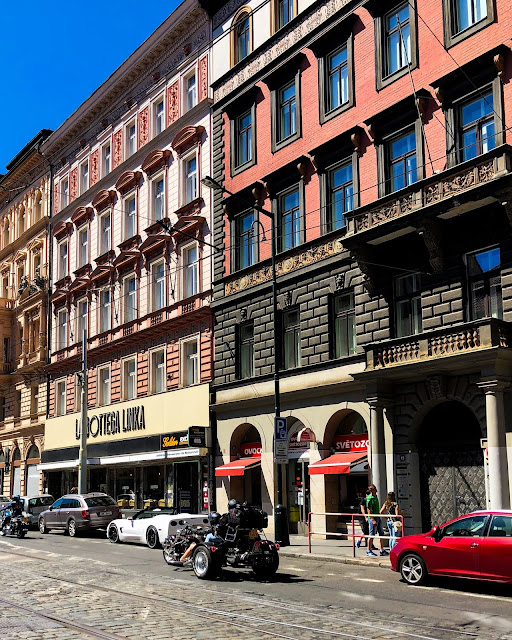 The 115th anniversary of Harley-Davidson is in Prague for the week-end IN FORCE! Every few steps I either saw a Harley bike, or someone wearing Harley apparel. It just struck me as hilarious to see this amidst of the beauty of Prague! 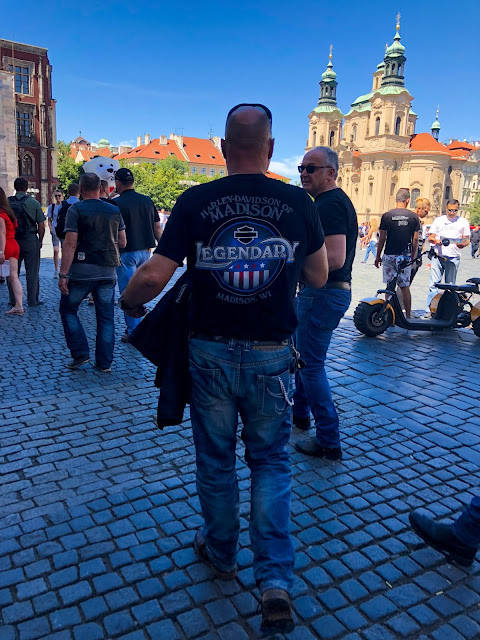 Over on Václavské náměstí, the bikes and their riders were thick. 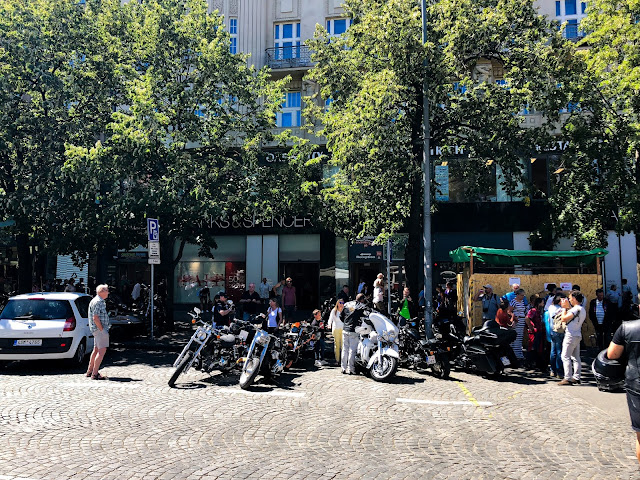 I'd heard that sometime during the week-end there would be a parade of bikes through the square, but had no idea when it would be. 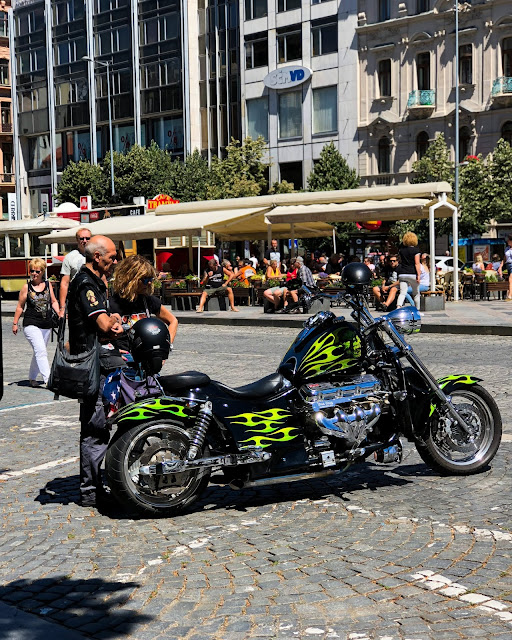 Literally within just a few minutes of arriving in the square, the parade started! And oh the Harley-Davidson sound -- "Potato potato potato" -- that boomed out as they rode by in droves!! 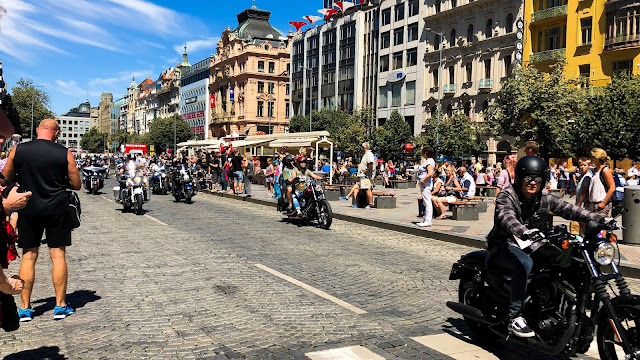 I've never ridden on a Harley, never even had a desire to!

But there was something so fun about watching these enthusiasts enjoy their ride. 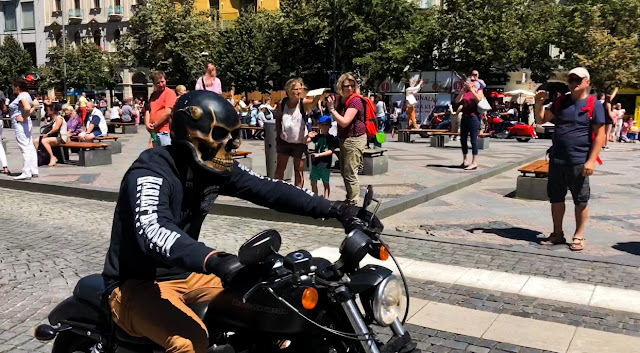 I wondered why there were some just sitting alongside the street, not participating. 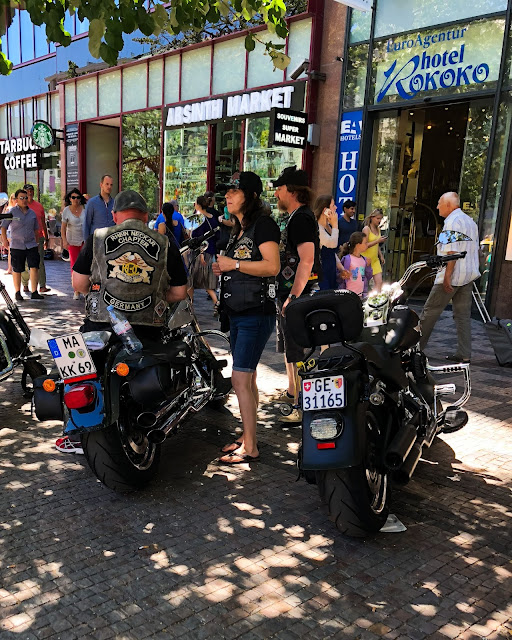 Later I found out through an article by Prague TV that the parade took place in three waves, with a total of 4000 bikes making their way down the most famous street in Prague!

I think I saw at least a thousand, if not more, while I was here today. It was a sight to behold. I'm glad I was there for it!
Posted by Living By Lysa at 7:00 PM